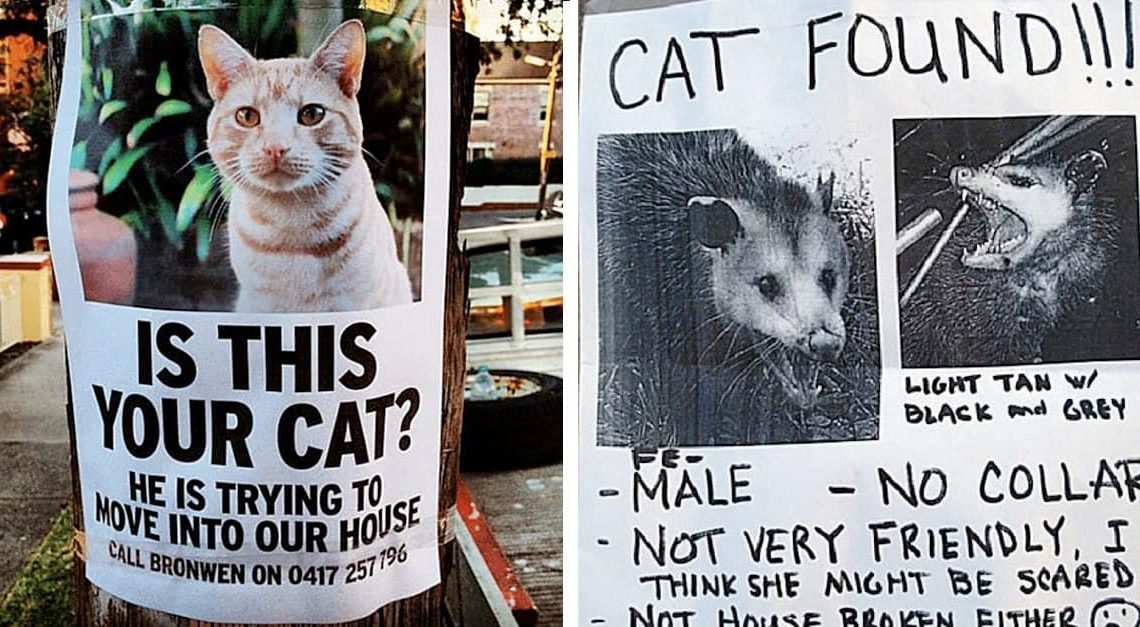 Cats are a bit rebellious in nature.

They do whatever they feel like whenever they want. They don’t care about what anyone thinks. Which is why they’re generally considered to be a bit bossy. They might give you orders, but they’ll never take them from you! It’s just how they function and there’s no way around it. One of their most favorite things is to wander around aimlessly. Now, it can be inside your house, outside in the garage, somewhere in your neighborhood, or even in a different town. You never know! Cats just love to wander and sometimes they get lost.

Now, if you know cats, you’d know that they are not very bright. They can’t get back home. Most of the time. Even if they’re only a short distance away. So, at times like that, the owners have to step up and find them. These days it’s quite easy to spread the word of any missing pet via social media. However, another popular way is by putting up “missing cat” posters.

It’s an effective method as the people living in the area can identify the cat and report back to the owner if they’ve recently seen it. But now that more people are using other means of finding their pets, a lot of people are getting creative with their posters by adding a little twist in them and making them more interesting.

The following list shows some of those eye-catching posters that people have put up over the years. Check them out! 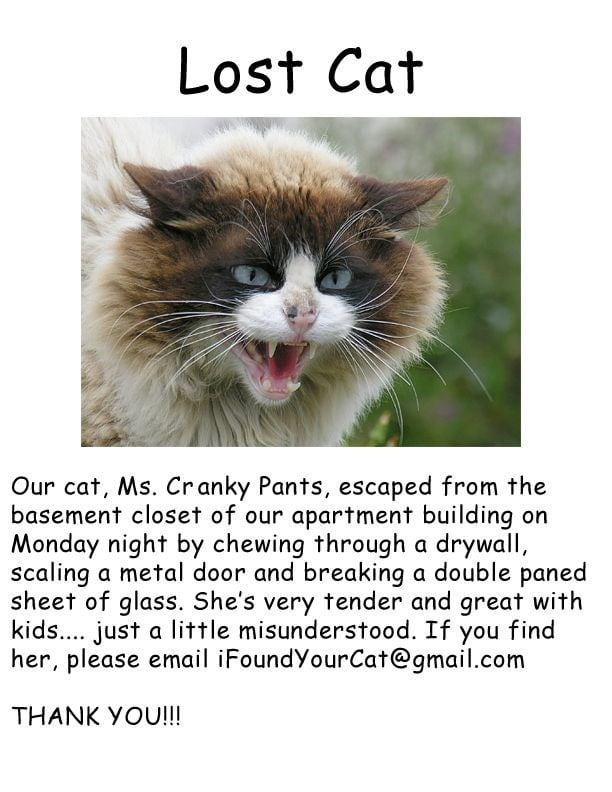 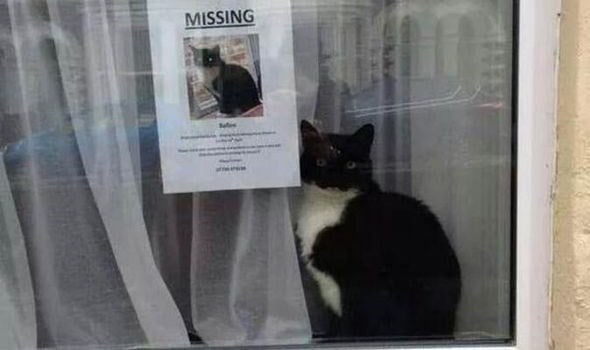 Budders is one naughty cat! 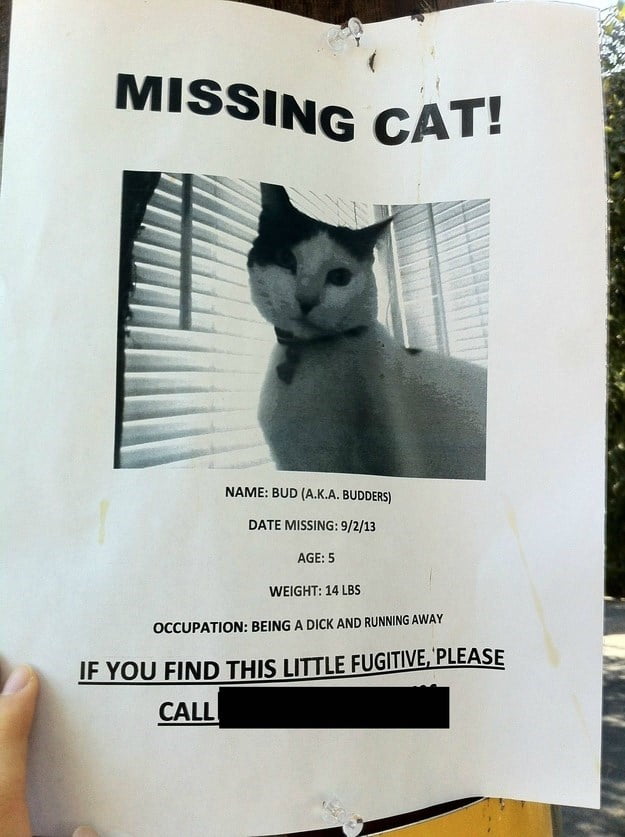 Okay, what the hell happened here?! 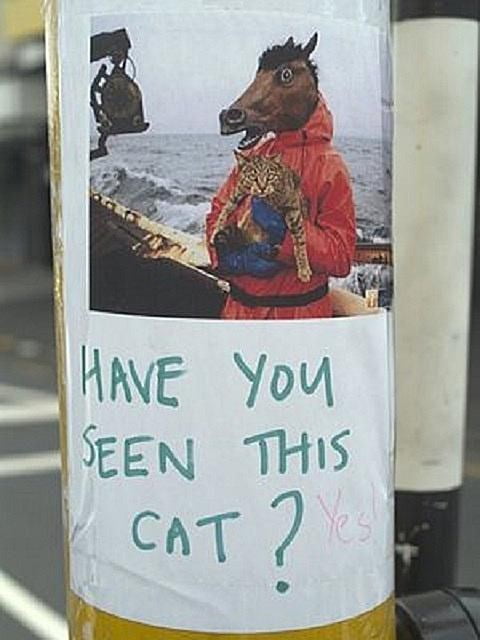 I’m not exactly sure if it’s a cat… 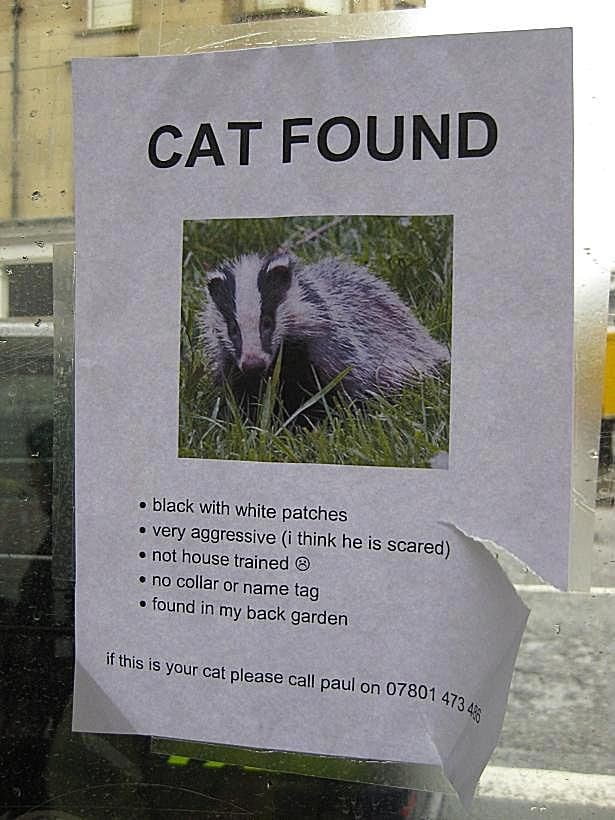 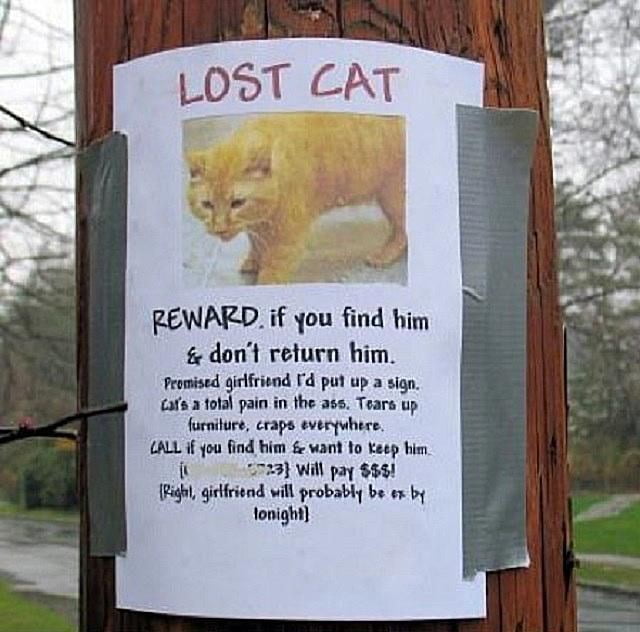 Well, that was straightforward. 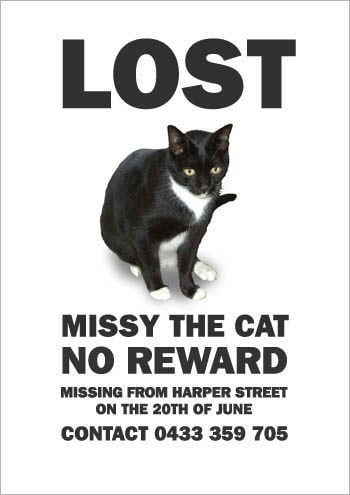 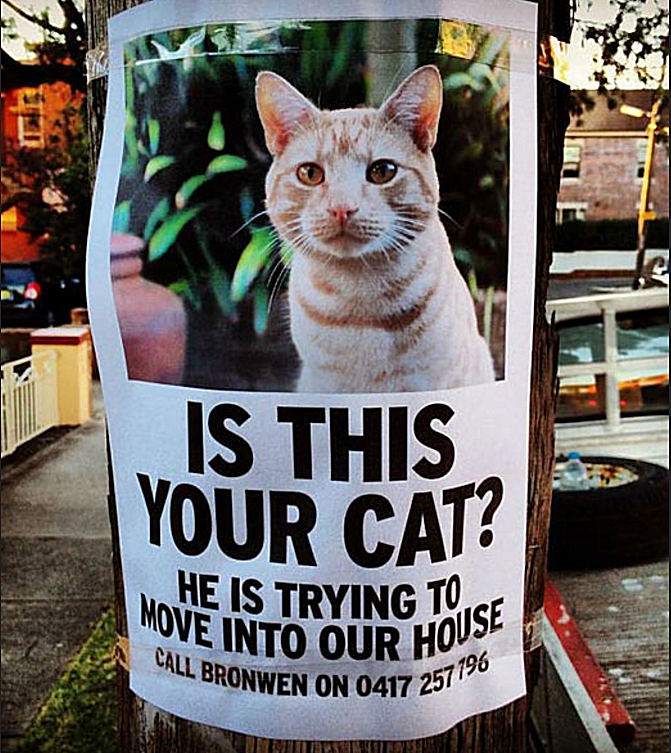 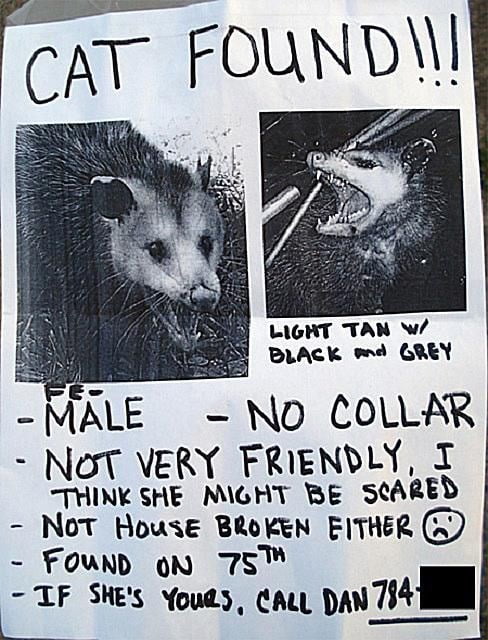 If you’re a cat owner and you’ve lost your cat before then you must know just how bad the situation can get. Our furballs clearly don’t care! They may act all smart, but they’re actually as dumb as a bag of rocks. It’s not like they run away on purpose (well, not most of the time). It’s just that they don’t realise what they’re doing. The will be sitting all terrified in a corner in your neighbor’s house “meowing” for help not realising they’re only a few steps away from home. It’s funny how they act sometimes, but then again, they are our furbabies and we love them regardless of how many times they cause us trouble. 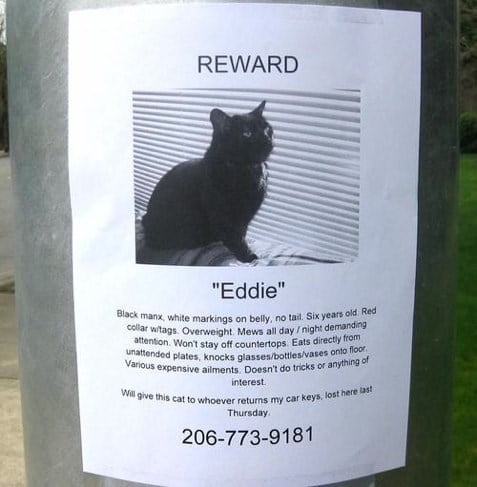 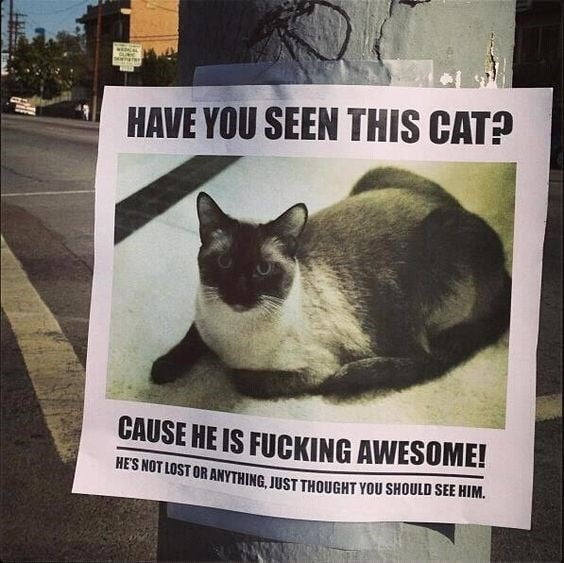 He looks so innocent and sweet. 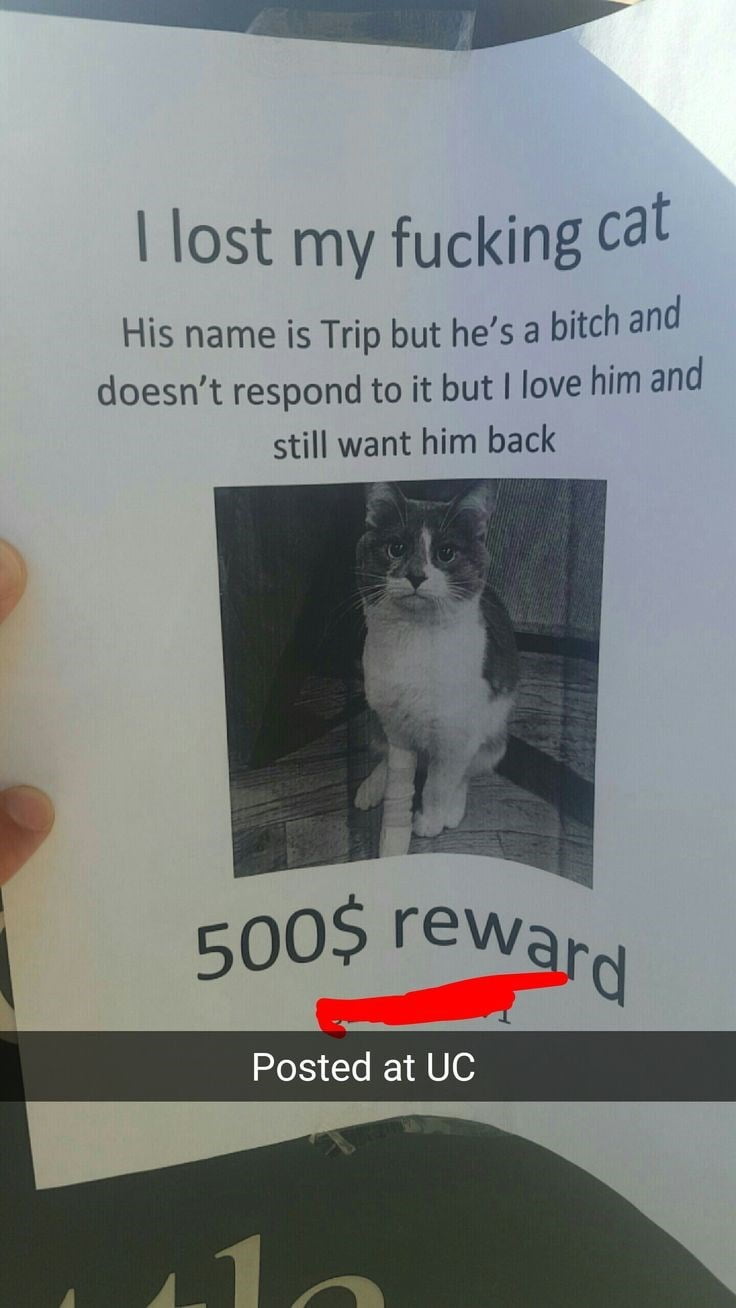 How did someone lose such a big cat? 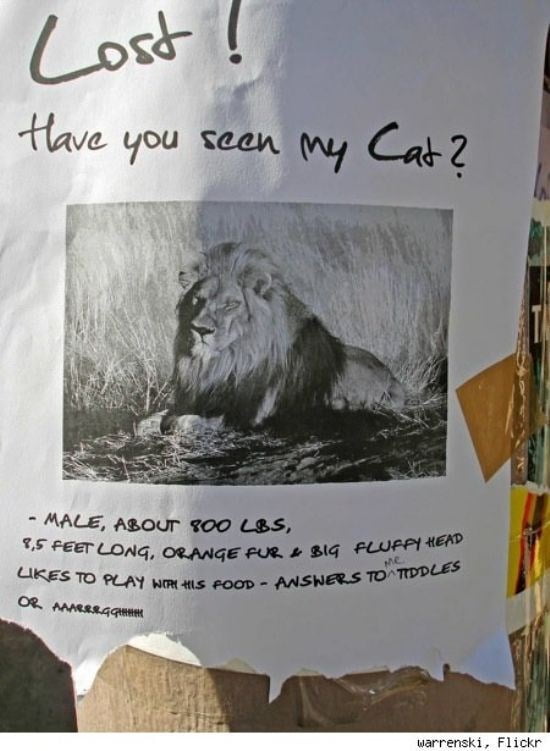 The details will definitely help. 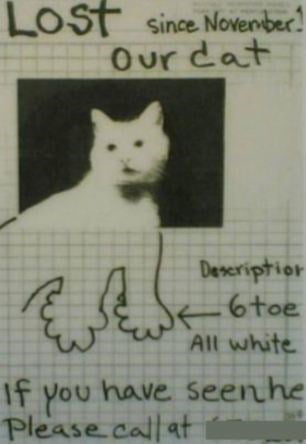 This sounds a bit suspicious. 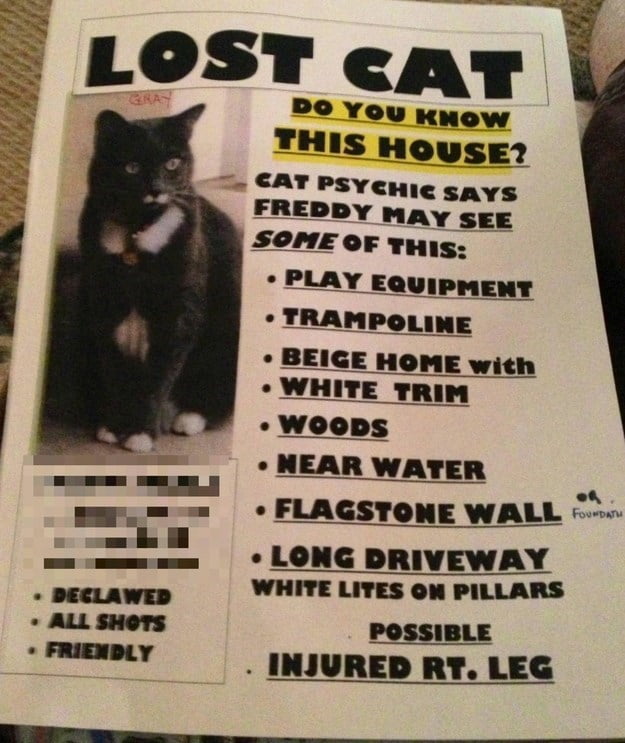 With details like those, they’re sure to find the cat in no time! 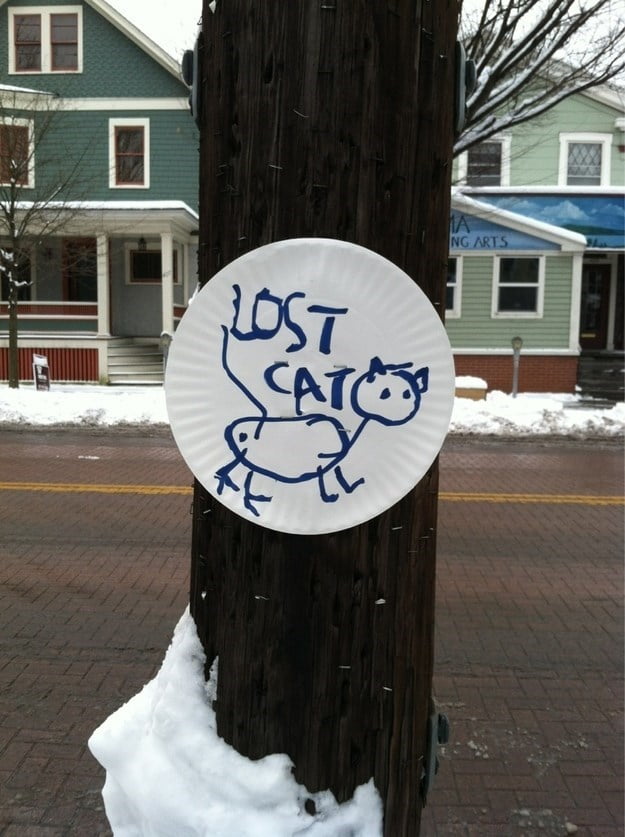 What do you think of these clever posters? Let us know in the comments below.