12+ Animals that nature has made unique 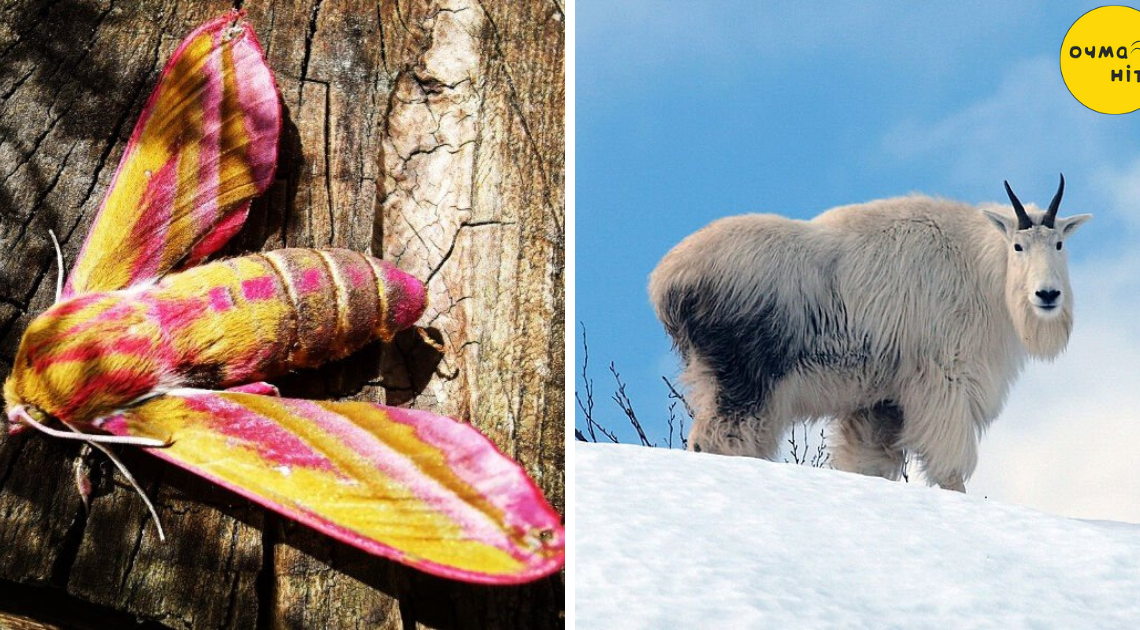 1. Crested duck – it would seem, just a duck, but her “hairstyle” gives it a special look. 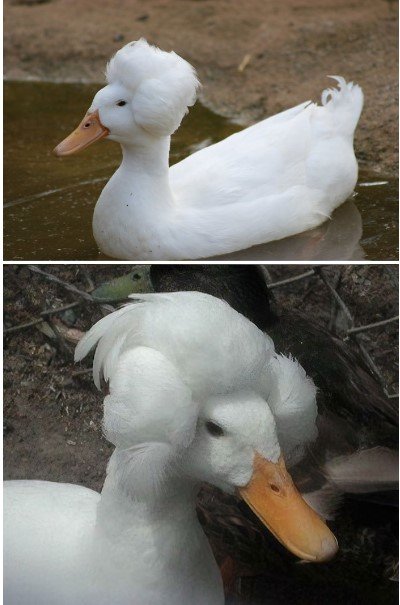 2. Striped tenrek is small and lives exclusively in Madagascar, digs burrows sometimes several meters long. In a state of anxiety, he raises the thorns on the back of his head as if about to fight . 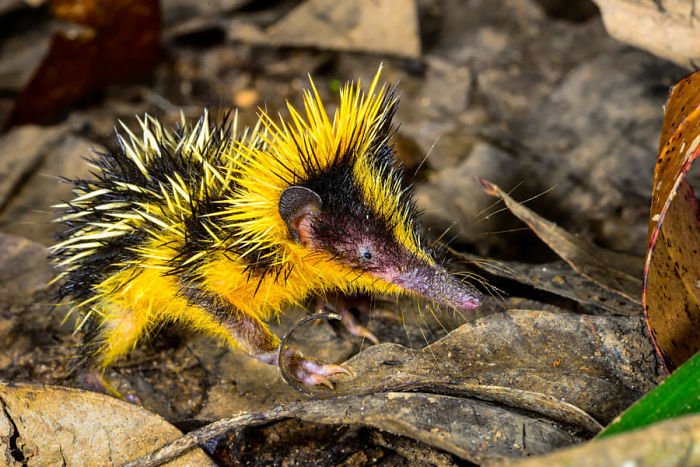 3. Fantastic leaf-tailed gecko is actually quite real, but small – up to 9 cm in length, including the tail. By the way, did you know that geckos do not have eyelids on their eyes, only a transparent film, and they use their long tongue to clean their eyes? 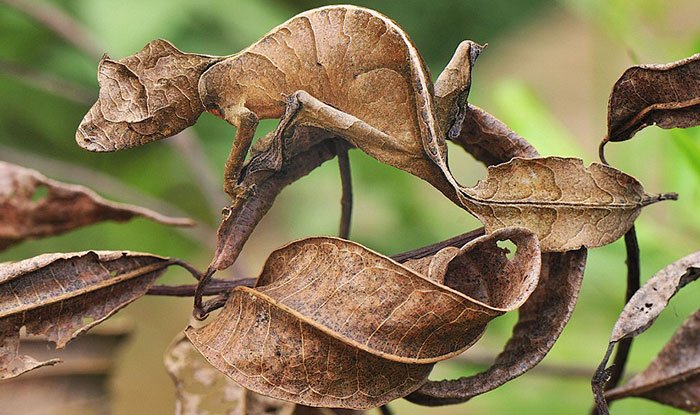 4. Blue dragon Glaucus Atlanticus – a gastropod mollusk that lives in the sea. So small, and so beautiful! On its sides there are finger-shaped outgrowths of cerate, due to which its buoyancy increases. Plus the clam regularly swallows an air bubble to stay afloat. 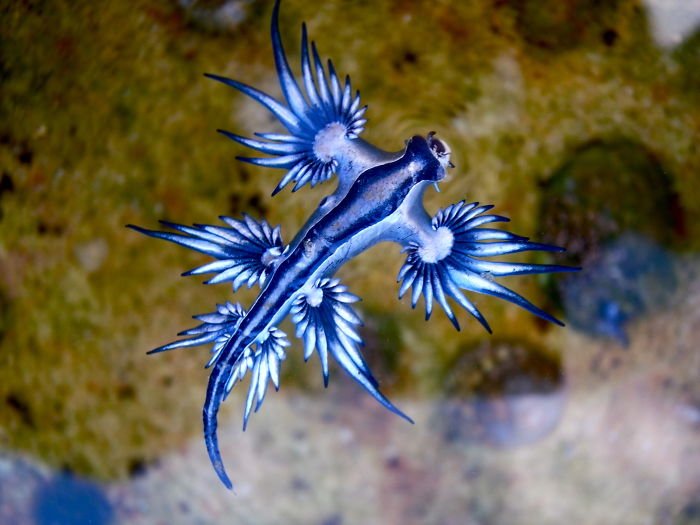 5. Brazhnik wine – a butterfly 5-7 cm in size, but with wings and a body of gentle yellow-pink color . 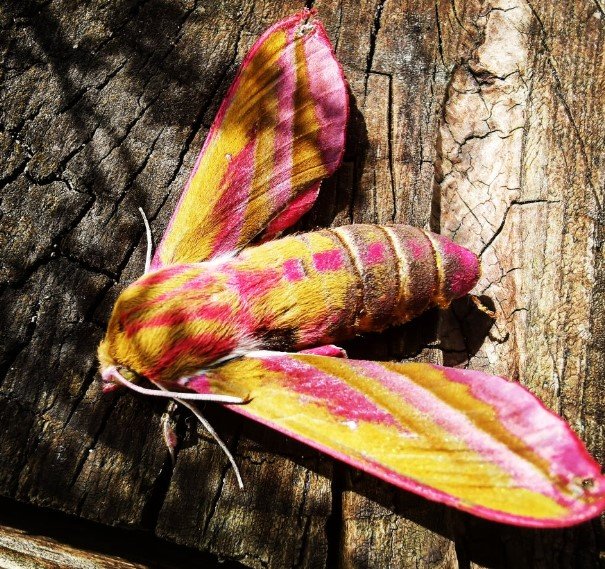 6. The ground wolf belongs to the hyena family, but lives in burrows, as it is smaller than ordinary hyenas. The mane rises in danger in case of danger, giving it a menacing appearance. 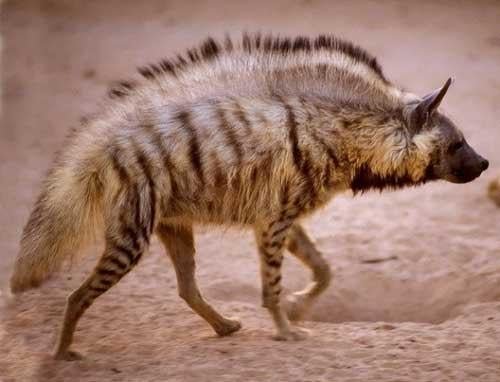 7. The snow goat is a little bigger than the usual domestic one, lives in the mountainous terrain of North America, sometimes even at an altitude of 3,000 meters above sea level! Due to the thick wool perfectly tolerates frosts down to -40 degrees. 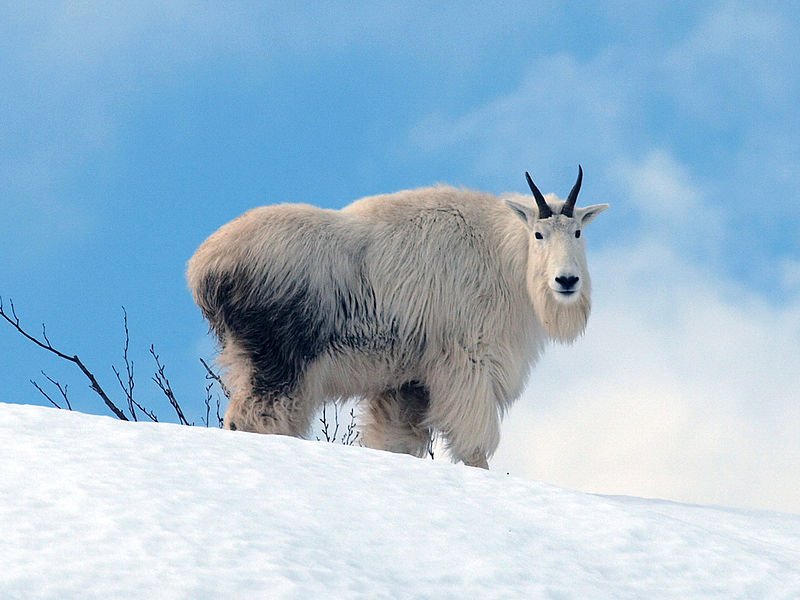 8. Khokhlach from the seal family with a skin-nasal sac on the head and a red blister in the nose, which swell when the animal is alarmed – that’s another spectacle. 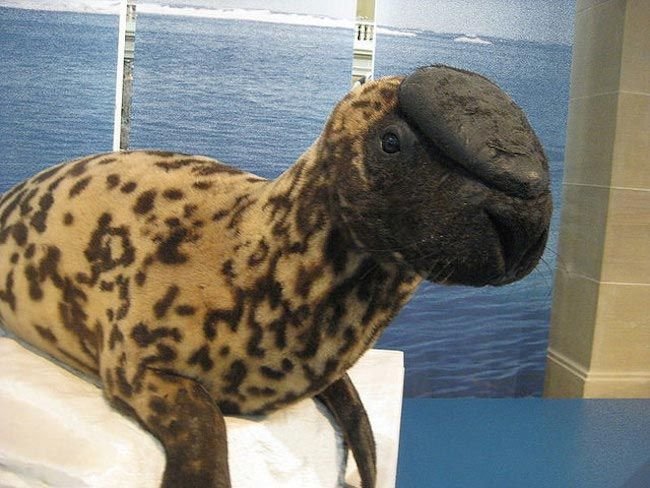 9. Secretary bird, so named because of the feathers sticking out of his head – because before the court clerks wore goose feathers in wigs, which they wrote . 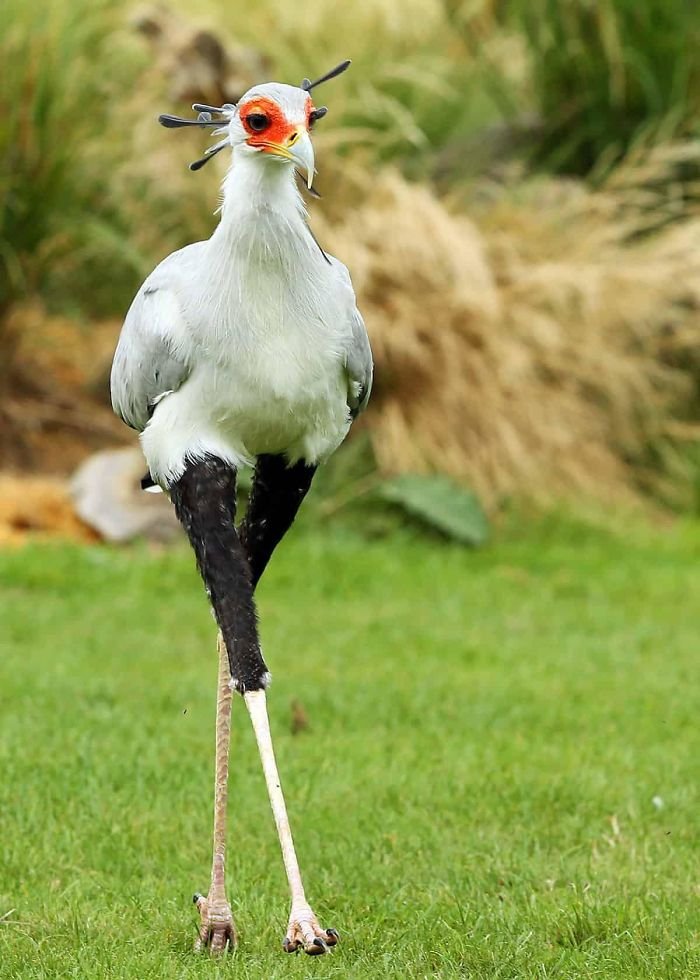 10. These are the eyes of a cat with heterochromia, when different colors are due to excess or deficiency of pigment .

11. And this dog is just a funny color. I even wonder how it turns out . 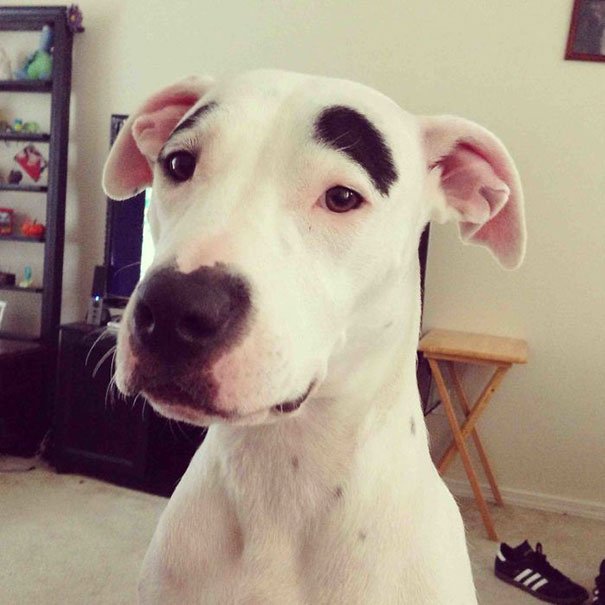 12. Malorota macropin with a transparent head and eyes inside, which are thus protected, but continue to observe the prey around. 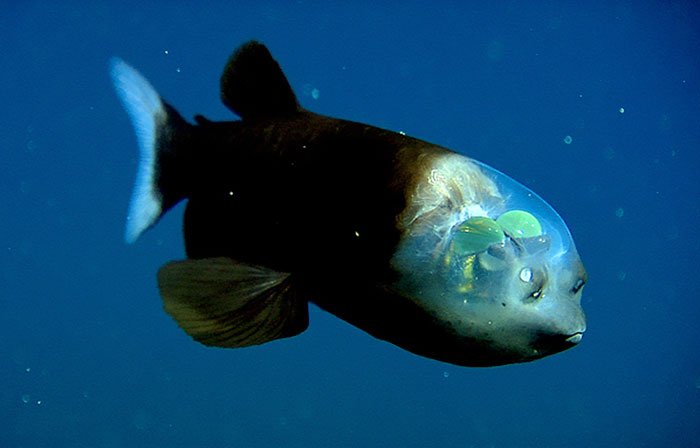