16+ Pictures Capturing a Darker Side of Nature 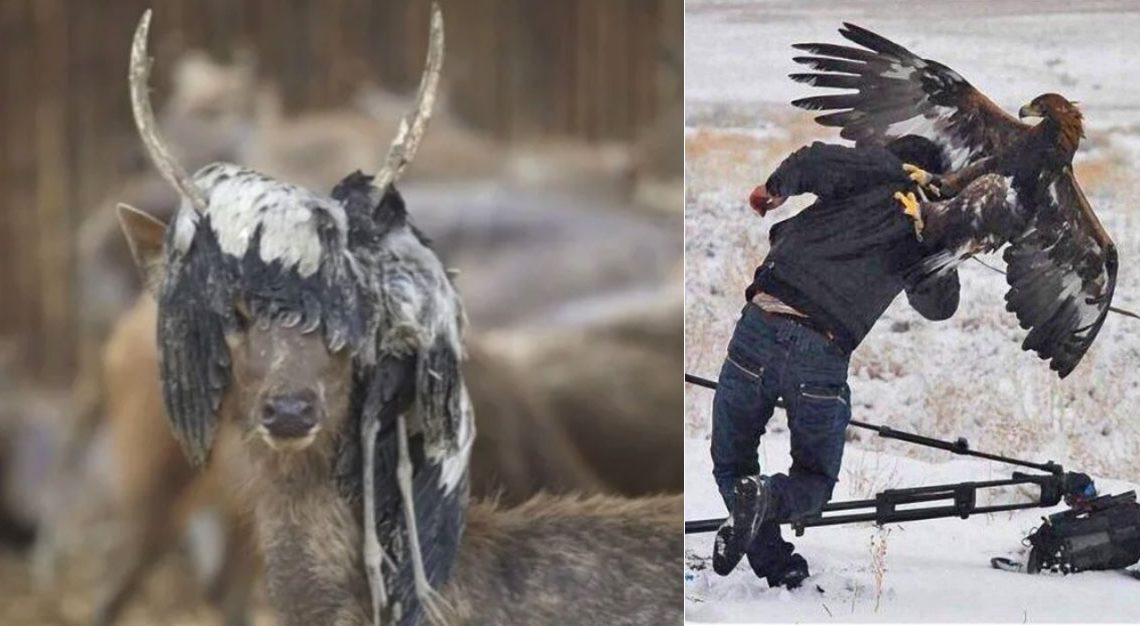 If you’re a person who doesn’t spend a lot of time outdoors, you probably don’t get the chance to see a lot of wildlife. But when it comes to what you’ll see below, probably you would still prefer to just sit inside, set the temperature how you want it, and ignore these caught-up scenes that are neither serene nor relaxing.

1. It’s hard to tell how this gazelle got into this situation, but it’s hard to blame it for not seeing a way out. 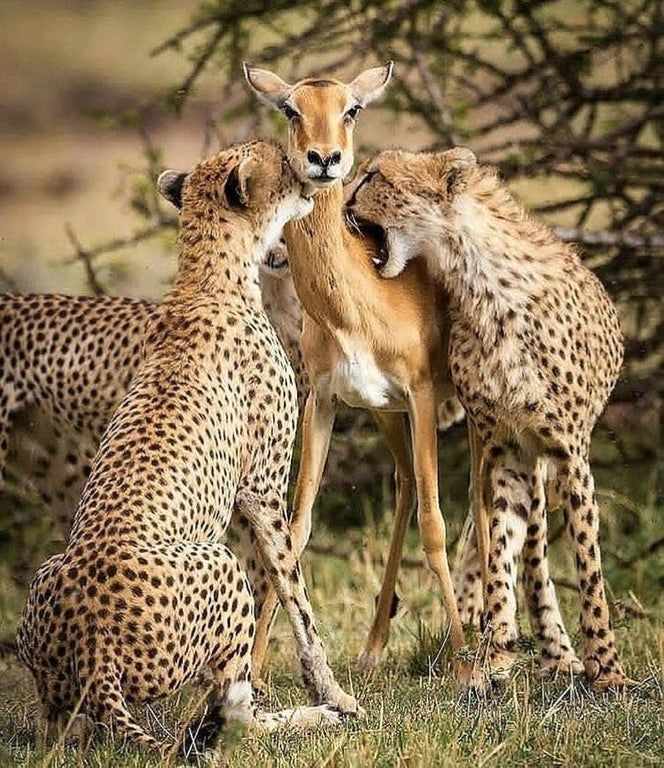 2. The day’s already not going well for this little penguin, and it’s probably about to get worse. 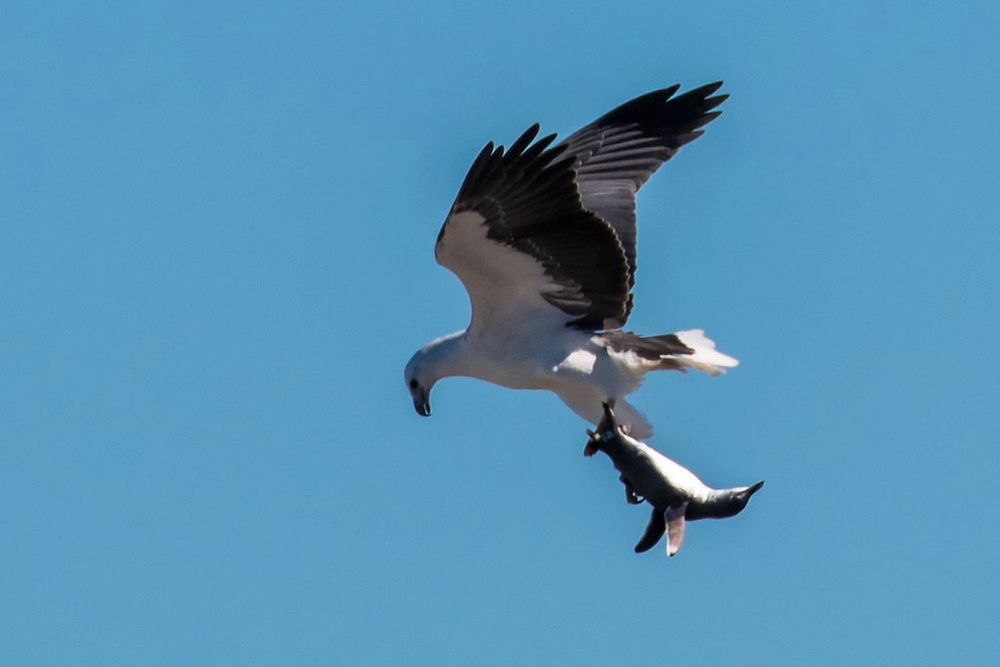 3. It’s a little hard to tell what this wasp is eating, but it probably wouldn’t have been when it started. 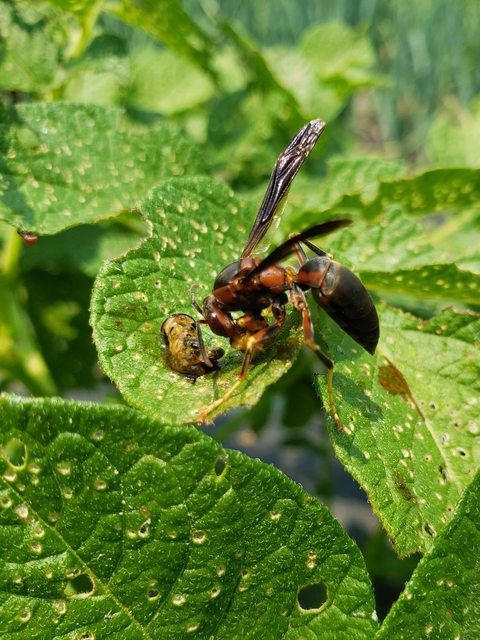 4. These jumping spiders have no issue with eating each other, but it goes a little deeper than hunger. 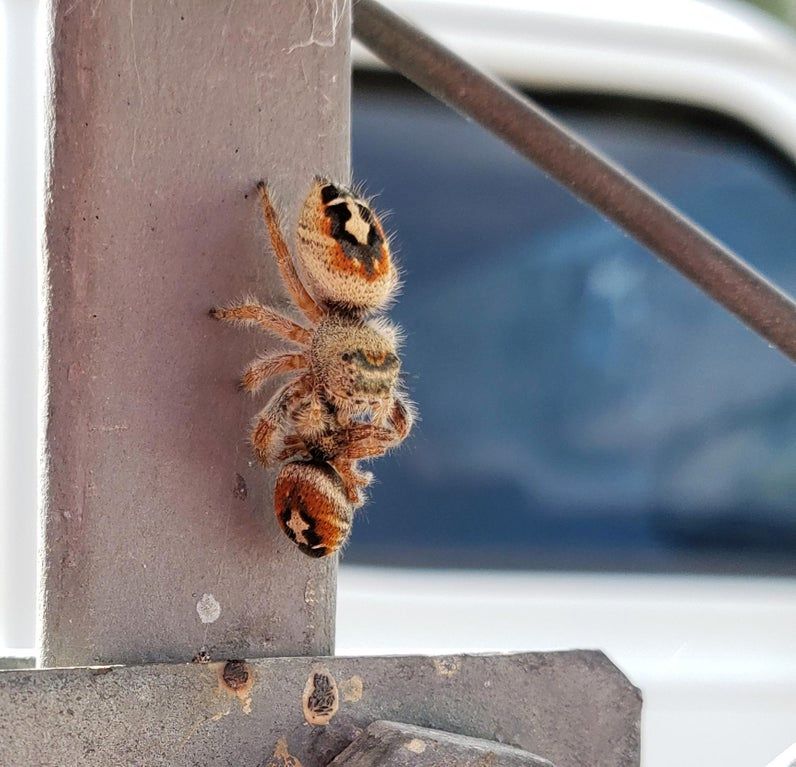 5. Yup, there’s nothing suspicious about how chummy this hawk is being with this squirrel. 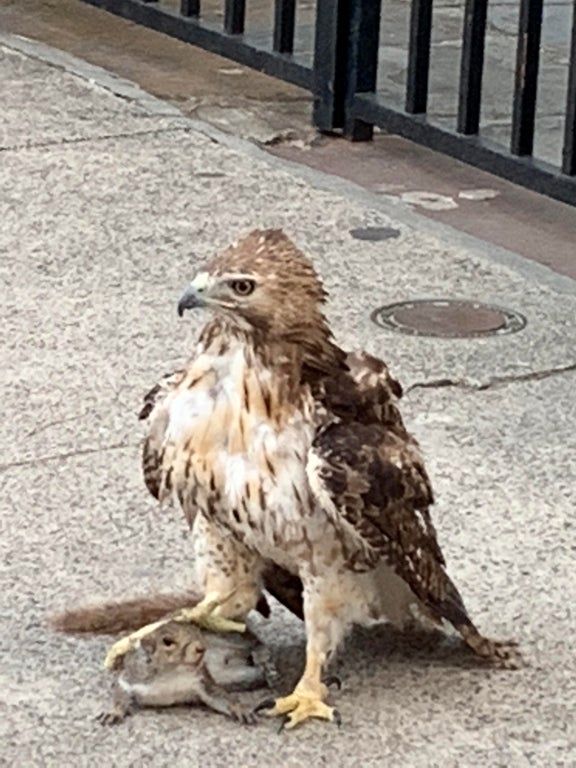 6. Apparently, nobody won in this fight between snake and toad. 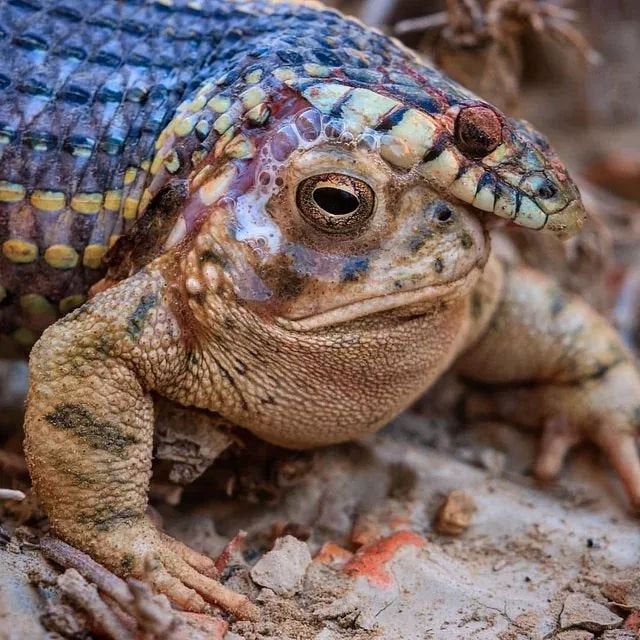 7. There was a much clearer winner between this African rock python and this impala, though. 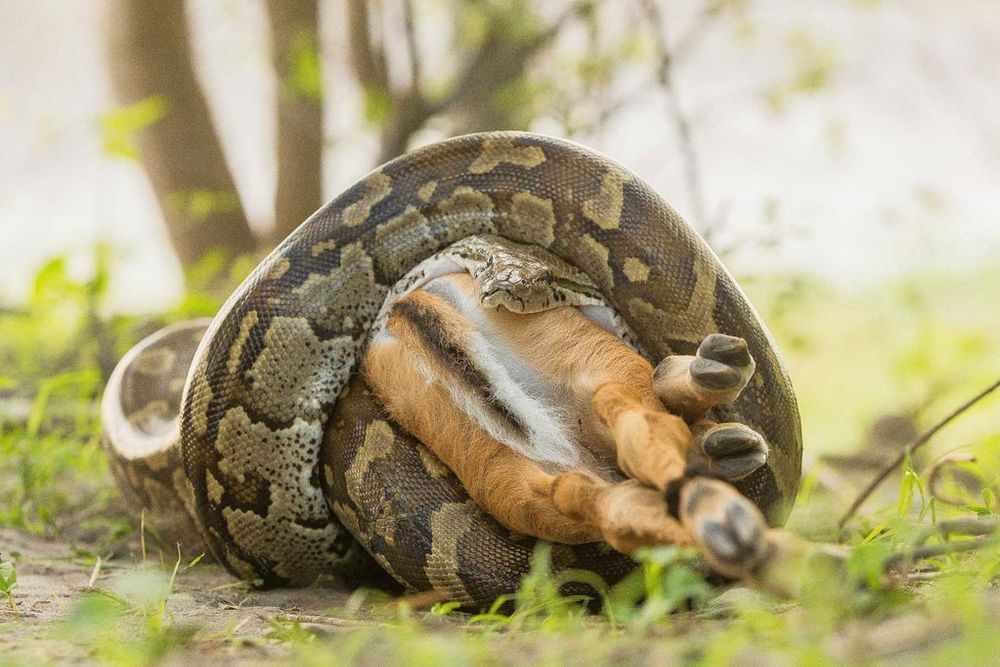 8. Some people were nervously wondering what this is, but the answer isn’t as scary as they thought. 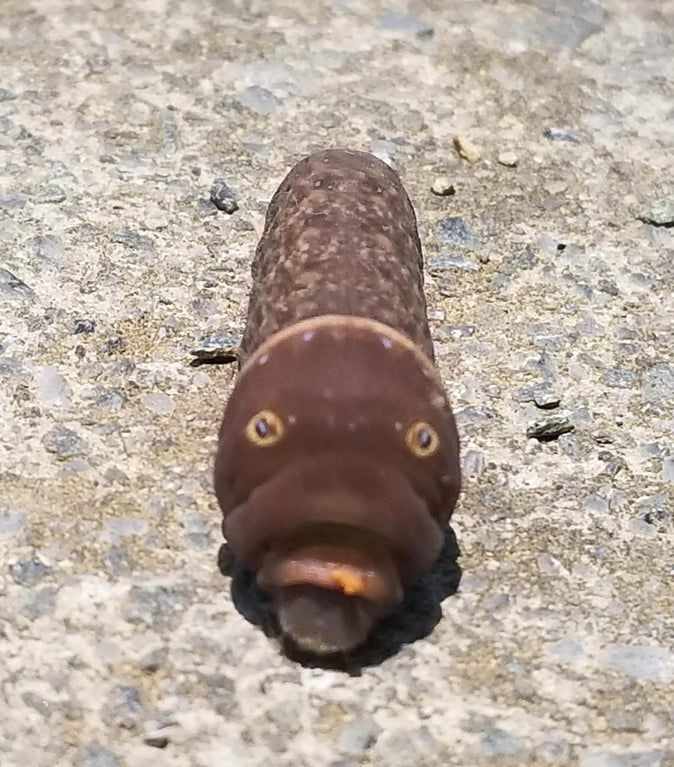 This is like a rubber eel, which is a member of the caecilian family. These are amphibians that spend much of their time underground and are known for having sharp teeth.

They can also have toxic glands in their skin, but this shouldn’t matter too much as long as you don’t try to eat them whole.

9. Cats may do very well against birds, but they’re not always the winner in that fight. 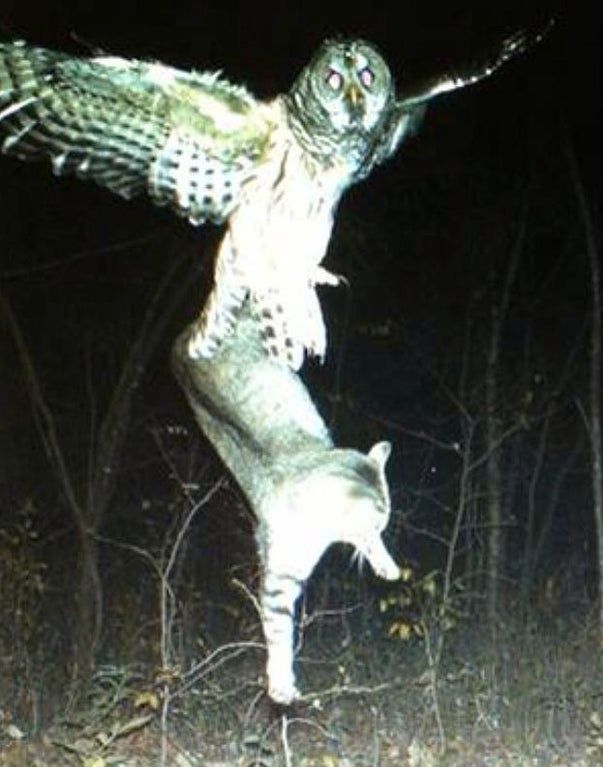 10. It’s hard to tell how this situation started, but this Cape buffalo is clearly not happy with that baby elephant right now. 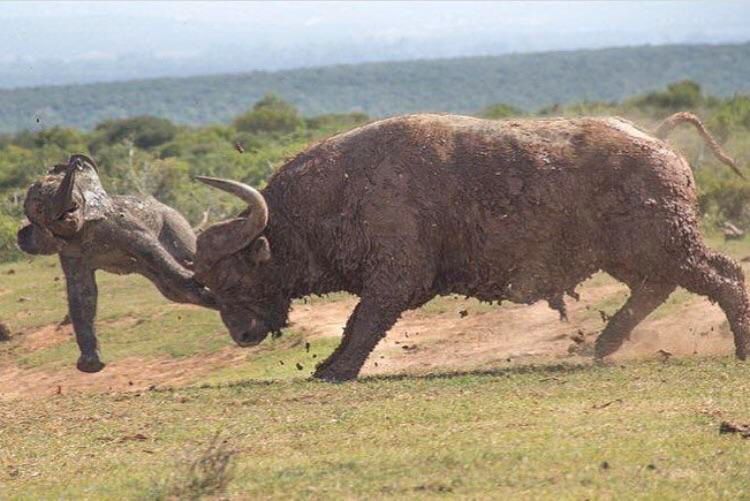 The mud could be a sign of what happened before this was taken, or it could be incidental. All we know is that the mama elephant is not going to like this.

11. Something tells me this isn’t how this black-faced vulture expected its day to go. 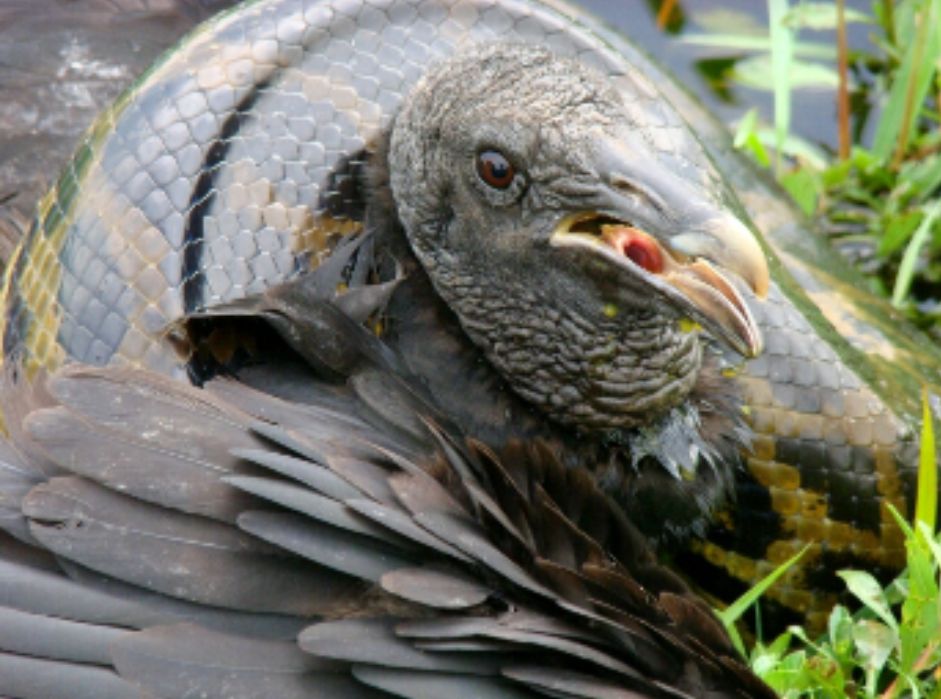 Somehow, it ended up in a losing battle with a yellow anaconda and even the vulture seems like it’s unsure about how it got there.

12. Although it’s usually over when a snake fits something down its throat, that isn’t always the case. 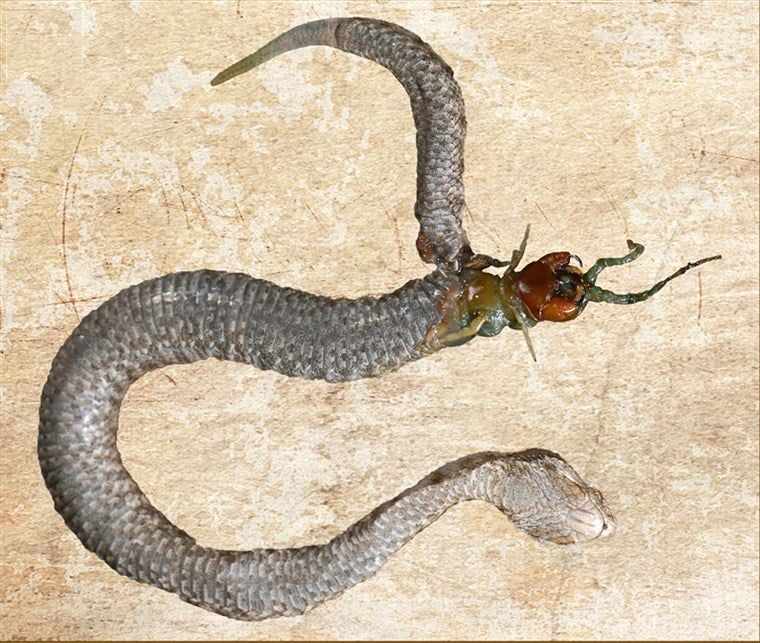 For instance, this equally terrifying giant centipede was somehow able to chew its way out of the snake’s body.

Unfortunately, its victory was short-lived as it apparently died before it could get out. This is likely because it got stuck.

13. If you see these clouds, not to worry. They look scarier than they really are. 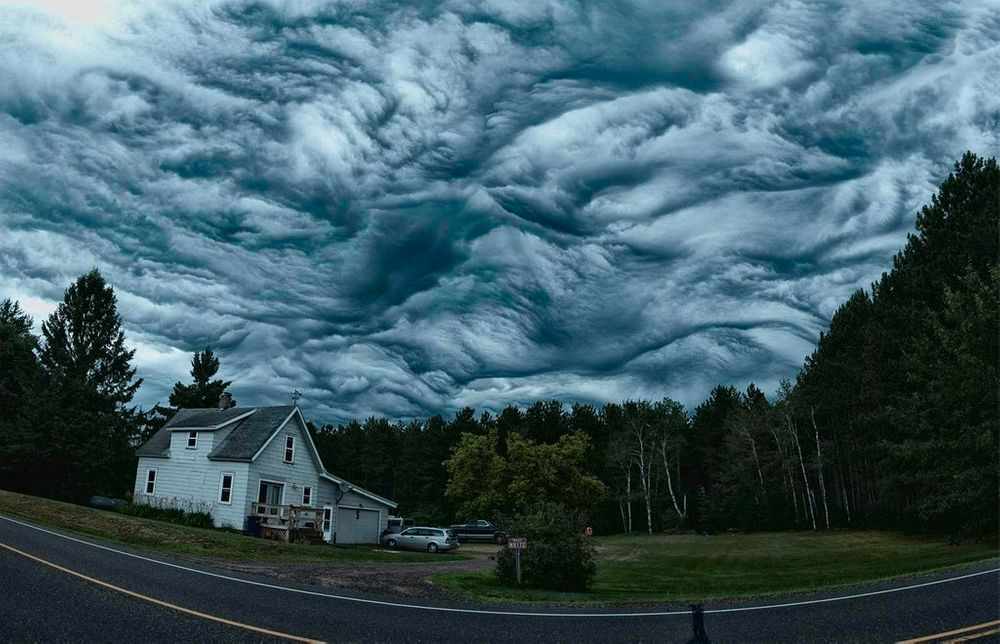 According to the Universities Space Research Association, these are undulatus asperatus clouds. Despite how turbulent they seem, they’re actually more likely to come after a storm has already passed than to herald an incoming one.

14. These teeth definitely belong to a dangerous predator, but it might not be the one you’re expecting. 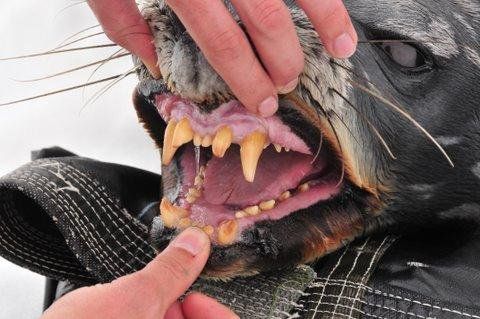 Seals may be the adorable stars of aquarium shows to us, but a lot of penguins know them better for what happens after they bare these intimidating teeth.

15. Even though they may be from the same family, it doesn’t mean hyenas and wild dogs aren’t threatened by one another. 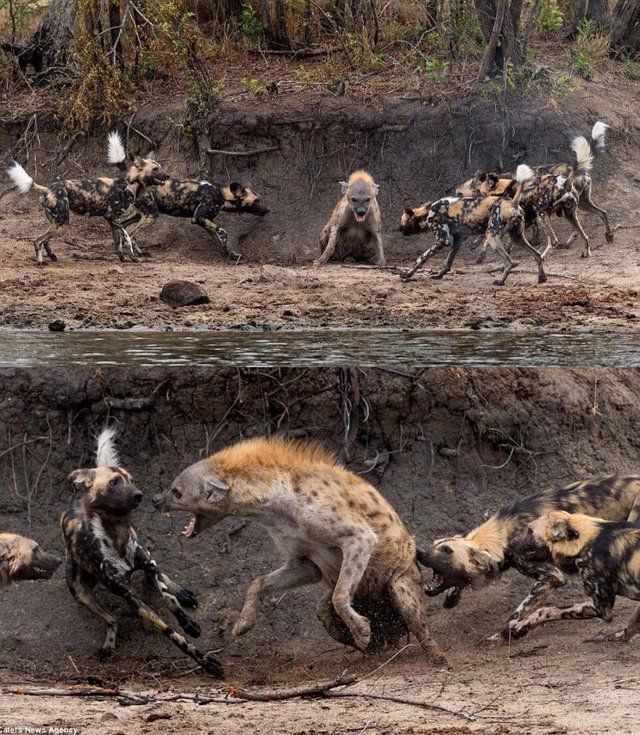 I don’t blame the hyena. I wouldn’t want to be ganged up like this either. 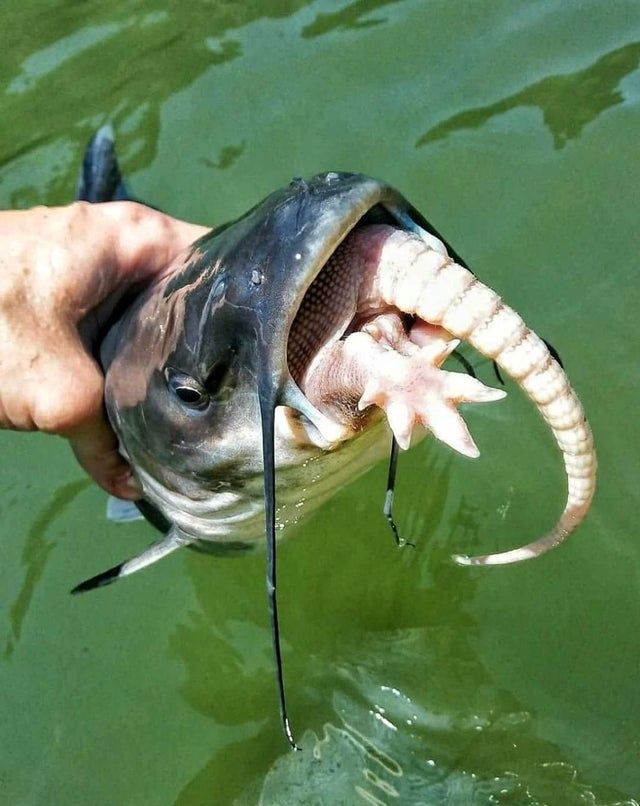 It looks like this catfish bit off more than it could chew, literally. It tried to gobble up an armadillo, but it looks like it might have struggled a bit to get it down.

17. This mama eagle risked her own warmth to protect her eggs.

She buckled down and braved a blizzard to lay on top of her eggs and keep them warm. This not only is a great example of animal extinct but of motherly instinct as well.

18. I think I’ve seen something very similar in a horror movie or in a bad nightmare. 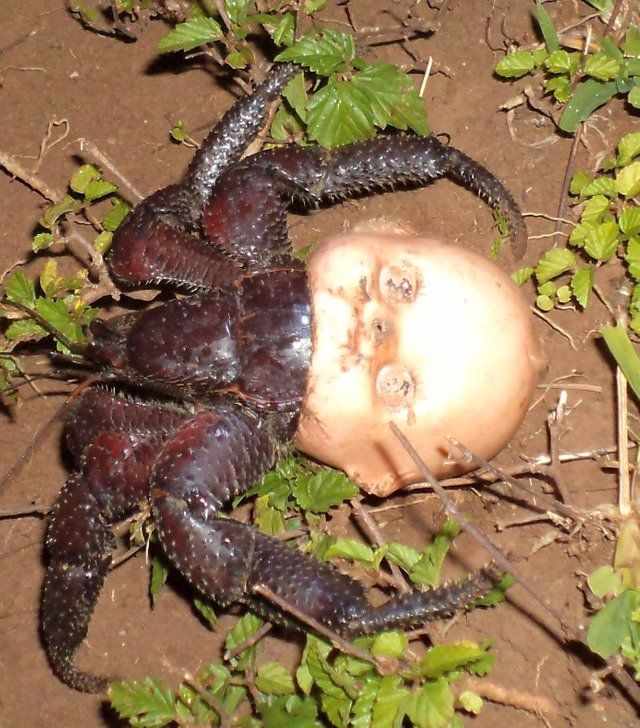 This crab found what it could out in the wild and made this abandoned baby doll’s head its home.

19. This croc was no match for the ferocious and aggressive hippo. 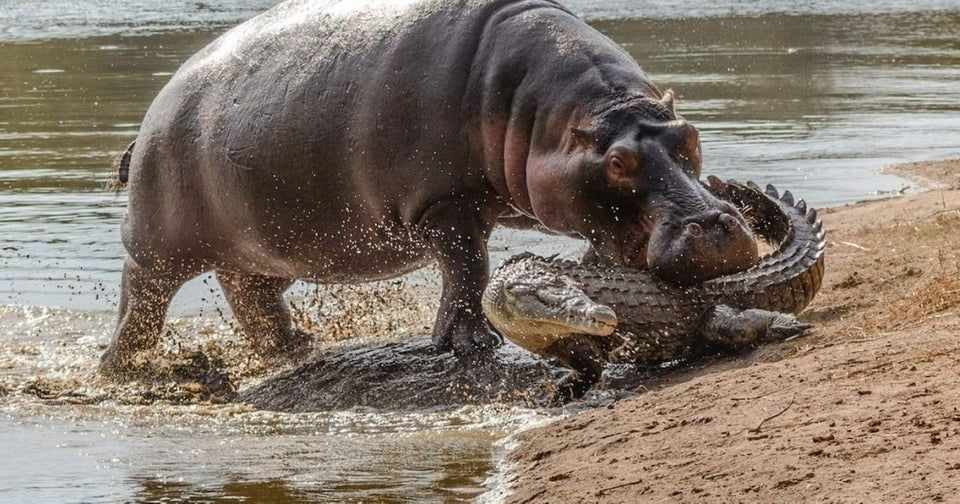 Even though hippos are one of the cutest creatures on this planet, they’re surprisingly one of the most aggressive animals on Earth.

20. I’ve always thought nature photographers were brave for capturing some of the most captivating photos of nature for us to see. 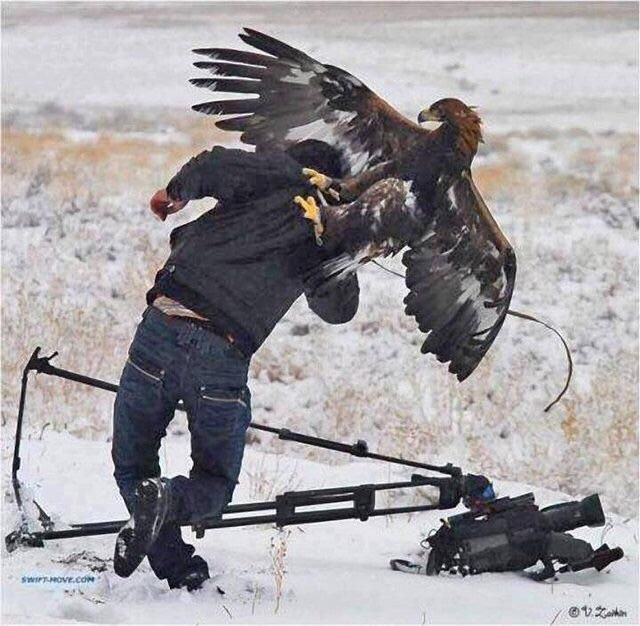