16 Useful Clues for Anyone Who Wants to Understand Dogs Better 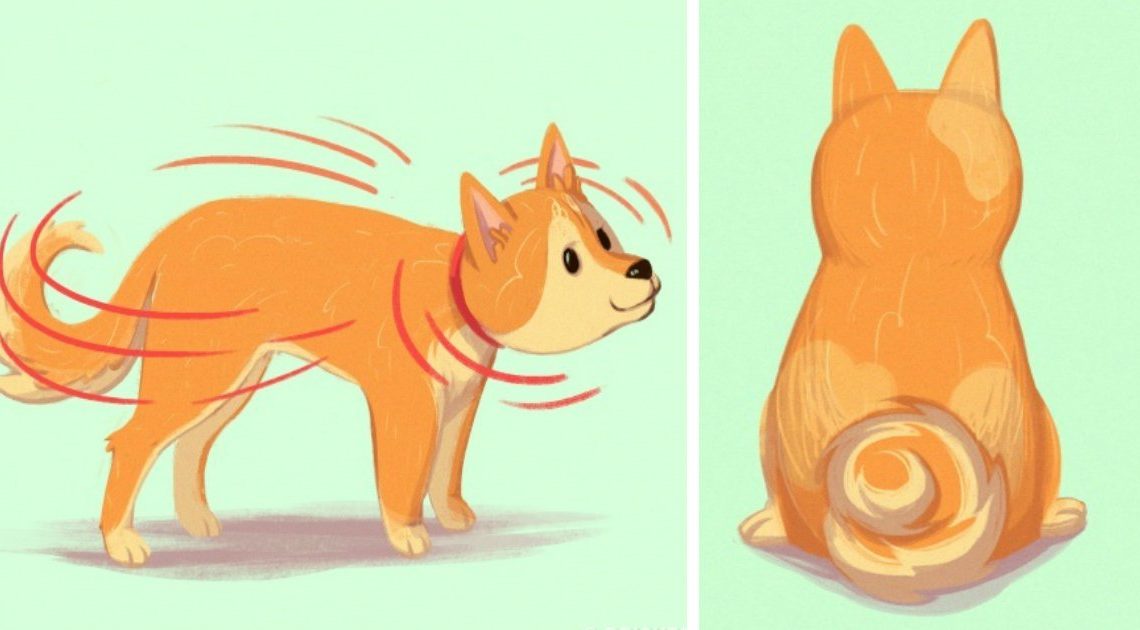 The dog wags his lowered tail. 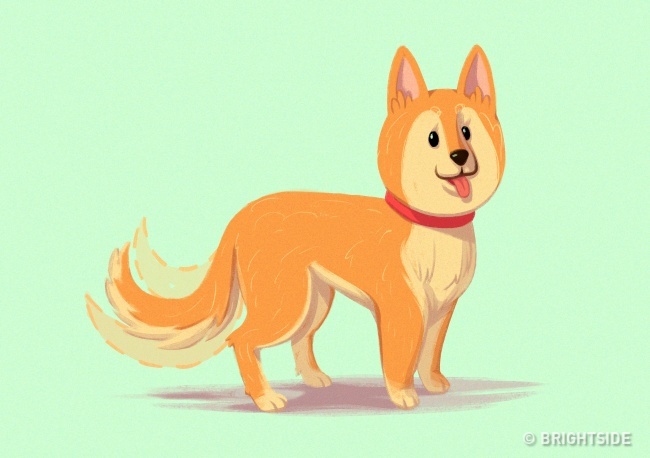 If the dog wags his tail slowly, he doesn’t understand what’s going on and is asking you what you want him to do. When the dog’s tail is wagging rapidly, this means he admits that you are in charge.

The tail is raised and tremors slightly. 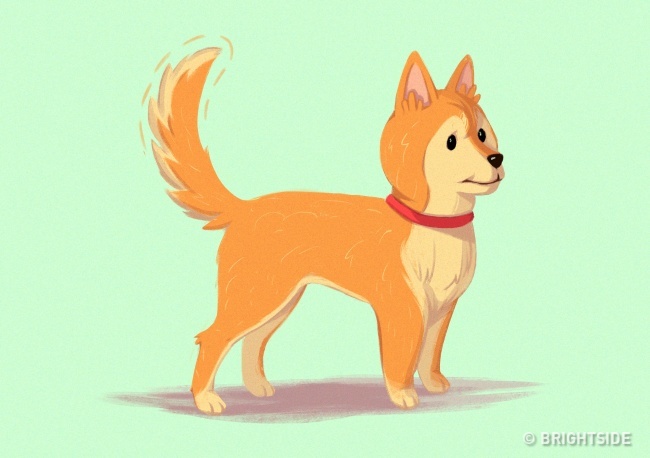 The dog is issuing a challenge to your authority because he considers himself to be in charge of the situation.

The tail is tucked between the legs. 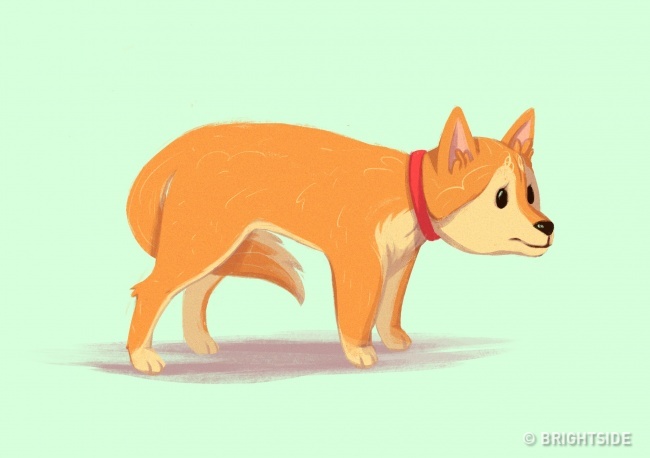 It’s a sign that the dog is scared, afraid of pain, or feels uncomfortable. If there are no obvious reasons for concern and your pet tucks his tail quite often, you should take him to a vet.

The eyes are wide open and alert. 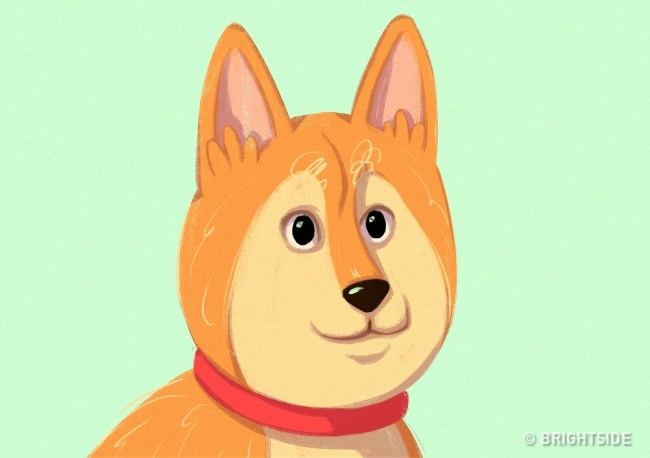 This is how your pet tries to get your attention. He’s challenging you and expects you to respond firmly.

The dog squints and blinks. 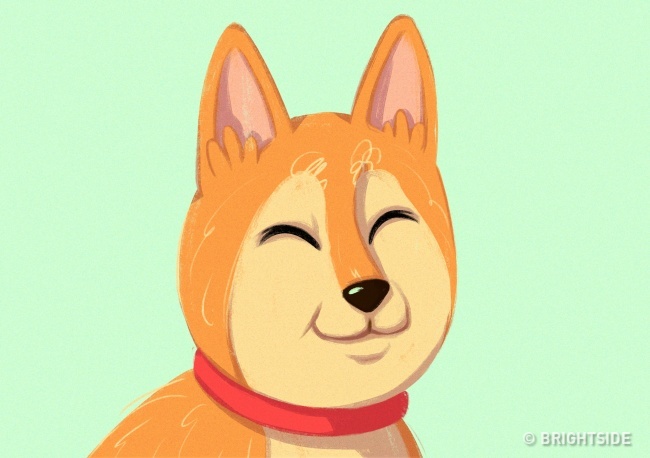 This means he’s ready to play. But if your dog squints a lot his eyes might be painful, and you should take your pet to a vet.

The ears are standing straight up or inclined forward. 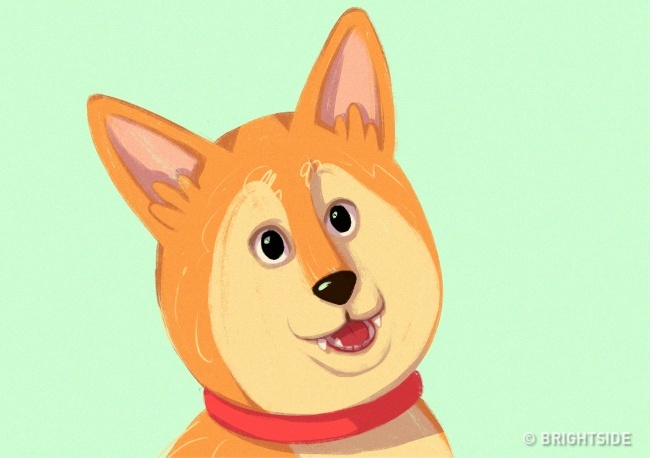 The dog is showing you that he’s curious and reacting to any new event in his environment.

The ears are flattened against the head. 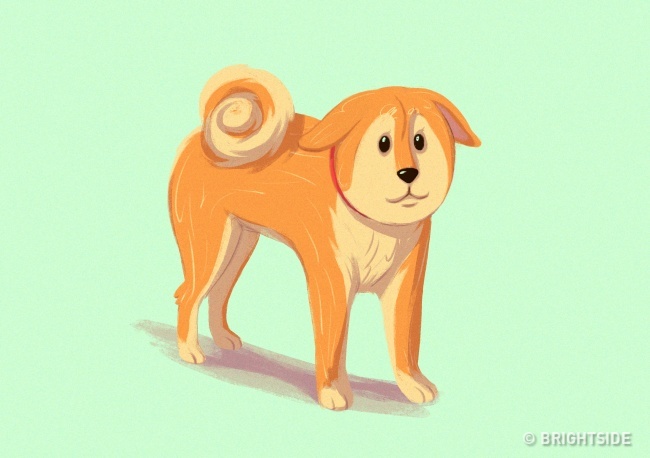 It’s a sign that the dog is scared. Sometimes your pet may have only one ear down, and most of the time it’s the left one. This is how dogs react to unfamiliar people or people they are afraid of.

The dog puts his head on his owner’s knee. 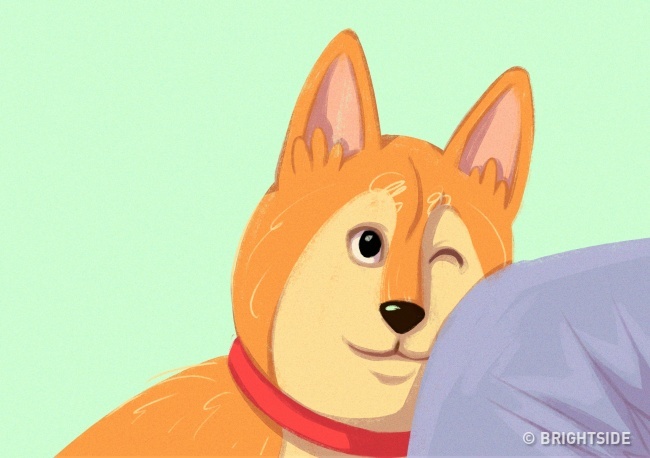 This means the dog wants to get attention and show that he needs you. If a pet touches the owner’s hands with his nose, he wants you to pet him.

The dog puts his paw on a human’s knee. 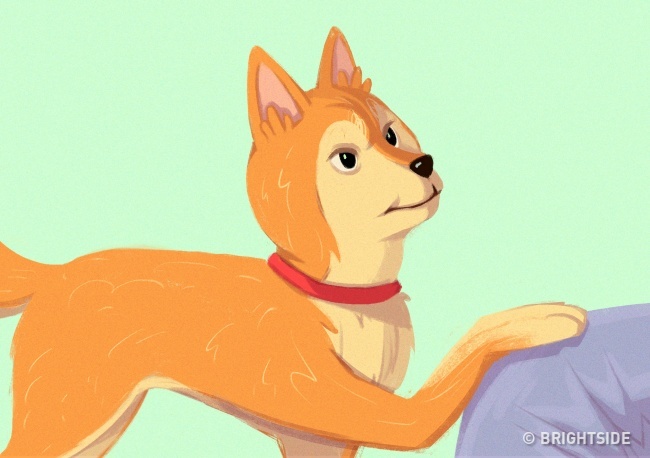 If the dog does this with a very smug look, he is trying to dominate. In this situation, trainers suggest looking into the dog’s eyes and removing the paw.

The dog has one front paw raised. 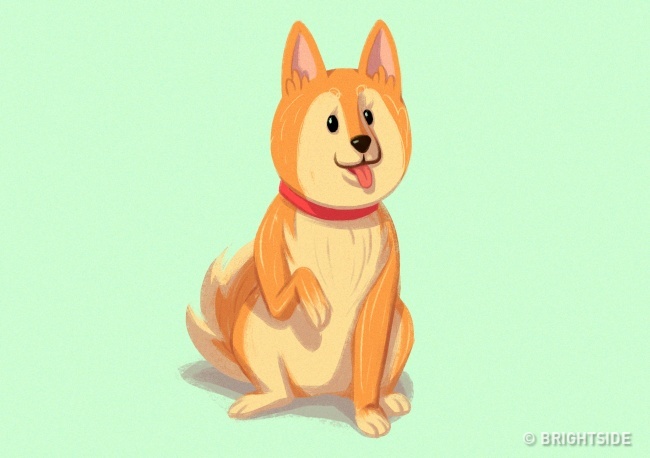 This stance means your pet wants to ask you something. Maybe he’s hungry or wants to play. Sometimes dogs do this (especially hunting dog breeds) when they notice something interesting.

The dog turns his back. 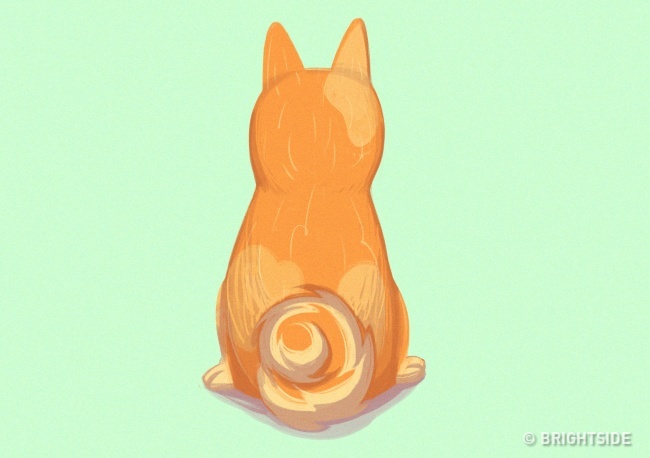 This action means that your four-legged friend trusts you. 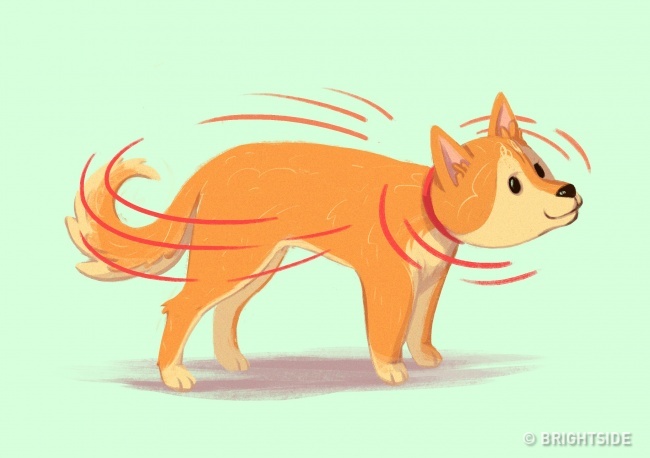 Dogs may shake (like they shake off water after a bath) as a way of relieving tension.