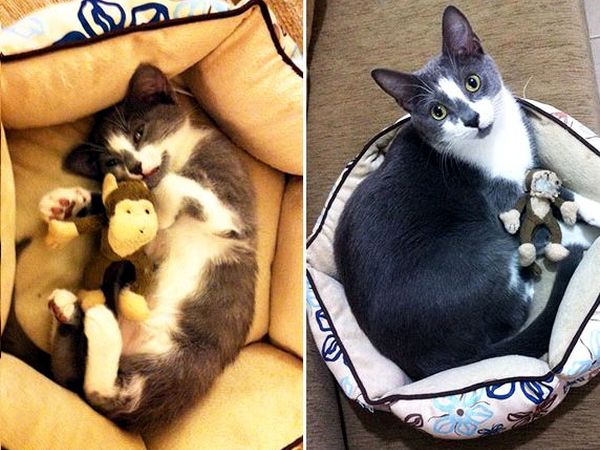 Most of us in childhood had a favorite toy, with which we did not want to part for a minute and took everywhere with us. So dogs and cats do the same – often, toys with which they played as crumbs, remain their favorite in adulthood. In these before and after photos, you will see adorable animals growing up with their favorite toys.

Still sleeping with his friend 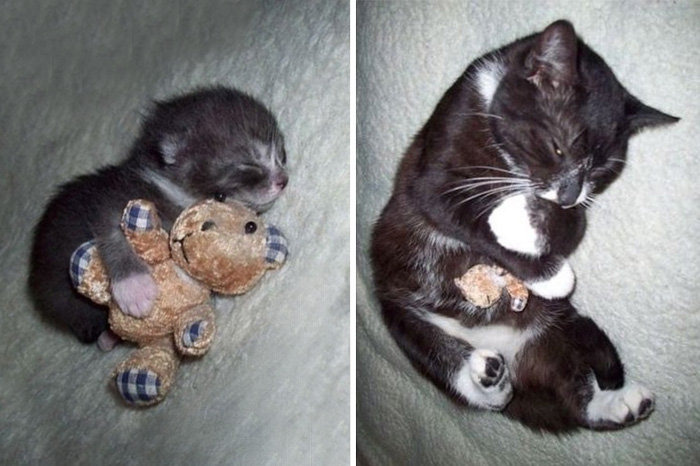 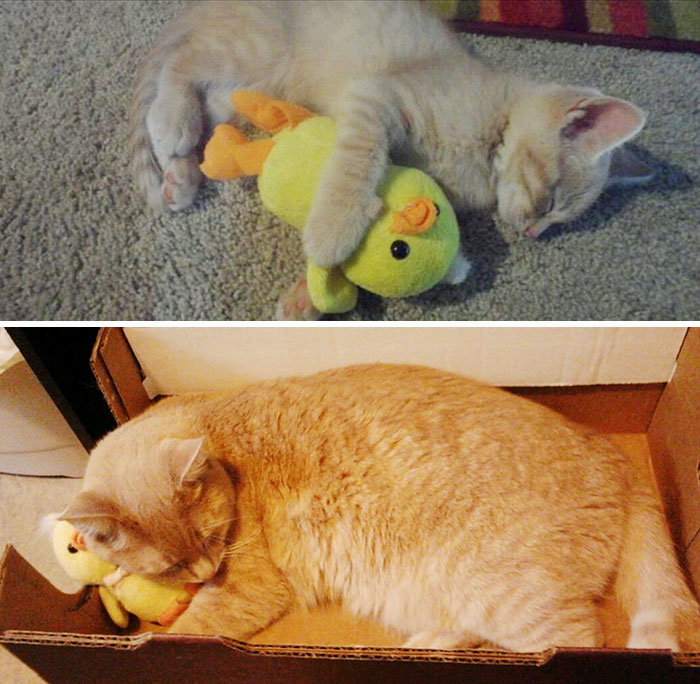 A year later, he still likes to sleep next to this bear. 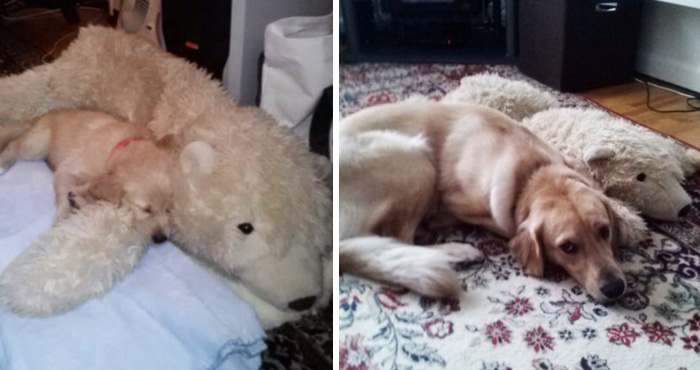 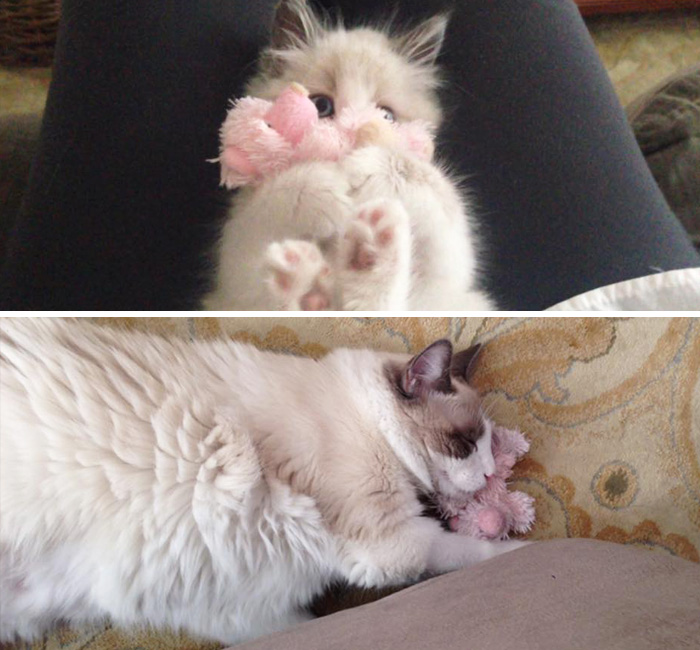 The cat and his favorite box 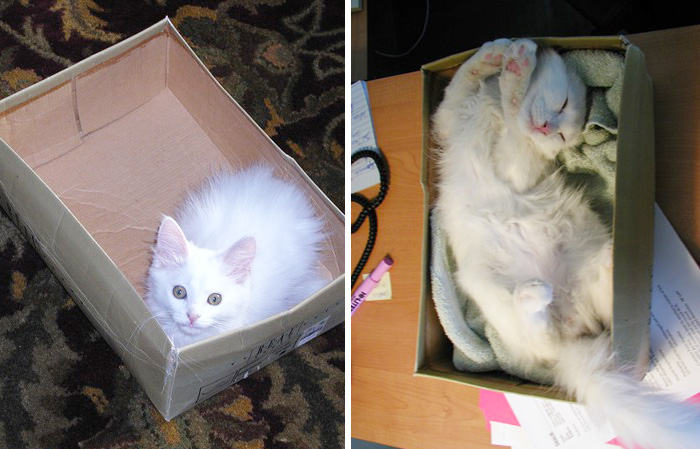 In fact, he loves him 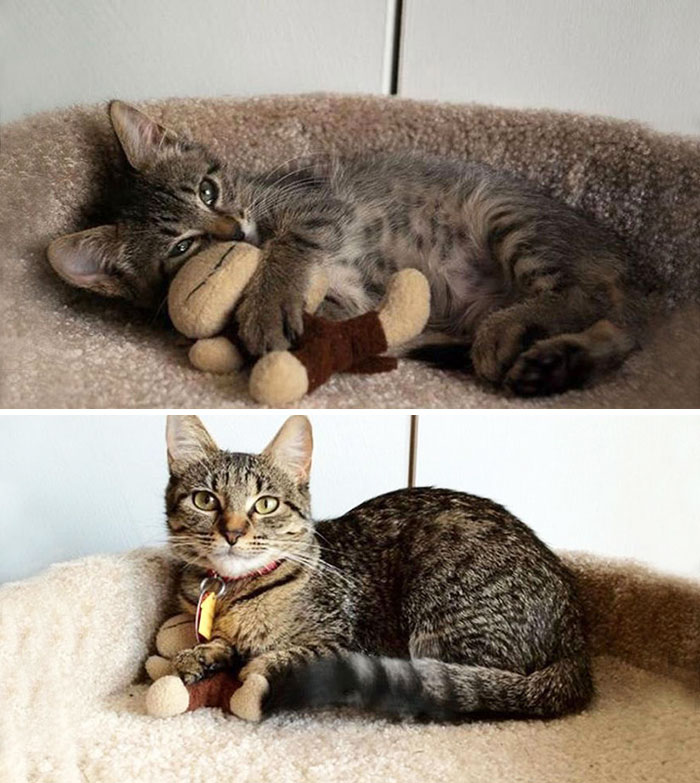 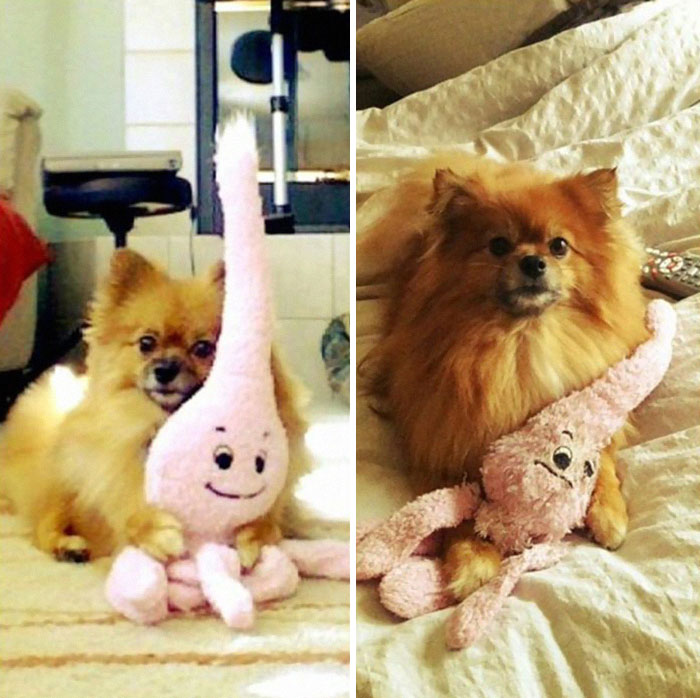 Maya then and now 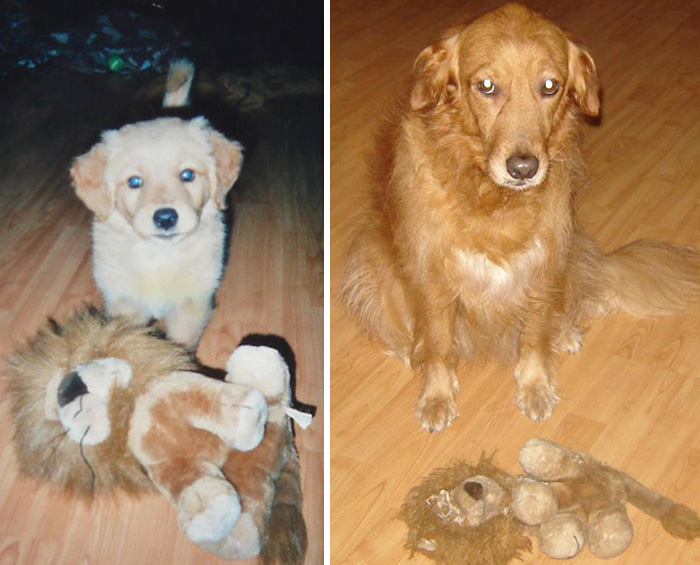 Look at what this cat turned a poor monkey into in a year and a half. 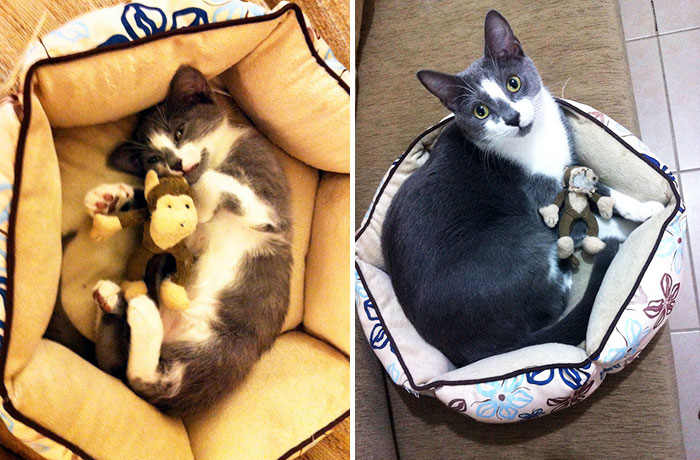 4 years later, he also loves to play with his teddy bear 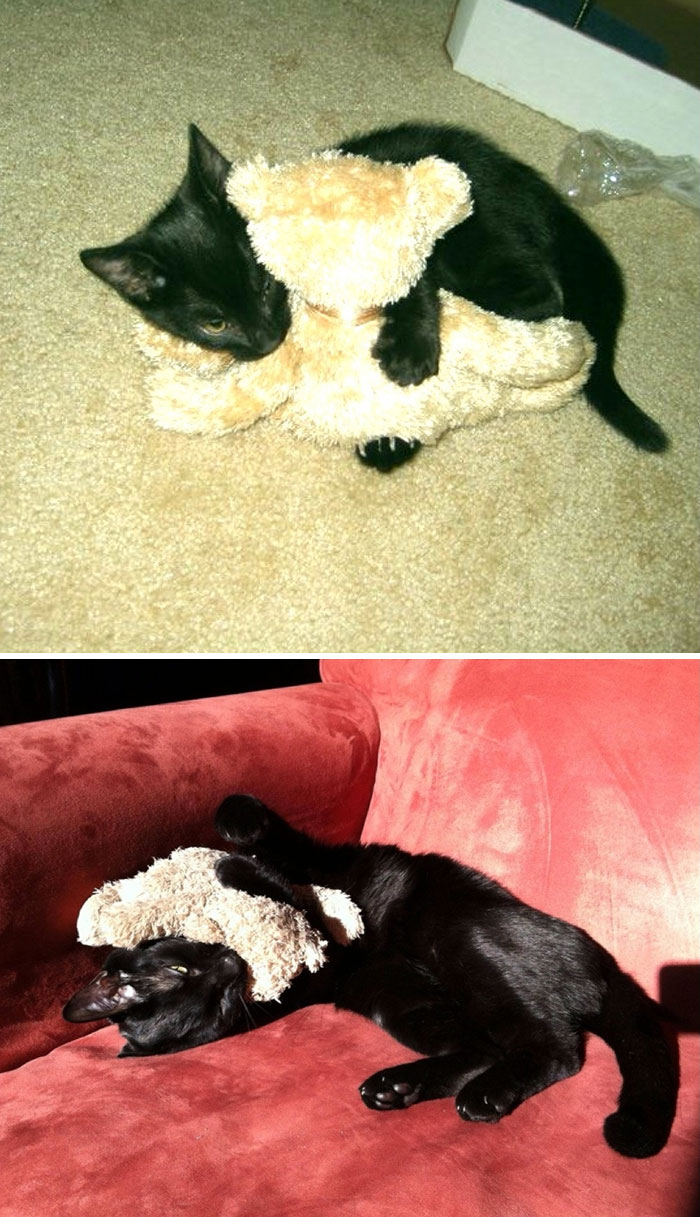 This toy panda used to be the size of him 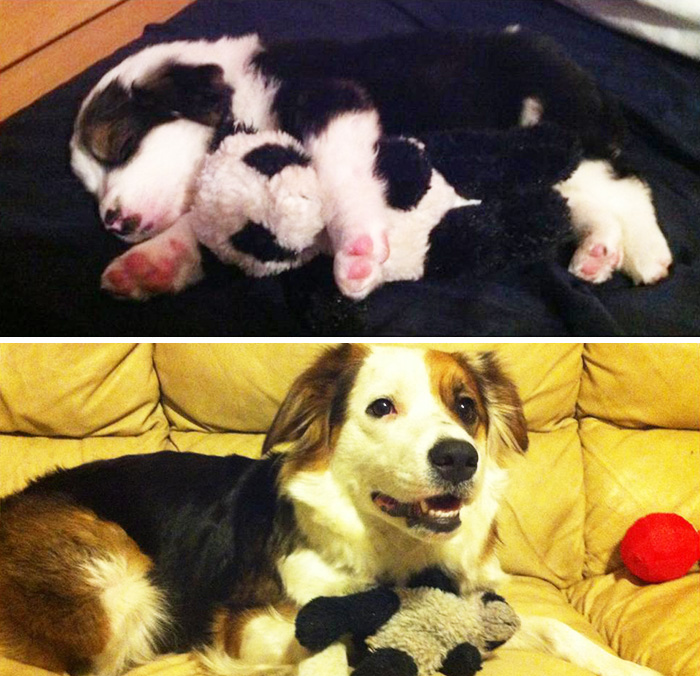 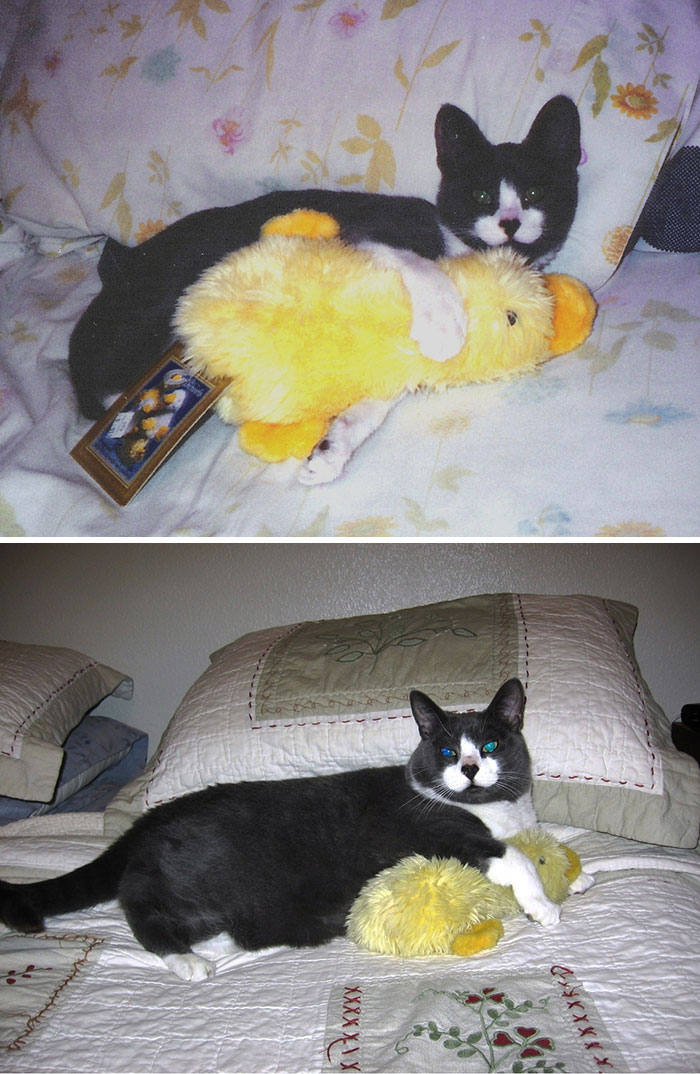 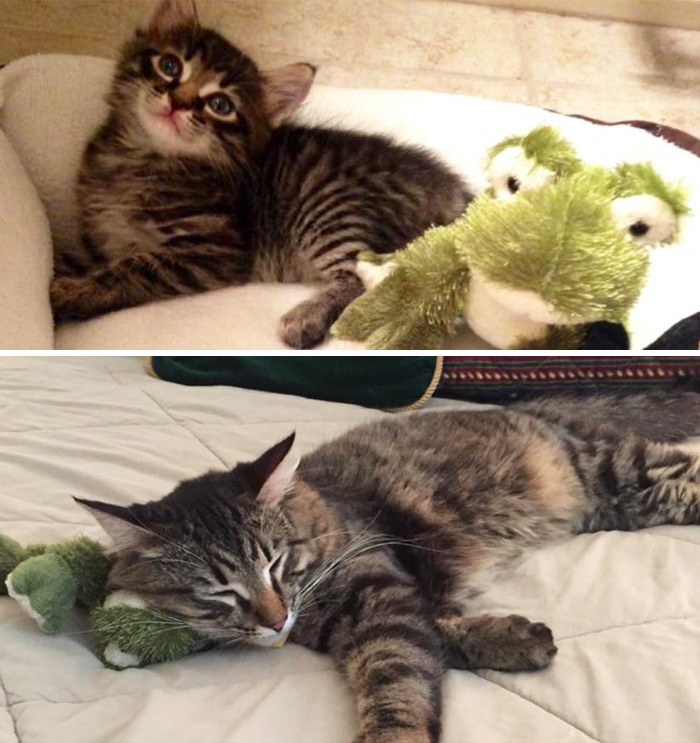 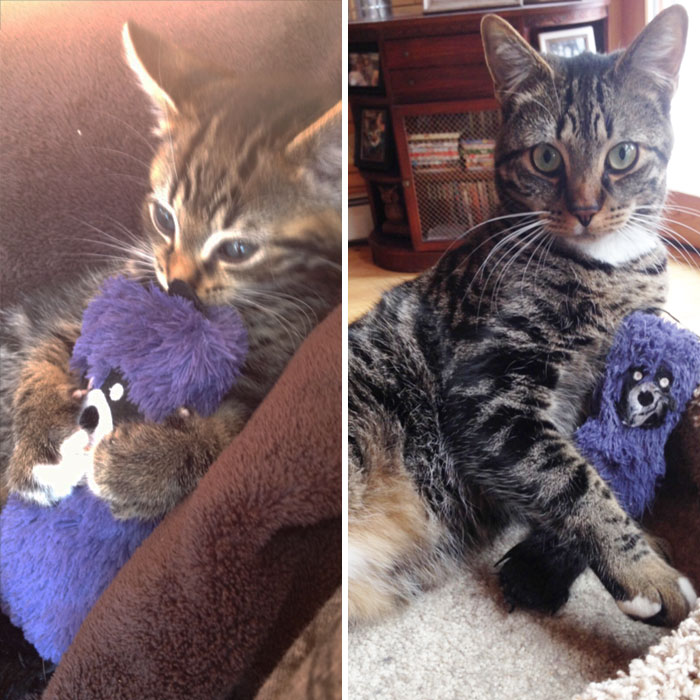 This parrot used to be bigger than himself 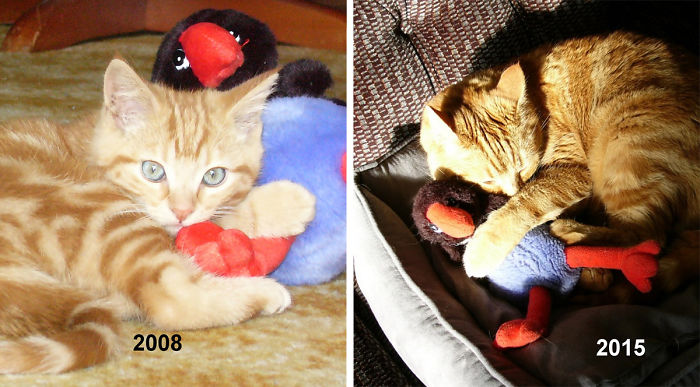 This old toy with holes has seen better days, but it’s her favorite. 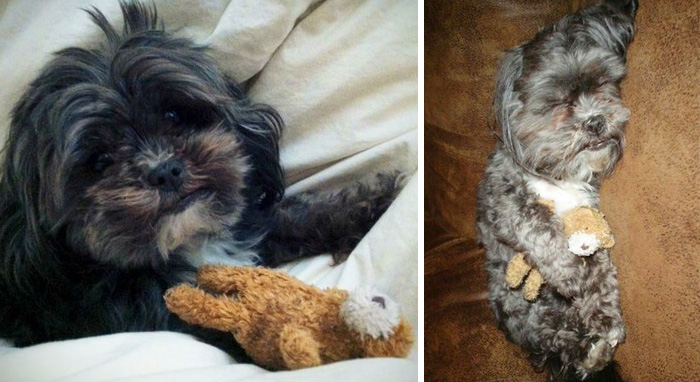 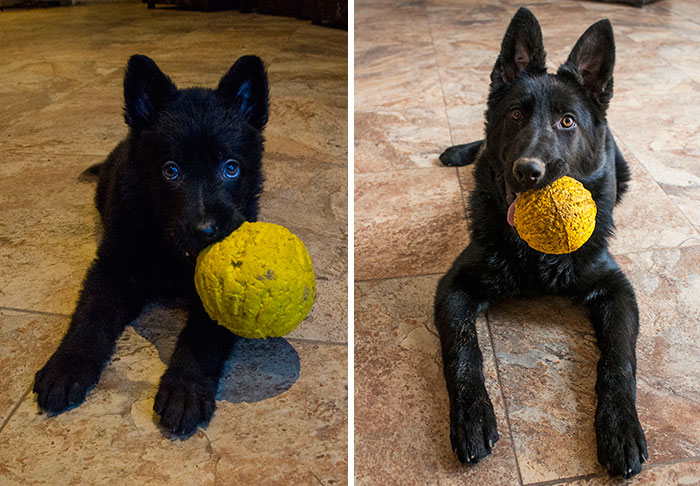 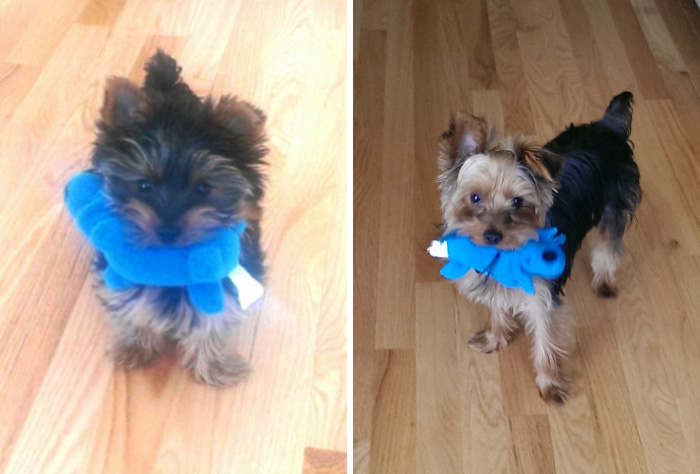