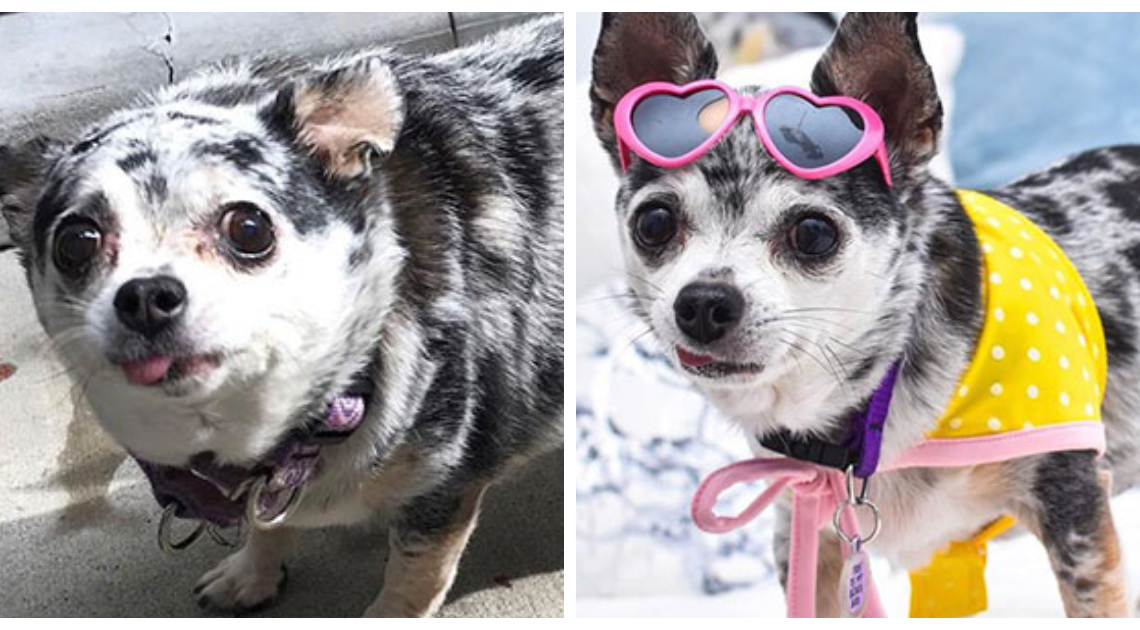 Pet obesity is a serious thing and it can cause great harm to the animals if not given proper care to them. You will be surprised to know that nearly 55% of the home-breed dogs are overweight and it is a matter of concern.

So if you think that your doggo is just a little chubbier and fluffier than other similar dog breeds, you cannot be more wrong. Being a responsible pet parent, it is your duty to help your furry friend lose the extra weight that is taking him one step closer to deadly health problems. Do not give up on your pet because with a little patience and help from veterinarians you can bring your doggo back in shape.

Dr. Ernie who is the founder of the Association for the Prevention of Obesity in Pets says that “Obese dogs are at greater risk of developing arthritis, hypertension, diabetes, and cancer, as well as living an average of 2.5 years less than a healthy weight dog.”

Scroll down to see the pictures of the most amazing transformation of precious doggos who have lost a tremendous amount of weight and get inspiration.

1. My 90-year-old neighbor hasn’t been able to walk her dog in a while, so I offered to do it 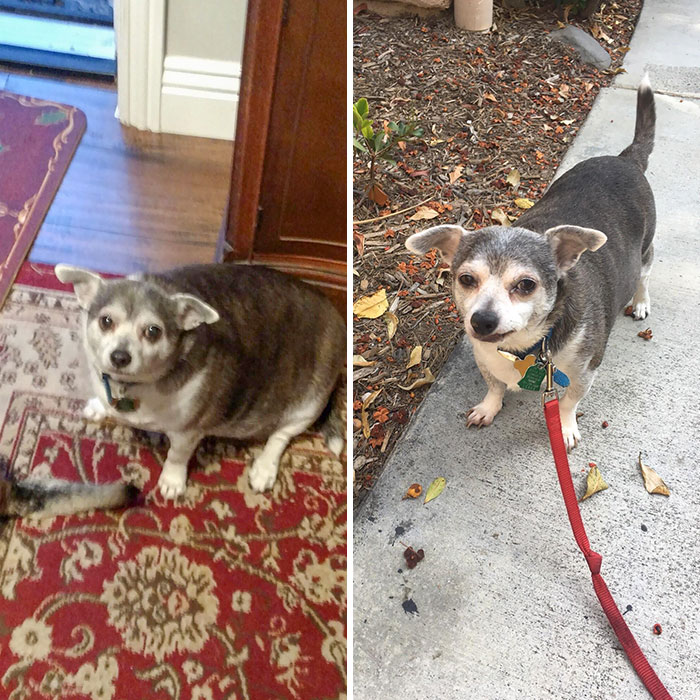 2. Dennis lost 79% of his body weight through healthy habits 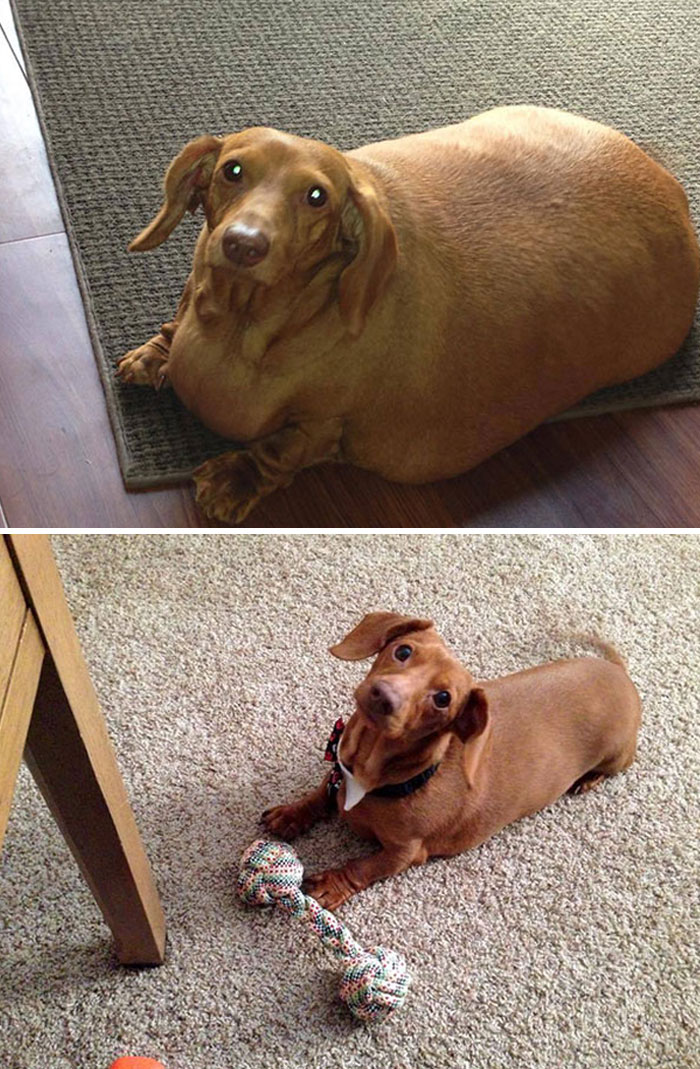 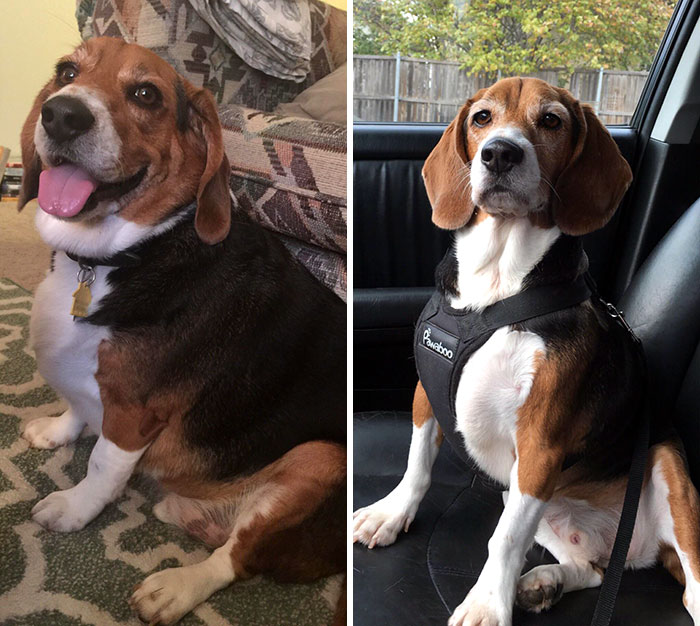 4. Before and after so you can see how far I’ve come 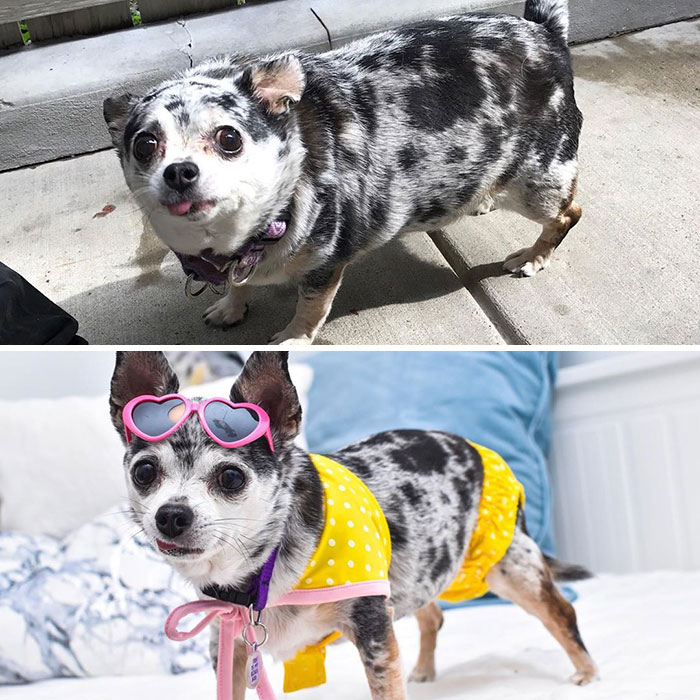 5. From Thick To Svelte 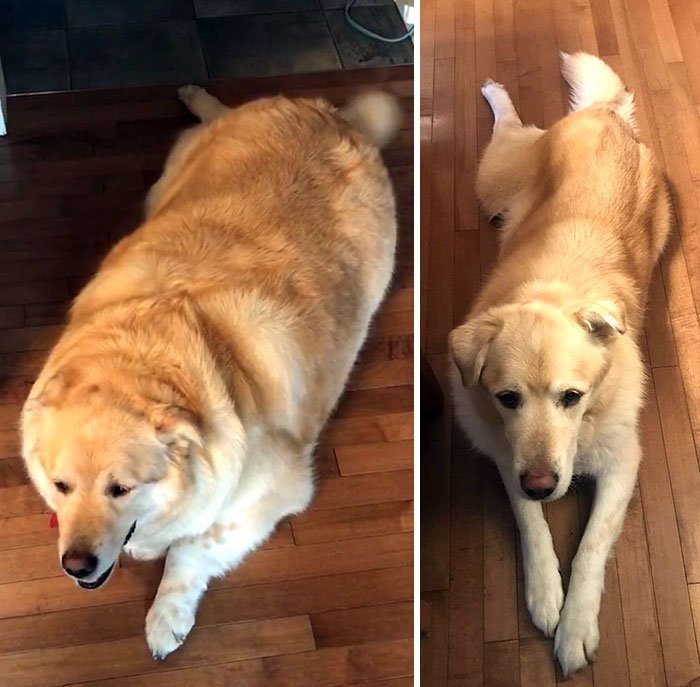 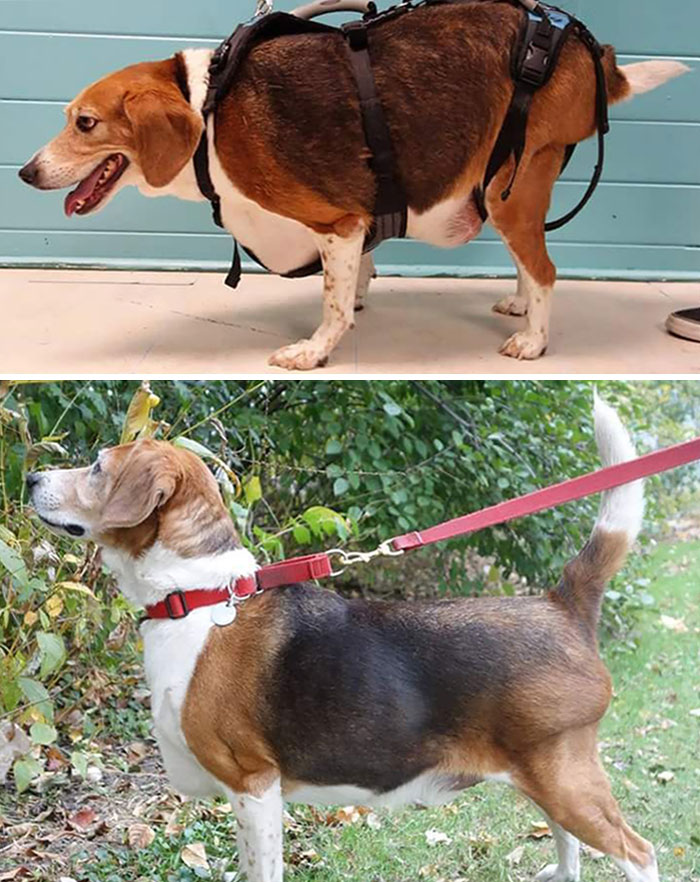 7. From 114 pounds (and already halfway through the diet) to 75. Good boy Shiloh 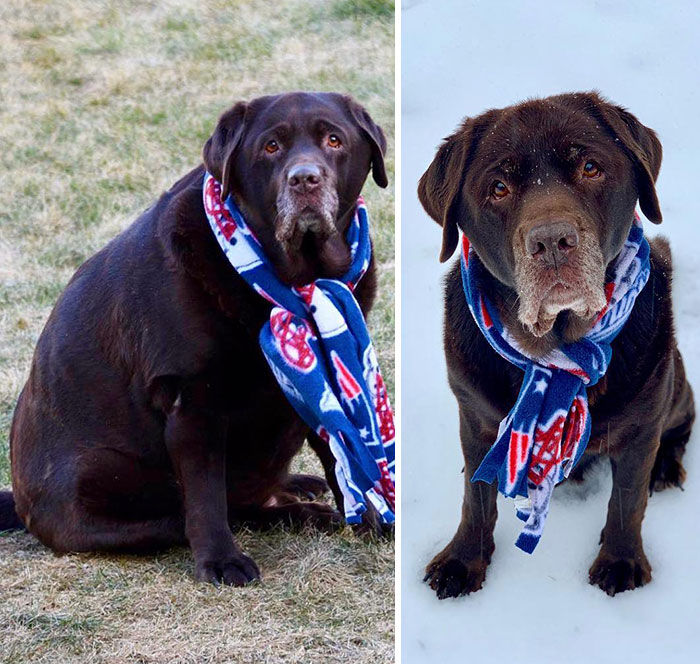 8. Luna is 2 years old, we adopted her 6 months ago and she has already lost 10 pounds 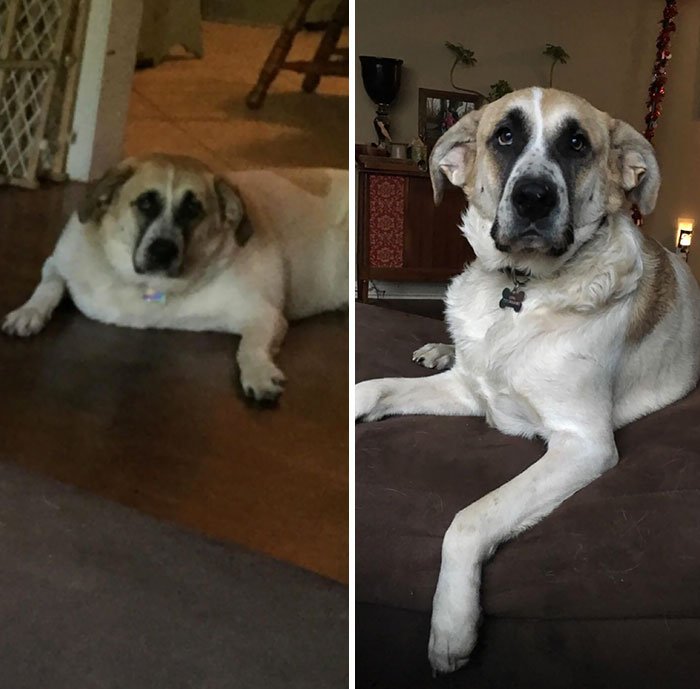 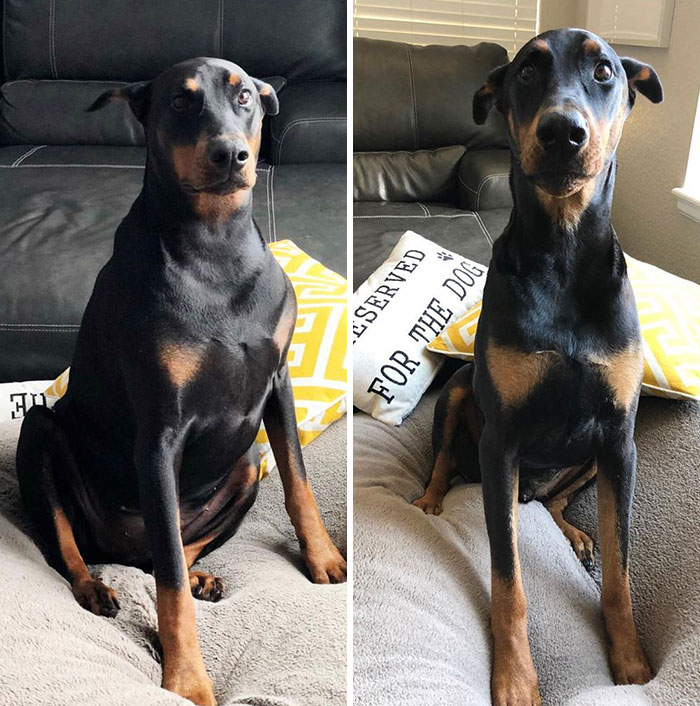 10. Reba has lost over half her weight in 2 years, and we are proud 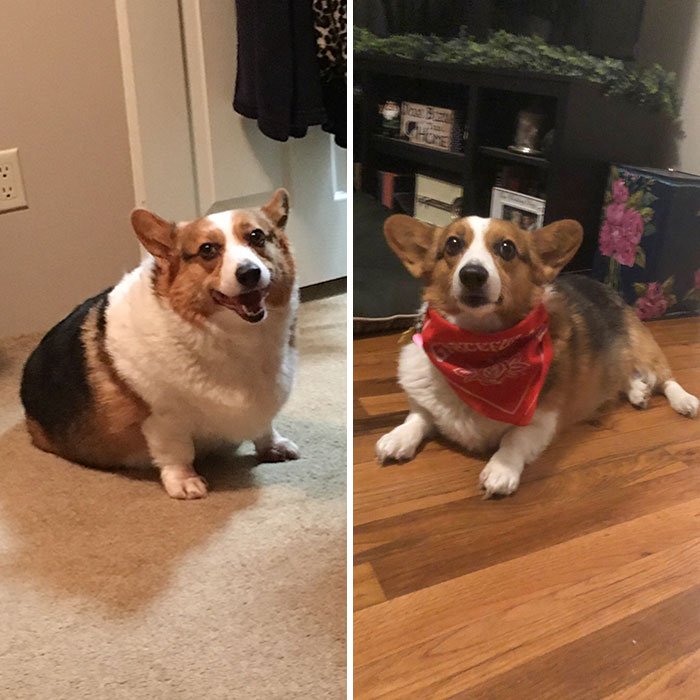 11. We adopted her in October and she has lost 1 pound every week, she has more and more energy 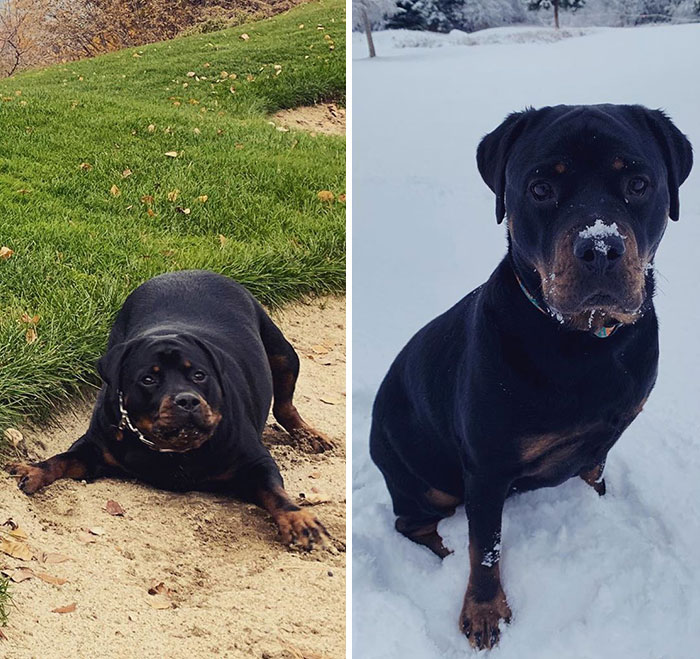 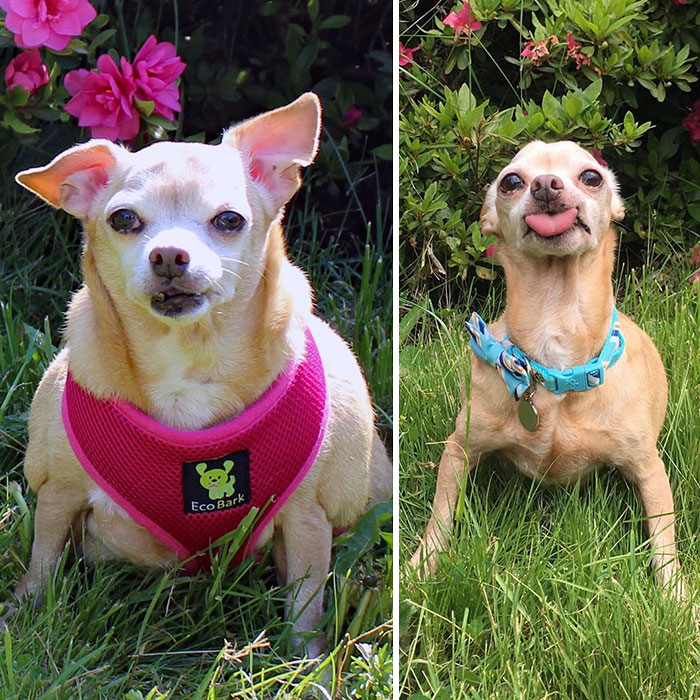 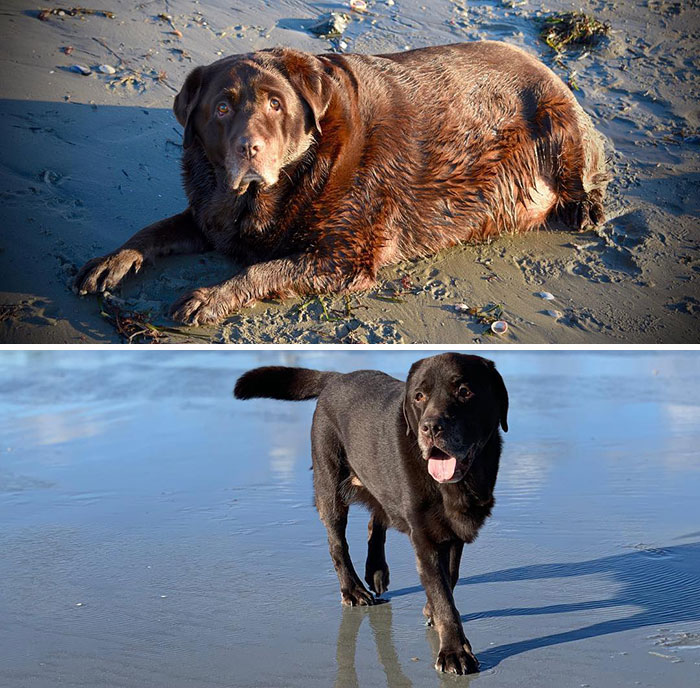 14. Gracie was getting very rounded, but after 5 months of dieting she already looks like this 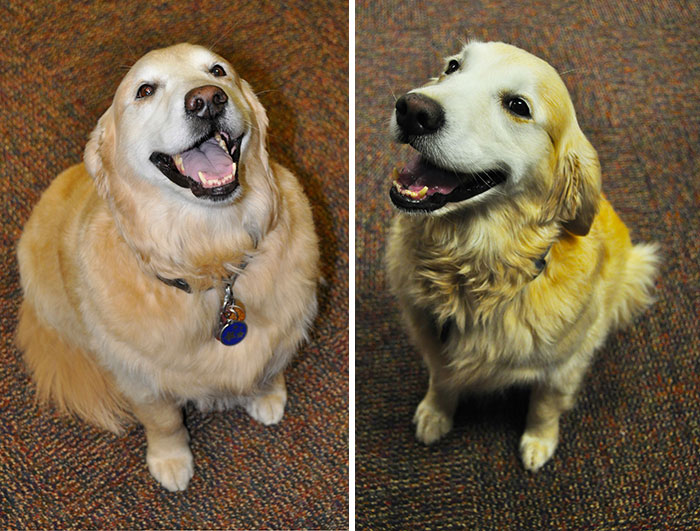 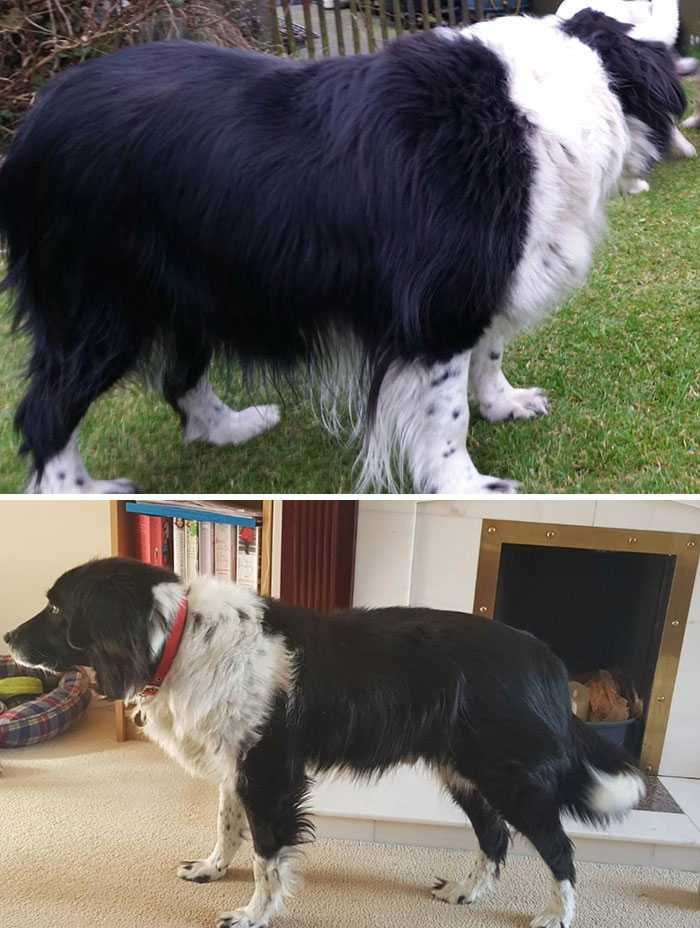 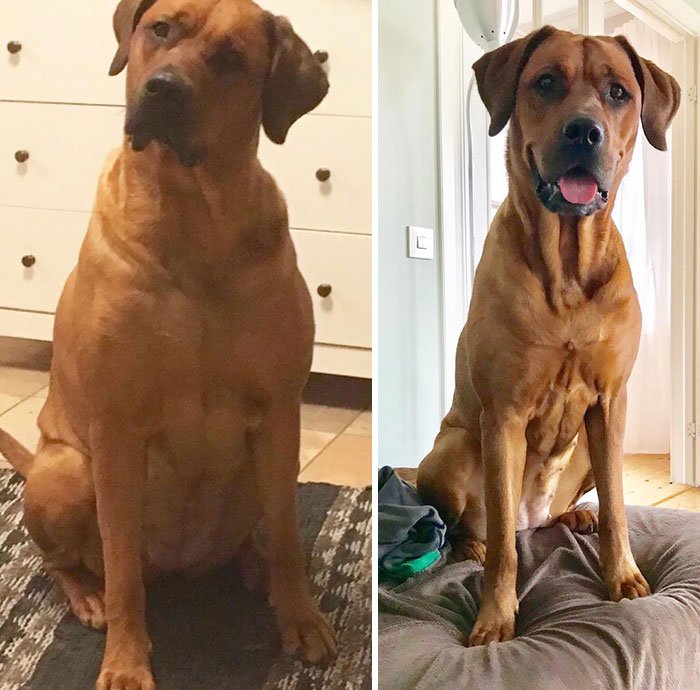 17. Wolfgang in June and November 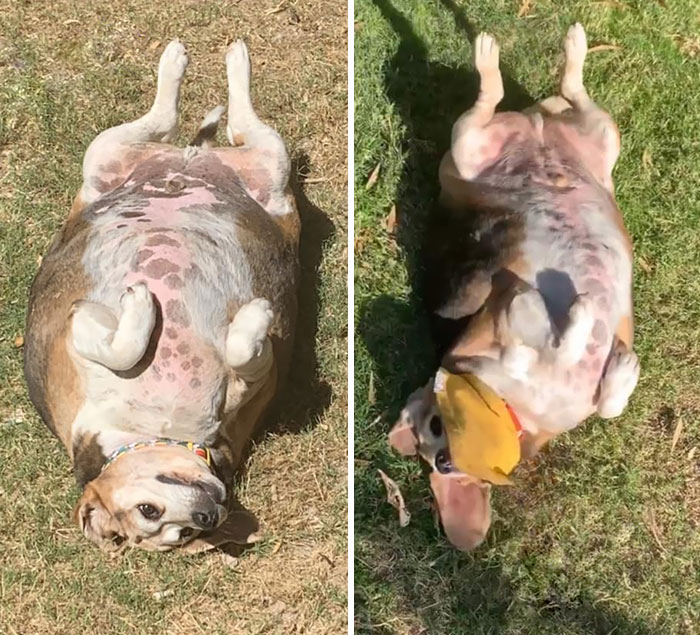 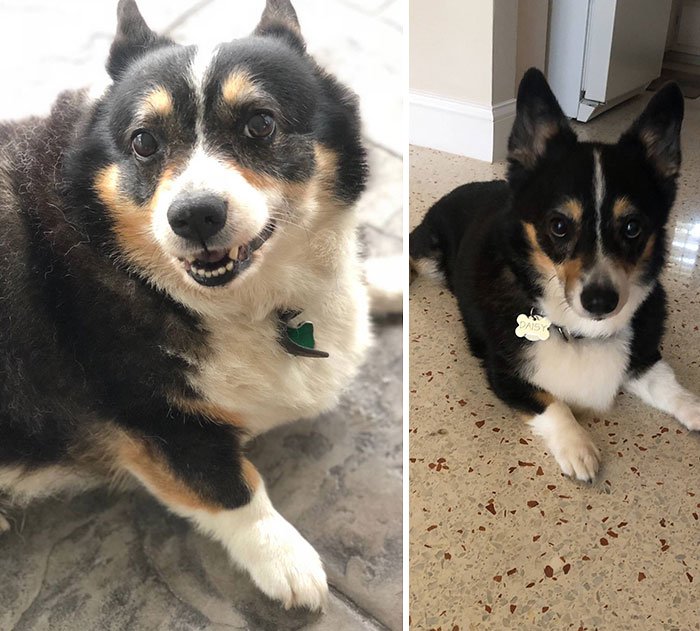 19. “I’m Actually A Smaller Noah Than I Was 3 Years Ago, But With The Same Huge Personality” 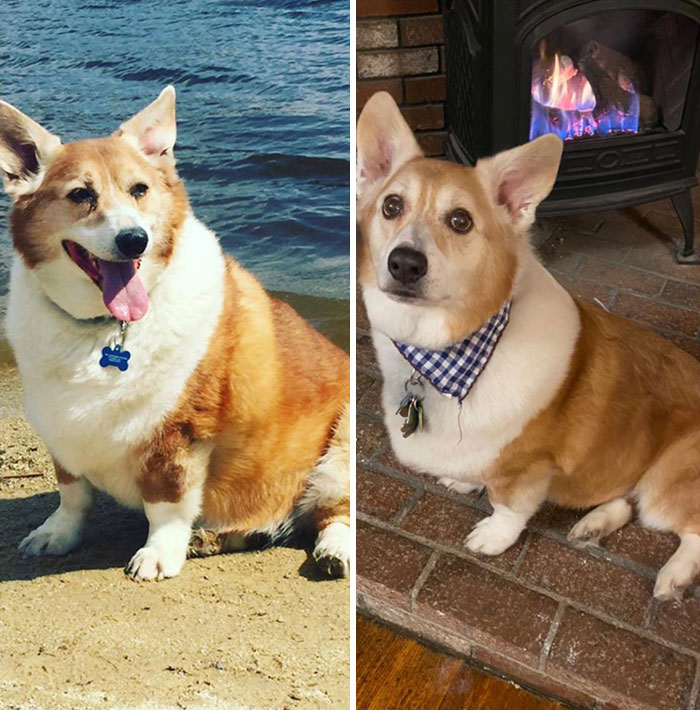 20. Squishy is easier to carry now 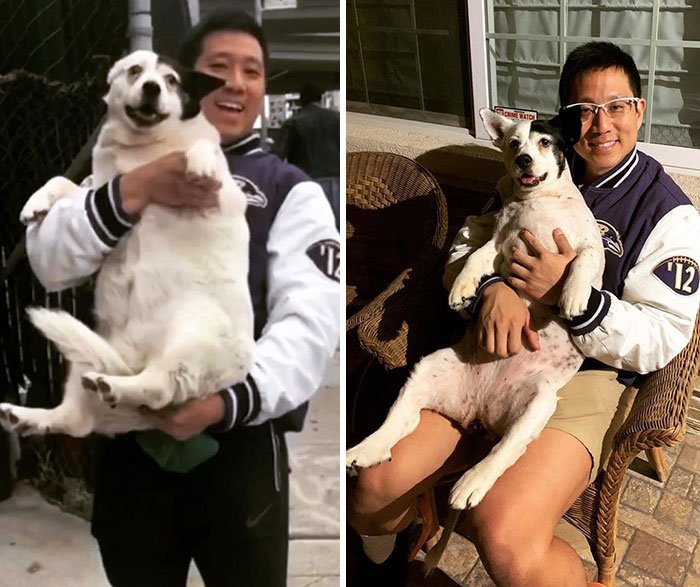 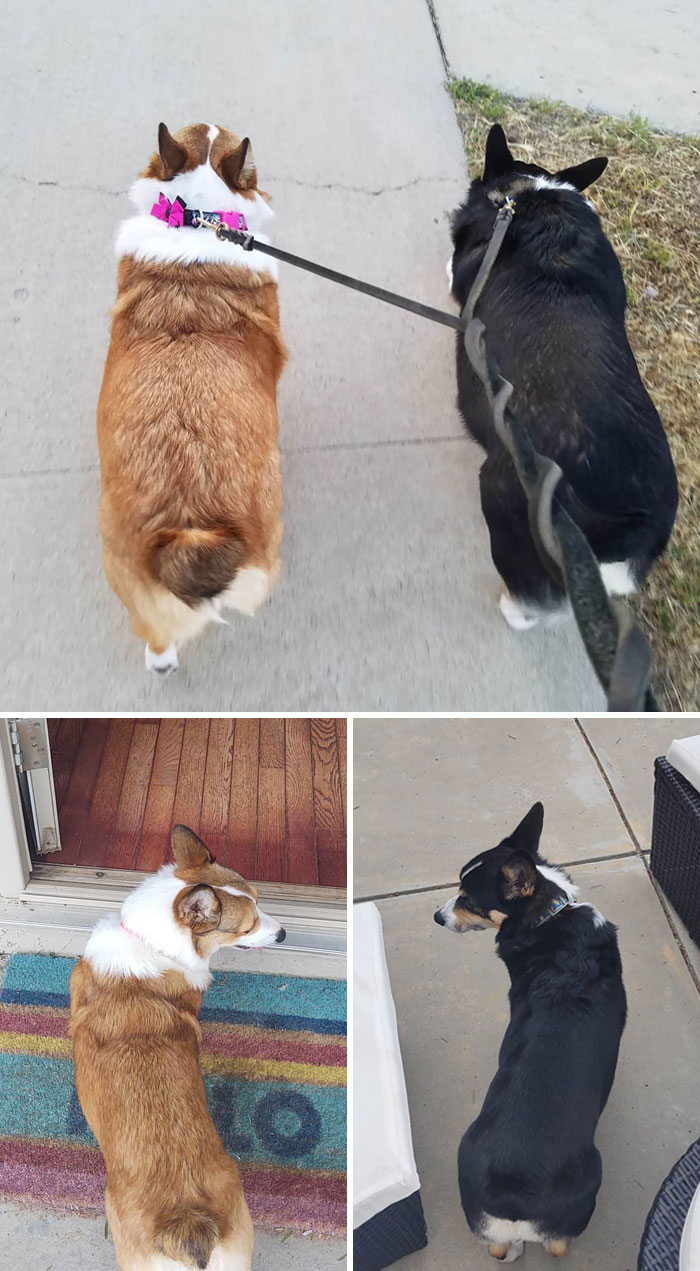 22. Duke weighed twice as much as he should have before he got in shape 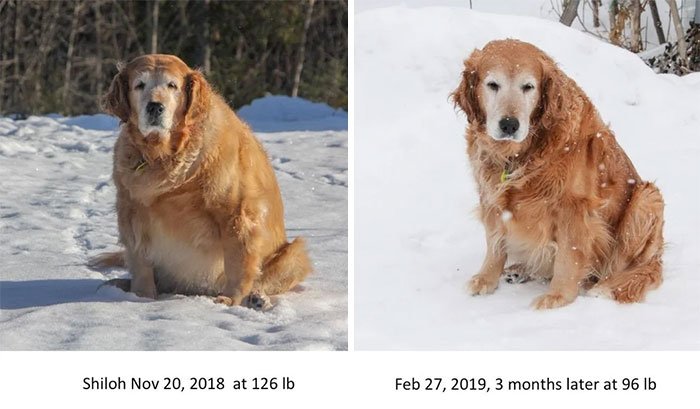 24. Kayla used to be addicted to pizza, and she’s lost 30 pounds 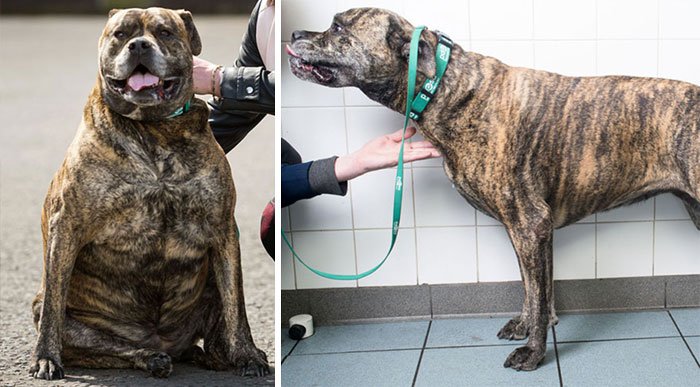 If you also have the transformation picture of your dog, you can share them with us in the comments section.