Frogmouths may look like owls a lot, but they are an entirely different species of birds. The species got their name because of their large frog-like mouths. Ironically, their diet partly consists of frogs.

These nocturnal creatures inhabit regions in Austra lia, Southeast Asia, and India. Their main features are their big mouths, fluffy feathers, and the fact that their chicks are absolutely adorable.

Their wide mouths make their faces so expressive, and the camera absolutely loves them. The Internet just followed. We have collected some of the cutest photos of frogmouth chicks, and we know you are going to enjoy them. 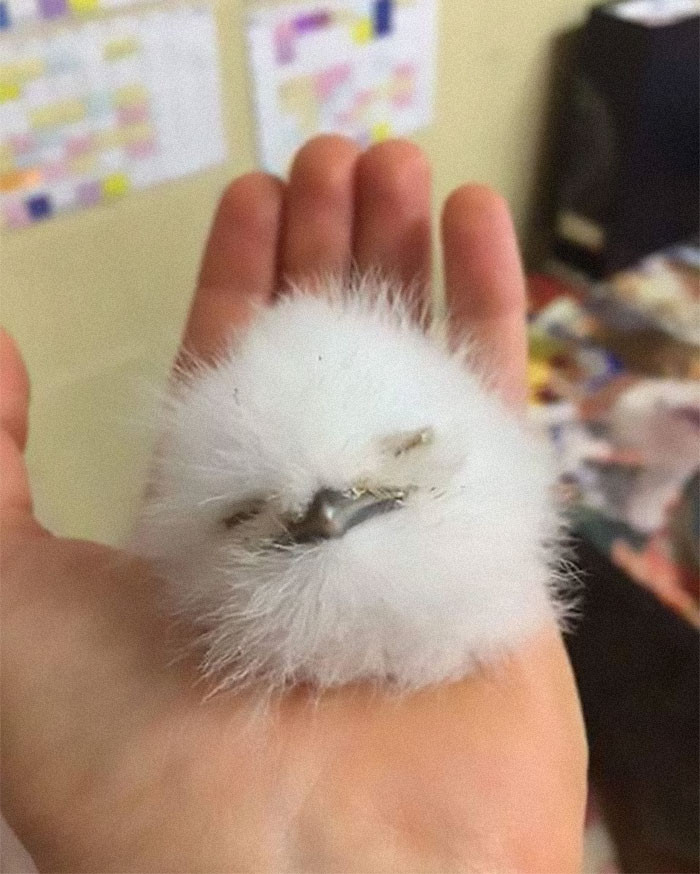 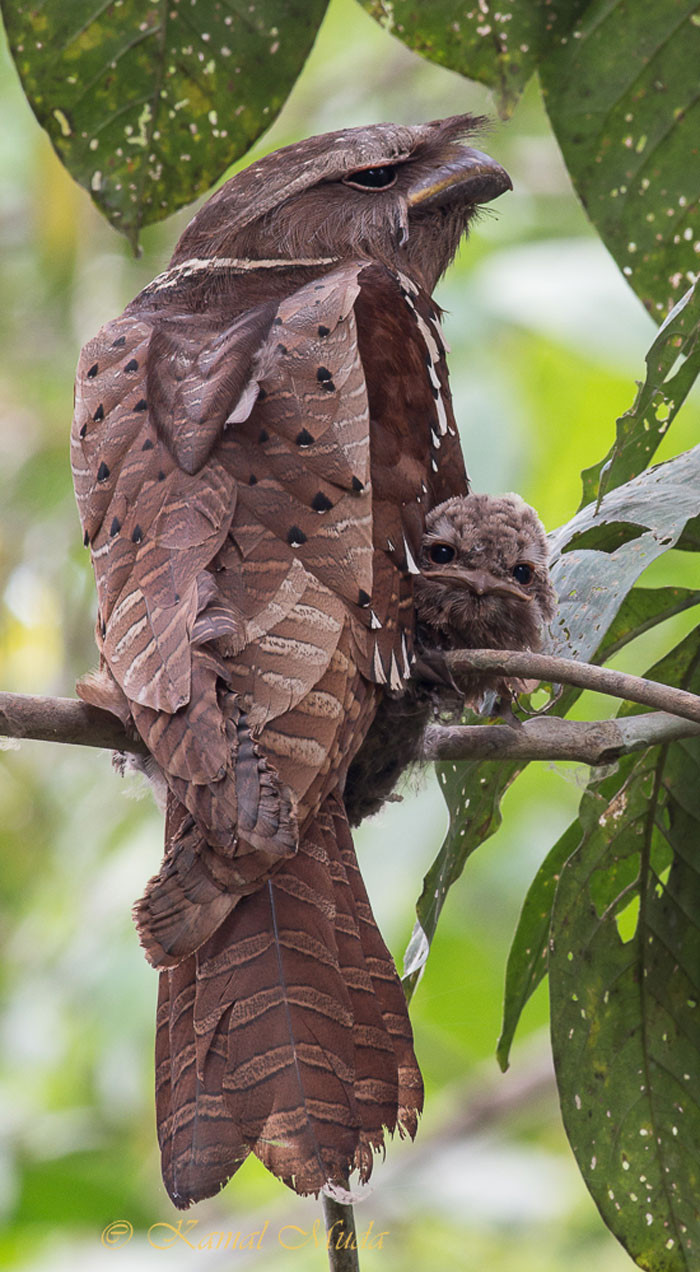 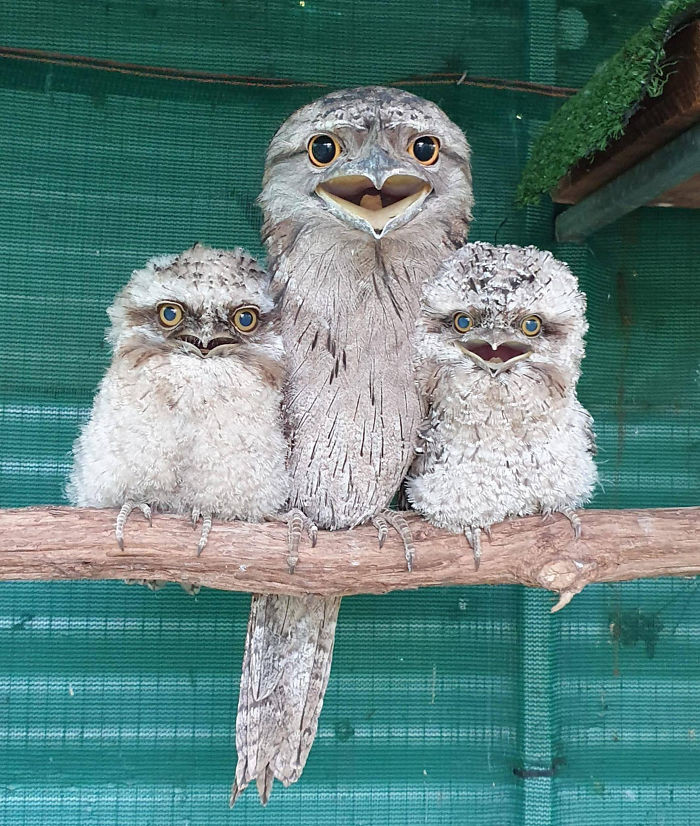 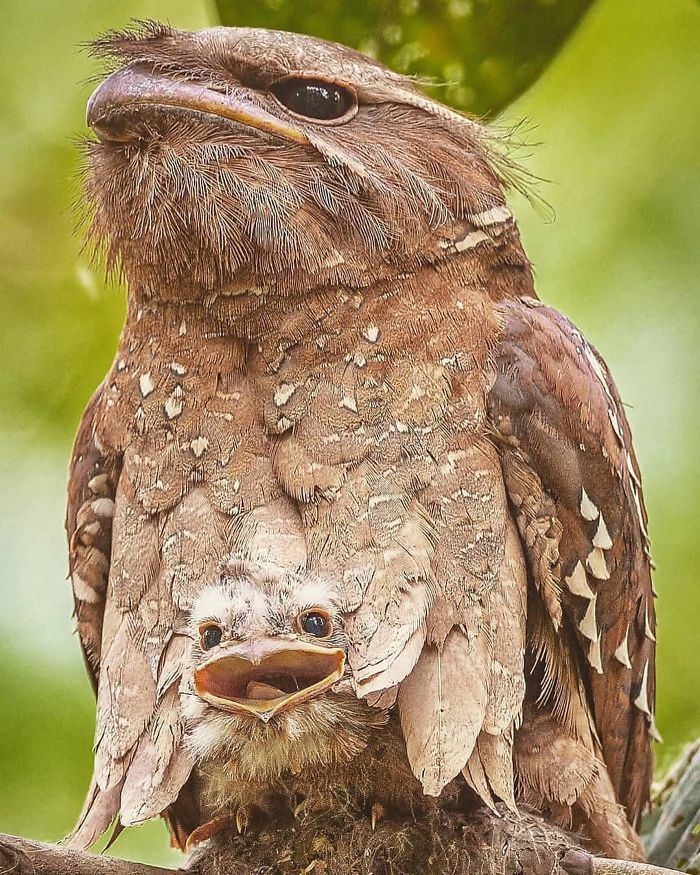 Frogmouths hunt mice and frogs, but they mostly eat insects. And they have an interesting technique of softening their prey, which you would never expect from a creature this cute.

They sometimes beat their prey against a rock before eating it. They are cute but don’t mess with them.

Frogmouths are, in fact, egalitarian birds. Females lay up to 3 white eggs, and they incubate them at nighttime, while the male incubates the eggs that during the day. 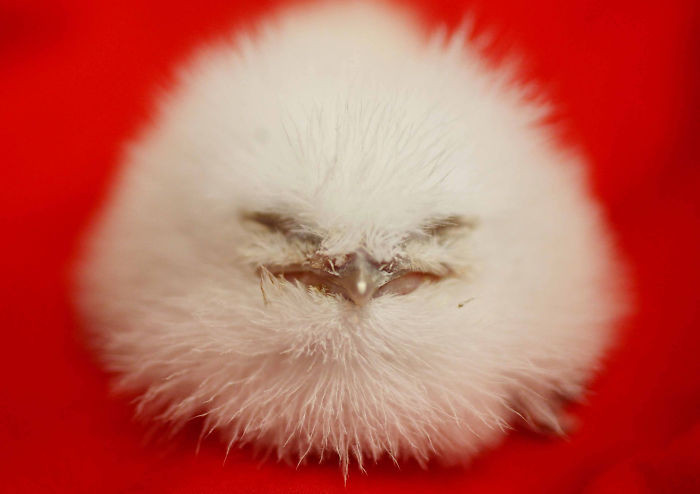 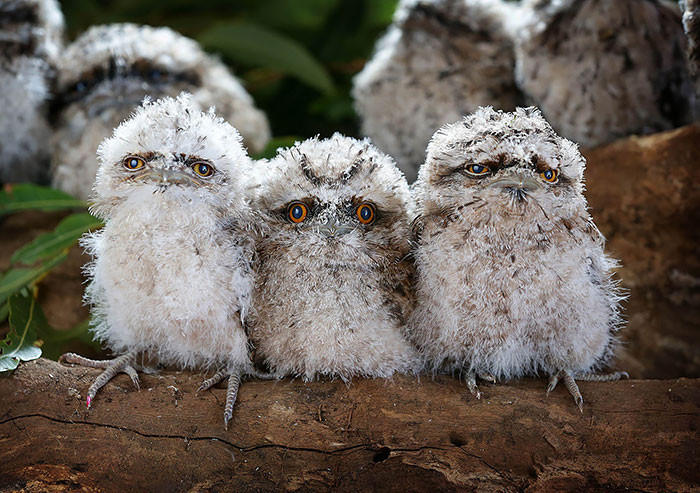 “Save Our Waterways Now” states that tawny frogmouths (indigenous to Australia, Tasmania, and New Guinea) are exceptionally social and friendly. They often snuggle up to one another, cheer each other, and behave as any happy little family.

One of the most significant differences between frogmouths and owls is their feet. Owls use their mighty claws to catch their prey, while frogmouths have somewhat weak claws and use their beaks for hunting. But they are not different where it counts the most – both owl and frogmouth chicks are adorable. 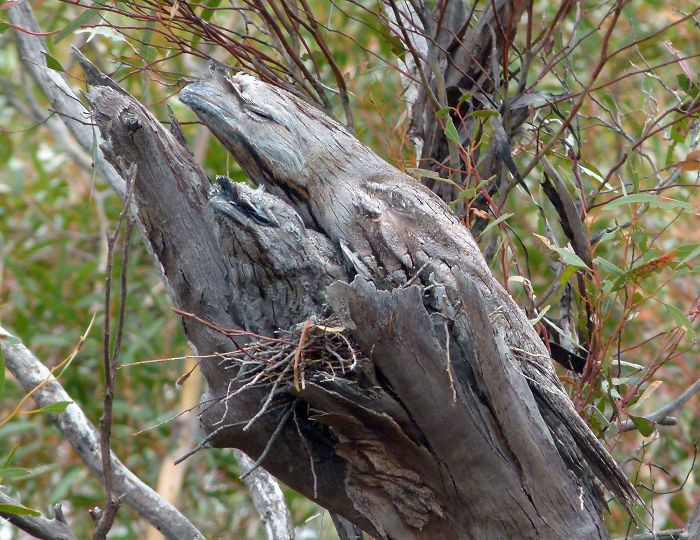 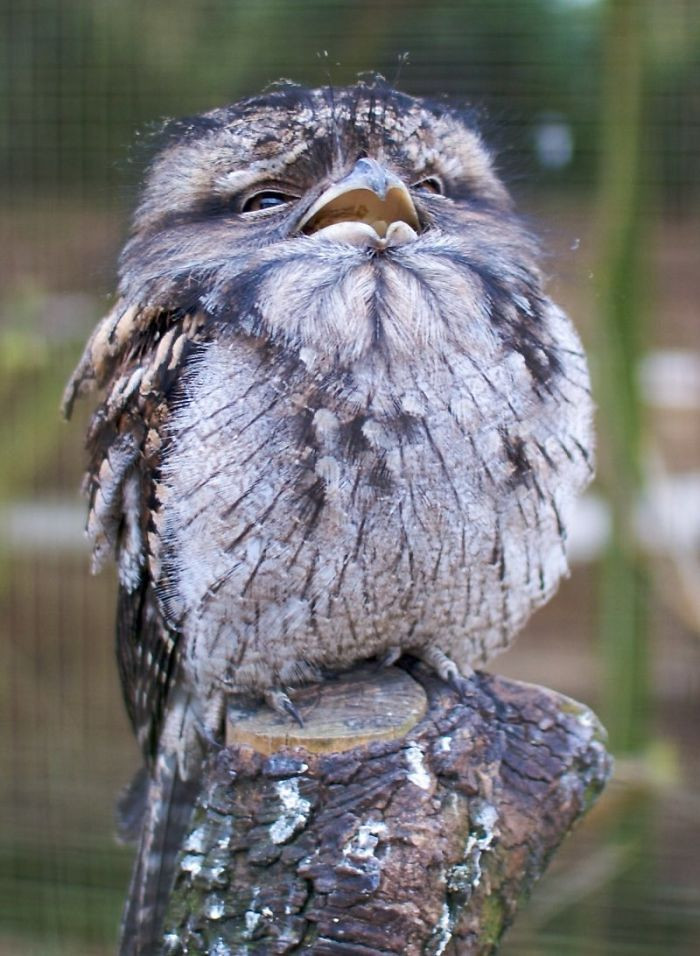 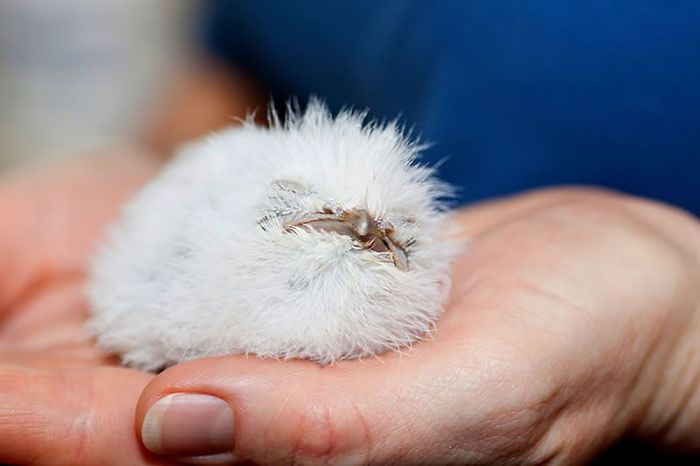 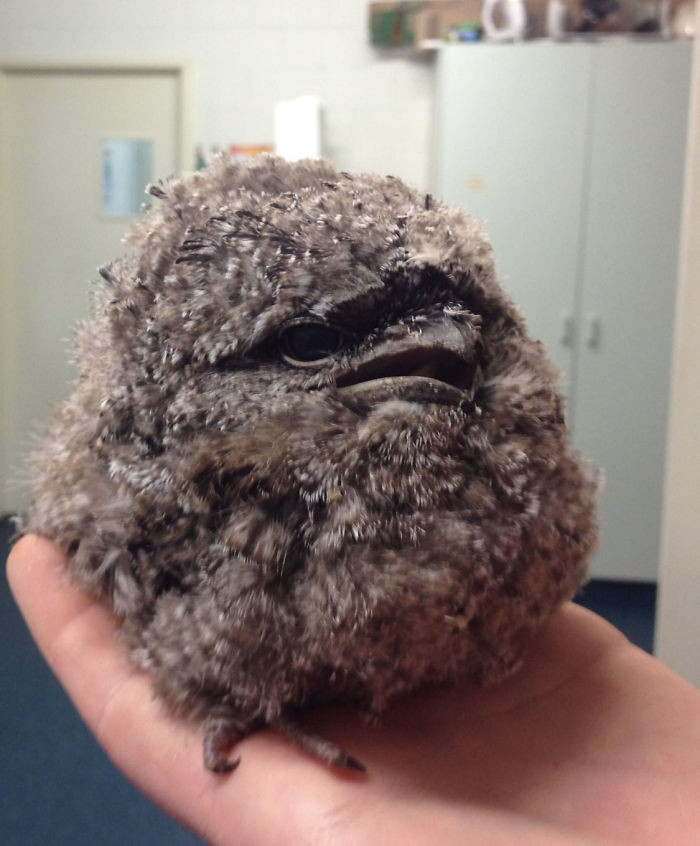 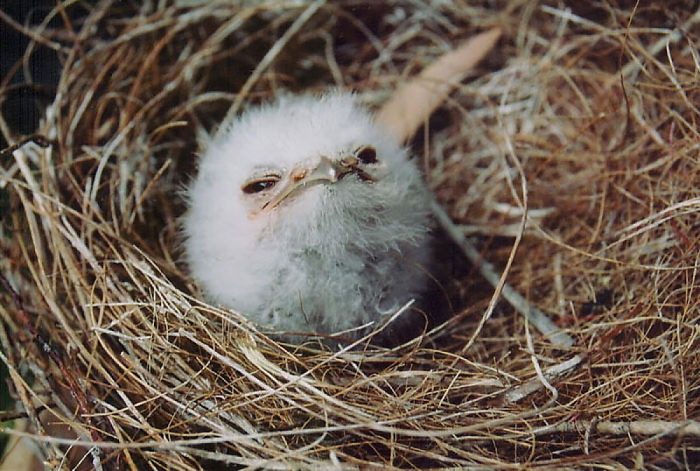 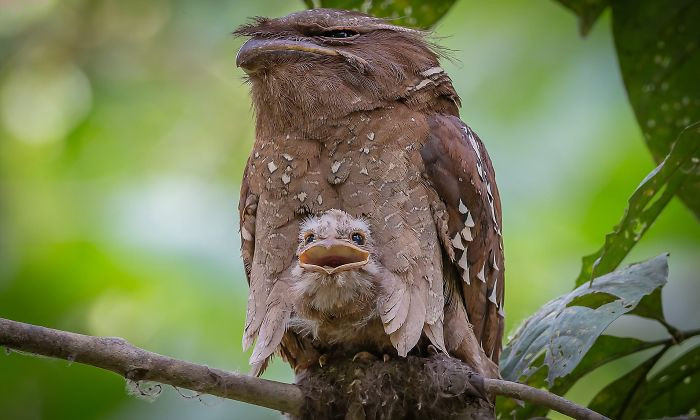 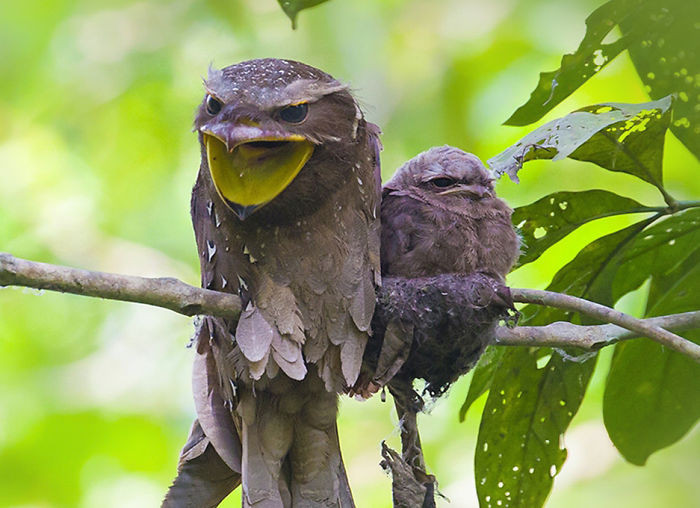 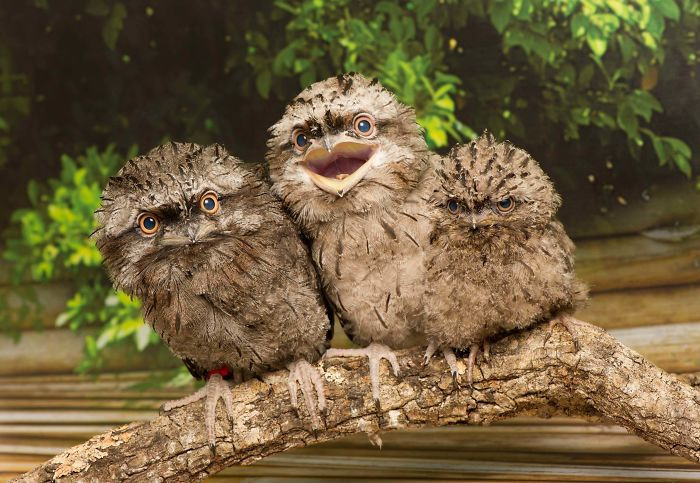 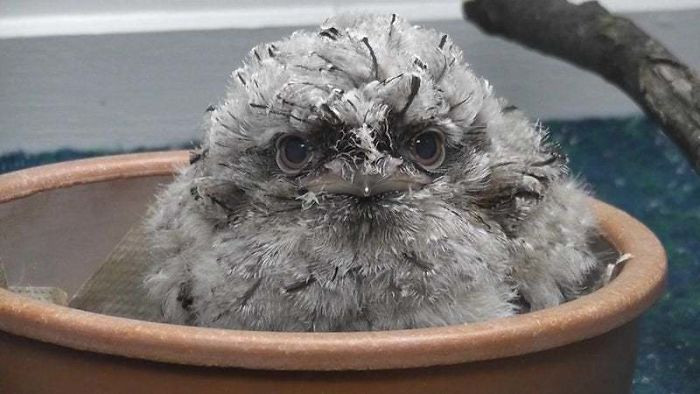 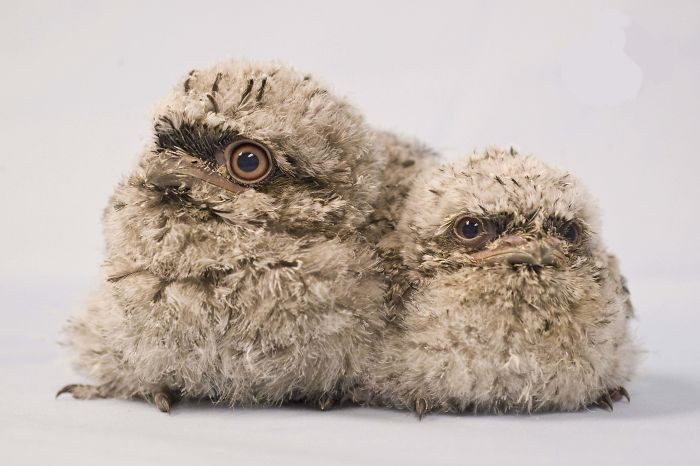 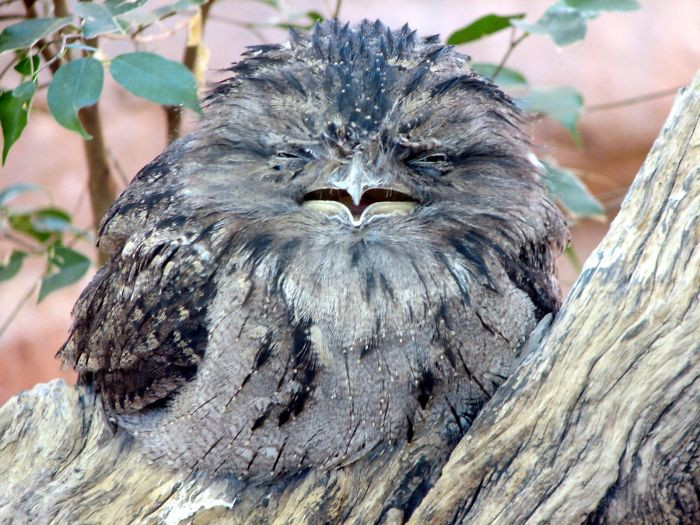 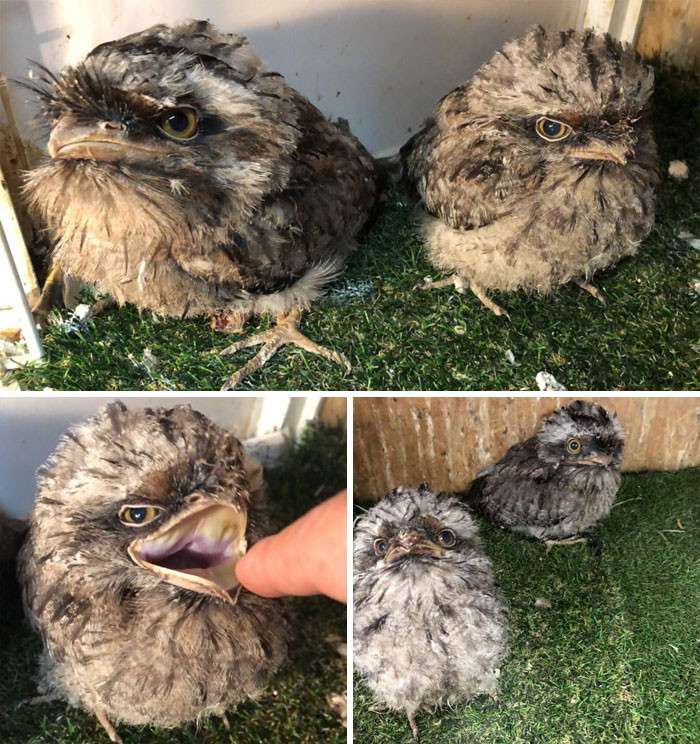 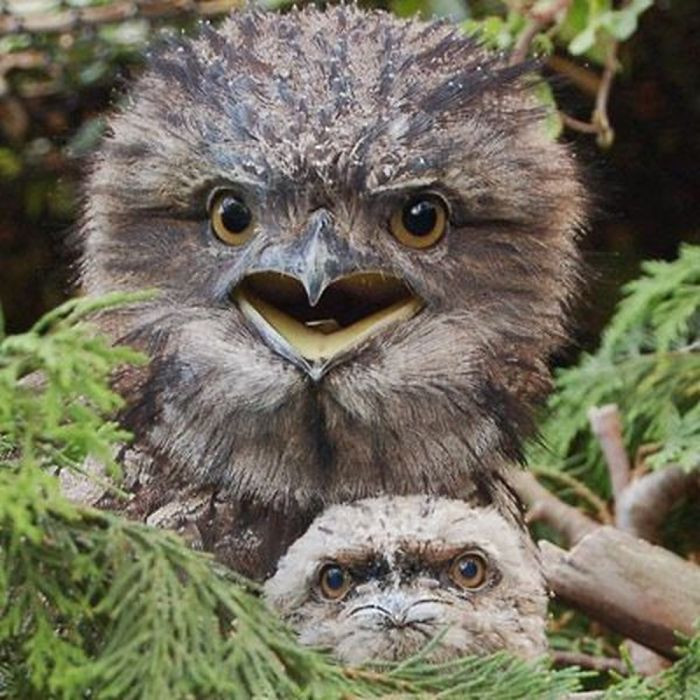 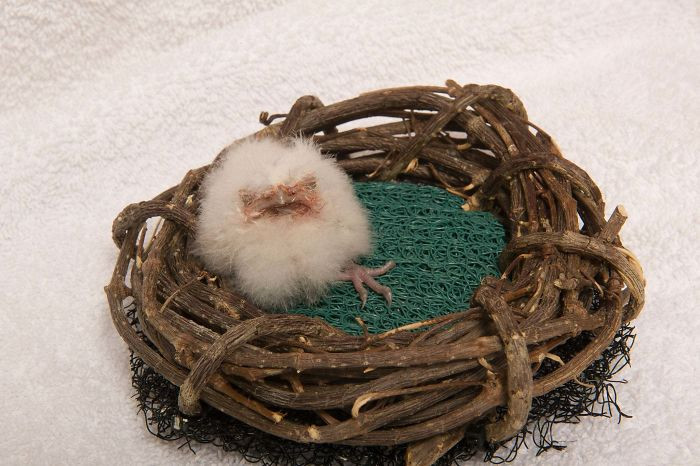 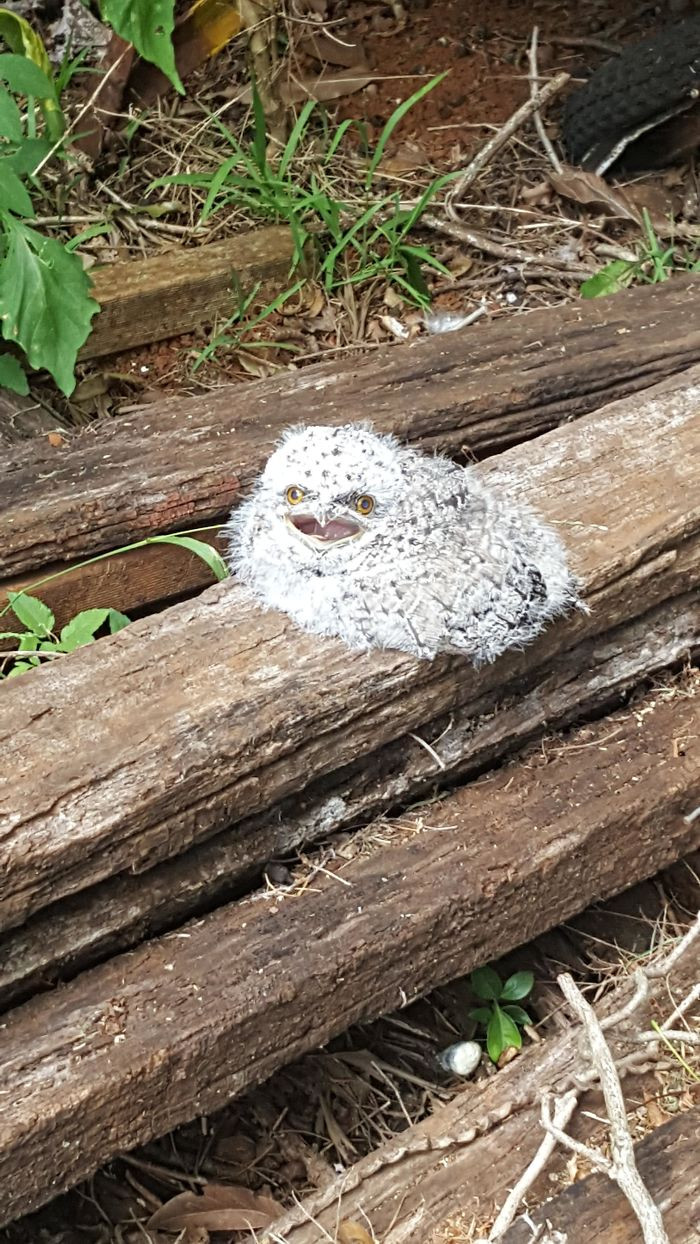 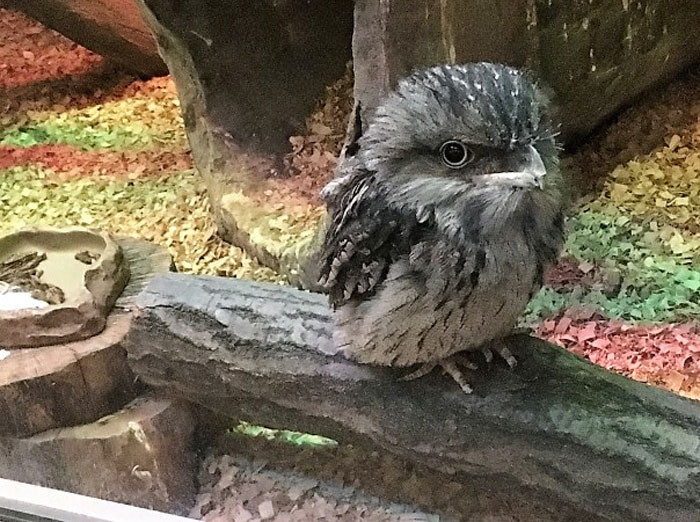 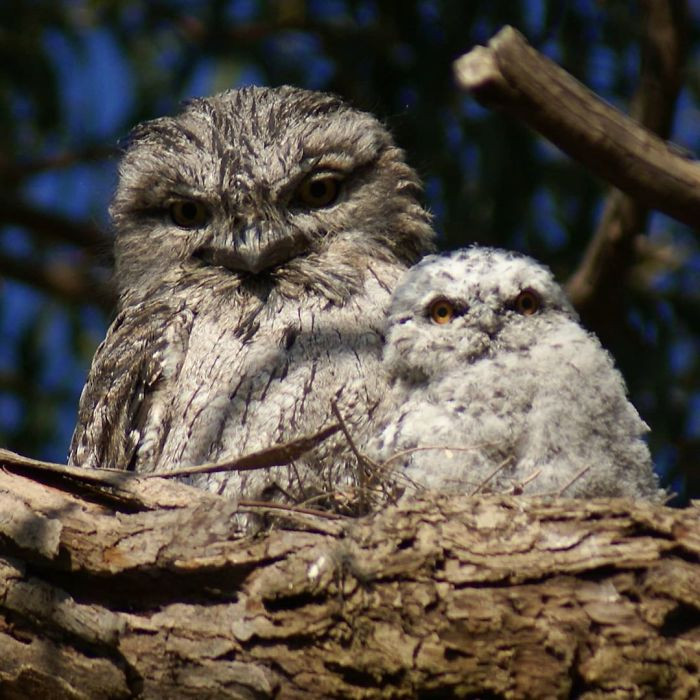 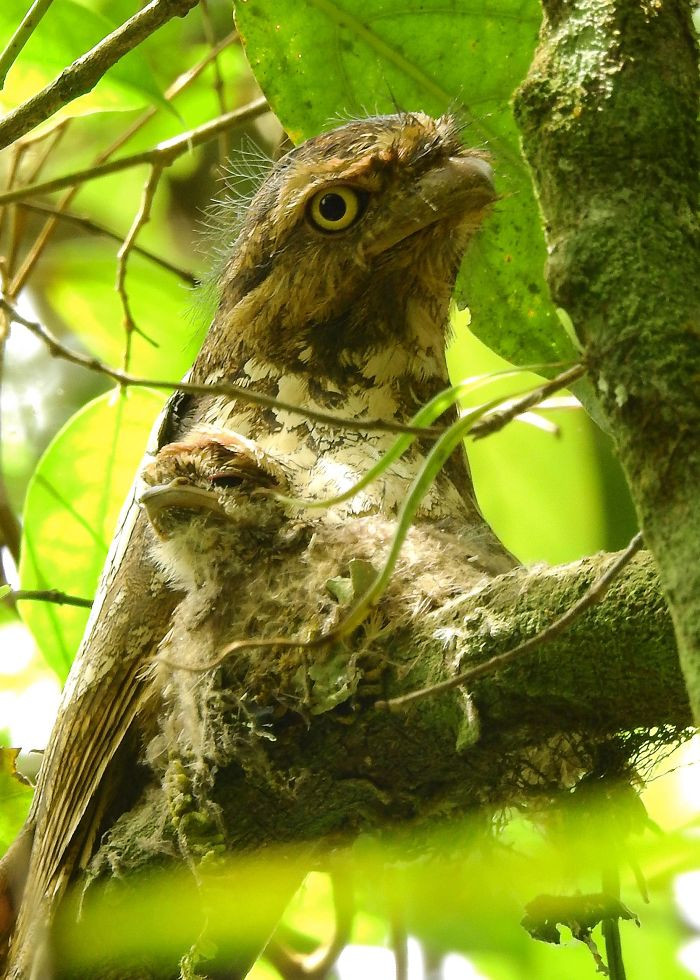 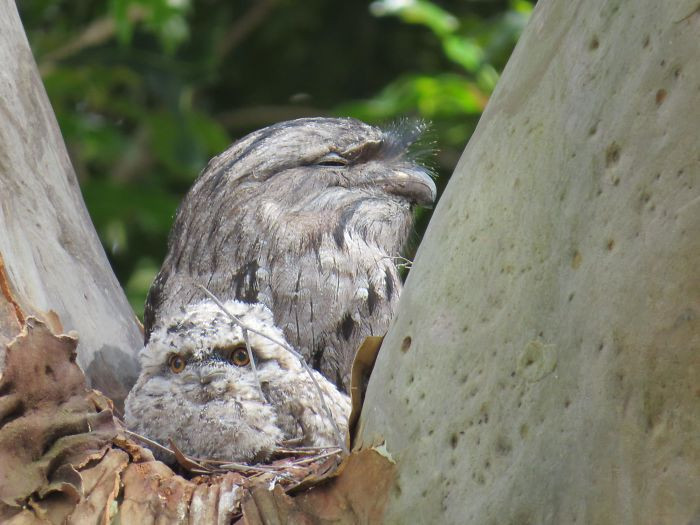 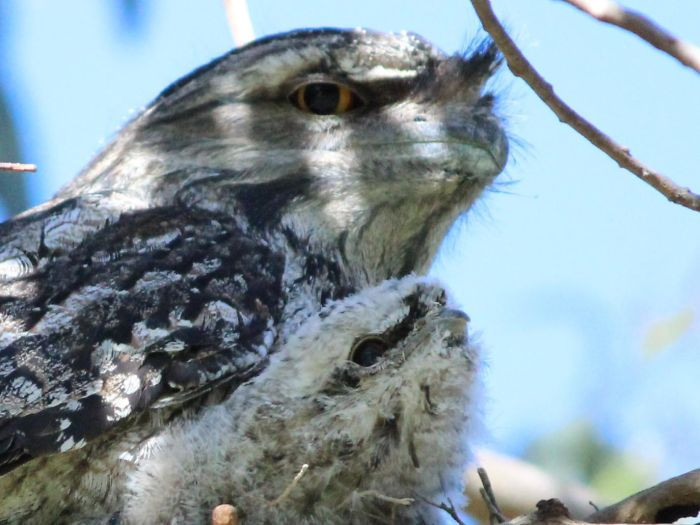 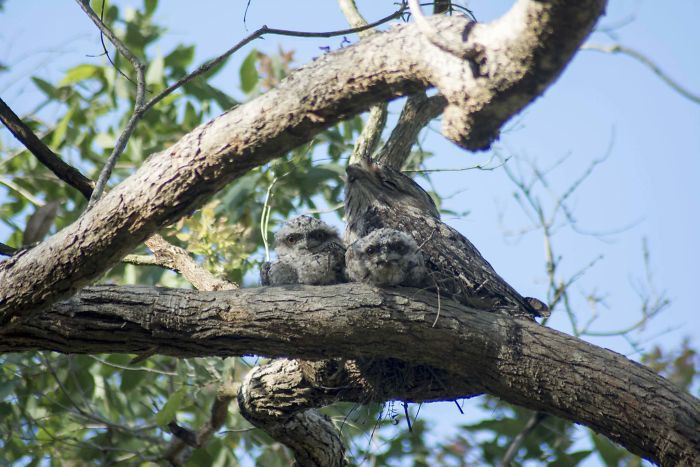