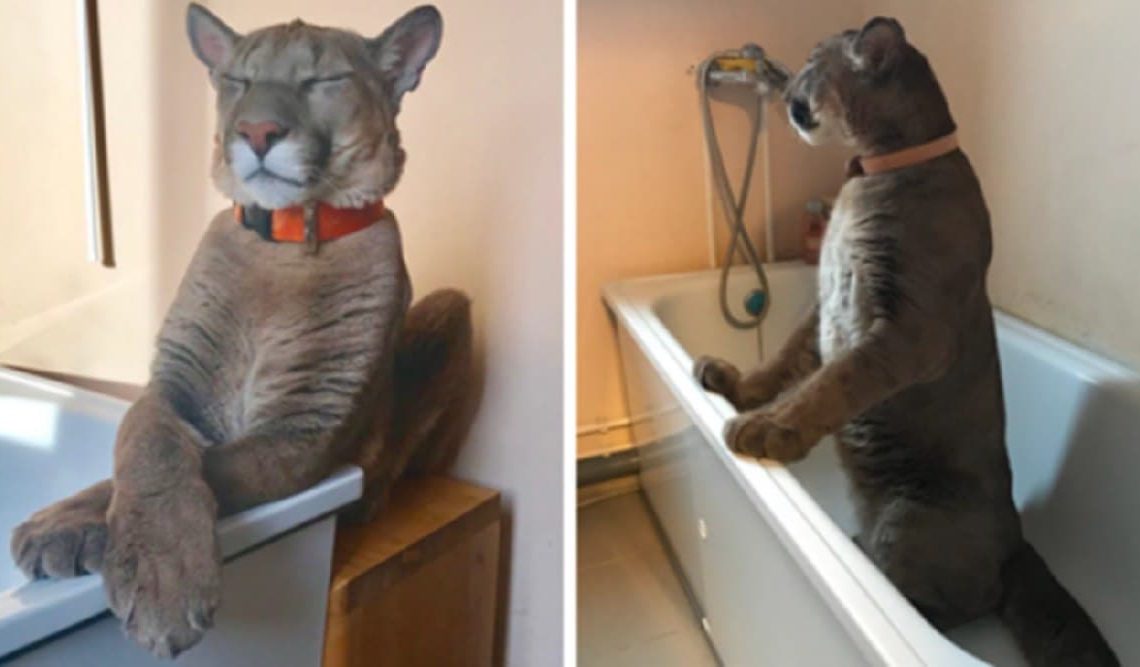 Maria and Alexander Dmitrievs share a two-room apartment with Messi. No, not with a football player, as one might think, but with his namesake – a 45-kilogram puma . A couple from Russia first saw Messi in one of the zoos in the city of Penza when he was only eight months old. Then they decided together that they should give shelter to the baby. 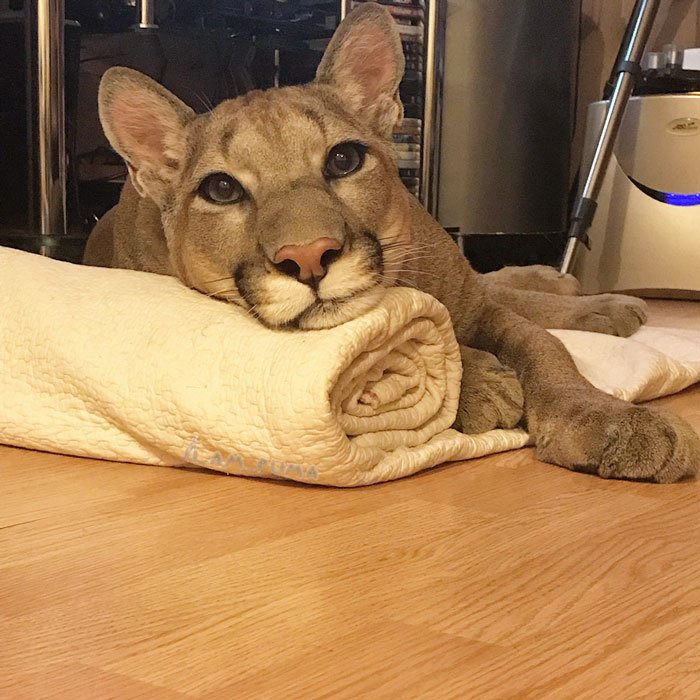 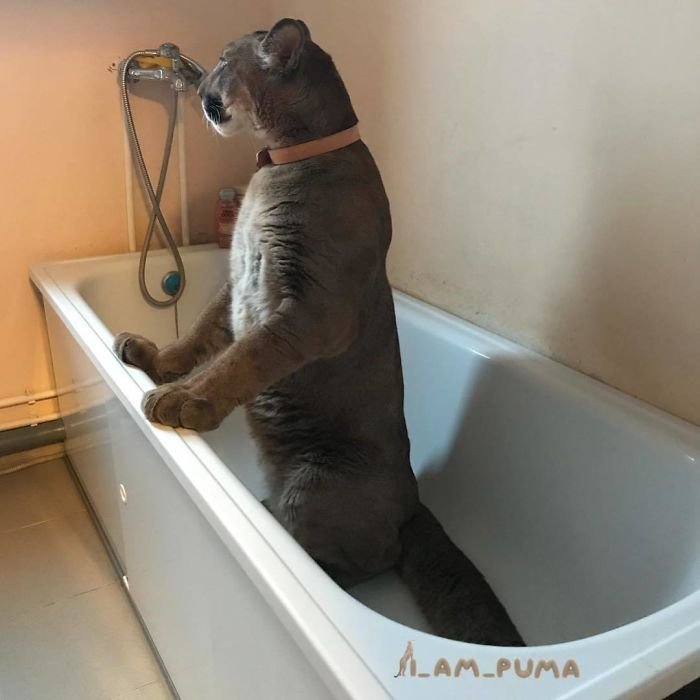 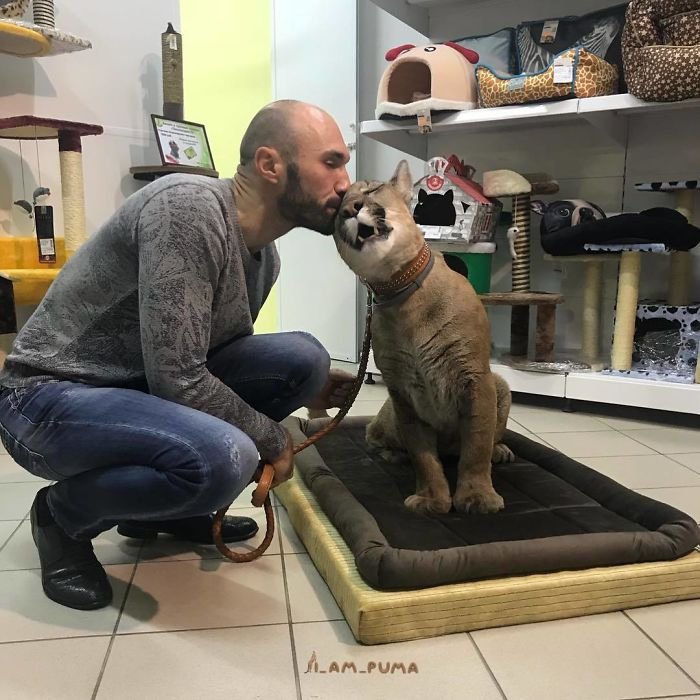 Messi was one of three furry cougar cubs that were born at the zoo. The other two, Suarez and Neymar, were also named after famous football players, because they were born during the FIFA World Cup held in Russia. At the age of three months, the cub developed health problems. The Dmitrievs, in love with the sick animal, turned to the zoo and asked if they could buy it. 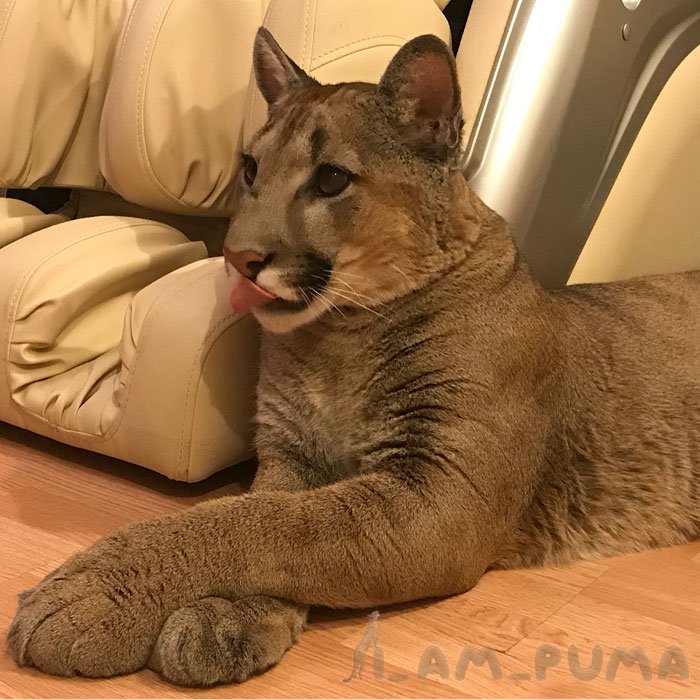 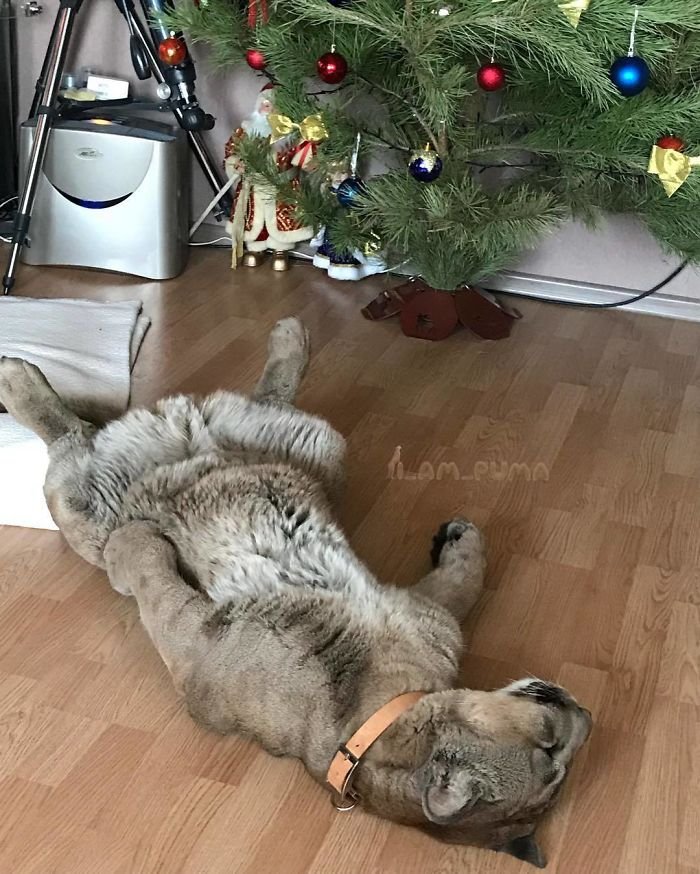 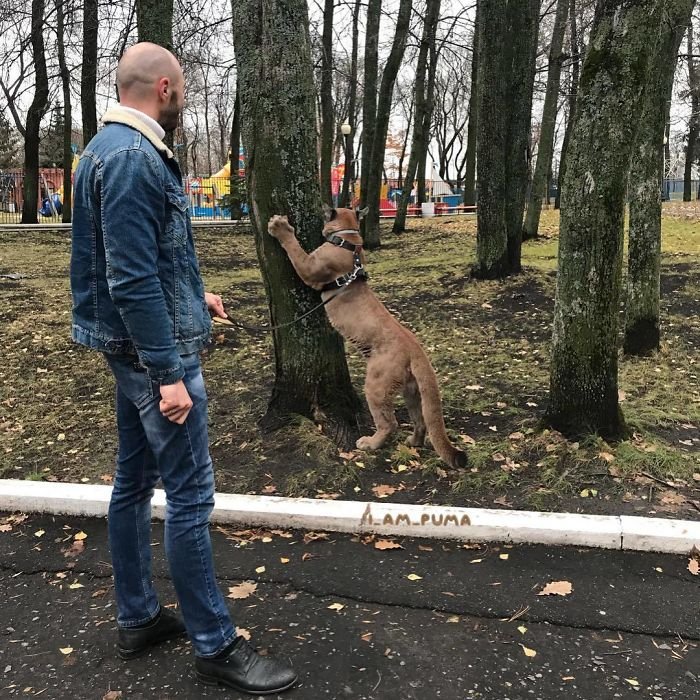 According to Maria, Alexander always dreamed of a big cat, really big. And they had plans to get themselves a lynx, they could not even think about a cougar. Therefore, when Messi appeared in their lives, they perceived him as a gift of fate. 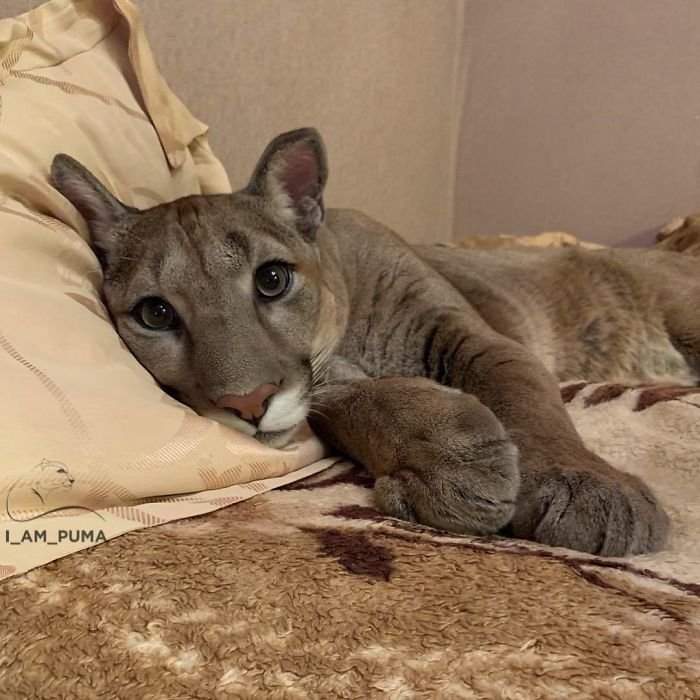 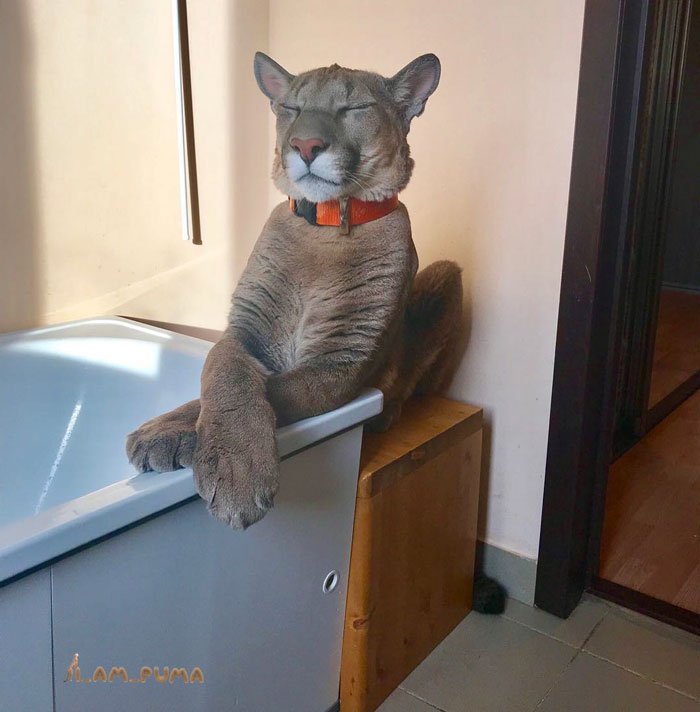 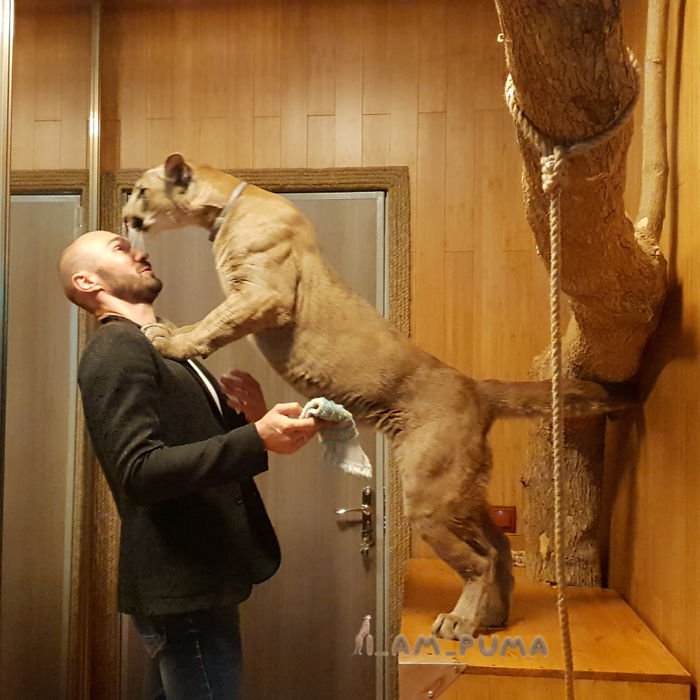 “For more than three days, we couldn’t decide if it would be okay to keep a cougar at home. Wouldn’t that harm her and would it not be dangerous for us? – says Maria. – But still, the desire suppressed the arguments of common sense and together with Sasha we went to the zoo. To be honest, we were surprised when they agreed to sell us Messi. ” 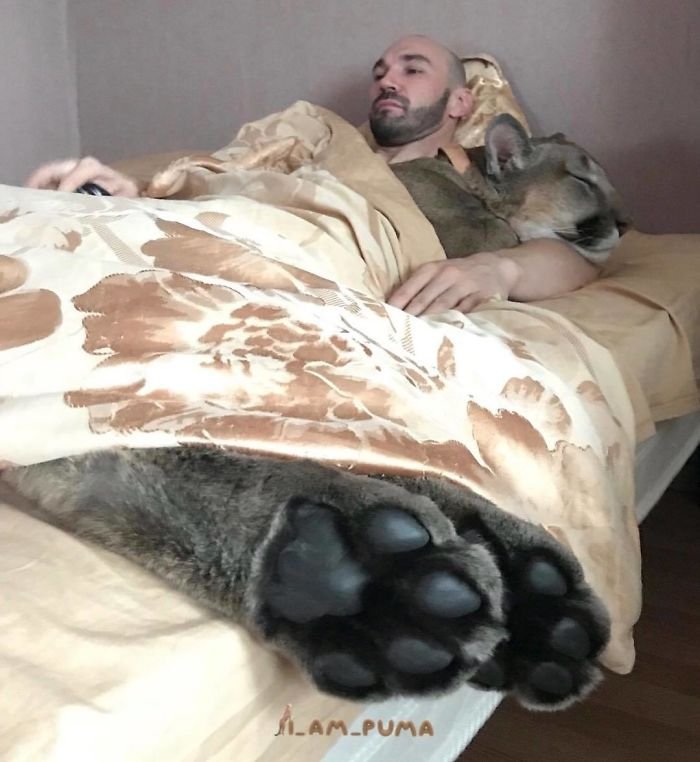 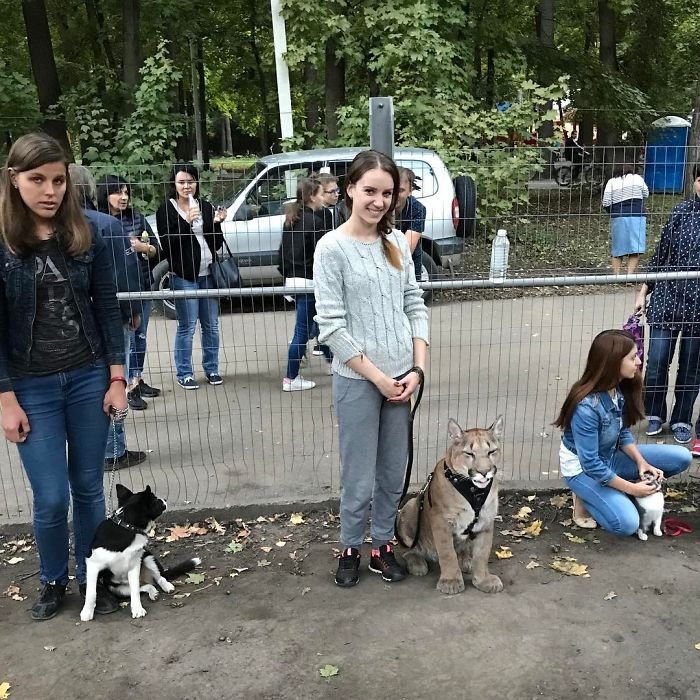 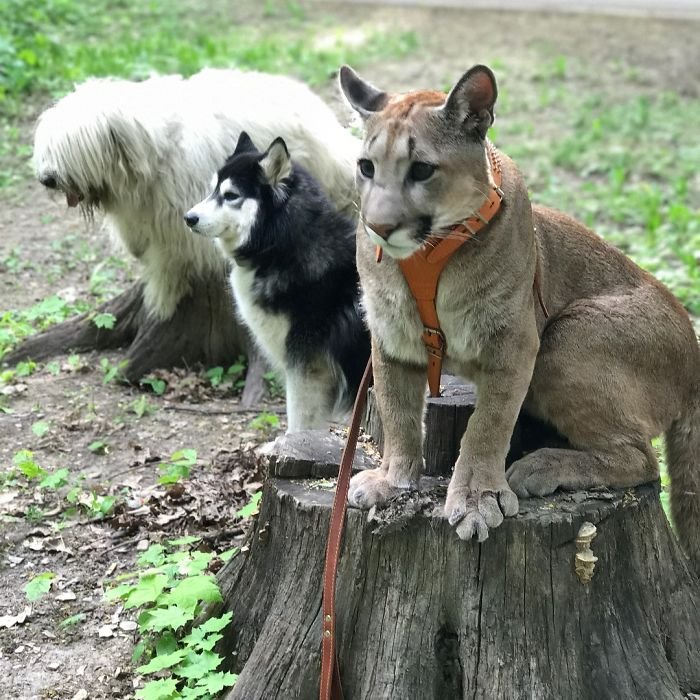 Like any other pet, Messi needs daily walks and at first this became a problem. However, having bought a leash and a special cape, Alexander taught Messi to go outside. In this regard, according to the owner, he is not very different from the dog. 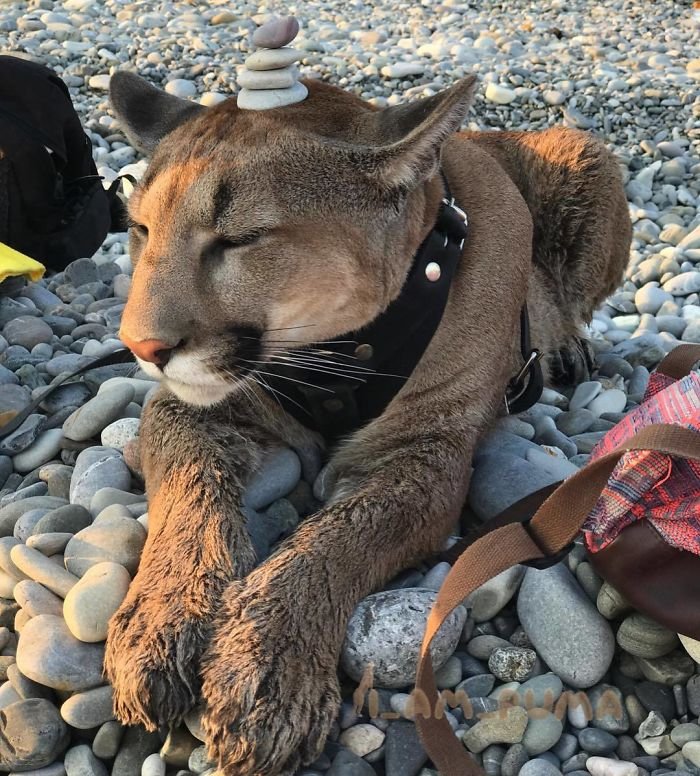 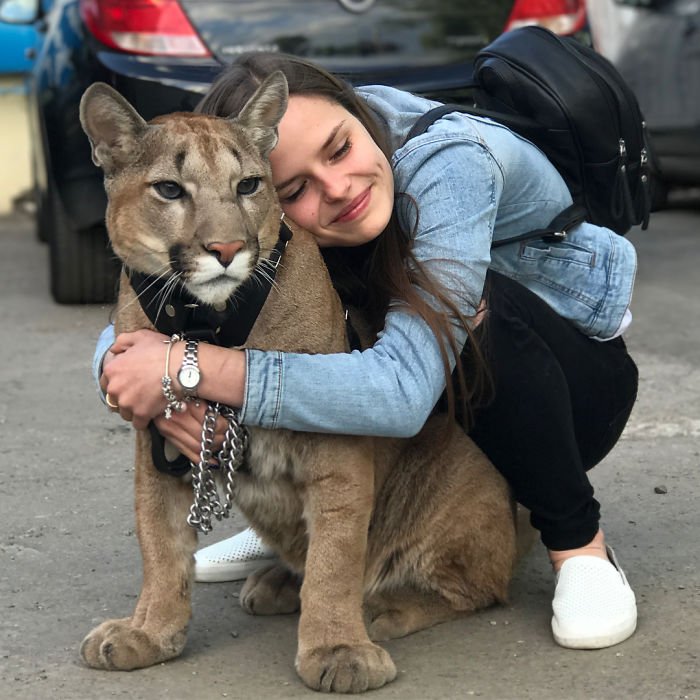 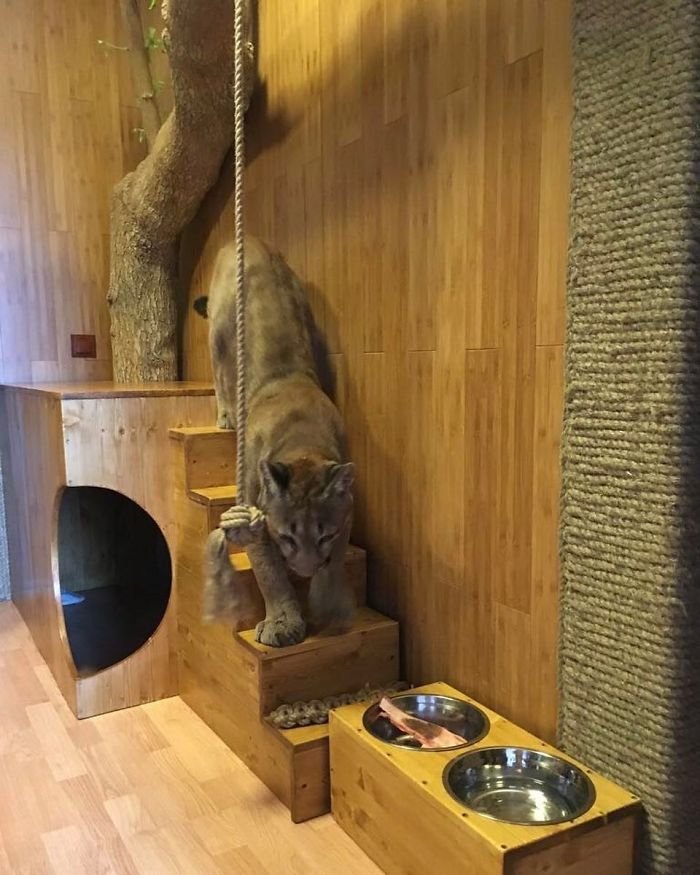 “He convinced us by his behavior that he is a full member of our family and that he will not do any dirty tricks, except for a couple of little things. He is very kind, loves society and gets along well with people, ”says Alexander. 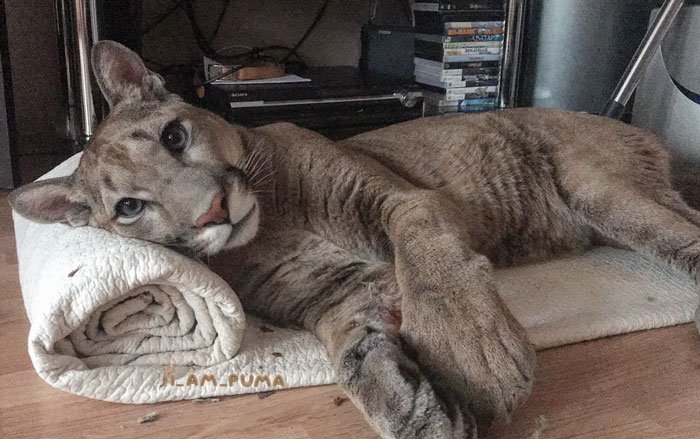 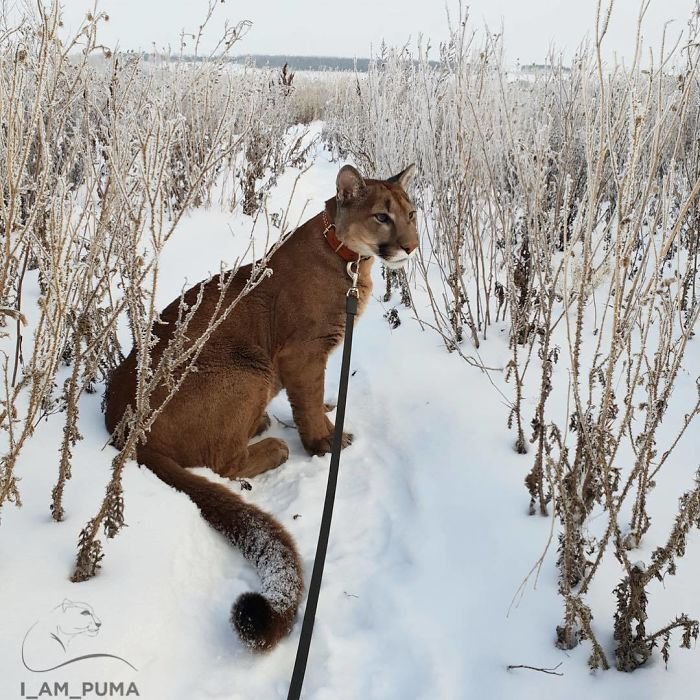 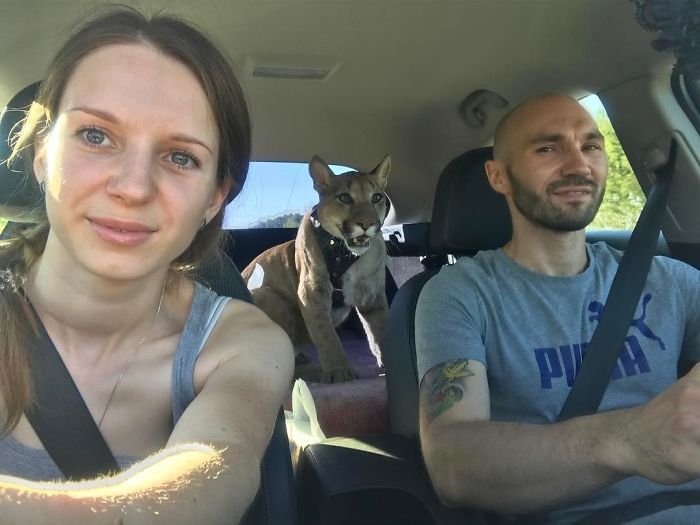 There are not so many of those who keep exotic cats in their home, and those who post videos of them are even fewer, so Alexander and Messi quickly became popular. Not like the real Messi and his 10 million subscribers, but also not bad – about 500 thousand people are watching how the cougar lives in an ordinary apartment, following updates on social networks. Alexander regularly uploads videos to the network dedicated to Messi, including a report on his favorite toys:

And also the bathing process of Messi captured in two parts: