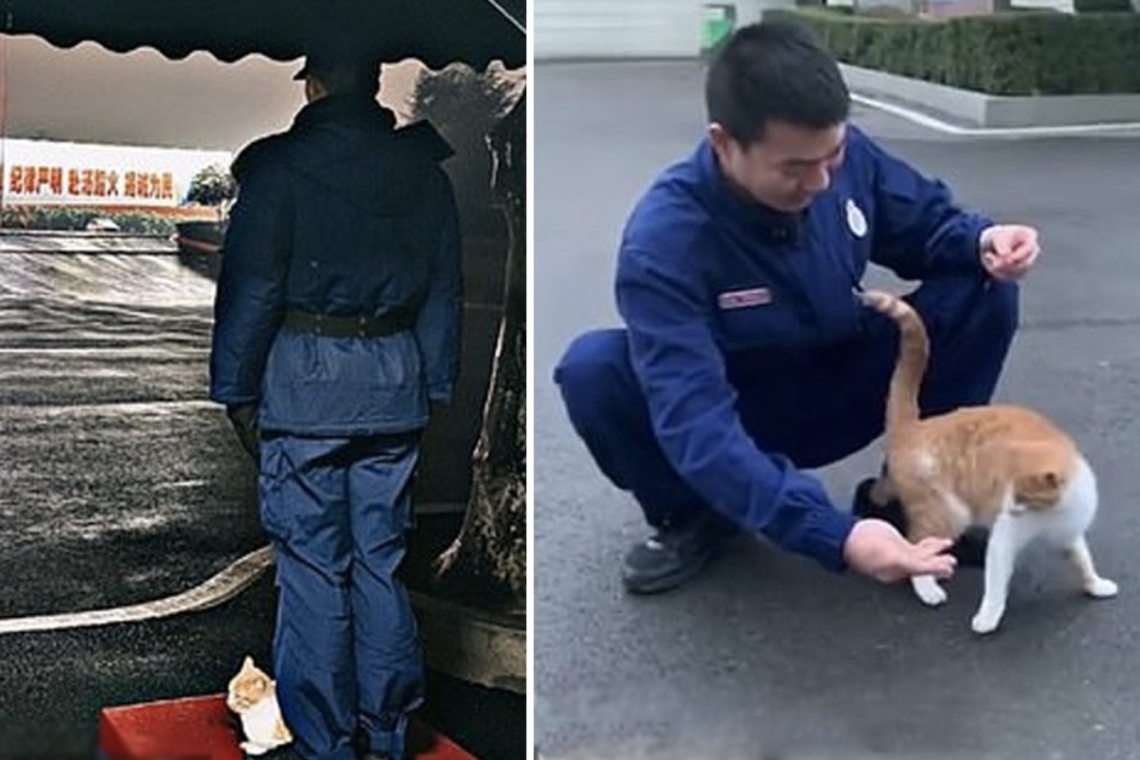 The adopted cat accompanies firefighters every day when they stood guard, no matter how harsh the weather is.

The news was featured by a local newspaper and caught the attention of thousands of people. As the officers go on their work to watch over the barracks, the cat accompanies them. It sprawls near their post and sometimes curls up to their feet to show affection. The officers are from Guizhou, a south-eastern province of China. 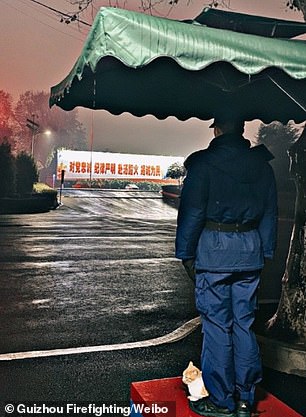 The officers met the moggie three years back when it accidentally ran into them during work.

The cat at that time was a weak kitten suffering from malnutrition. The officers fostered the kitten and are looking after it since 2017. They provided the kitten with good food and shelter and did everything to make it comfortable. The kitten was lean and frightened to live among humans during the early days, but gradually it started looking at barracks as its home. 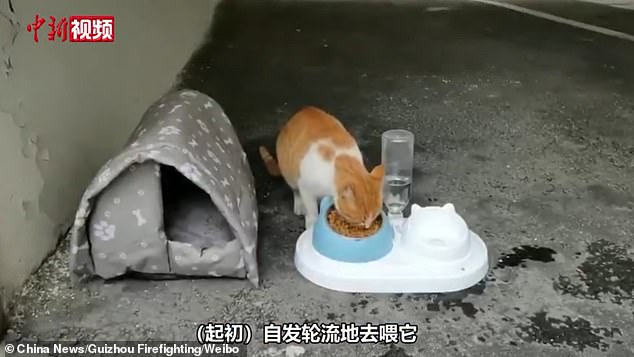 One of the servicemen, Sun Haoxiang, told the media that the cat always appears to rest beside them during their working hours.

He also added that no matter whether it rains or shines, the cat is there with them every day. Sun told the reporter that either it is raining, snowing, and the weather is extremely cold or hot, nothing can stop the moggie from jumping onto their strand and lying in front of their post.

The cat is given the nickname “Lan Mao” by the officers – Lan Mao means the blue cat. 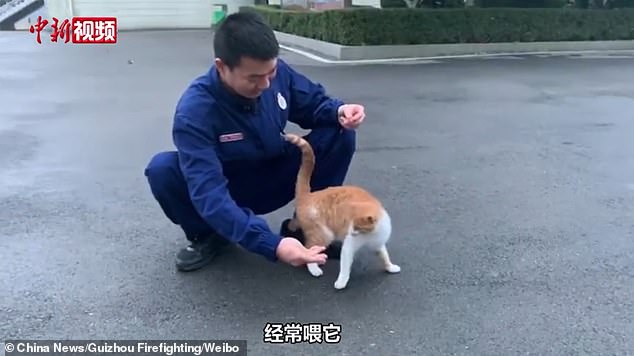 The heart-warming and friendly relation between the cat and the servicemen was featured on Monday by China News, a paper affiliated to China News Agency.

The photos show Lan Mao snuggling with the firefighters and taking a nap near their feet. The officers said as they feed the cat daily, it has gone more and more comfortable with the men in blue. 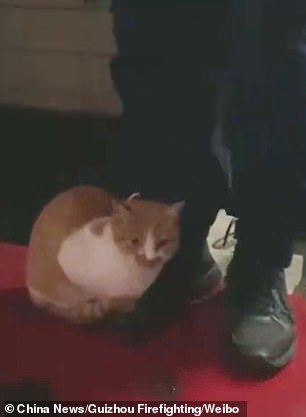 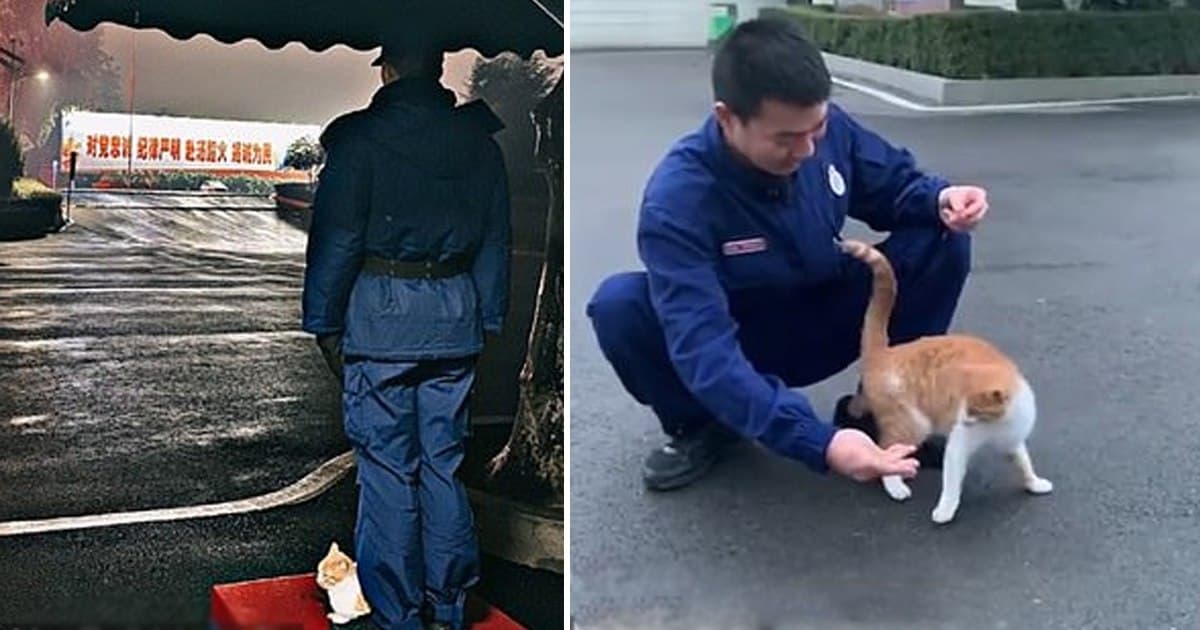