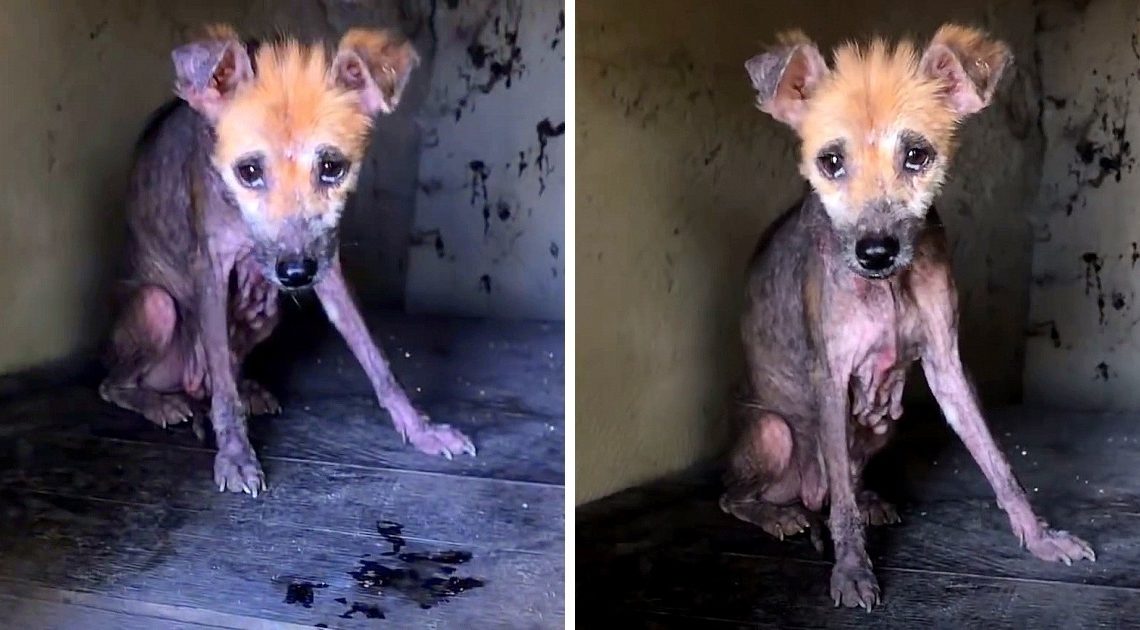 Lucy the dog was in shreds when she was discovered in an isolated doghouse beside an empty villa in Bali. She was severely ill with skin diseases, but she didn’t want to step out of that shabby structure she called “home”. She was clearly abandoned by her owners but she still held on to hope by waiting for them in her doghouse.

Two rescuers from “Bali Paws” were horrified as they saw Lucy’s cracking, furless and practically “naked” body hiding inside the lonely doghouse.

She was scared and in pain, and the sight of the rescuers approaching caused her to panic and shrivel up. She was shivering and ready to bite them, but they managed to win her trust and somehow managed to take her home. 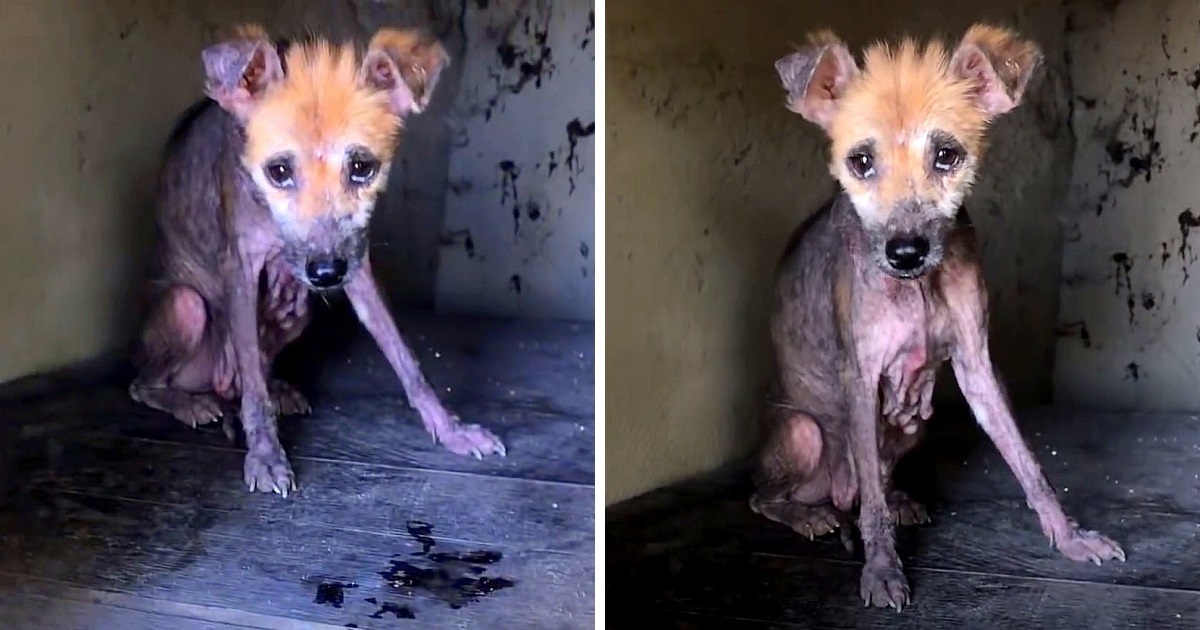 Lucy’s fears faded away as she put her faith in the 2 women who scooped her up from misery. She felt calm and protected in their arms as they drove her to the hospital.

Thankfully, Lucy wasn’t critically ill. She was diagnosed with scabies and eye infections, which were easily treatable with the right medications and care.

Lucy began her healing journey in her foster home that she shared with 16 other dogs. She was initially overwhelmed, but gradually found her rhythm with the other dogs.

She adored frolicking around with them and going on walks. However, it was her innocent attachment to her rescuers that was absolutely priceless! 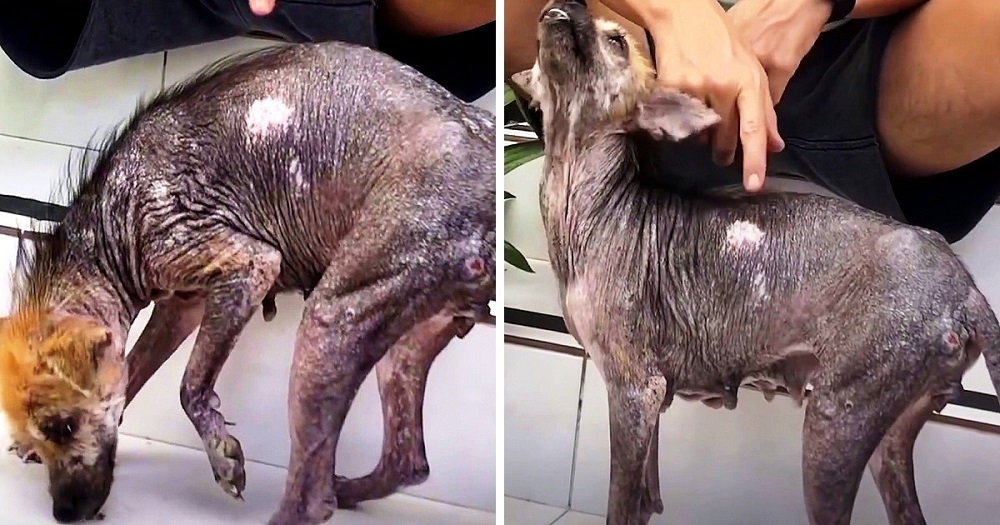 Lucy followed her rescuers around all day begging for cuddles, for she knew they loved her even on her bleakest days!

Lucy’s skin started getting better as the weeks passed by, until she blossomed into a beautiful fluffy stunner!

That’s when a Washington couple named Matt and Bri fell head over heels in love with her and came forward to be her forever parents! 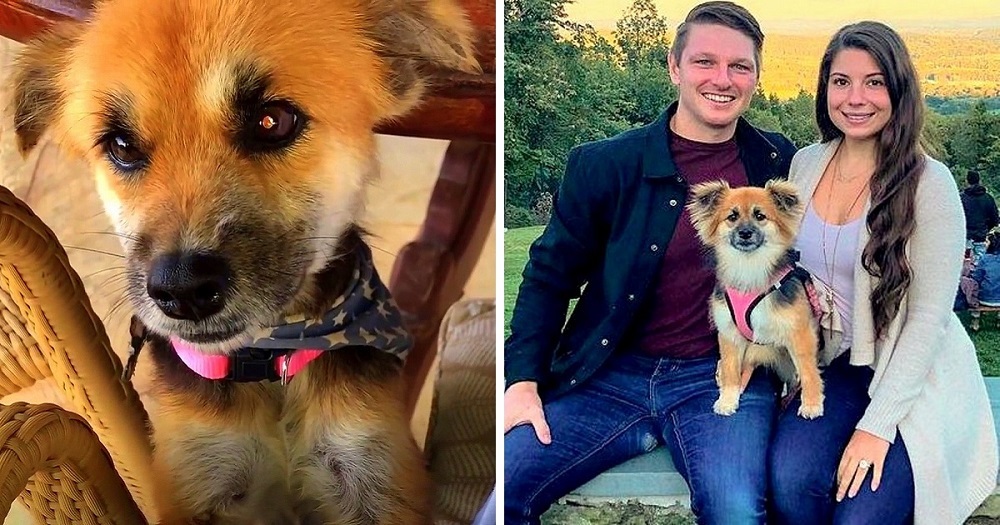 Lucy’s striking transformation in this video is a testament to how even the minutest of efforts can change a sad dog’s life forever!

Lucy is a far cry from her days of suffering and sickness. The way she triumphantly smiles and sprints about in her forever home is a proof that, with true kindness and compassion, miracles do happen !

Click the video below to watch the diseased and skittish Lucy doing a 180 with her glorious transformation!

WARNING: The contents of this video may be disturbing to some viewers.