Adorable moment when an orphaned baby elephant holds its own bottle 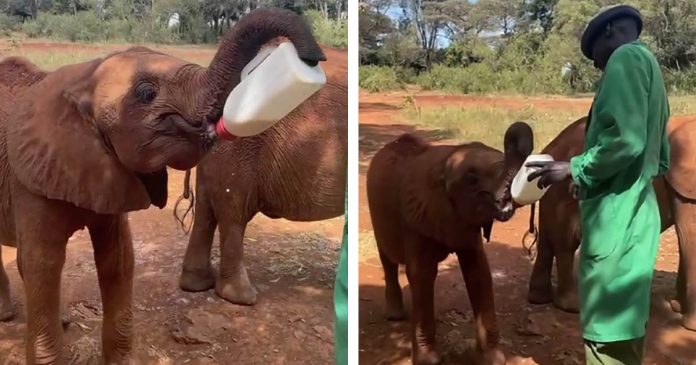 At the Sheldrick Wildlife Trust in Nairobi, a charming orphaned baby elephant tries to hold his bottle on his own. Two-year-old Bondeni was trying very excitedly to hold the bottle of formula milk with the help of the tip of his trunk.

Bondeni arrived at the Kenyan animal rescue center as a newborn in 2019. By the time it was recorded on video, you can see how the baby elephant manages to grab the bottle before dropping it and how he calmly allows his caregiver help you.

While trying to lift the milk bottle, Bondeni loses his grip and lets go of the bottle; her handler immediately steps in and helps the adorable elephant continue to take his bottle.

“He may be small, but Bondeni has a lot of personality and courage: watch him try to be a great bull and hold his bottle of milk alone. He is an orphan in the care of our nursery ».

According to the Daily Mail , Bondeni arrived at the rehab center after wandering alone in a town that borders Nairobi’s Chyulu Hills. The baby elephant’s legs were covered in wounds from walking near the lava fields. They took him to the central Kaluku camp headquarters, where they cared for Bondeni until he recovered.

At first it was difficult for him to walk due to his injuries, but as soon as the baby was healed he was transferred to the trust’s neonatal center to the nursery. 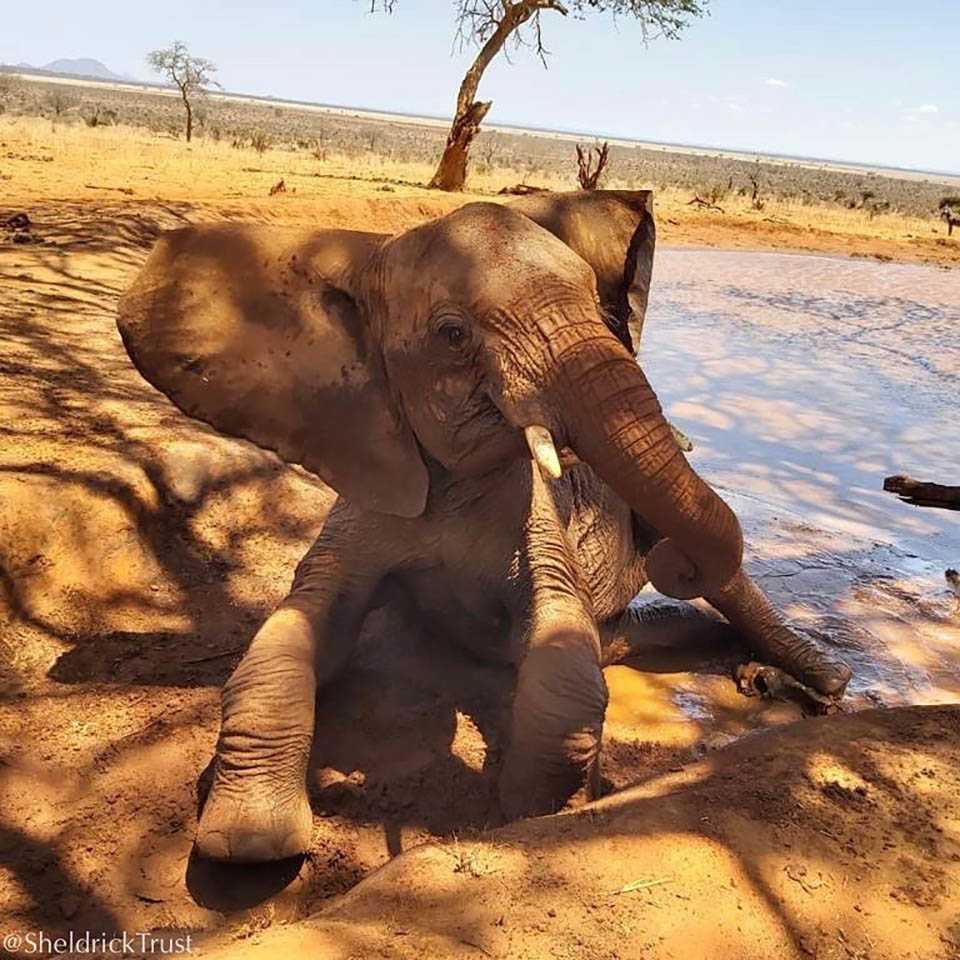 To feed Bondeni as if he were in the wild, the keepers prepare formula milk every 3 hours, and usually help him even to hold the bottle, but some animals are quite independent and prefer to feed themselves. 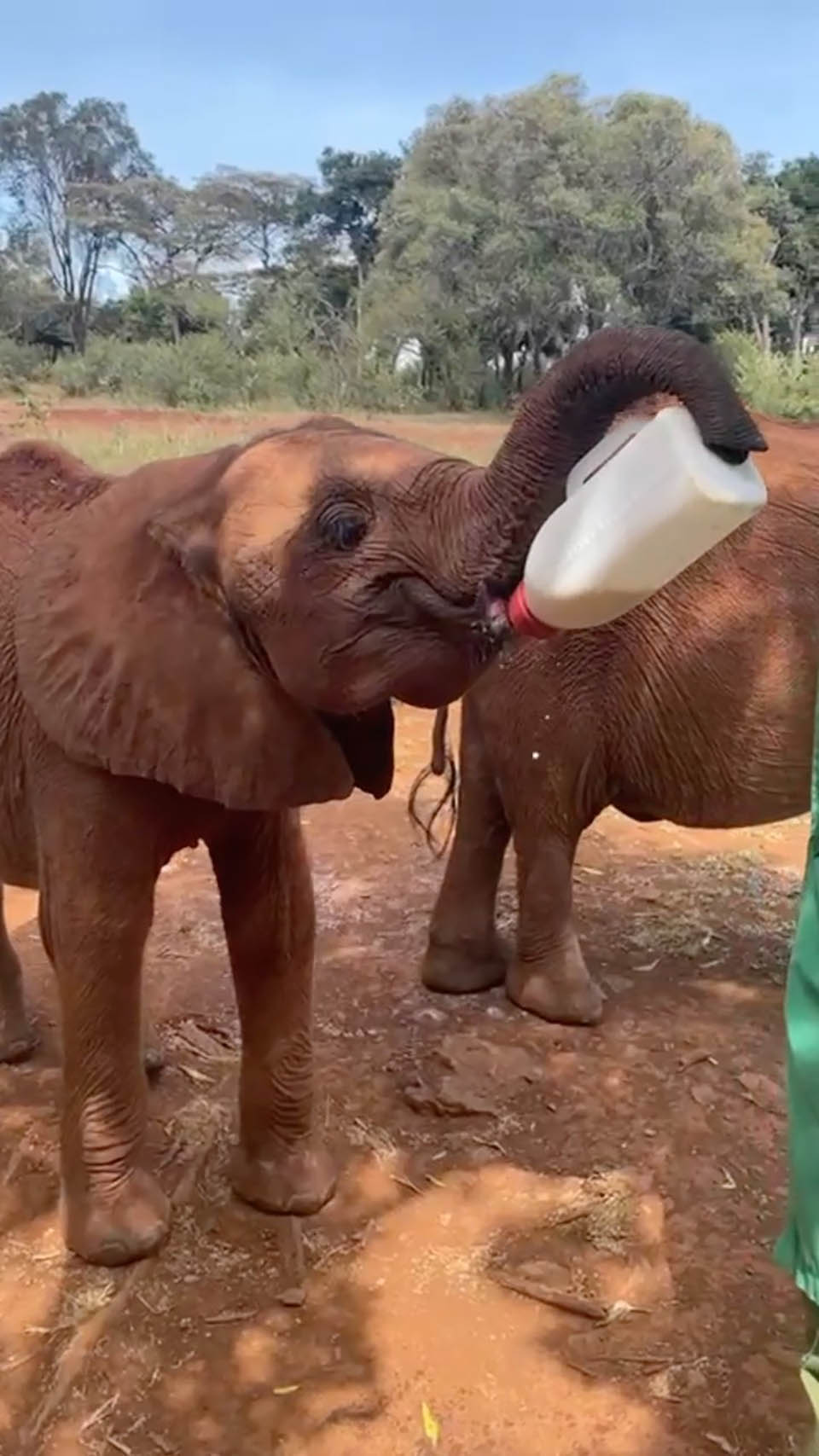 The wildlife charity is one of the oldest in Africa, founded in 1977 by Dr. Dame Daphne Sheldrick DBE, who is recognized for her work with rescued elephants.

They have helped more than 160 orphaned elephants, which are successfully raised and reintegrated into the wild. The organization works with the Kenya Wildlife Service and the Kenya Forest Service. 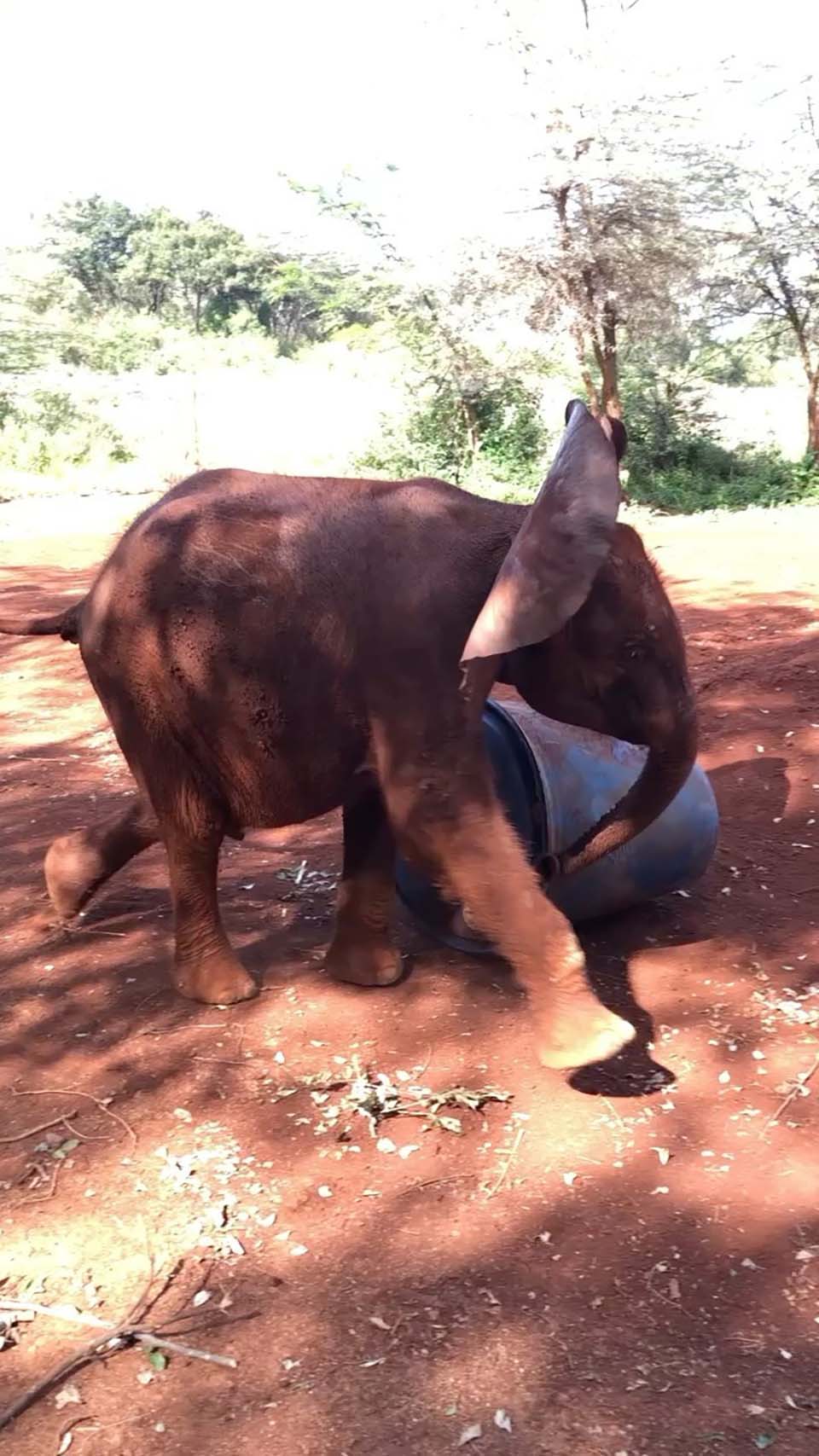 African elephants are known as the largest land animals and are widely known for their huge ears and long trunks that radiate excess heat, while Asian elephants are smaller in size and their skin has a dark gray to brown hue. and they have pink spots on the forehead, ears and the base of the trunk.