Blind, Frightened, And Very Much Alone, They Are Unable To Fend For Themselves, Desperate For Warmth And Food! 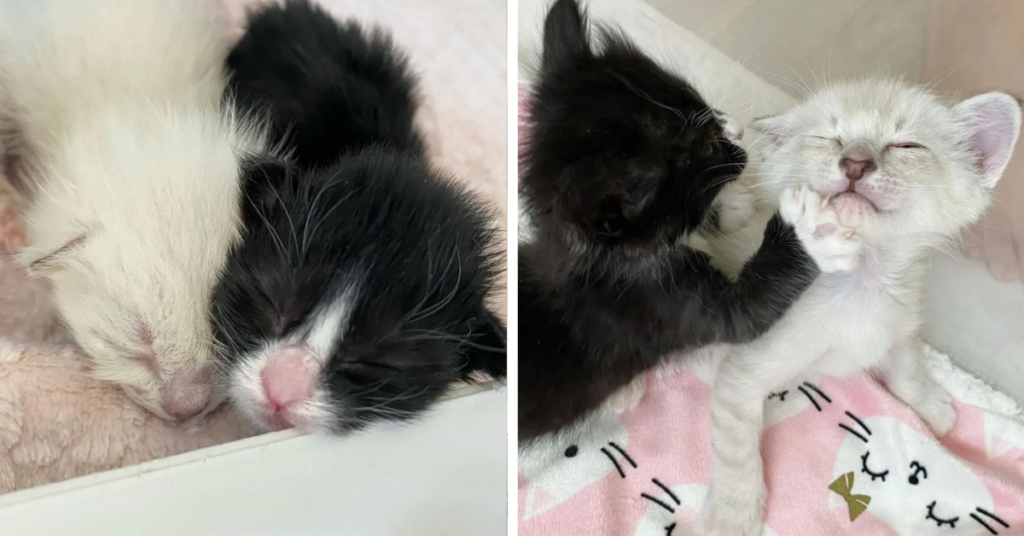 HAVING LOST THEIR MOM, ONE-WEEK-OLD KITTENS HAVE NO ACCESS TO WARMTH, AND MORE IMPORTANTLY FOOD.

“They were found by a Good Samaritan without any mom in sight and brought in to the rescue, so they could receive proper care,” said Patricia. 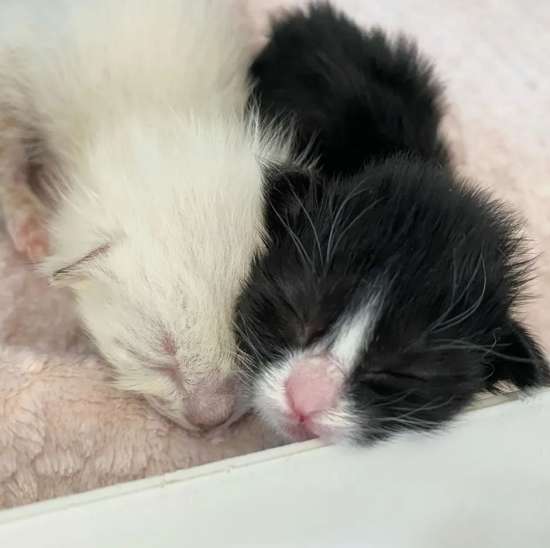 After taking them into her care Patricia began around the clock care and attention, naming them Grogu (white), and Princess Leia (tuxedo).

It wasn’t long, however, before she began to realize they were having trouble with their still closed eyes. 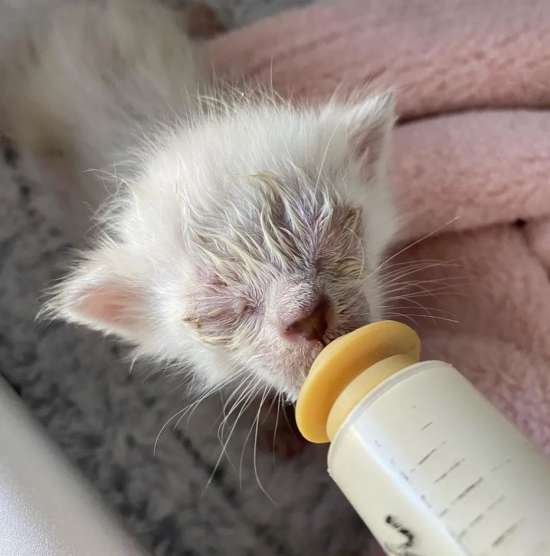 “They had neonatal ophthalmia, which is an infection that can occur through contact with the infected (cat) mom’s birth canal,” said Patricia. “This is very serious and should be treated right away.”

–Underweight and struggling to breathe, three tiny kittens need immediate rescue to have any chance at a better life.

After a visit to a vet, Patricia began treatment with warm compresses and antibiotics, desperately hoping to save their eyes. 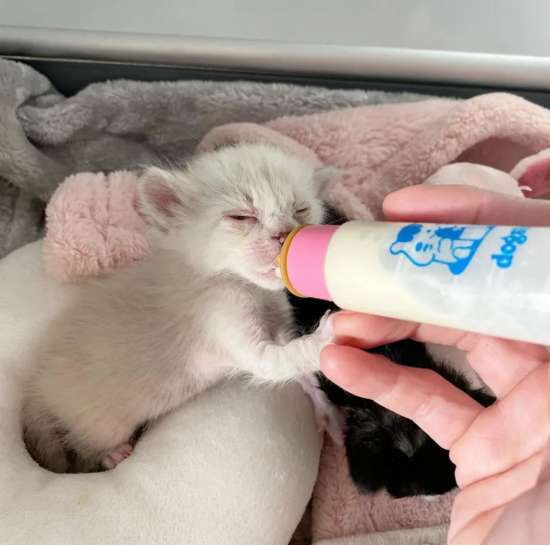 “It’s very imperative for the eyes to be cleaned every few hours so the infection doesn’t spread further and cause irreparable damage to the eye.” 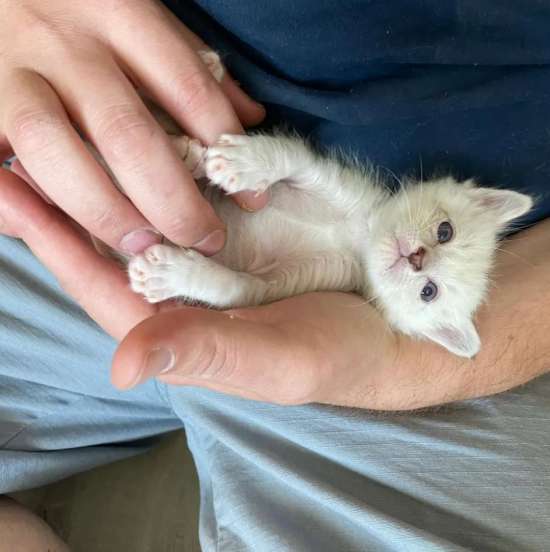 Loving all the attention, Grogu would crawl into Patricia’s lap for some extra attention.

“He is such a happy, grateful baby. He must feel so much better. His eyes are fully open and healing.” 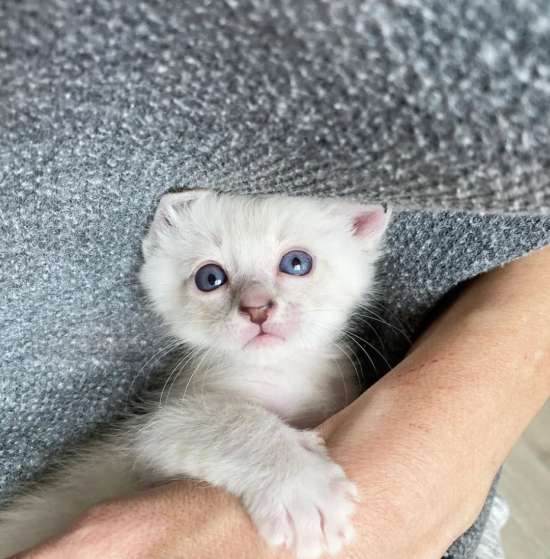 However, though Grogu was making progress in leaps and bounds, his sister was still struggling.

“We were really starting to worry about the health of one of her eyes, but being their voice, I knew I had to fight for her. We got another consultation and stronger eye meds to see if that would do the trick. And it worked,” said Patricia. 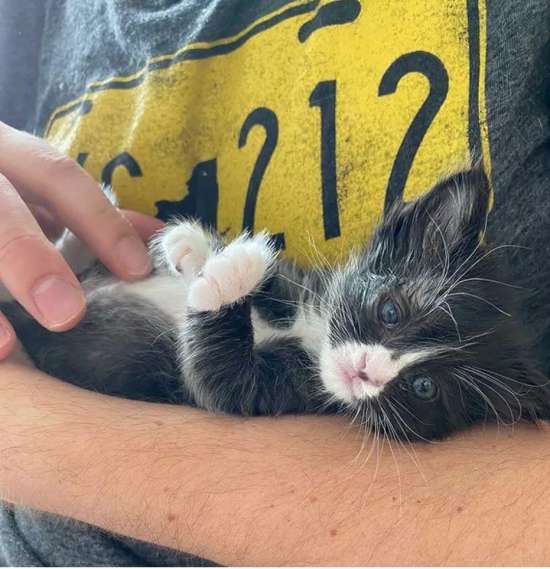 Once their eyes had cleared up and opened, they could finally see the world around them with their beautiful baby blues!

“They are now five weeks old and very healthy and happy babies.” 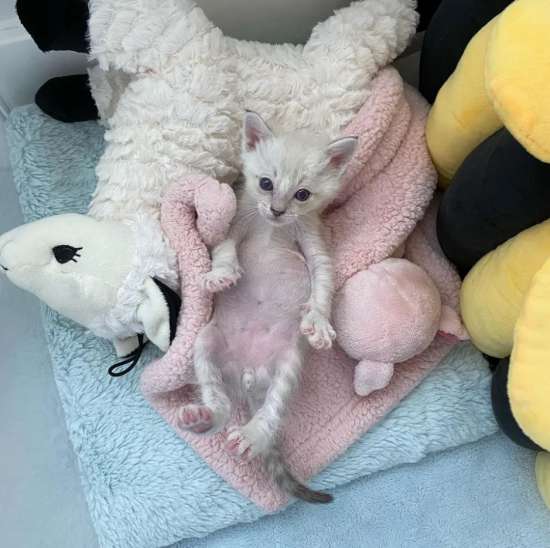 “They love to run around and wrestle with each other. They are starting to play with toys and learning how to use the litter box.”

However, one thing that trumps all in the new world that has opened up to them, is the special time they enjoy with their Foster Dad. 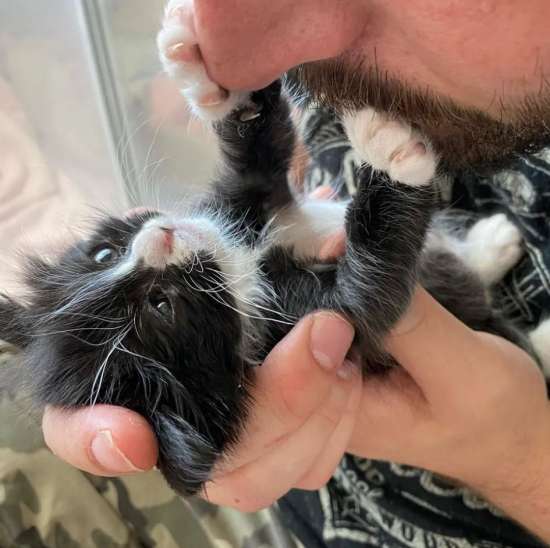 Grogu in particular has grown into a fully-fledged cuddle-bug.

Demanding cuddles whenever he could get them, with Leia catching on, not too far behind. 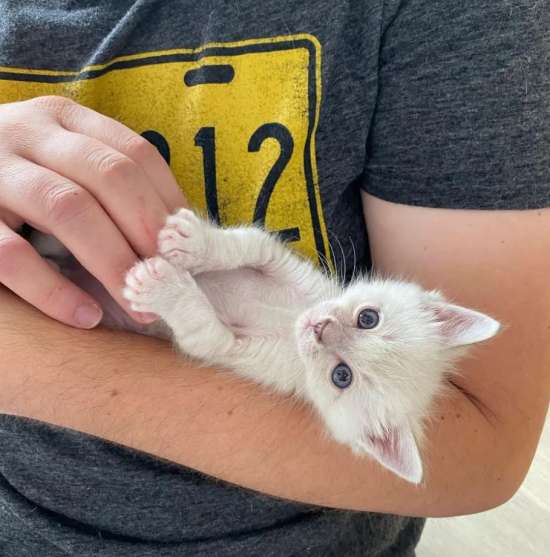 Thanks to Patrica, these two kittens have a bright future they can both quite literally, now look forward to.

“Watching neonatal kittens grow into baby kittens and so on is an absolutely beautiful experience.” 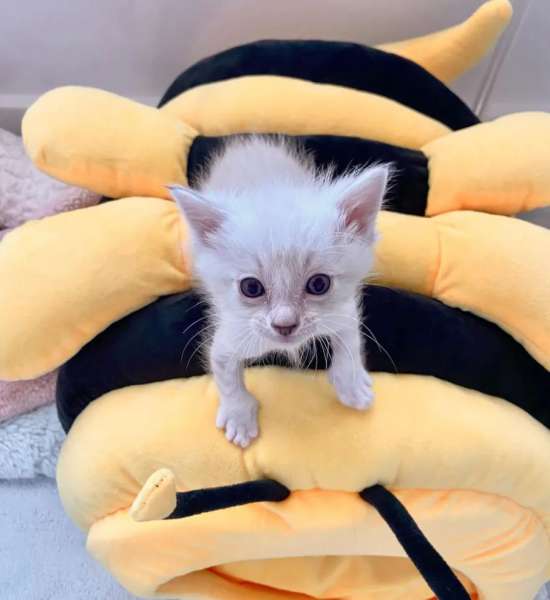 Grogu was now thriving, a bundle of energy that required lots of cuddles when he wore himself out.

And Leia’s personality was now coming to the fore. 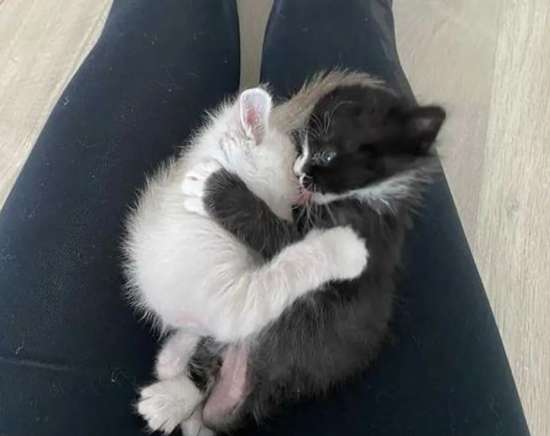 Though they are now blossoming into the kittens they were meant to be, they still have a long way to go before they are ready for adoption.

Thankfully Patricia will be there to help them every step of the way. “They will be a great joy to anyone who is looking to add a little fluffy magical creature to their family.” 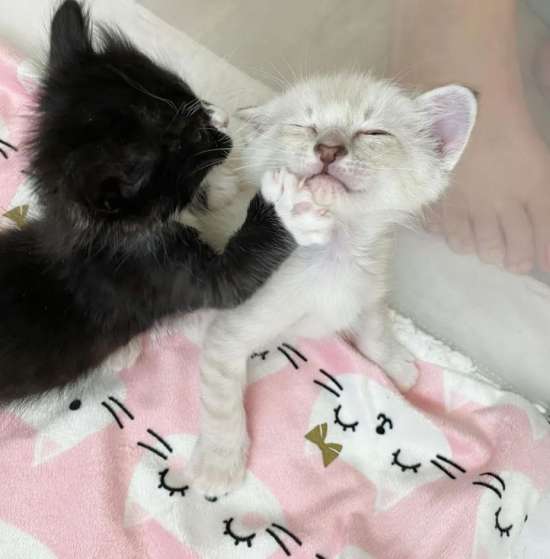 Keep up with all the news on the kittens and Patricia’s fosters here on Facebook and also here on Instagram.

Found On The Side Of The Road, Extremely Malnourished And Clinging To Life, He Was Seen Trying To Nurse From His Mothers Now Motionless Body!