Cat leaps from fifth floor of burning building, lands on his feet unfazed 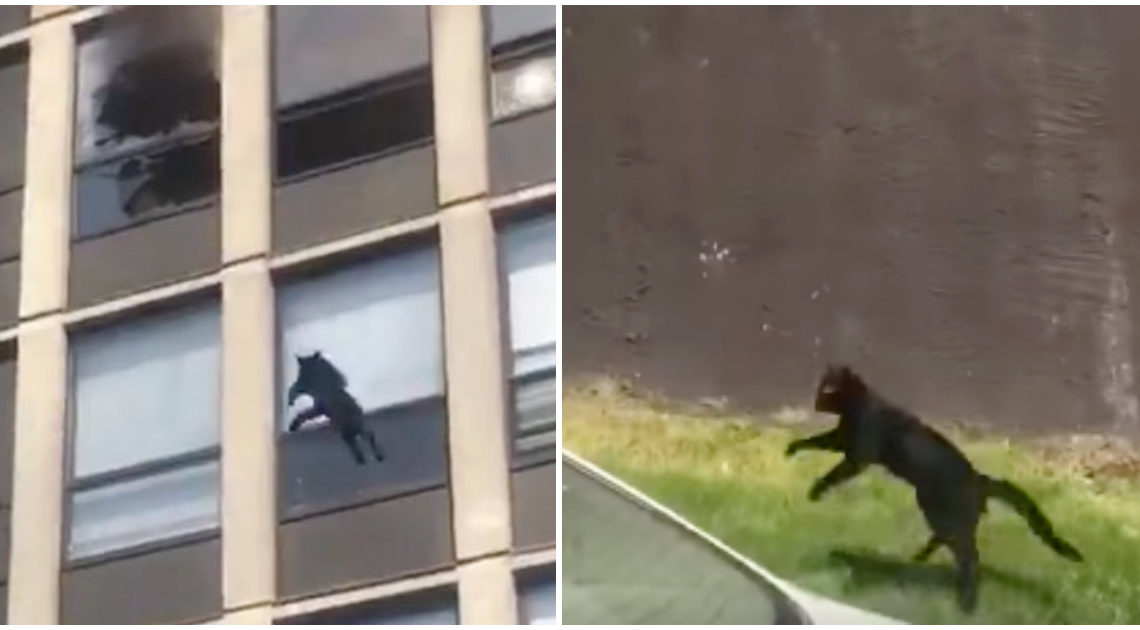 People like to say that cats have nine lives. While its sadly not literally true, cats, with their amazing agility and reflexes, have a way of surviving some seemingly-fatal circumstances.

Cats are also famous for always landing on their feet, which came in handy recently as one cat leapt from a burning building… and stunned onlookers by walking off unharmed.

Yesterday, a fire broke out at an office building in Chicago. The Chicago Fire Department arrived on the scene to extinguish it, and personnel took a video of the exterior. 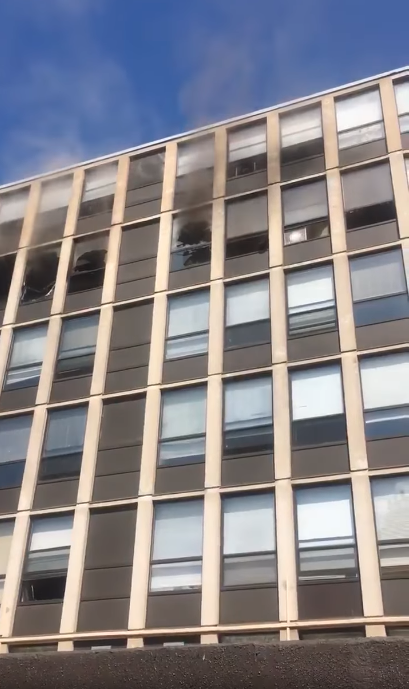 But the video recorded something unexpected: a cat, trapped in the building’s fifth floor, making one daring escape.

Onlookers gasped as the black cat appeared at the window… and suddenly made a giant leap of faith from the fifth story. 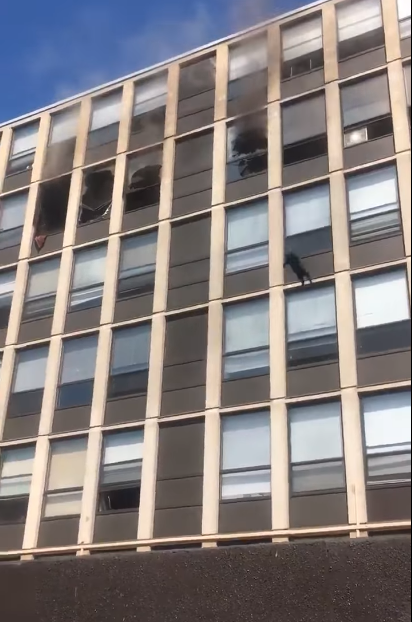 But to everyone’s amazement, the cat landed comfortably on his feet, as if he had just leapt from a couch. While black cats are often associated with bad luck, this feline made one lucky landing.

After making a seamless landing, the cat runs off, reportedly looking for his owner.

“It went under my car and hid until she felt better after a couple of minutes and came out and tried to scale the wall to get back in,” fire department spokesman Larry Langford told ABC News.

Nine lives for a cat that jumped from fire at 65th and Lowe. Cat hit grass bounced and walked away! pic.twitter.com/LRBsjMta2Z

The cat was reportedly unharmed after the jump, and thankfully no other injuries were reported in relation to the fire.

The story has gone viral, with many viewers joking that the cat used up one of his nine lives.

What an amazing landing. Cats really do always land on their feet. It’s incredible what they’re capable of!

We’re so glad this cat is safe! Share this amazing story!