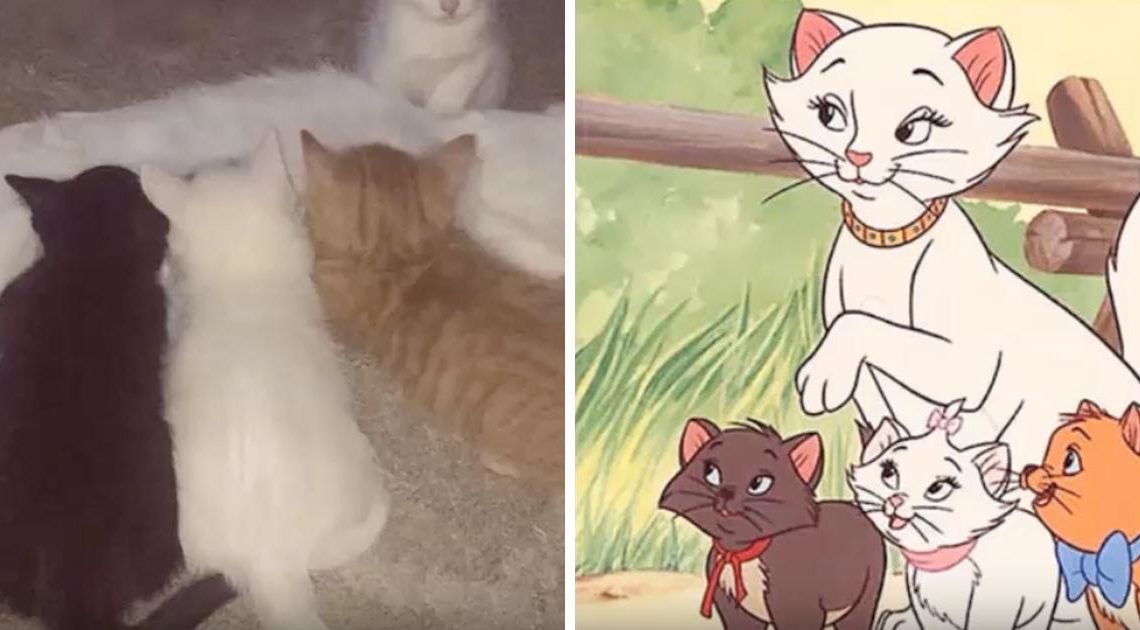 Life is often full of surprises. Shelby Sewell-Lopez and her family sure found this to be true after adopting a pure white cat who was desperately in need of a forever family and some tender, loving care.

In 2018, Sewell-Lopez adopted a rescue cat and decided to name her Duchess, after the star of the 1970’s animated film “The Aristocats.” At first, Duchess was in bad shape, suffering from a hernia and numerous parasites. In an interview with Bored Panda, Sewell-Lopez said, “Through all of the rehabilitating, she kept her calm demeanor and a beautiful cat emerged. She is unbothered by everything except the vacuum cleaner!”

One day, Sewell-Lopez discovered Duchess hiding in a closet with what appeared at first glance to be a mouse. Upon closer inspection, Sewell-Lopez realized that the “mouse” was actually a kitten! She had thought that Duchess had been spayed before adoption, so this discovery was, as you can imagine, quite a shock.

Well, the surprises just kept coming as Duchess went on to deliver two more kittens of different colors.  Sewell-Lopez couldn’t help but notice that their Duchess had just given birth to the entire Aristocat family! Duchess also gave birth to a bonus kitty, another white kitten with blue eyes, who they naturally named “Blue.”

The genders of the kittens even matched the characters in the movie making them easy to name. The little black kitten was named Berloiz. The white female became Marie, and the orange boy was named Toulouse. Sewell-Lopez family are now happy with their Artistocats, they even have their own facebook page!