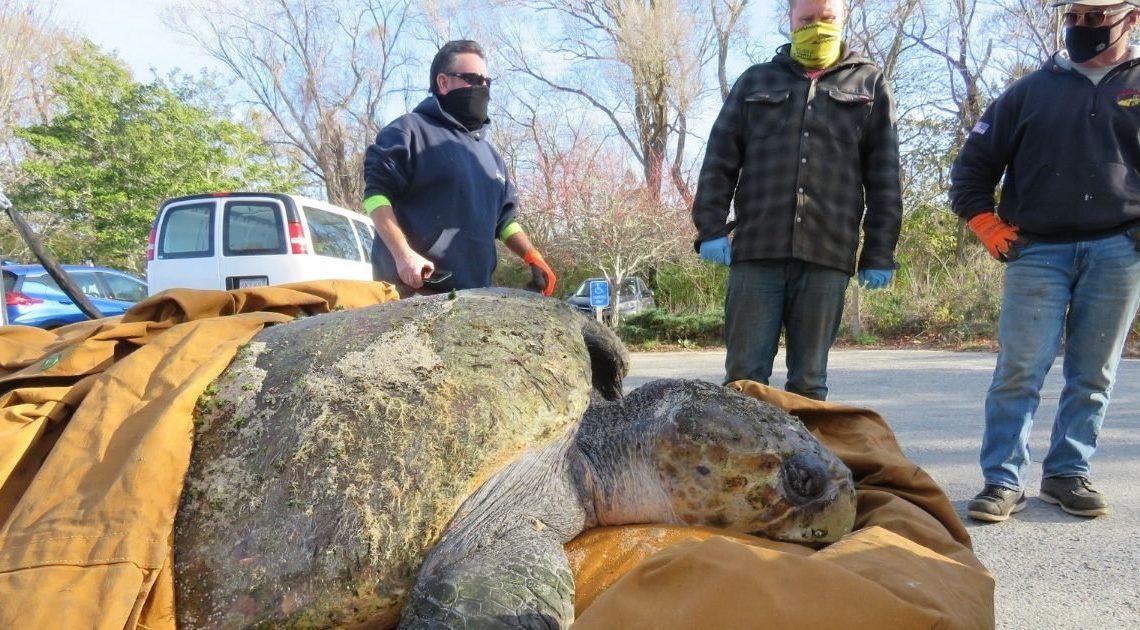 According to a statement from the Massachusetts Audubon Society’s Wellfleet Bay Wildlife Sanctuary, the reptile was among more than 150 other turtles have been stranded on beaches in the area over a course of a few days. 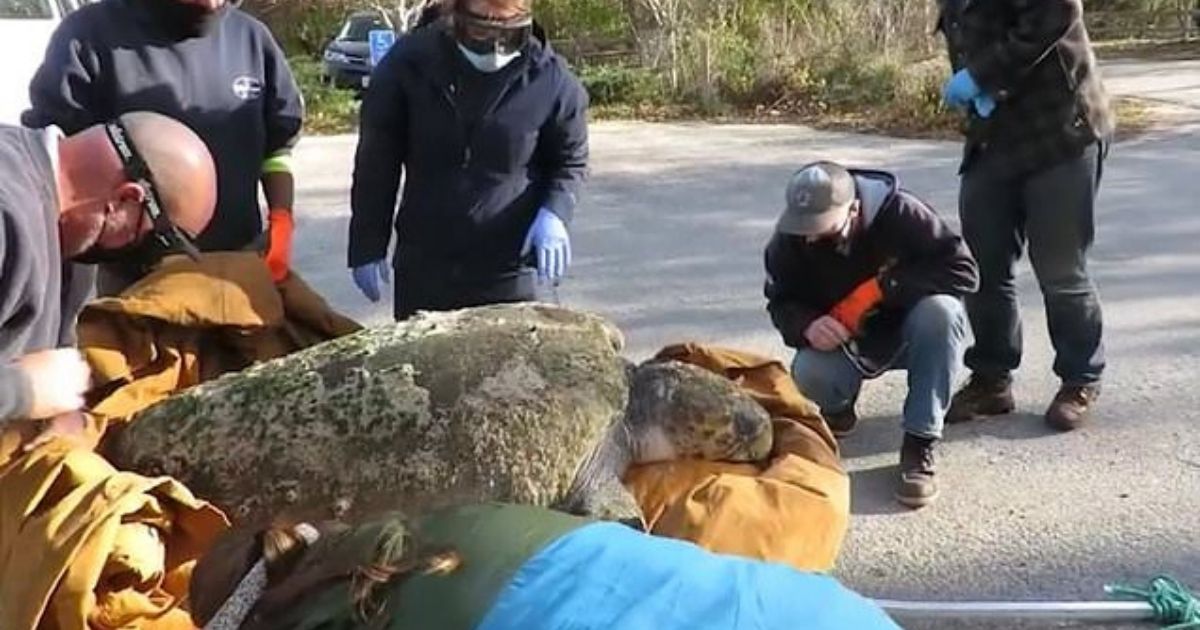 The 350-pound loggerhead was quickly transferred to the sanctuary and then transported to New England Aquarium’s Animal Care Center where it is currently being treated.

Rescue officials say it is very rare for an adult sea turtle to be stranded in the fall – a majority that becomes cold-stunned are typically juveniles.

USA Today reported that sea turtles are found stranded during the fall when they are unable to make their way out of Cape Cod Bay while migrating to warmer waters. 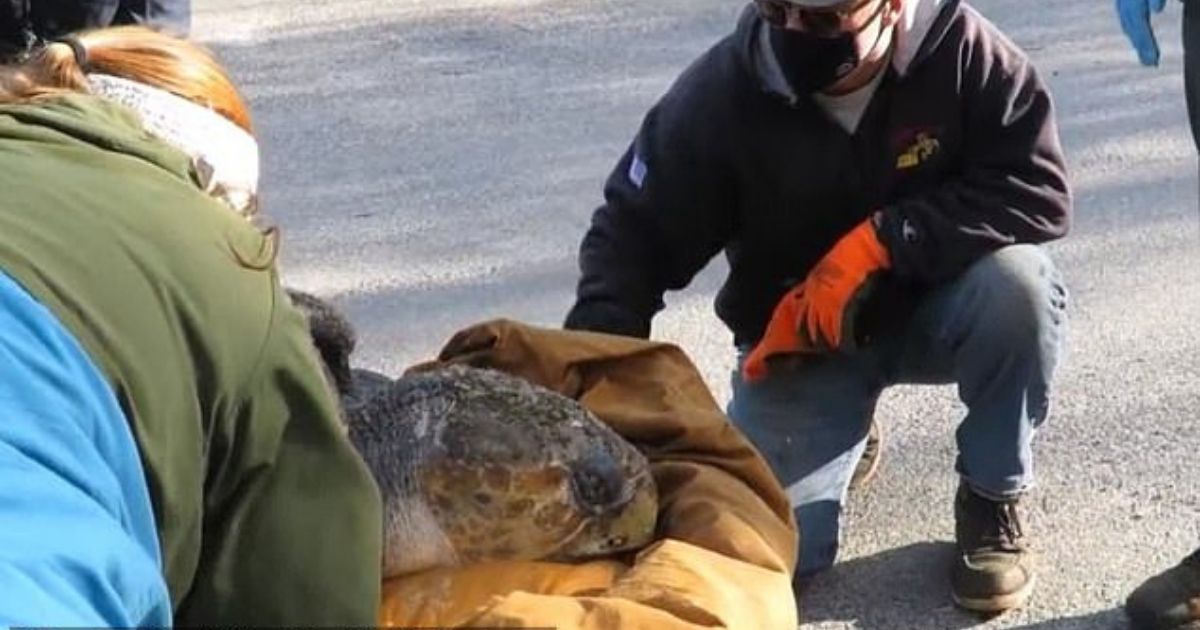 Although it is not uncommon for a large adult loggerhead, officials say such events only occur in the colder months starting in December.

Rescue officials added that they do not suspect it was the cold water that stuns the turtle but suggests something may have happened before he washed up onshore.

The turtle — which is believed to be about 30 years old — was first discovered laying on its back on the beaches of Truro. This compromising position puts all the turtle’s body weight directly on its lungs, which prohibits it from breathing.

The Mass Audubon Wellfleet Bay Wildlife Sanctuary posted a video on Facebook showing a team rescuing the 350-pound loggerhead. The group helped gather the turtle in a blanket and transport it to the Aquarium for treatment. 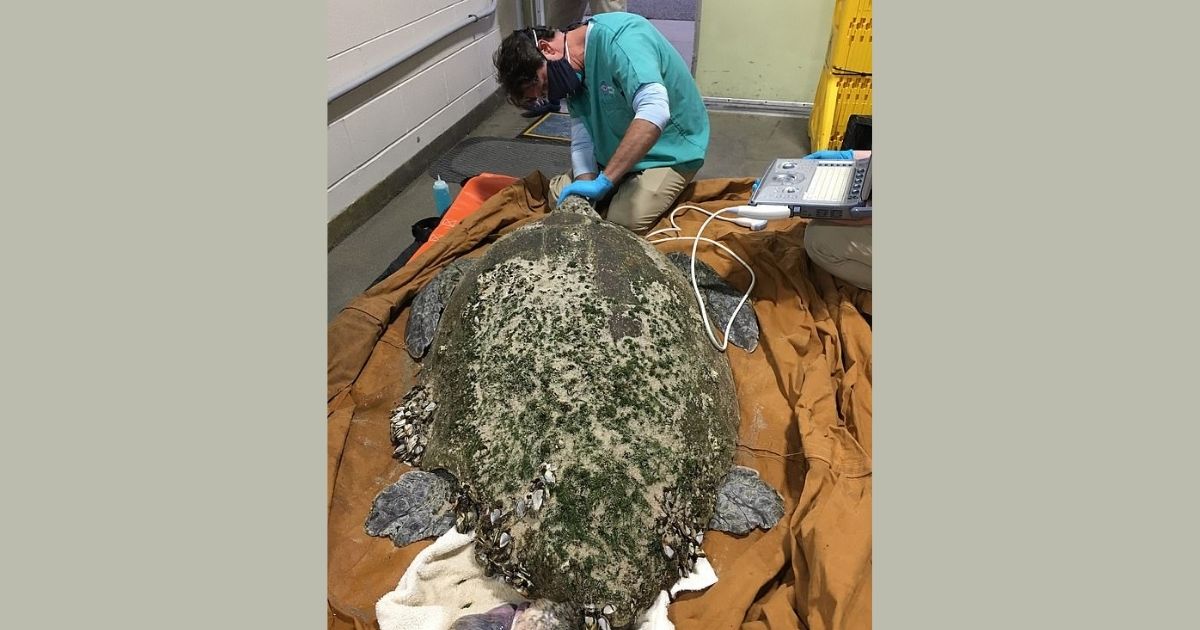 In a report from boston.com, veterinarians and biologists at the aquarium have been treating the turtle with mediation and replenishing his fluids in a bid to stabilize him.

The aquarium officials posted photos of the loggerhead on Facebook, saying he came in only ‘minimally responsive and was not initiating breaths on his own.’

Vets went to work as soon as the turtle came in, taking blood tests and x-rays with hopes of determining what stranded the massive reptile on the shore. The goal is to nurse the turtle back to health as soon as possible and return him to the wild. 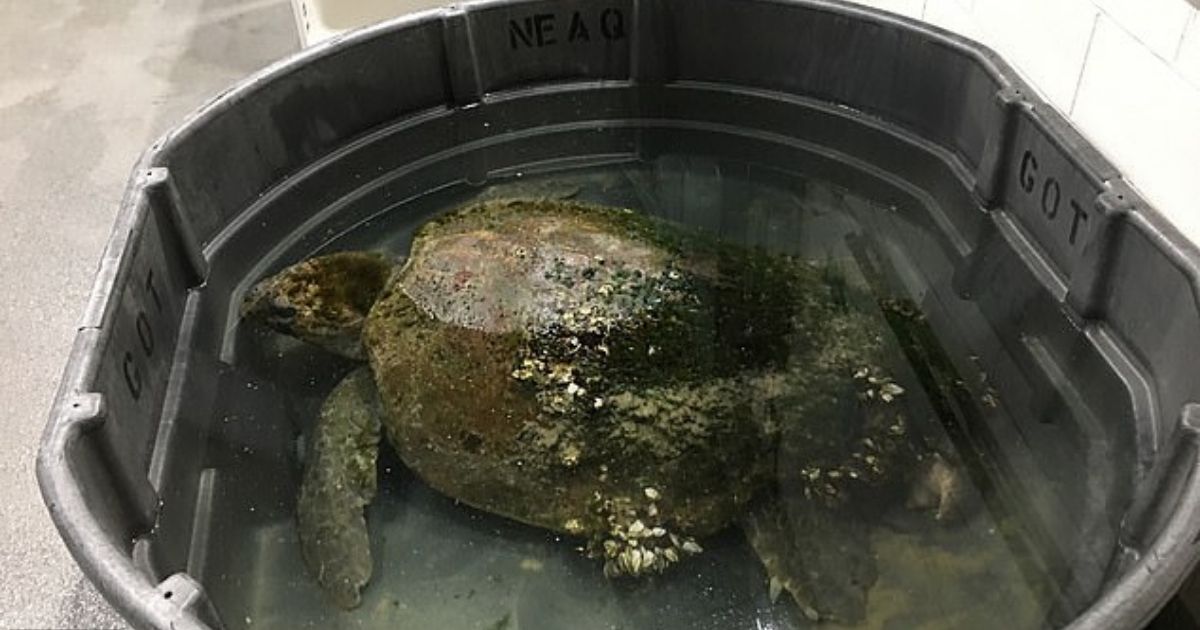 “The odds of this turtle even existing right now is quite low,” Dr. Charles Innis, The New England Aquarium’s Director of Animal Health told NBC Boston. “So once we get an adult in the population and they’re successful in the population, we want to make sure they stay there.”

Loggerhead turtles get their name from their massive heads that hold powerful jaw muscles, which they use to crush their prey. This specific turtle is rarely hunted, but its population is on the decline in the US due to bycatch in fishing gear.