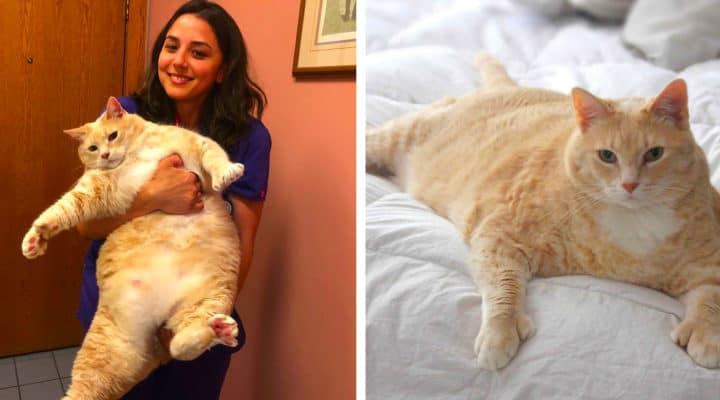 Overweight pets are never a good thing. While they may look more cuddly, actually it is very dangerous for their health. All pets need a balanced diet as well as plenty of exercises to stay fit and healthy. However, this fat cat had been neglected and allowed to get very overweight. Then, his owners abandoned him.

However, he was taken in by a shelter. Then, his luck started to turn around. Mike Wilson and his girlfriend Megan Hanneman went to the shelter in the hopes of adopting a kitten. But, when they saw Bronson the fat cat, they immediately fell in love. 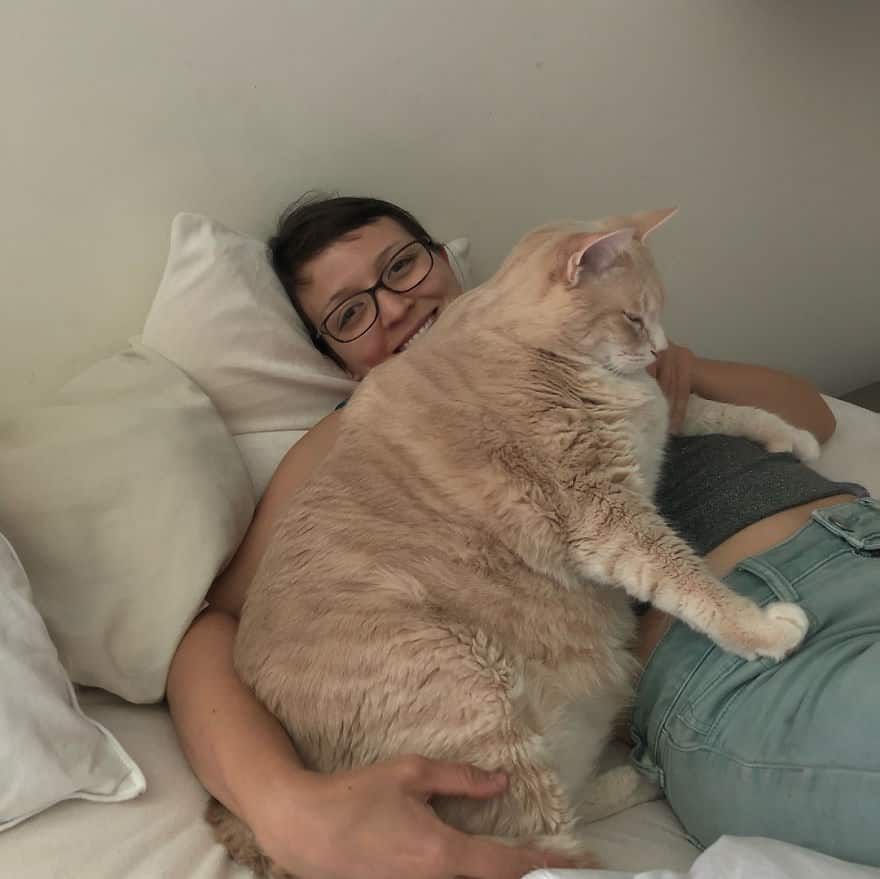 They took Bronson in and immediately took him to the vet. They knew there was a lot of work ahead, but didn’t realize how much they had to do.

They took Bronson in and immediately took him to the vet. They knew there was a lot of work ahead, but didn’t realize how much they had to do. 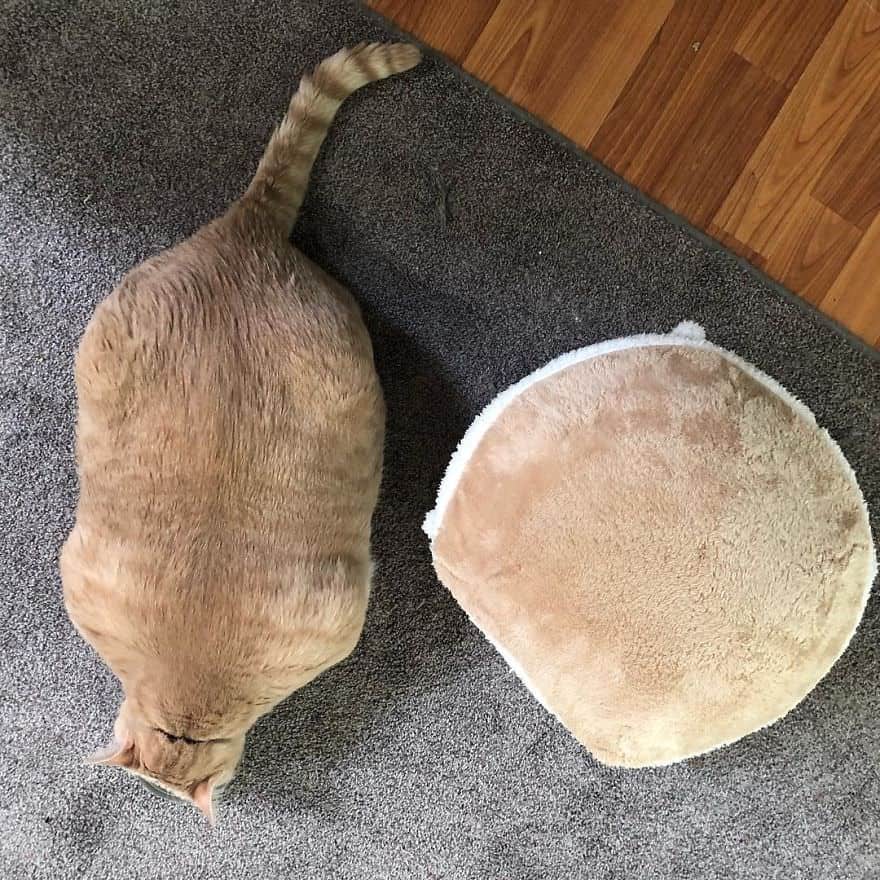 Bronson was kind, sweet, and affectionate. He soon amassed 30,000 Instagram followers who avidly follow his weight loss. His diet is now much better, and the exercise program is working. To start with, Megan and Mike carried him downstairs so he had to walk back up them to his favorite napping spot, and he soon mastered the stairs.

He is now half his original weight, at 16 pounds, but he’s got a long way to go. Don’t worry, he will still be cuddly and friendly even without his extra fat. He’ll also be healthier and less at risk of Fatty Liver Disease, which can be fatal for cats. 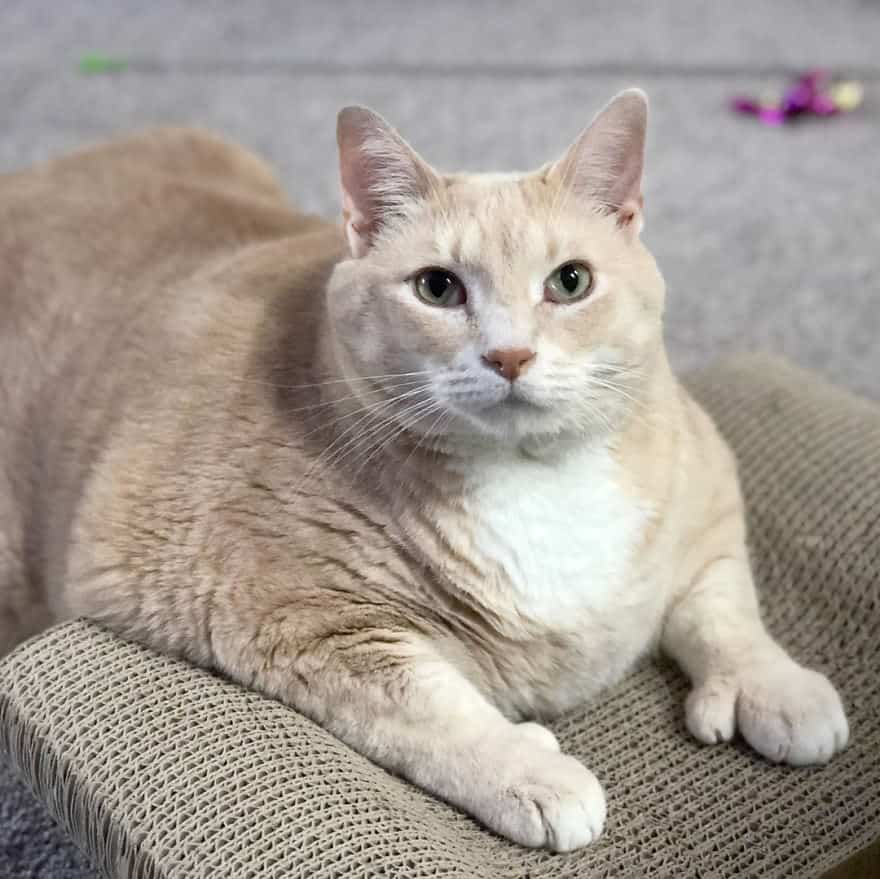 Let us know what you think of Bronson and his weight loss program in the comments, and share with your family and friends. You can check out similar stories on Happiest, like this one about a cat with bionic paws. 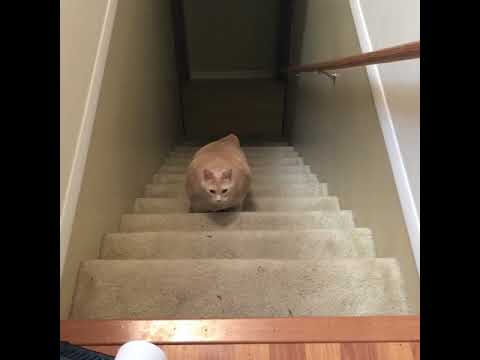