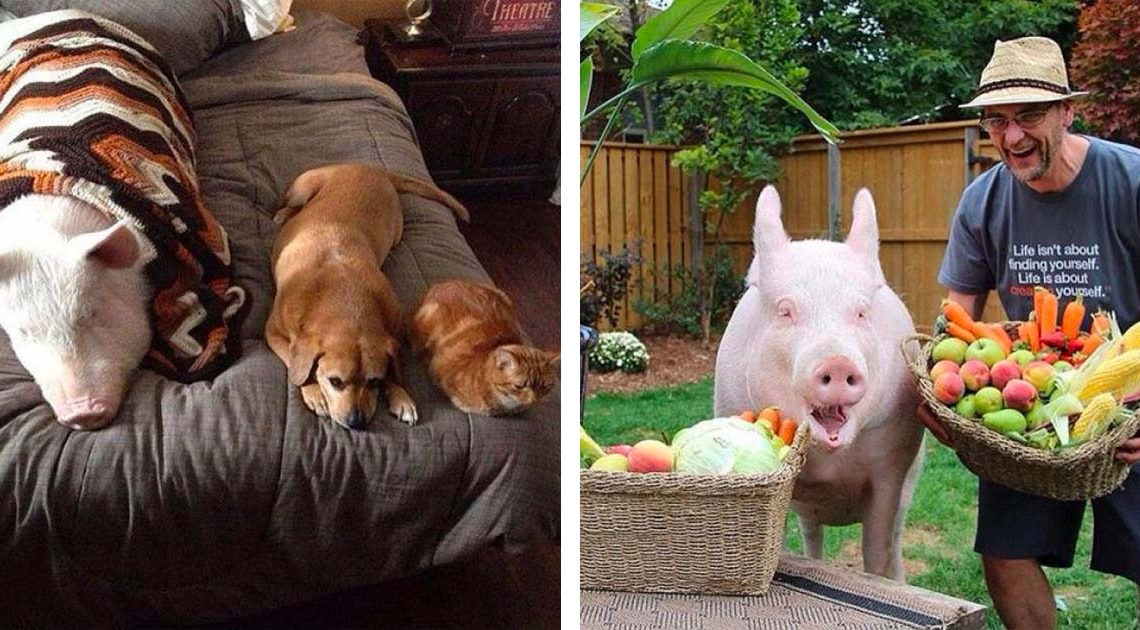 You’d think that when someone gets a mini pig, they will eventually serve it as a meal for the family. Not for these two roommates in Toronto, though!

Derek Walter and Steve Jenkins have a friend offering up a mini pig for adoption. They decided to adopt the mini pig named Esther, thinking that she will only grow up to 70 lbs. (32 kg). But Esther grew beyond what the two roommates expected. What was once thought as a mini pig is now at a whopping weight of 530 pounds (240 kg).

Esther became more than just a pet to Walter and Jenkins. She became an inspiration. The two have given up eating bacon and are now running The Esther Effect Farm Animal Sanctuary, a shelter for neglected and abused commercial farm animals.

With how tiny and cute Esther is, you’d think she’s a indeed a mini pig. 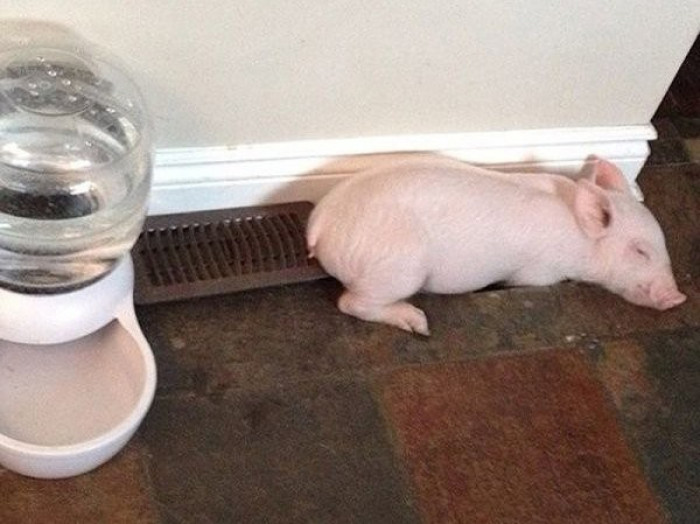 You can carry her like how you would carry a dog or a cat. 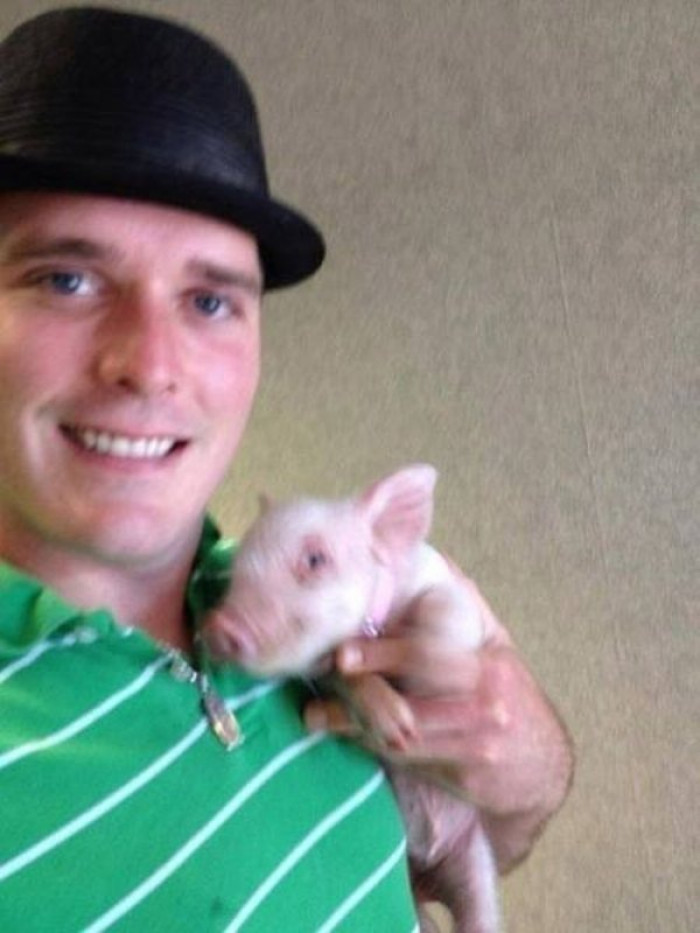 And she grows really big. 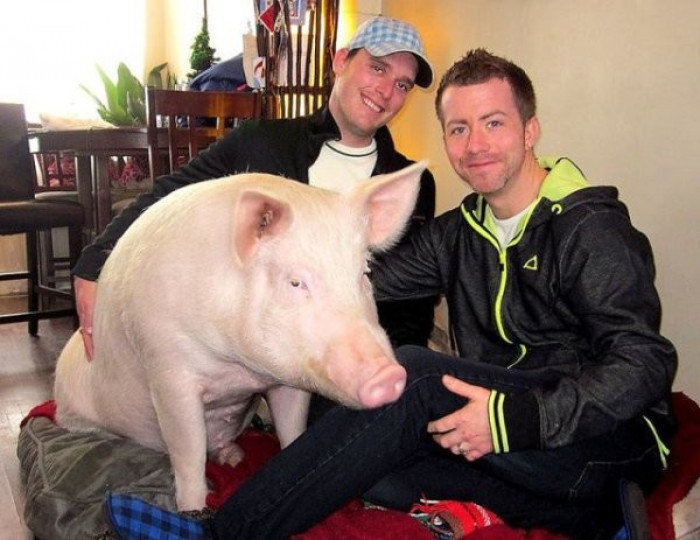 This is Esther pretending to be one of the dogs. It seems she’s adapting so well. 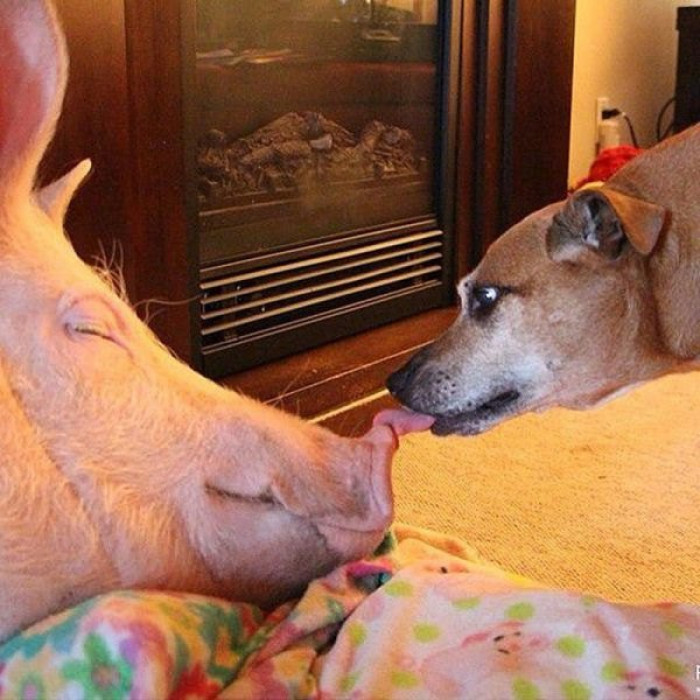 She helps out in the garden too! 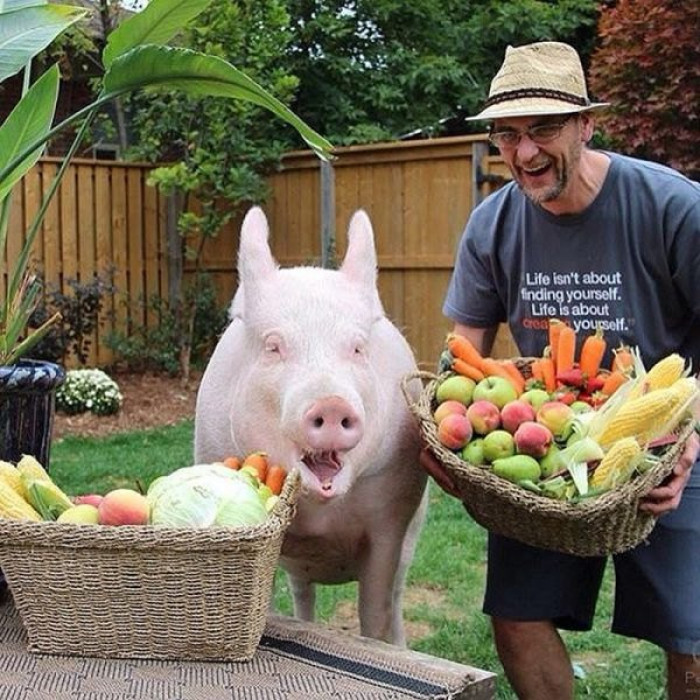 Esther can open the fridge and the cabinets she can reach. 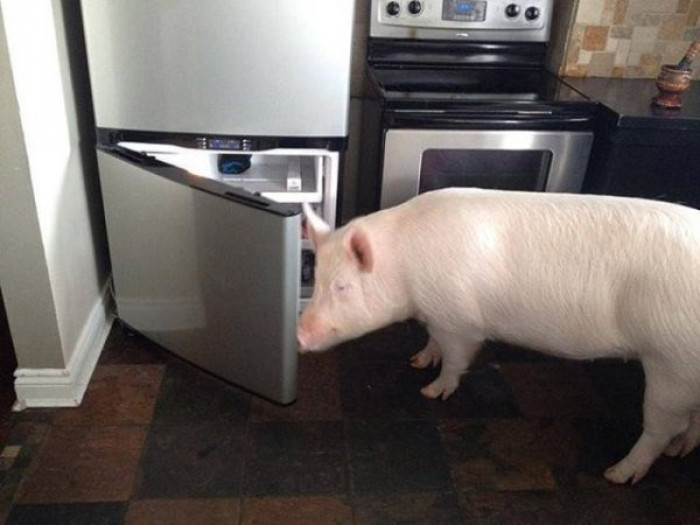 It seems that being Esther is quite rough. 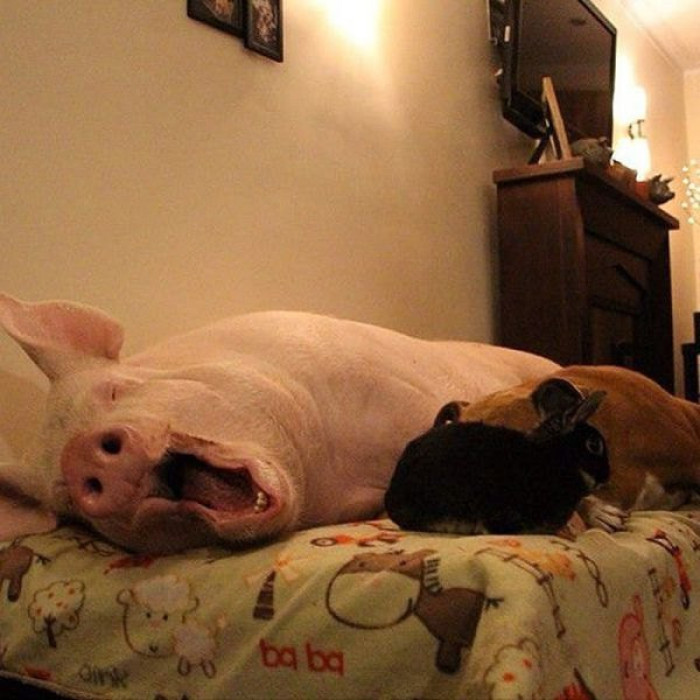 Now, compare how large Esther is from the first pic. 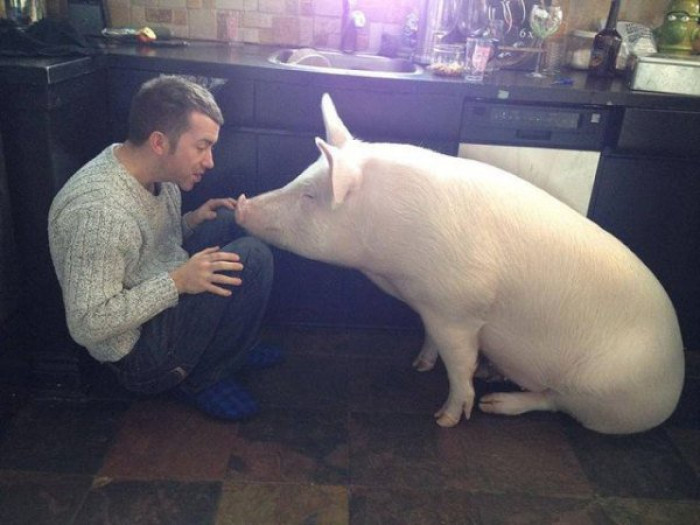 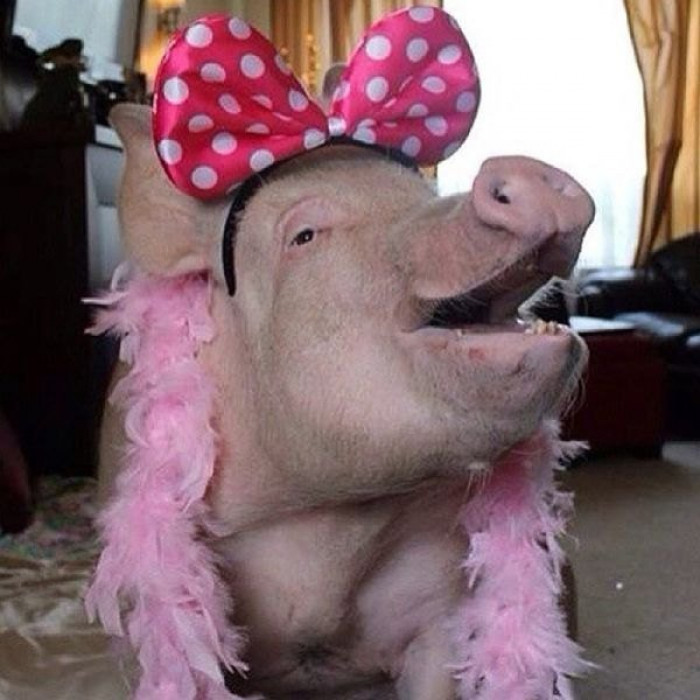 Look a that face! 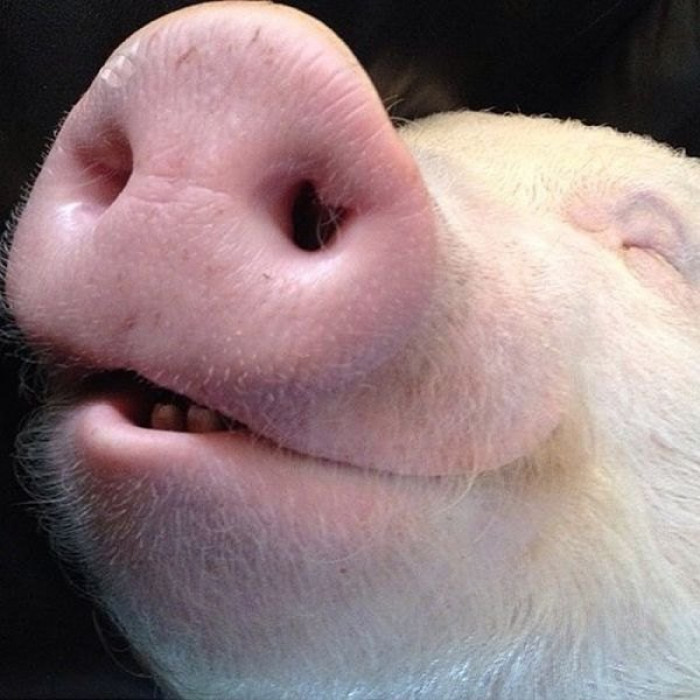 Esther basking under the warm sun. 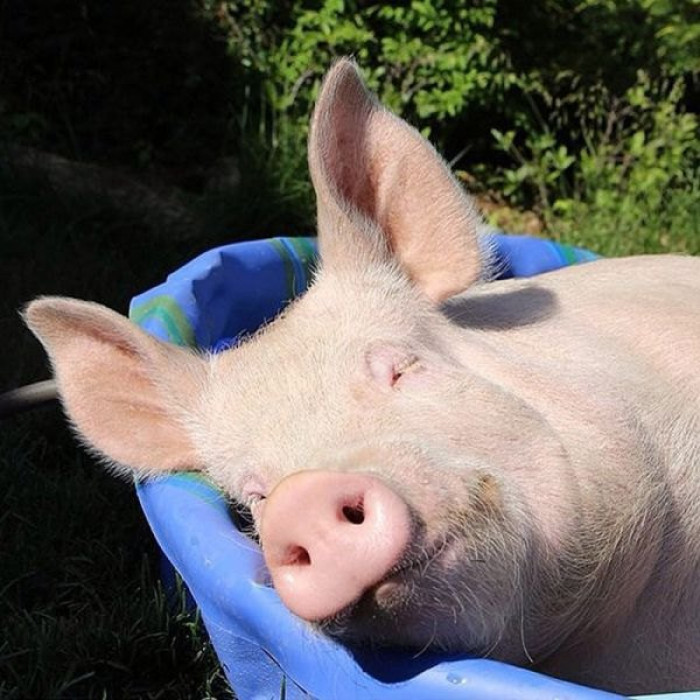 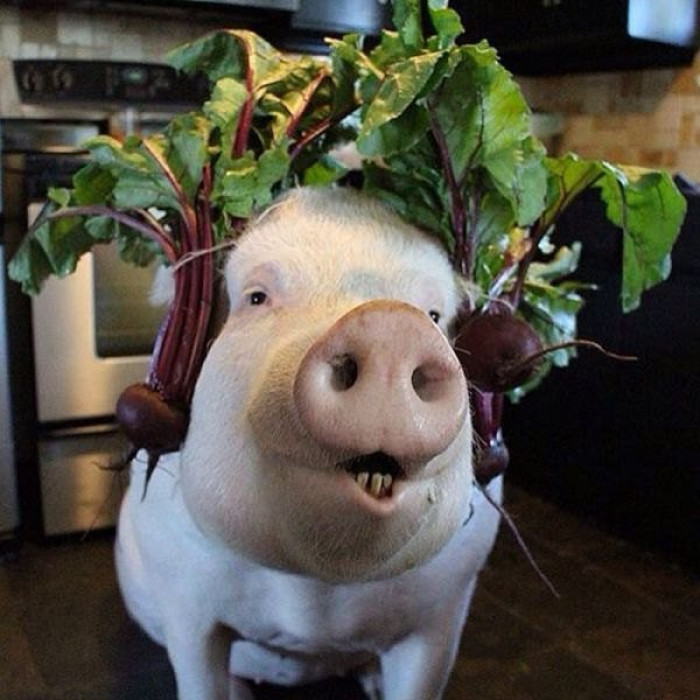 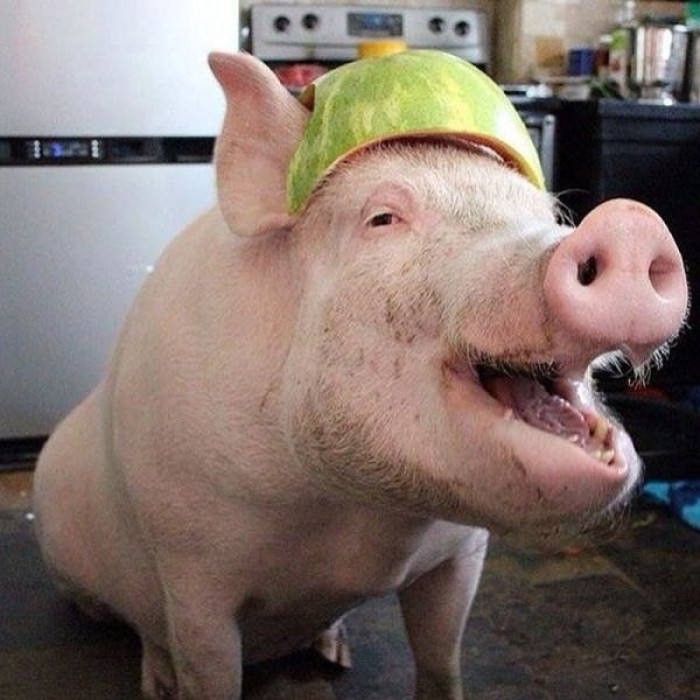 At night, she sleeps on a double bed. 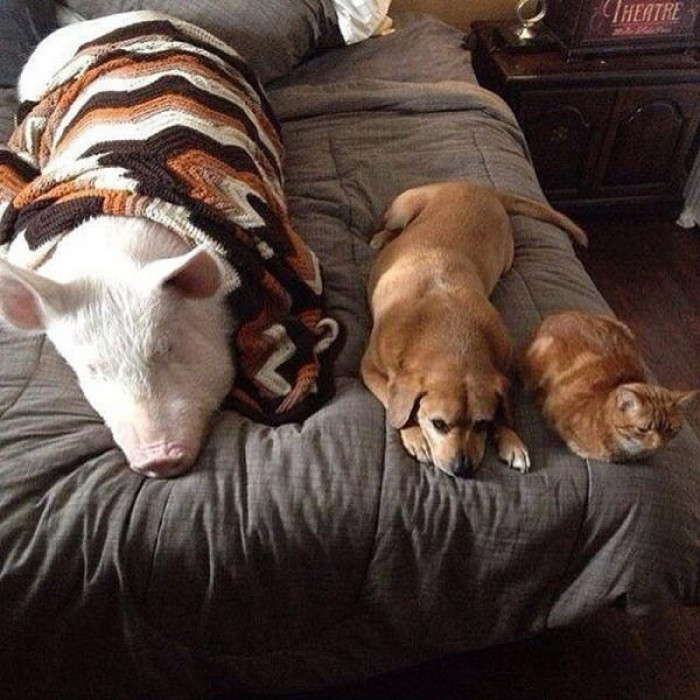 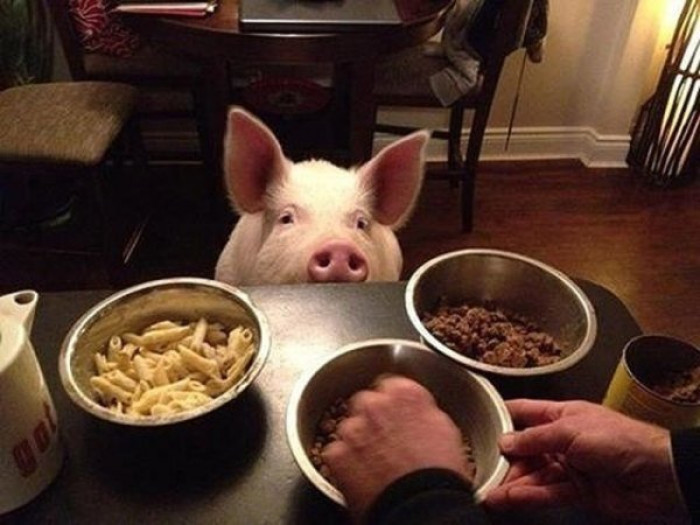 Esther fits well with the other pets. It’s quite clear in this photo. 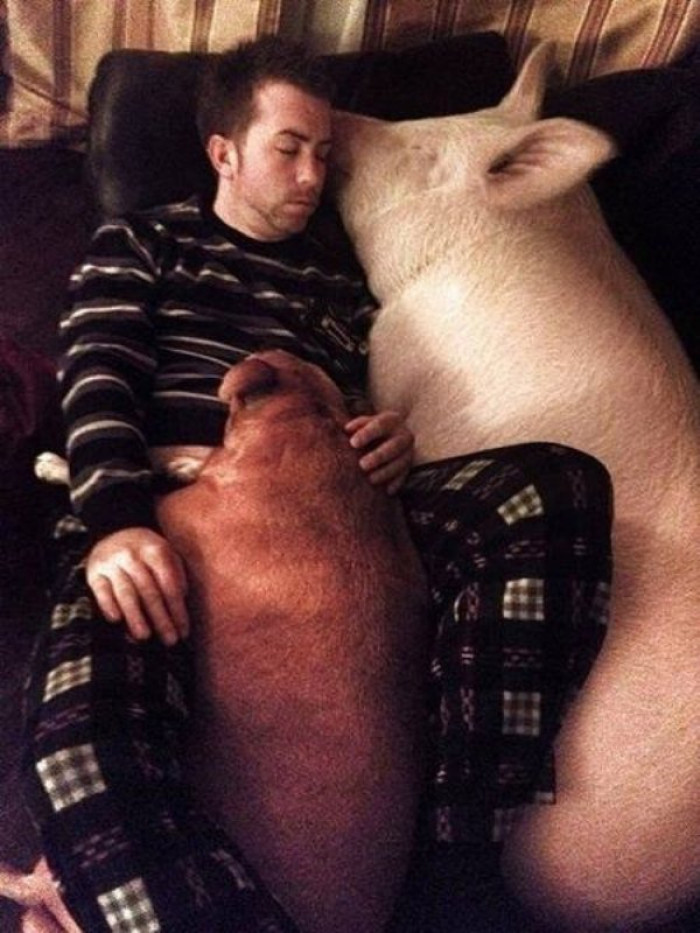 For a house pet, Esther sure is big! 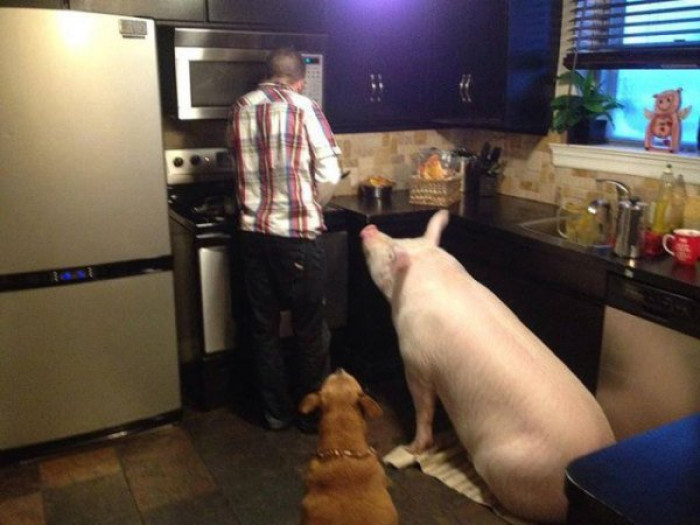