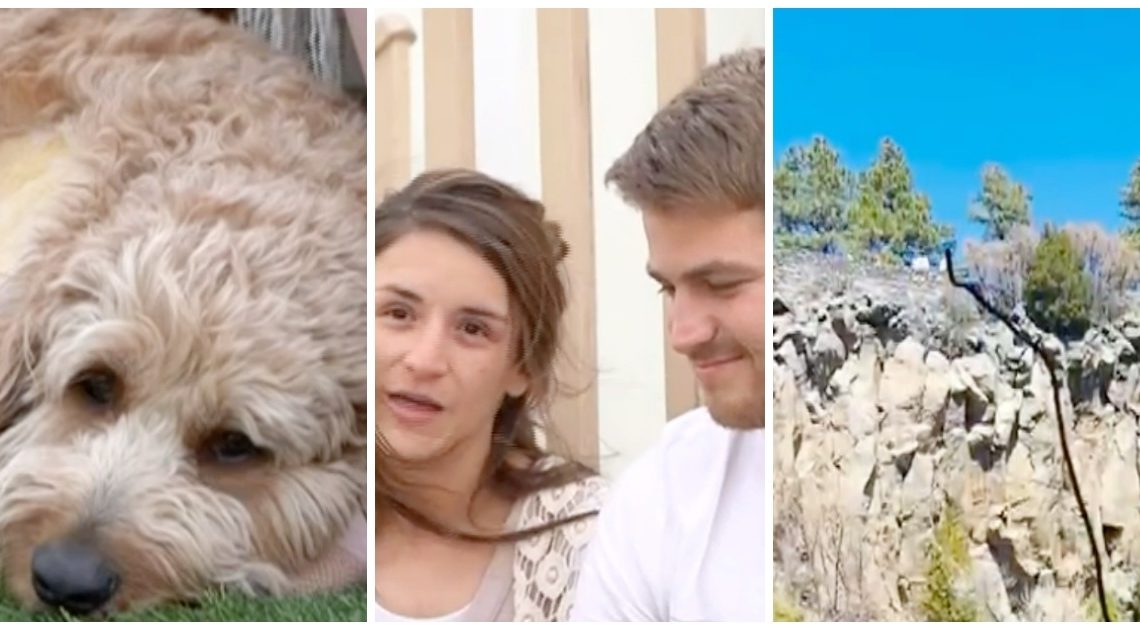 Simba is a very good boy who loves to take vacations and day trips with his parents, Ruth and Wesley Wallace of Dewey, Arizona. The Goldendoodle’s happy place is going for a car ride and traveling to a camping area with his mom and dad.

After arriving at Oak Creek Canyon and getting set up, the couple allowed Simba to run around outside and take in the sights. Before long, Simba found himself in a very dangerous situation near a vista.

“Simba came from Ruth, full blast right up to me and jumped, and then cleared the rock wall and cleared all the cliff,” the dog’s owner Wesley Wallace shared.

His wife, Ruth, was mortified because she assumed they lost their beloved dog as he fell 200 feet to his death. She felt like there was nothing she could do but pray for her dog. Before nightfall, a search mission was organized in an attempt to find Simba’s body. 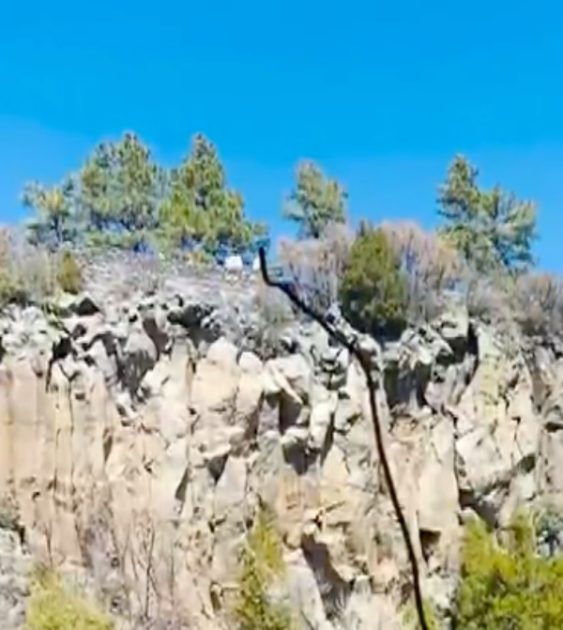 Amazingly, Wesley found Simba alive about 200 feet from where the dog jumped the vista to the bottom of the cliff. In conjunction with his father and a family friend, Wesley used a hammock to bring Simba up to safety.

Ruth could not believe her dog was okay and that Wesley found him injured but still alive. The 4-year-old pooch was rushed for veterinary care in Phoenix, where he underwent surgery to repair some major injuries. 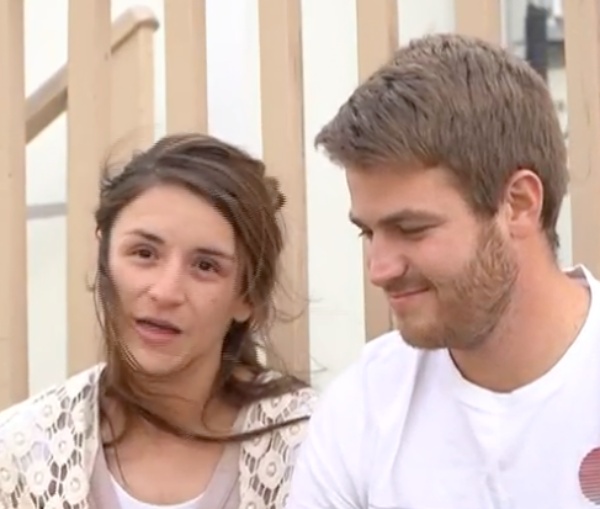 His right leg took the brunt of the fall and required surgery, but Simba is back home with his parents and doing well in recovery.

Wesley believes although his furbaby will never walk quite the same on that leg again, he and his wife are thankful the dog survived.

The couple plans to continue camping and taking Simba along to his “happy place,” but with extra precautions in place. 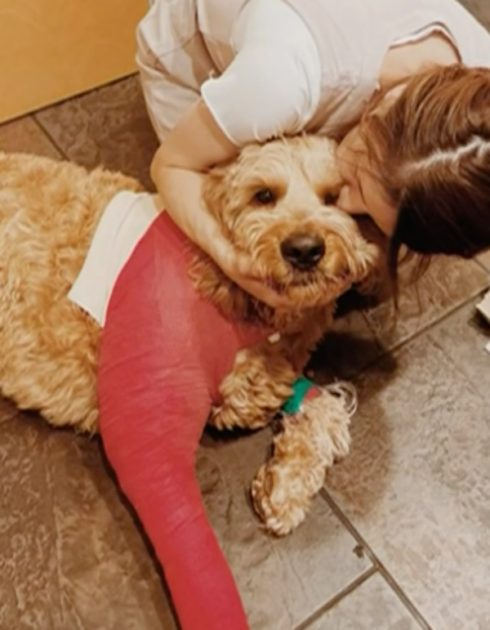