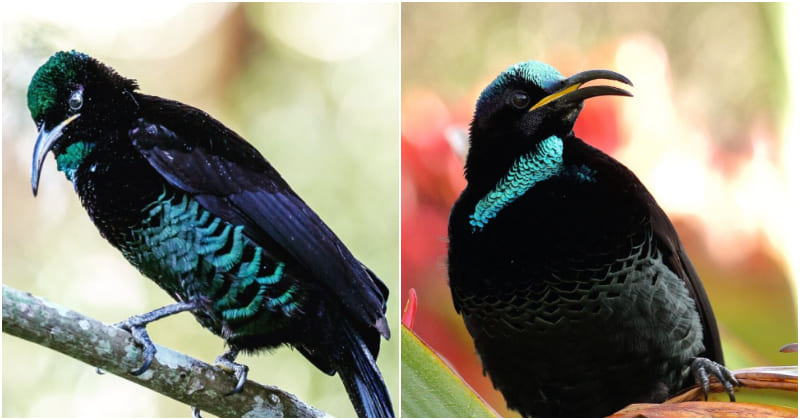 Another bird comes from the “heaven” who has an absolutely out-of-this-world appearance. 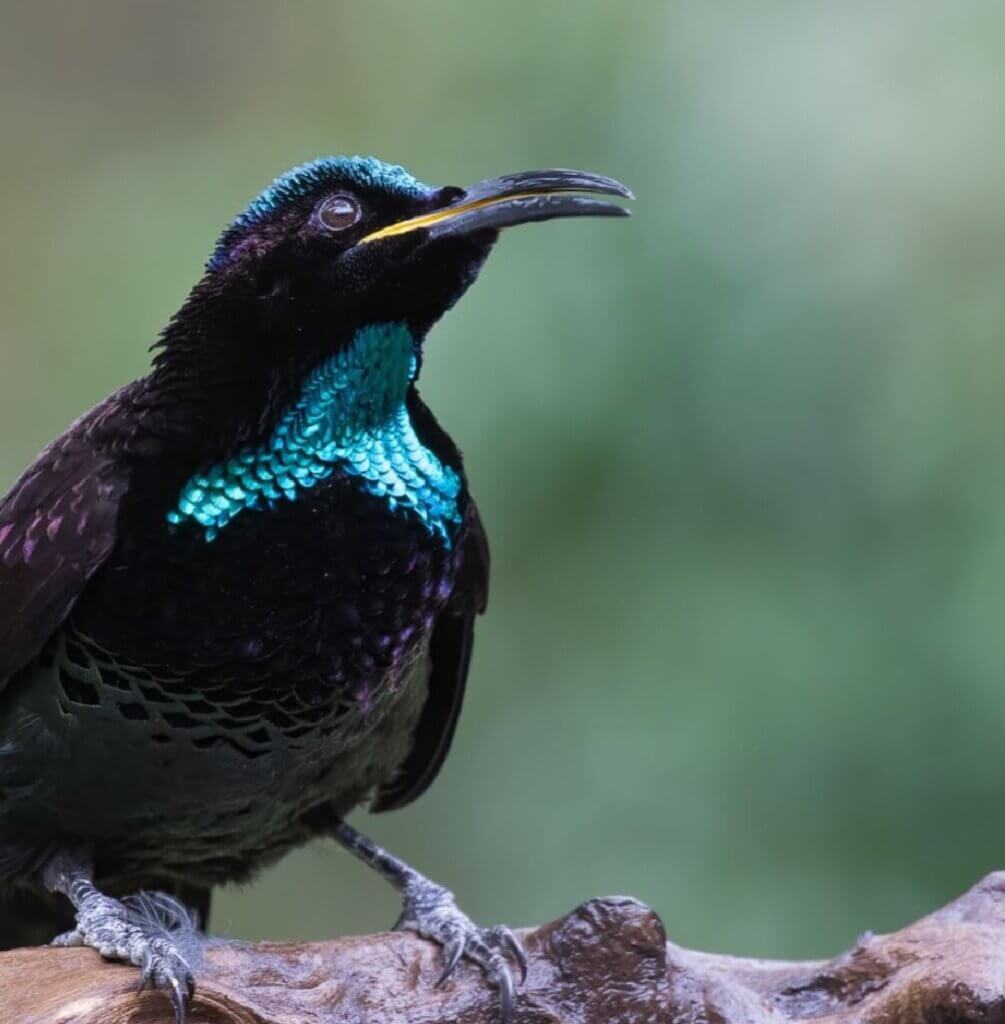 This bird was formerly a member of the genus Ptiloris but then was moved to the genus Lophorina alongside other riflebird species. This bird species is endemic to eastern Australia, from New South Wales to Queensland. Paradise riflebirds like to inhabit the rainforests, but sometimes they are spotted in nearby sclerophyll (hard leaf) forests. 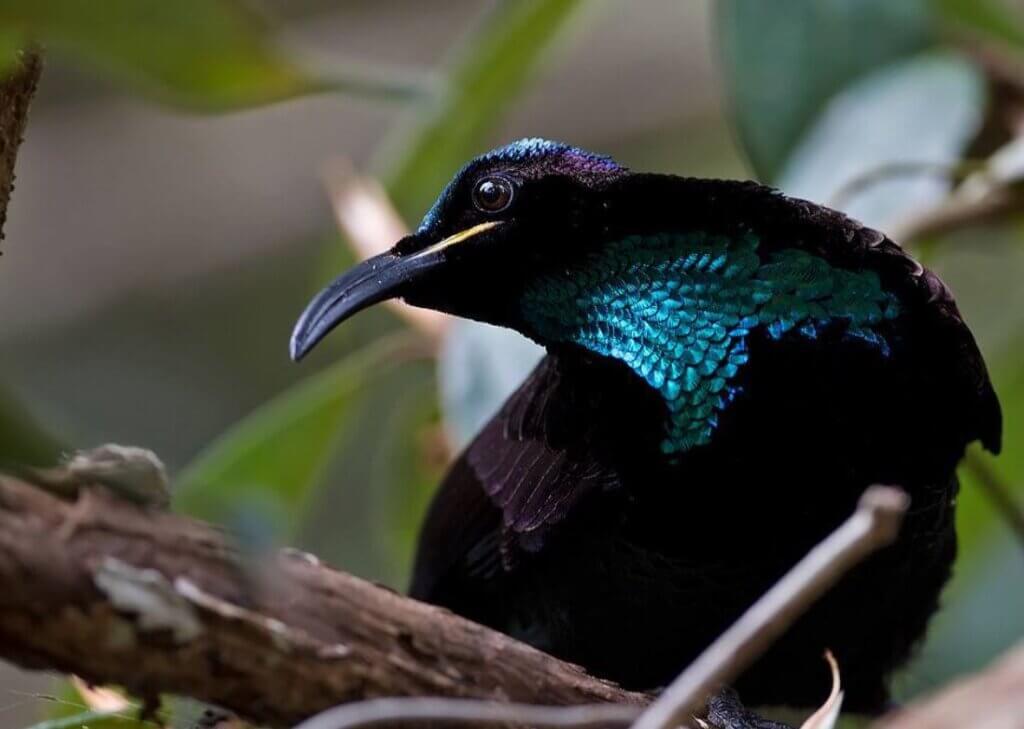 The male appears in a gleaming velvet black suit that covers most of his body. The luster of its plumage makes it glow in purple under certain lights. He also has a metallic greenish-blue sheen on his crown, nape and throat. His tail is short and mostly black. The undertail, however, has iridescent dark green on central feathers and on the tips of the remaining.

The feather coat of the male is a highly sophisticated structure. The black feathers are designed to absorb light, making them look darker than usual. Moreover, the black feathers are placed adjacent to brightly colored patches. The intense contrast of colors under light creates an optical illusion, which is believed to be used during courtship displays. 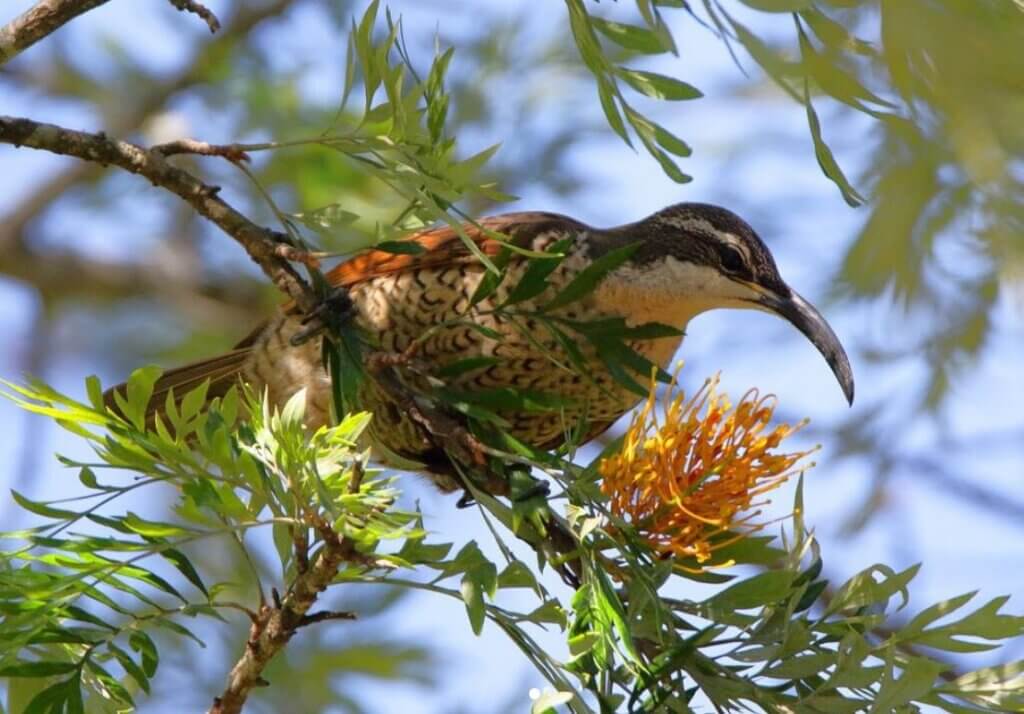 The female bird is brown above, rufous on the wings, paler below, with intricate scale-like patterns on her belly. She has white eye-brows and throat. The juvenile birds resemble the adult female, with grey-brown feathers. Both sexes have a long, decurved bill and bright yellow inner mouth.

The male paradise riflebird in the breeding season is highly conspicuous. Apart from his shimmering noticeable outfit, he’s also very loud at this time in a year. The male birds can easily be located on a perch because of their powerful calls. They have a very distinctive “yassss” call that usually lasts for two seconds and can be heard from a distance. 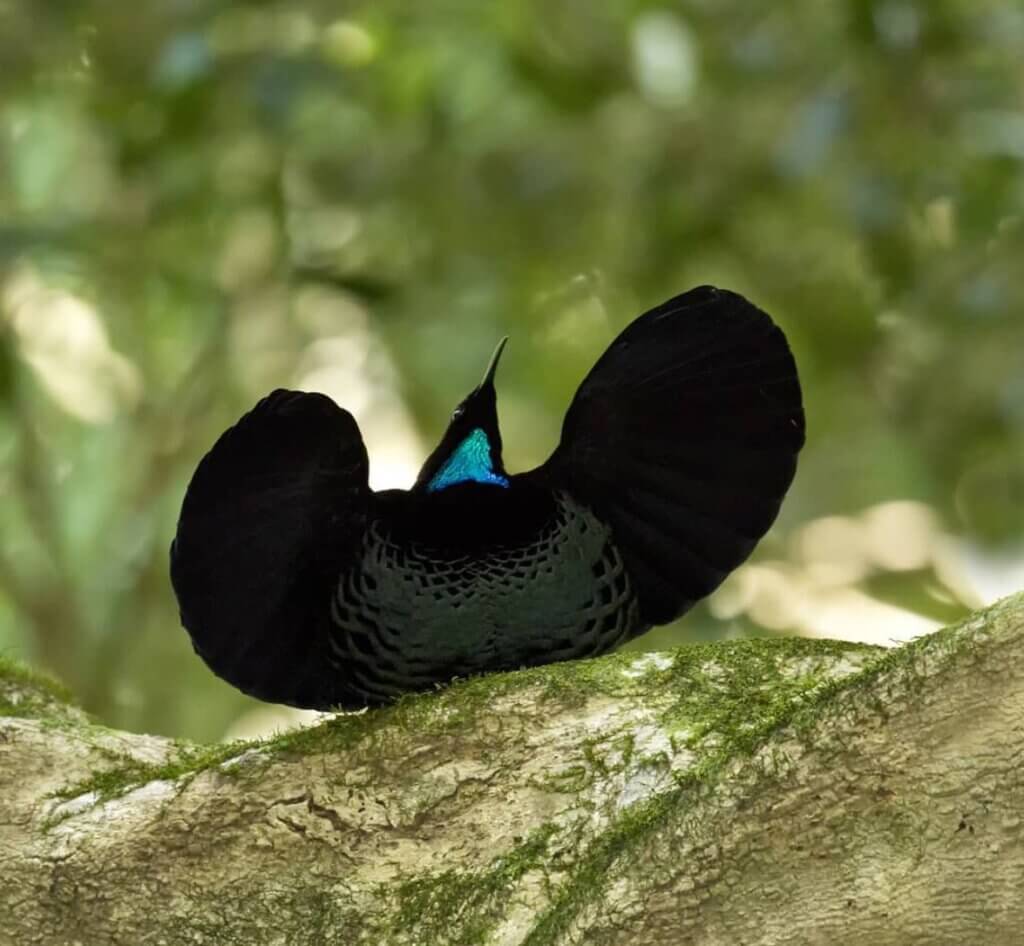 The males will also display a courtship dance during this time to attract their mates. They fully expand their wings to create a pitch-black background, then lean the head backwards, revealing the bright colored patch on their throat.

The breeding season lasts from August to February, coincides with the spring and summer months in Australia. After mating, the female builds a nest from twigs, leaves and moss in dense vegetation, then lays two eggs inside. She will then raise the chicks alone. 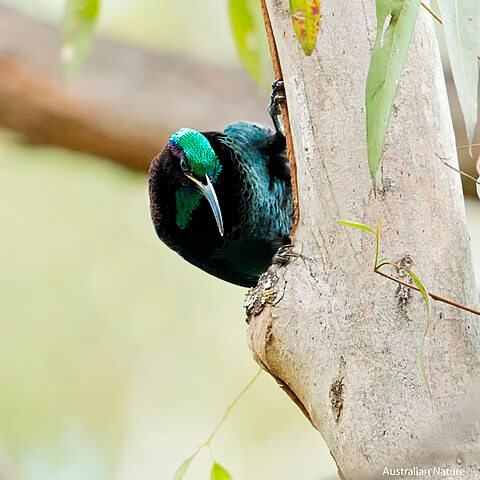 Paradise riflebirds are active feeders. Insects, spiders, centipedes, fruits and nectars are all on their menu. Normally, they like to forage alone in the canopy of the forest but sometimes, they form a flock of six to seven individuals with other birds. 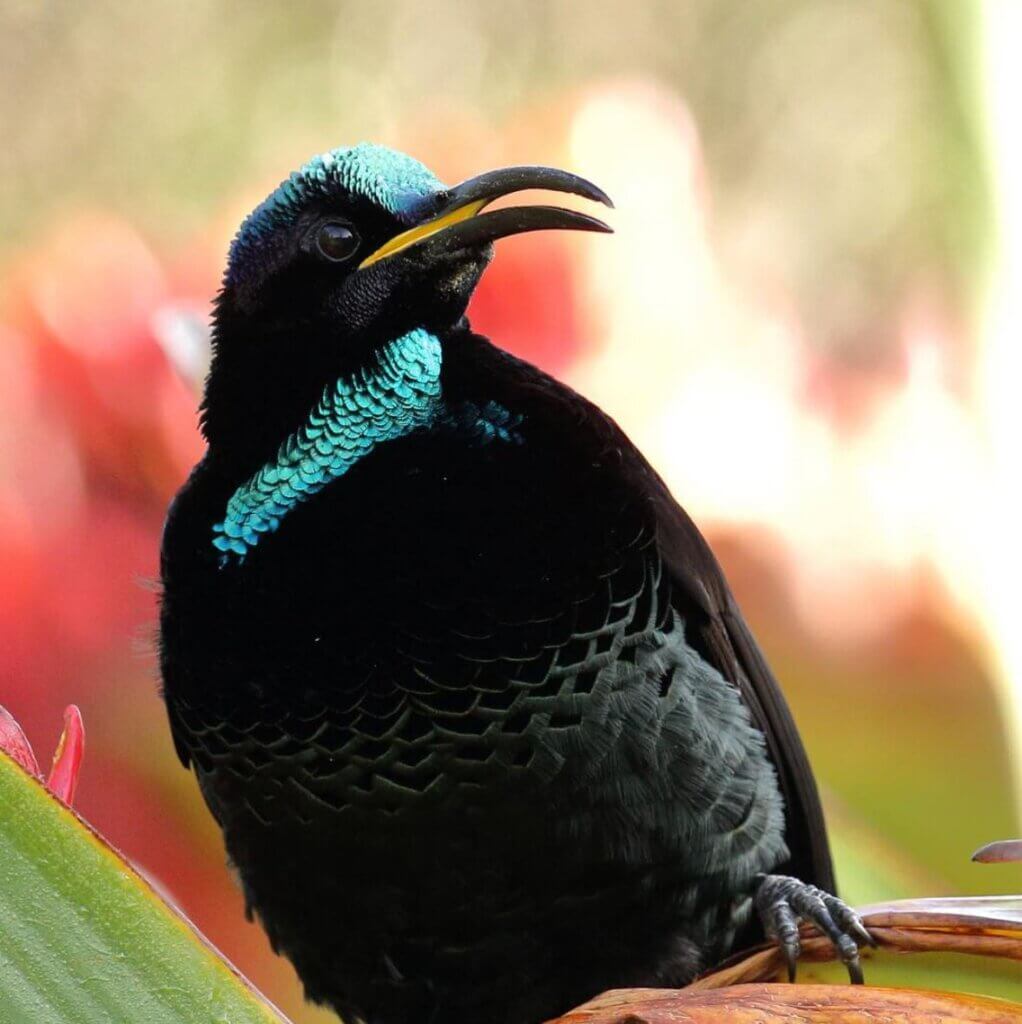 Paradise riflebird is a solitary, non-territorial, sedentary bird species. They have been hunted for their plumages and now suffer from habitat loss and rainforest fragmentation. This combines with their lifestyle and low population density makes this species highly vulnerable. Nonetheless, the IUCN evaluates this species as Least Concern, despite its declining population.

WATCH THIS BIRD RIGHT HERE IN THE VIDEO BELOW: