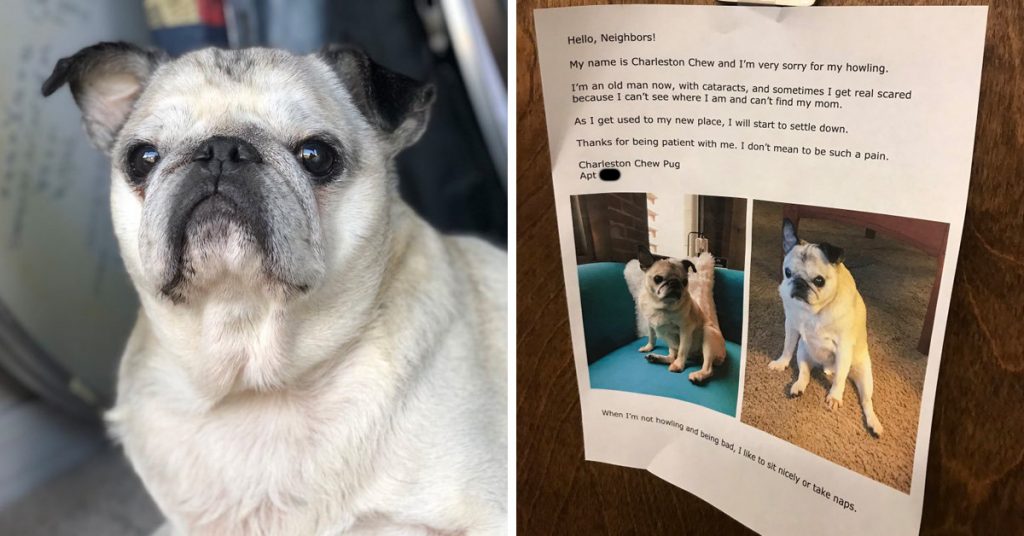 Moving to a new apartment is not easy for humans, let alone for dogs. A familiar environment means everything to them, and when they move to a new home they always struggle to get used to it.
Charleston Chew, a senior pug who recently moved to a new Pittsburgh apartment with his mom Sharla Wilson, is no exception, and whenever he needs help from his human mom, he howls as loud as possible.
For this reason, Sharla wrote an adorable apology letter to her neighbors, but she had no idea someone would have shared it on Twitter, getting almost half a million likes.
No neighbors complained for Charleston’s loud howling so far, but let’s hope Charleston gets used to his new place soon.

Meet Charleston, an adorable senior pug who recently moved to a new apartment in Pittsburgh with his mom Sharla Wilson. 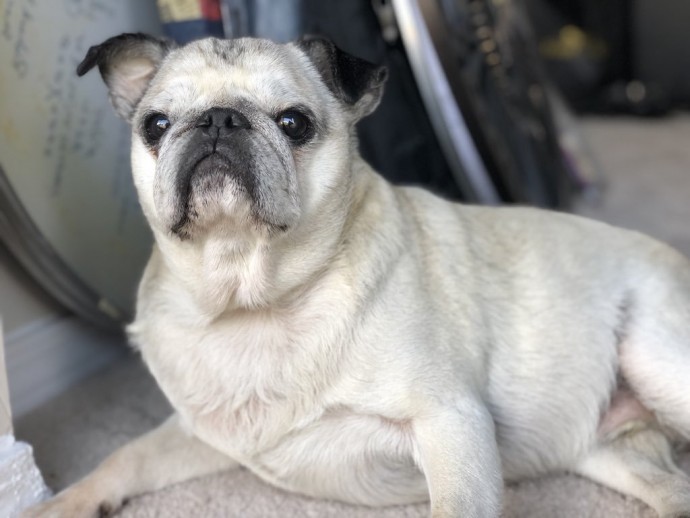 Wilson is no longer a young pup, and with his eyesight getting worse, it’s not easy for him to get used to a new place, so he howls as loud as possible whenever he needs some help. 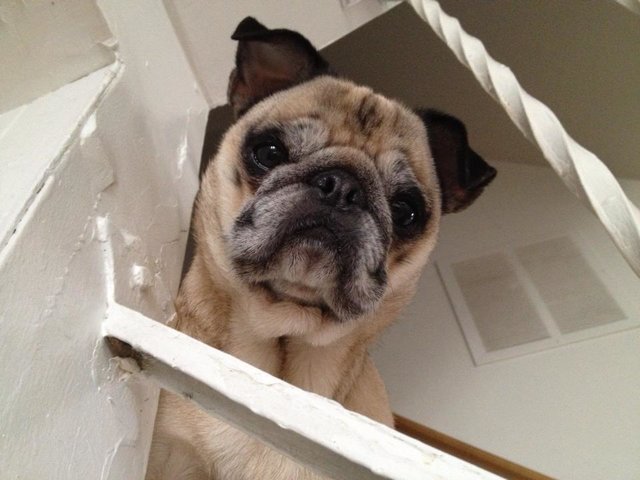 For this reason, Sharla wrote a sweet apology letter to her neighbors. 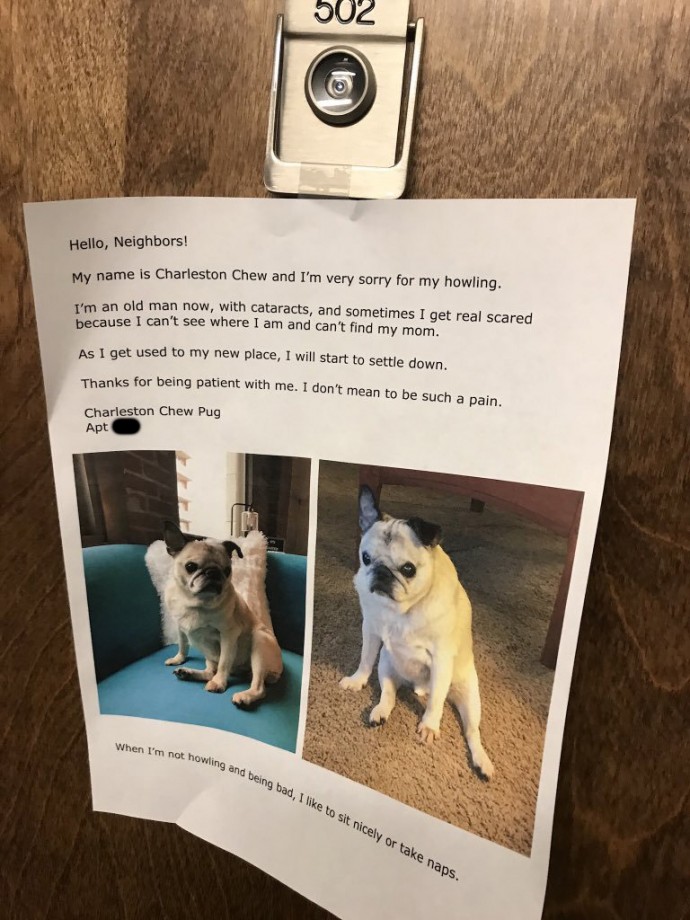 Here is a close-up of the text.

She had no idea a neighbor would have shared it on Twitter, getting almost half a million likes. 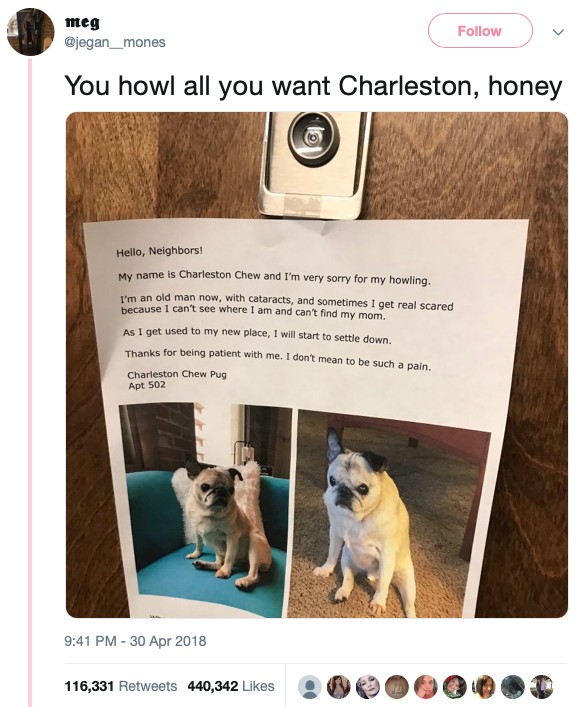 No one complained for the noise so far 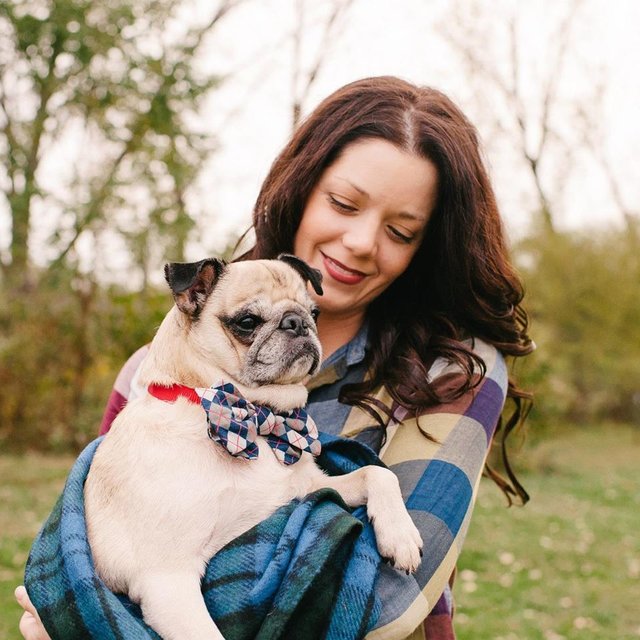