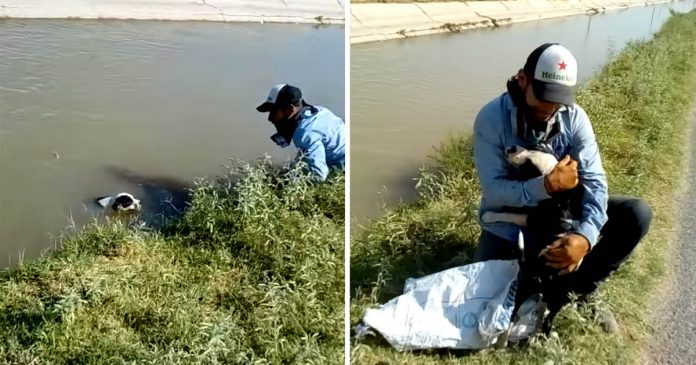 Said Zárate works as a garbage collector in Mexico, a difficult job that has little recognition, but recently that changed. A very heroic act on Said’s part won praise and the sweetest thanks from a dog trapped in a canal that the man saved without hesitation.

A short time ago while driving his truck near an agricultural area, he saw a scene that completely attracted his attention; a dog was desperately trying to get out of a concrete canal.

«I saw something moving in the water, I kept looking until I could identify that it was a dog. I told my partner to stop.

Dog trapped in canal thanks the man who saved him 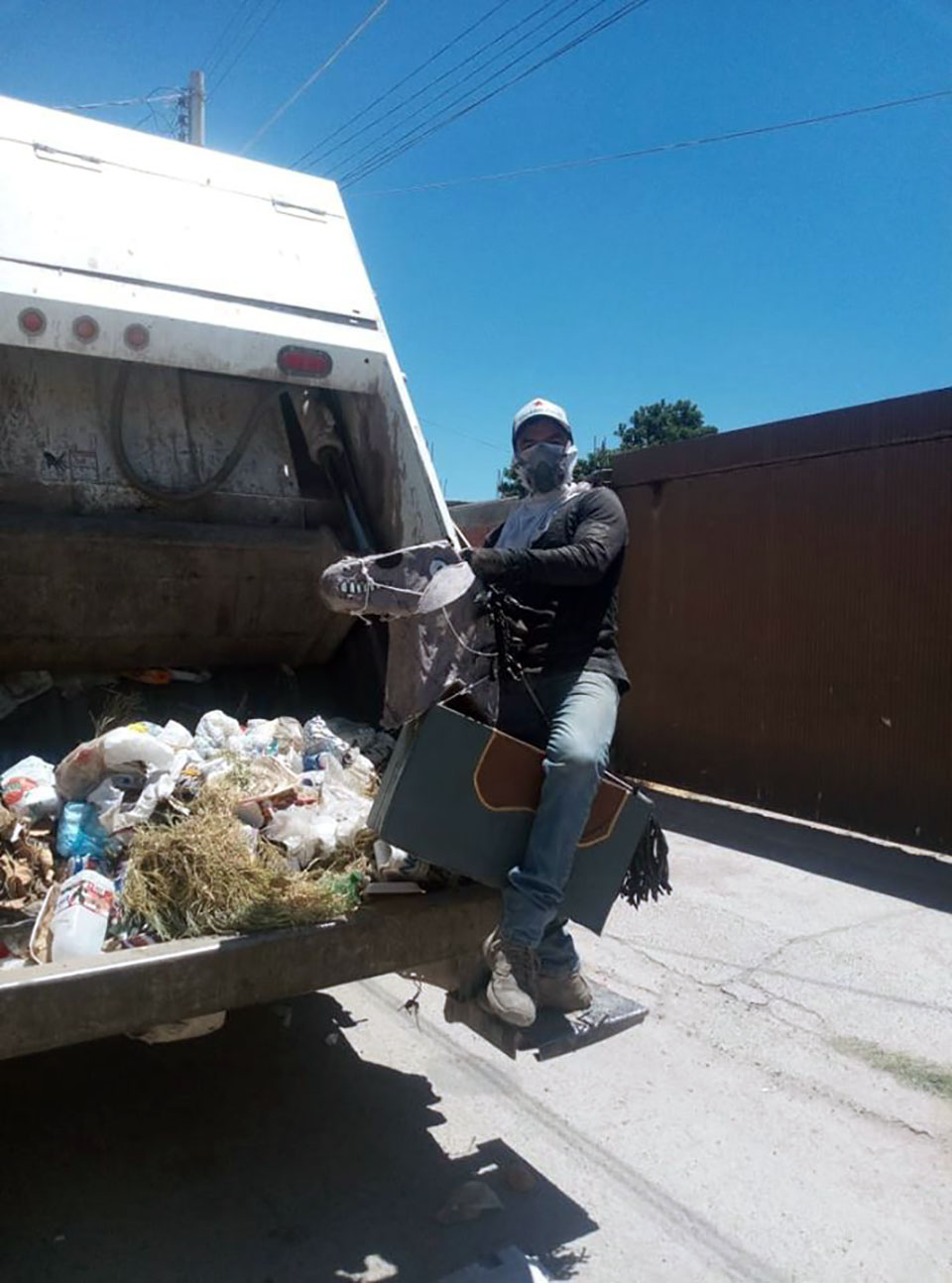 The man reacted quickly and grabbed an empty sack that the dog could help hold onto to get out of the canal. The animal was very weak, from the time it had been struggling to stay afloat, but Said was not discouraged and continued until he managed to get the dog out of the water.

The man managed to get the dog out of the water and save his life and the animal had the most beautiful reaction of thanks to him.

“He jumped into my arms.” 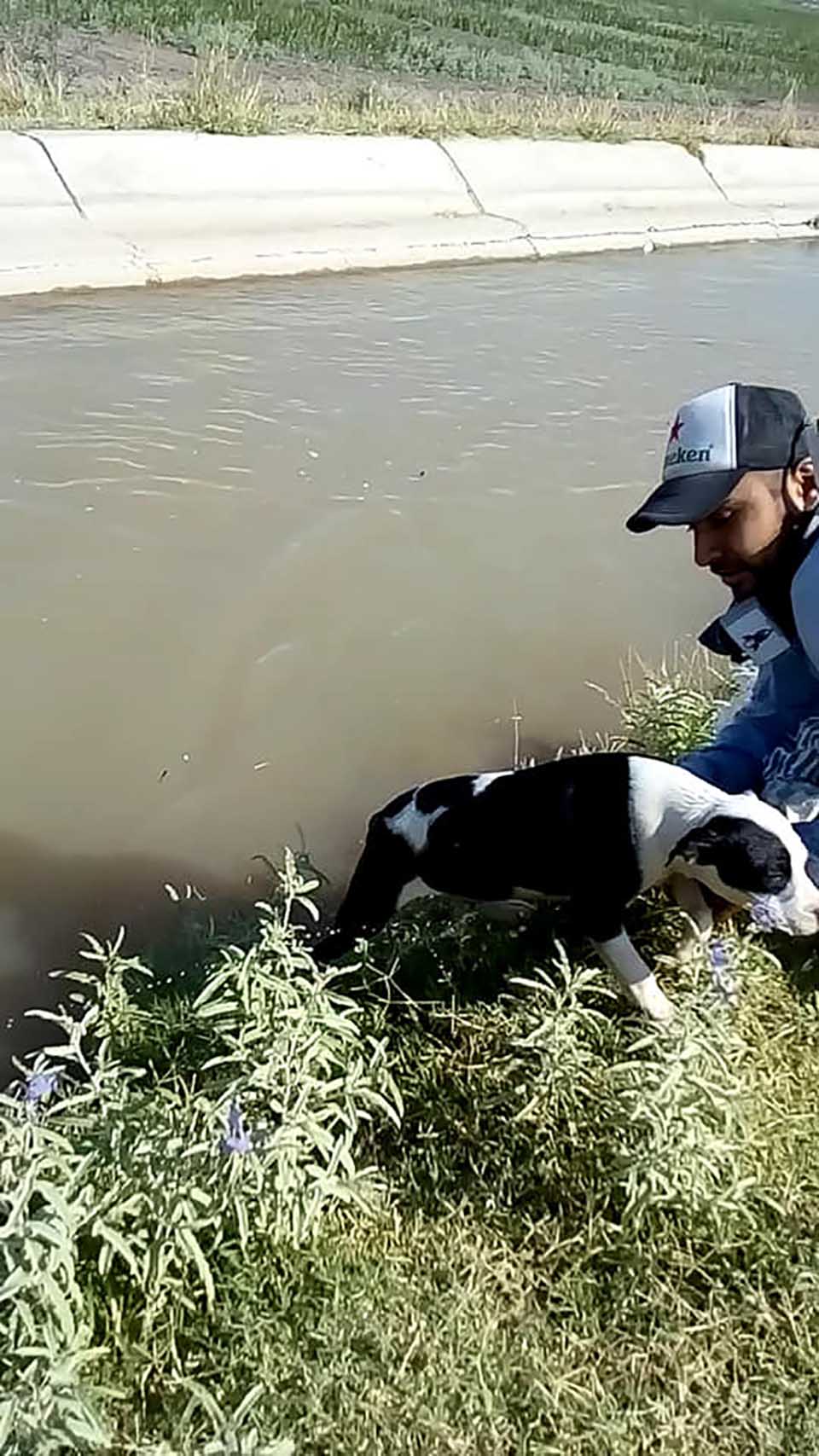 Said uploaded the video on Facebook and people’s reactions were swift. He said in the video description:

«I’m in this world for a reason. Thank God I was able to save him. I know he thanked me.

Apparently the dog belonged to a nearby ranch, he was healthy and happy, Said considered that it could be an accident, it seemed that the dog had a good family.

“After staying with us for a moment, he happily went home.” 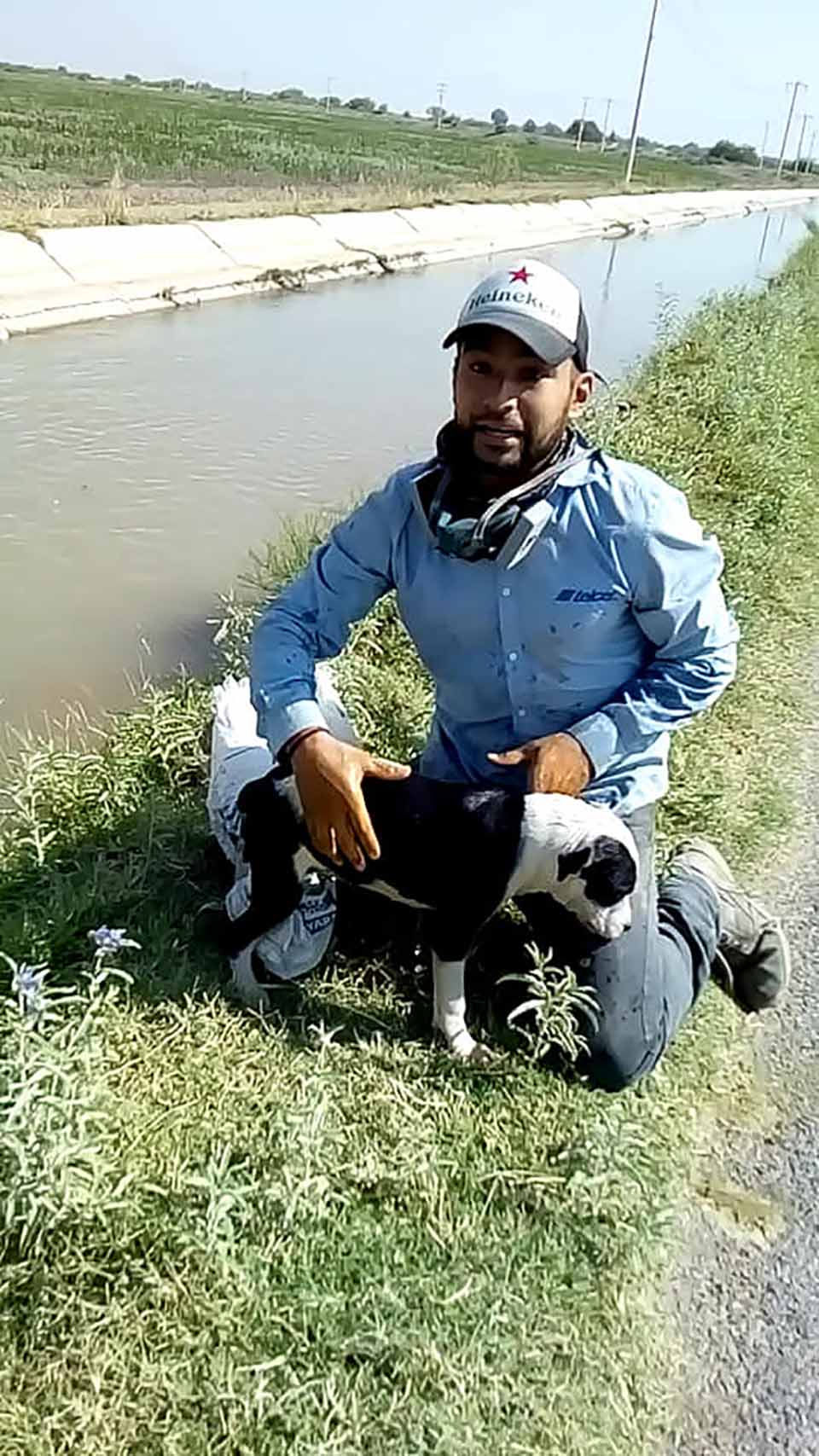 After the video of the rescue of the trapped dog went viral, Said received another thank you that he did not expect; the dog’s father was among the people who saw the video and did not hesitate to write a message to the brave man who helped his pet.

“He sent me a message thanking me for helping his dog.”