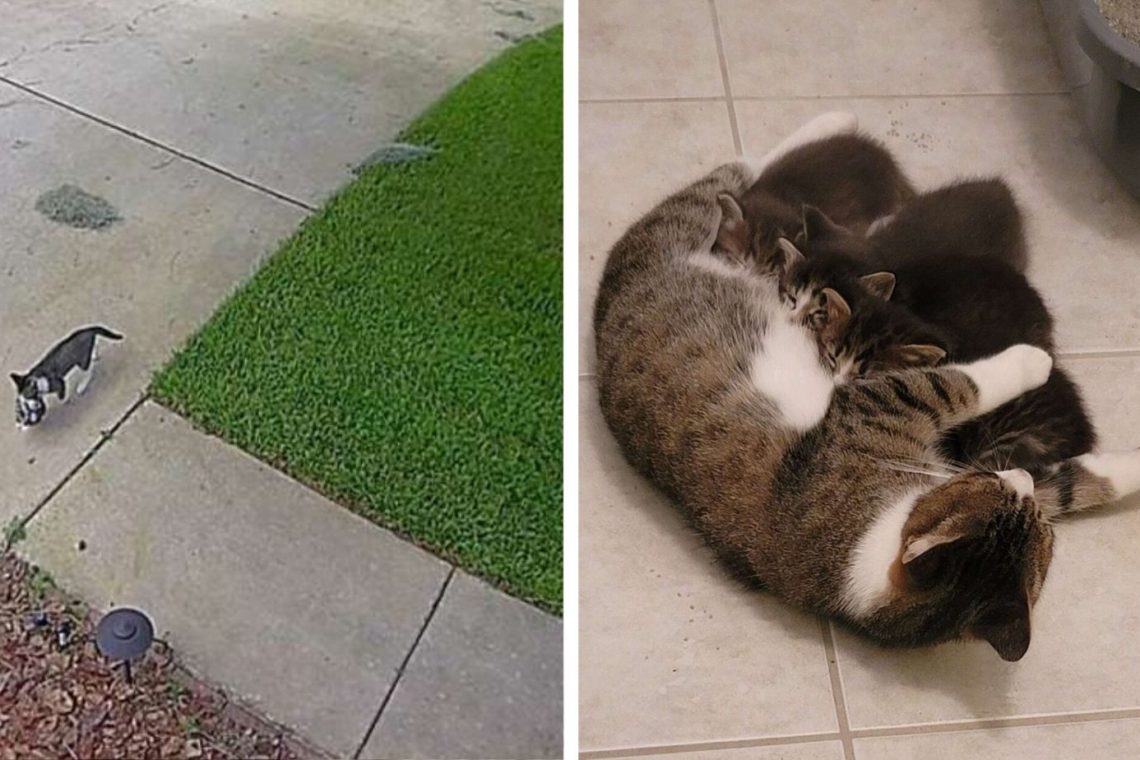 ONE NIGHT RECENTLY, A MAN WENT TO HIS GARAGE TO POLISH HIS MOTORCYCLE.

Expecting a peaceful evening, when Jeffrey Peltier started polishing, he is surprised to see a momma cat hiding under his bike with two tiny kittens.

Called Amelia, this momma cat was a well-known community cat in Jeffrey’s neighborhood, however, this was the first time anyone had spotted her with kittens. Jeffrey went indoors and prepared his bathroom, making it comfortable for Amelia and her babies. When he returned to his garage, two more kittens had materialized! 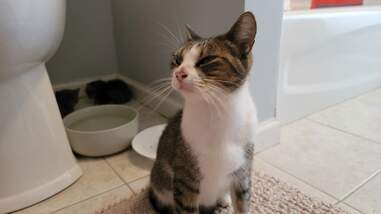 Jeffrey put the young family into a box and got them settled into their new home. He then wanted to sort where Amilia’s babies had come from, and also how they had ended up in his garage. After checking out footage from his doorbell camera, he managed to solve the mystery.

“I saw that Amelia had brought the kittens to my house Thursday afternoon, one by one,” Peltier told The Dodo. “When I saw the footage of her bringing the kittens over, I was just amazed. The previous day we had just had a tropical storm come close to Florida. I assume the next day she went looking for somewhere safe to put her kittens.”

Jeffrey hadn’t had any idea that Amelia and her kittens had been staying in his garage, but he was so glad she’d felt safe enough to bring them there.

–Having trouble breathing while sleeping he set up a camera to find out why?

After they’d gotten settled in and had some time to relax, Peltier took the whole family to the vet to get checked out and make sure everyone was doing OK. They’re all in good health, and the kittens will go back to the vet again in a few weeks to be vaccinated and get ready to be adopted out into loving homes. Amelia will also be spayed as soon as she’s done nursing her kittens. 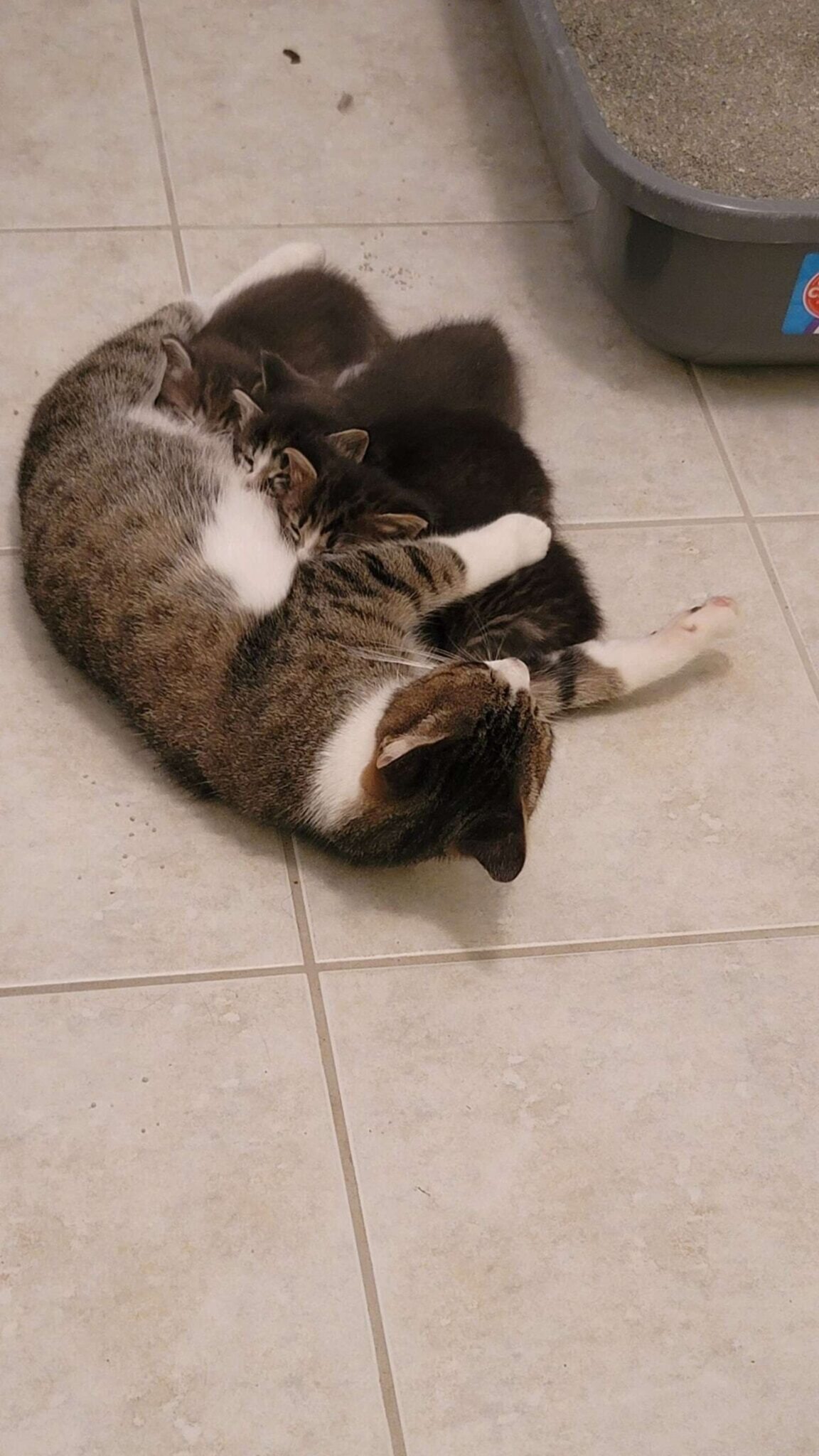 Since Amelia loves being outside, Peltier and his neighbor plan on sharing her, letting her roam around, and stop by both their houses whenever she wants. Amelia has always known that Peltier’s house is a safe space — which is why she knew she could bring her kittens there and he would take care of the rest.

Now, that’s her forever home, and she’ll always have a place to feel safe for the rest of her days. 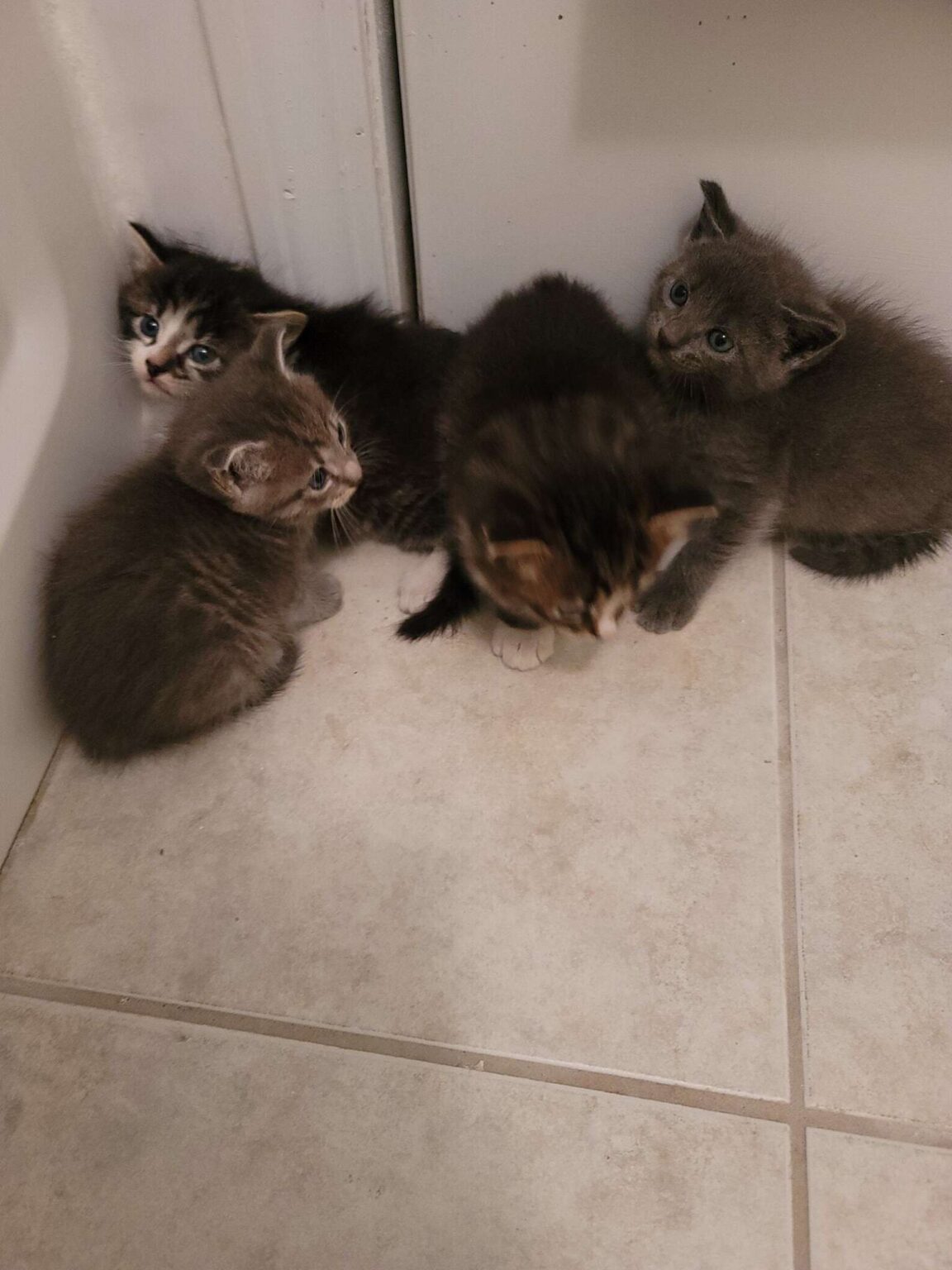 WATCH A VIDEO ON THIS STORY RIGHT HERE BELOW: