Dumped On The Side Of The Interstate, From Inside The Boat, The Officer Thinks He Hears A Cry For Help! 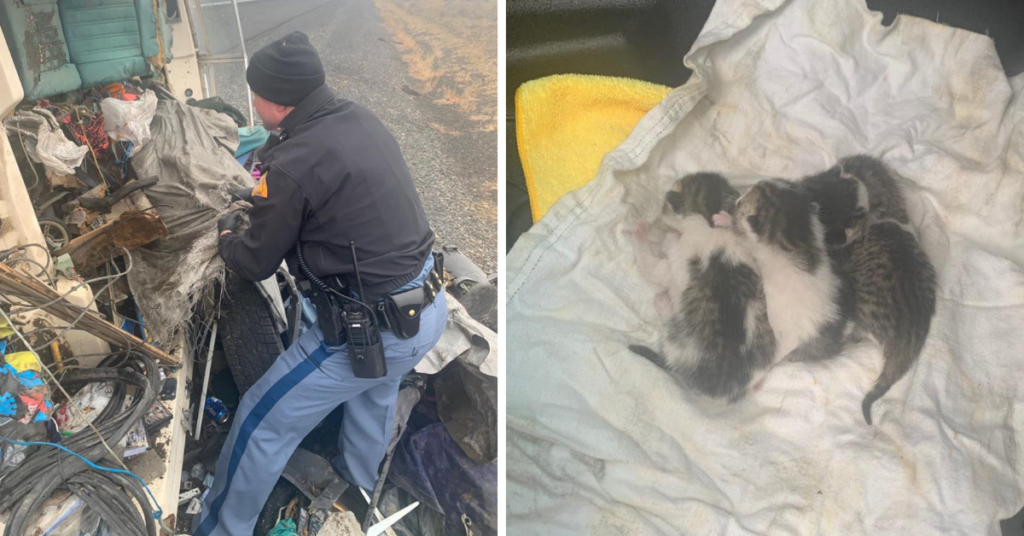 ABANDONED BOATS AREN’T ANYTHING NEW, ESPECIALLY FOR STATE TROOPERS IN WASHINGTON STATE. MANY ARE FOUND NEAR WATER, OR DUMPED ON THE SIDE OF THE ROAD, SOMETIMES IN PARKS OR ABANDONED HOUSES.

This sort of dumping is clearly illegal, making it something troopers have to deal with, but saving lives is not usually part of the process. This changed when Trooper Sage Schafer was checking out an abandoned boat on the side of an interstate road.

Trooper Schafer and his supervisor were performing a routine inventory of what was left on the boat when they thought they heard a faint cry for help. Very worst for wear, the boat was thought to have been dumped about 24 hours ago, and had fallen off the blocks it had been placed on. Lying on its side, junk had spilled onto the road. 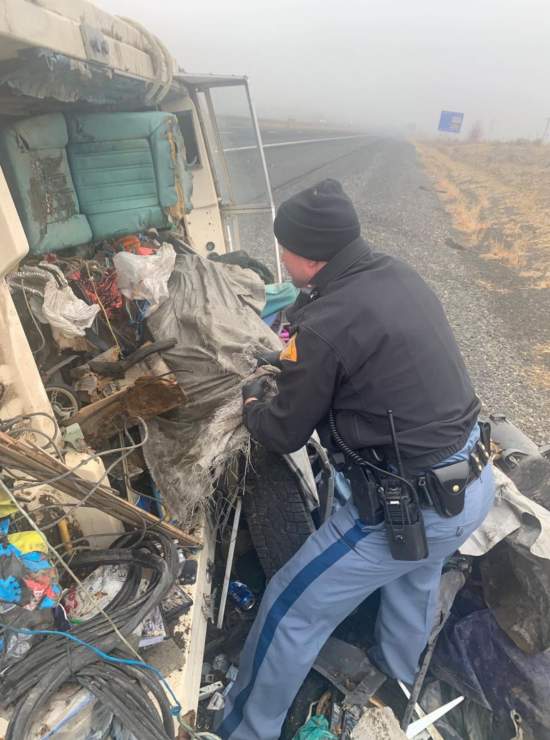 Quickly working out that they were hearing were kittens it took the officers several minutes to track down where they were. Carefully sifting through the debris, they eventually uncovered four tiny kittens. Only a few days old, there was no way of telling if they had been in the boat when it was abandoned or not.

Leaving these kittens in the boat was not an option, there was no sign of a mother cat anywhere nearby, these orphans were not going to survive on their own. 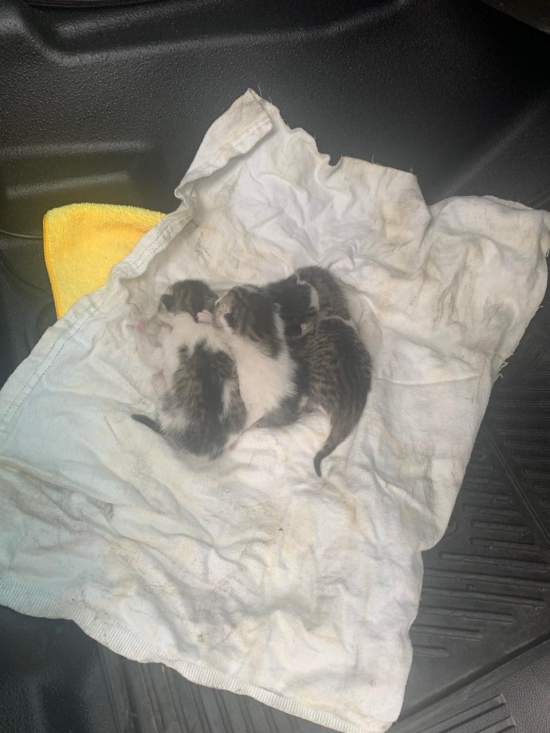 Knowing the kitten’s needed help fast, the troopers reached out to a local animal rescuer. While shelters aren’t always open or able to take in new animals, the local newspaper, The Spokesman Review, reports this woman (who wished to remain anonymous) answers her phone 24 hours a day and is always willing to help animals in need.

With the kittens safe in the hands of an experienced rescuer, they received an initial check-up, bottle feedings, and a warm place to sleep. WSP spokesperson Trooper John Bryant says the kittens are now all in good health, but their future has yet to be decided. They will most likely be transported to animal rescue and eventually be put up for adoption. As the kittens are so young, however, right now they need round-the-clock bottle feedings and plenty of rest. 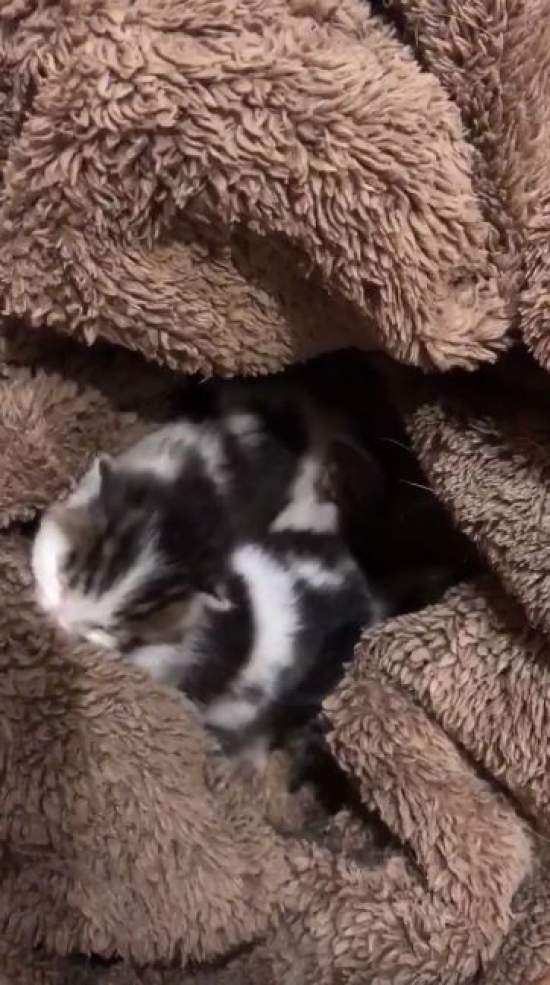 Trooper Schafer can now add “animal rescue” to his list of job accomplishments, and we’re so glad he was there to save these four innocent lives.