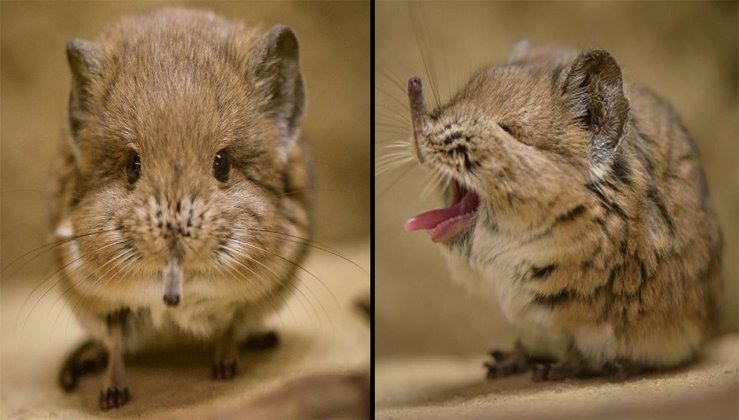 Two Sengis (Macroscelides proboscideus), also known as round-eared elephant shrews, have charmed visitors at Chester Zoo during their debut with adorable expressions as they yawn and stick their tongues out.

The small mammals, that eat roots, shoots and insects and have a gestation period lasting fifty-six days, were born at the zoo, out of sight, during the summer in a special breeding the facility. It is the first time sengis have been bred at the zoo. Although they look like their shrew cousins, they are not directly related to them. In fact, their direct genetic relatives are aardvarks, elephants, manatees and hyraxes. 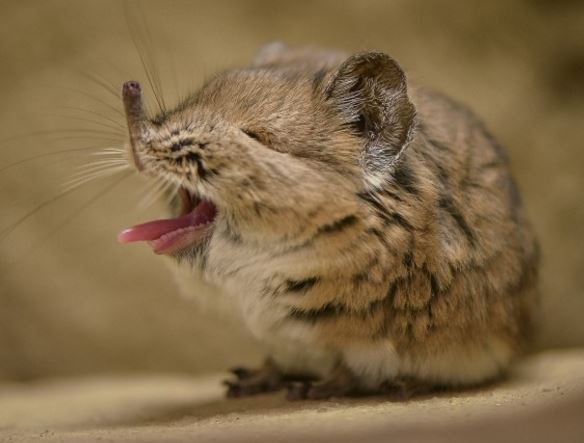 This photograph of a sengi yawning has gone viral in social media websites across the world. (Photo: Chester Zoo) While most mammals are not monogamous and have several different mates during their lifetime, the elephant-shrew is different – when they find a mate, they say together until they die. Chester Zoo’s assistant team manager, James Andrewes, said: “They might look like a shrew but, fascinatingly, our new arrivals are in fact distantly related to manatees, aardvarks, hyraxes and elephants. In the past the species was commonly known as the elephant-shrew, but many biologists are now referring to them as sengi so as not to confuse them with true shrews.” “They’re a really charismatic and intriguing little species and, having now had our first successes with encouraging them to breed, we’re beginning to learn more and more about them. In fact, there are nineteen different species of sengi, which are very poorly known in the wild and only as recently as last year a new species was discovered in Namibia.” 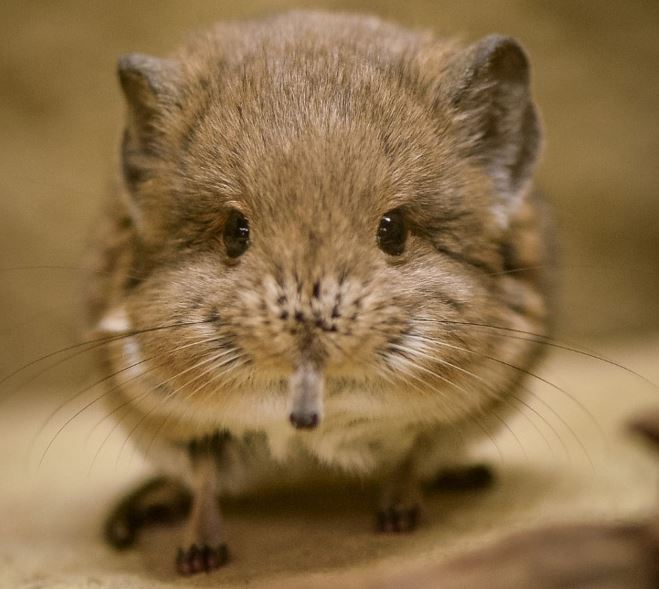 The sengi has a long, flexible snout. You can see its nostrils at the end of its snout. (Photo: Chester Zoo) The sengi is very small – weighing in at 30 to 45 grams (1oz to 1.6oz). As an adult they reach a length of about four inches, making them the tiniest of the 19-subspcies in the family Macroscelididae. They can be found in the wild in Namibia, Botswana and South Africa, and inhabit deserts, forests and scrublands. Members of the public can see them at Chester Zoo’s Secret World of the Okapi exhibit. 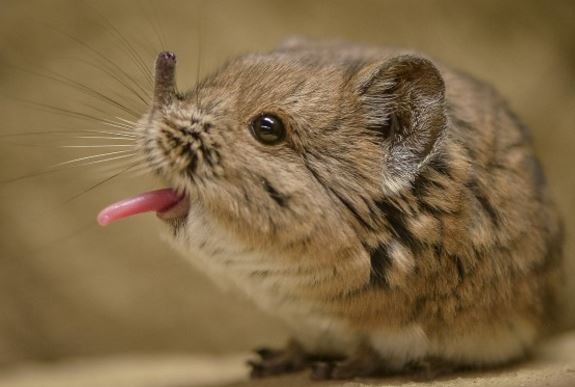 Run by the North of England Zoological Society, Chester Zoo is a zoological garden at Upton-by-Chester, Chester – about 38 miles from Liverpool, in the north of England. TripAdvisor named it the UK’s best zoo in July 2015, and the 7th best worldwide. Genetically-speaking, the round-eared elephant-shrew is more similar to the elephant than other shrews. (Photo: Chester Zoo). Chester Zoo was opened by George Mottershead OBE (1894-1978) and his family in 1931. In 1903, Mr. Mottershead had been taken to Belle Vue Zoological Gardens in Manchester, and disliked seeing all those animals cooped up in cages. 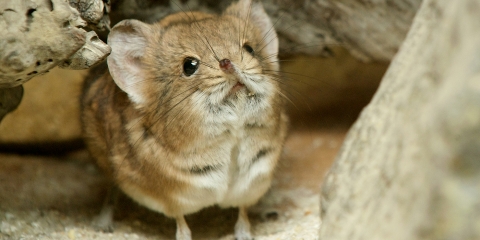 After visiting that zoo, he became determined to create a zoo one day with no bars, where animals could run around. When he was a young man he experimented with large aviaries, tanks, and runs for reptiles. Chester Zoo, which receives no financial help from the government, has a total land holding of approximately 160 hectares (400 acres). With over 1.4 million visitors in 2014, it is the most-visited wildlife attraction in the United Kingdom. It was included among the world’s top fifteen zoos by Forbes magazine in 2007.