Alex’s family had been eager to have a dog for several years, but they were waiting for the right moment to come, and that’s how they welcomed Ollie, a charming Labrador, into their family. Everyone was excited to finally have the dog they longed for so much, and they treated him like one more child, and not the pet of the home.

They got Ollie just as one of their daughters was moving to college, so he became the newest son in the family, and is everyone’s favorite at home. Even family friends often joke about how obsessed they are with the canine. They take their vacations with their dogs every year, and it is not allowed to leave them behind.

“Ollie has always been treated like one of my parents’ children. We always joke that it’s his favorite. “

Family gives their dog their own graduation photos 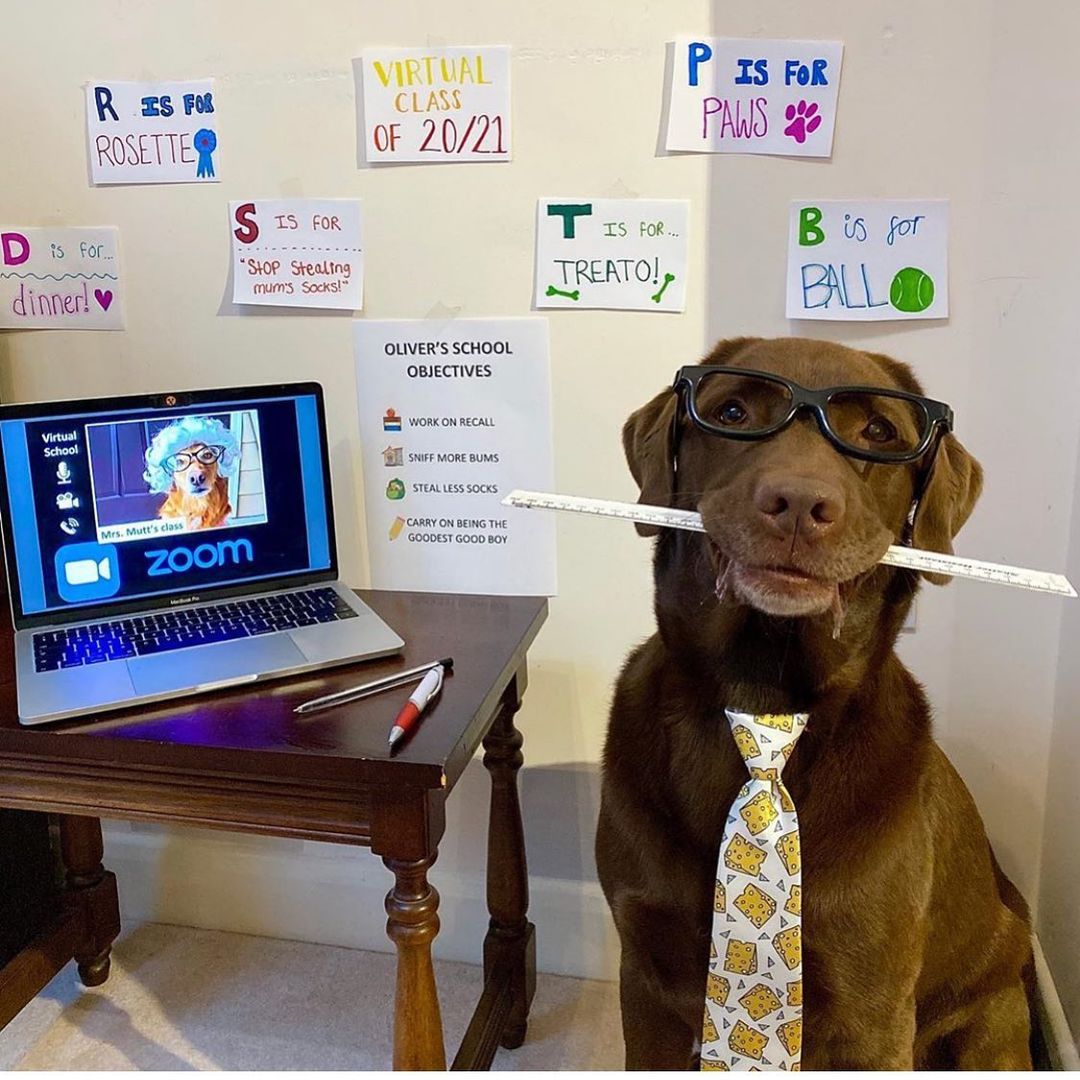 Alex finished college the previous year during the COVID-19 quarantine, and unfortunately his graduation ceremony was canceled due to the pandemic, so the family organized a special ceremony for him, which pleased everyone at home, as it meant that Ollie could be present. 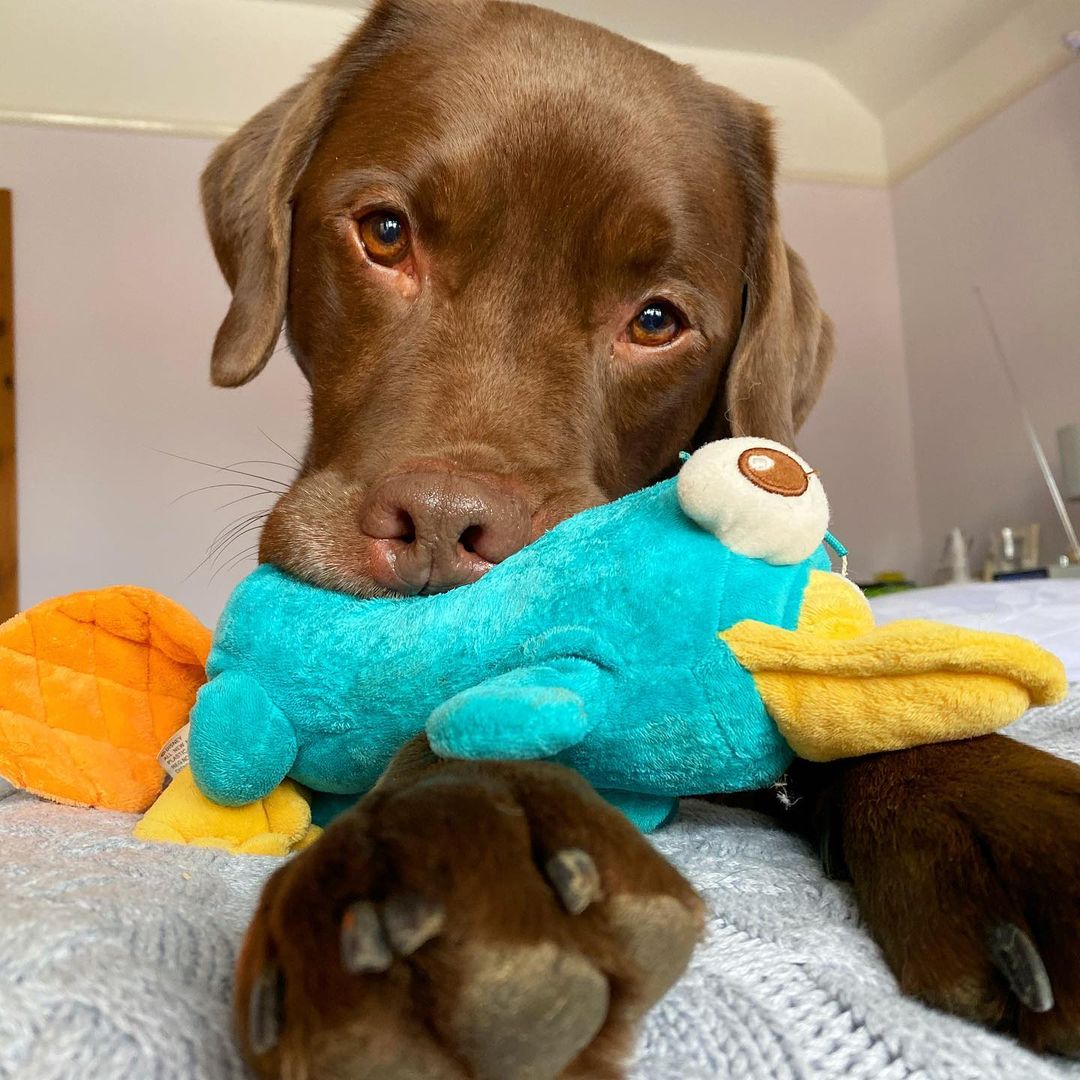 After taking some pictures, Alex and her family realized that she and her sister had graduation photos, but her younger brother, Ollie, had none; And since it cannot be left out of anything the family does, they decided to take some photos of Ollie with his diploma.

“He is a typical Labrador retriever who loves to carry things, so he was very pleased with himself when we gave him his own diploma to hold for the photo. After a quick photo with the camera, he received many compliments as usual. We took off his hat, but he did not want to return his diploma. 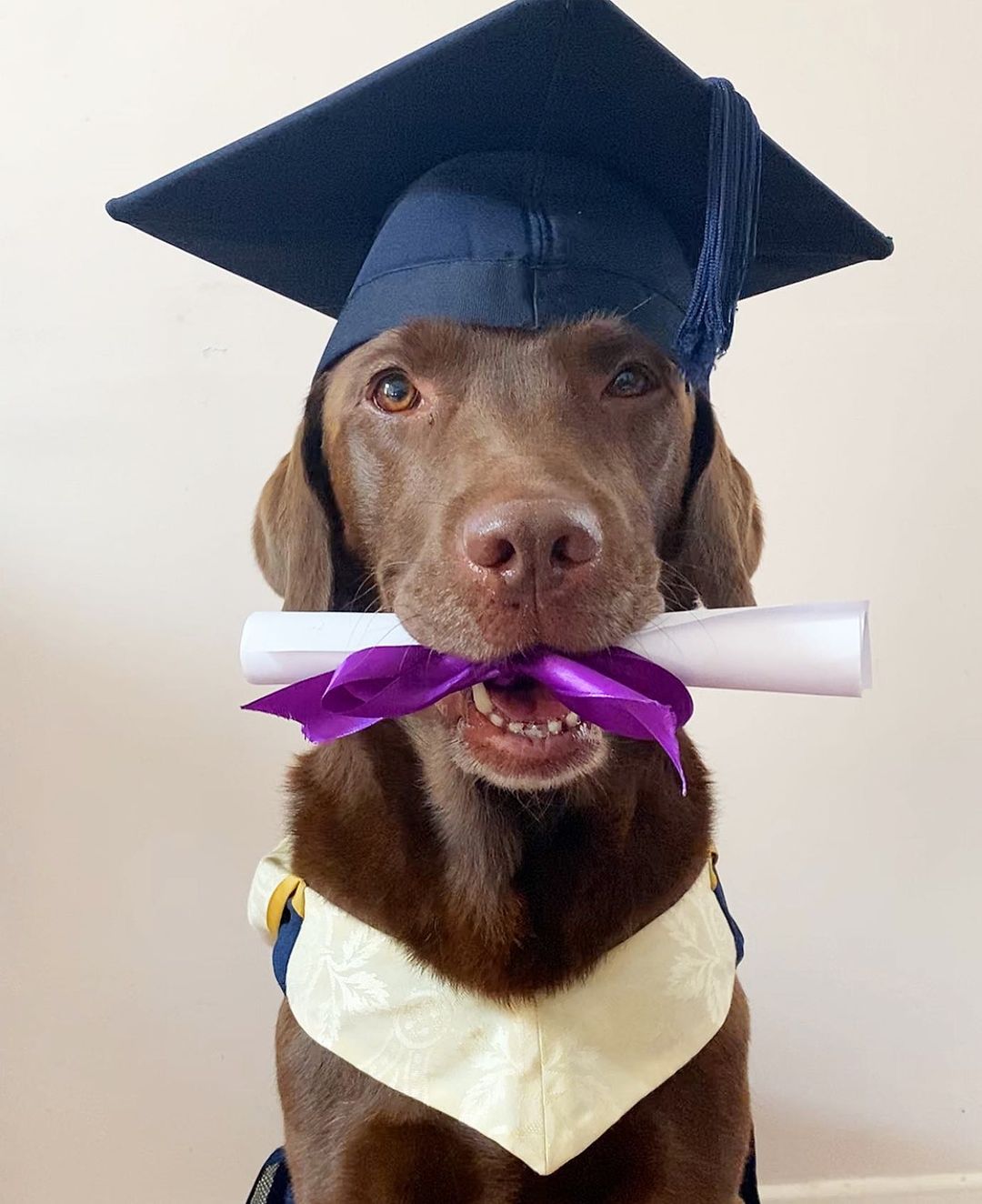 “I forgot about the photo until my mom and dad printed my own graduation photos. They decided they didn’t want to leave Ollie out and also printed his photos without telling me. My sister and I laughed a lot when we saw Ollie’s graduation photo on the wall next to ours. 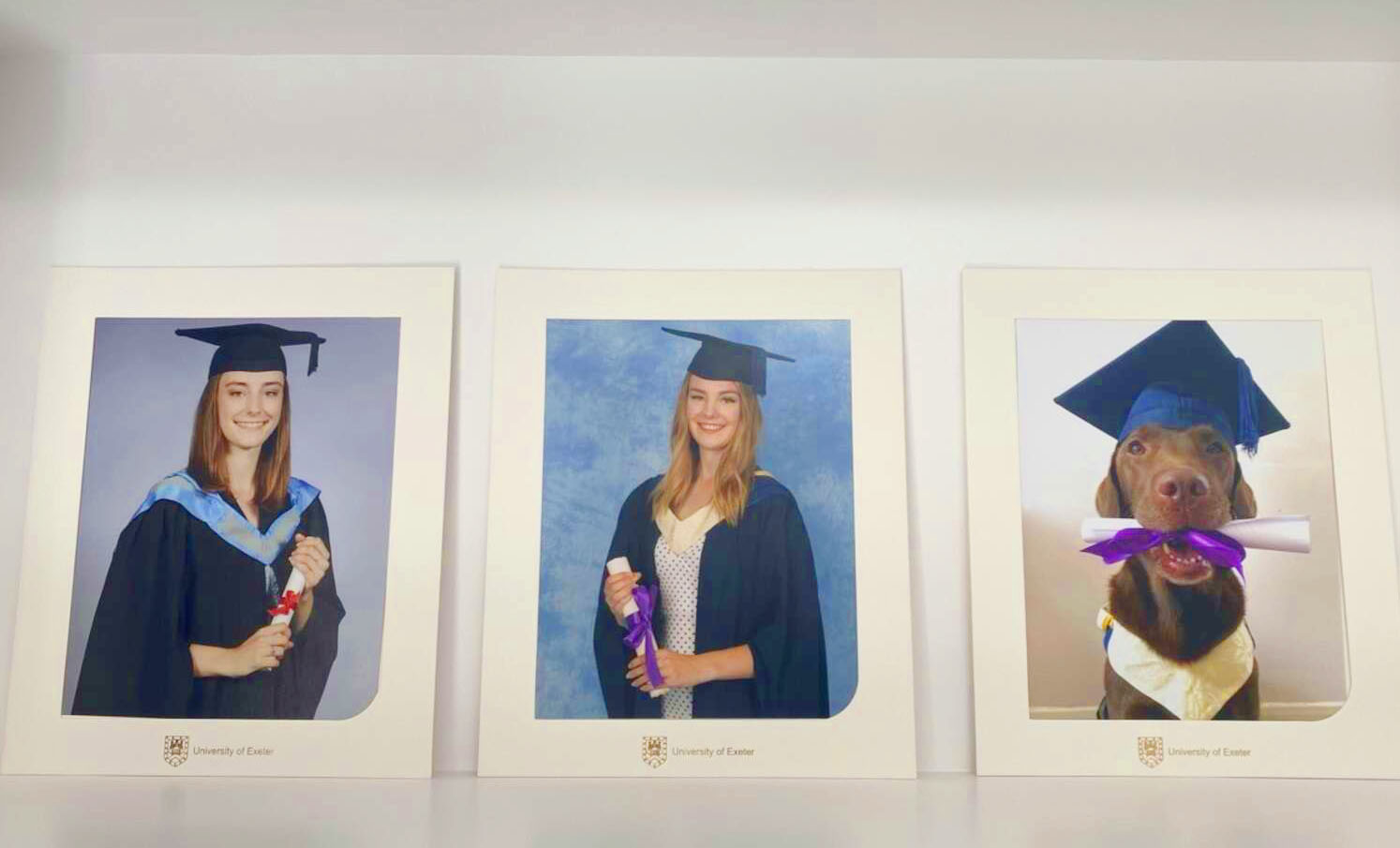 There’s no question that the adorable Labrador is the favorite member of his family, so it’s no wonder his graduation photo is displayed in the living room for all to see. His parents even printed a few copies to give to the family, and of course everyone had a lot of fun seeing Ollie with his diploma.

“We hung it at my grandmother’s house along with all the graduation photos of her other grandchildren. She thought it was hilarious and she loves it. Now it is his favorite photo and he shows it to everyone who comes to see it. 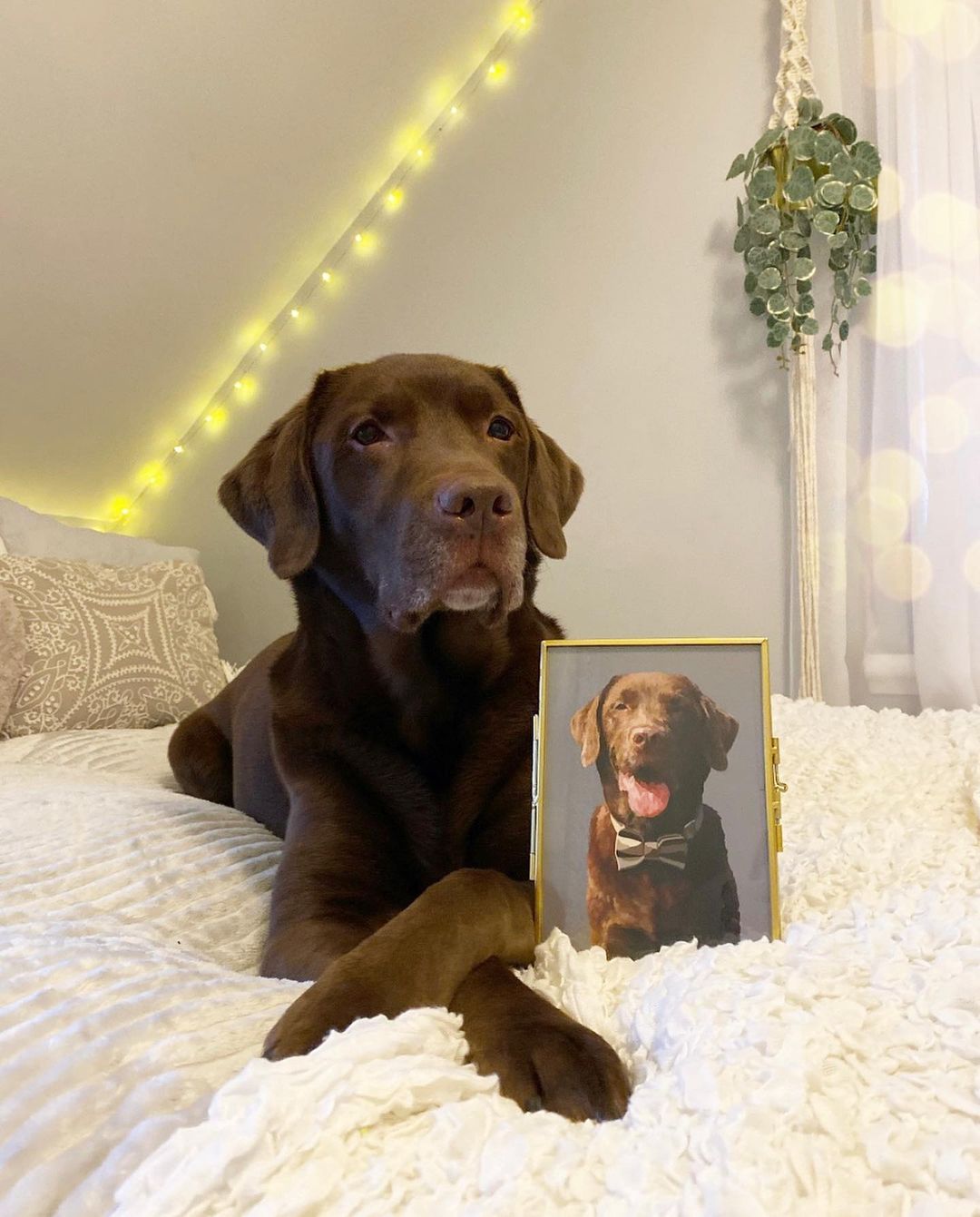 Family visitors are really no longer surprised to see the dog among the family photos on the wall. Everyone knows that Alex and his family are obsessed with their dog, and it doesn’t bother them at all, they all enjoy the new occurrences.

They’ve seen it all: Ollie is on our Christmas cards, our clothes, our phone cases… literally everything. All of our friends and family know that they can expect this kind of thing from us by now.