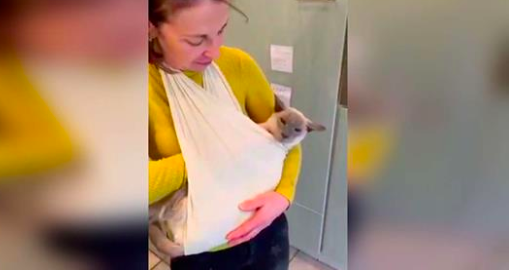 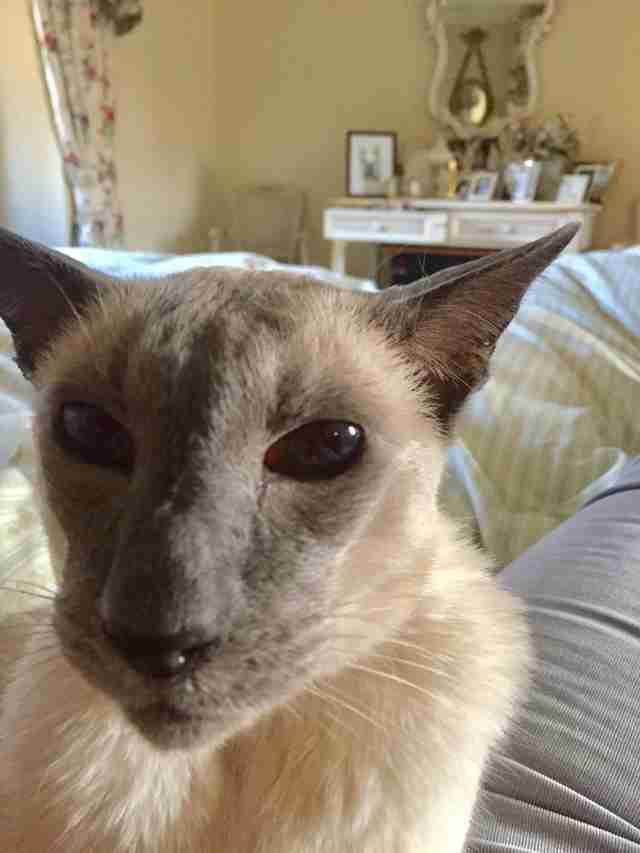 Ricky is a senior cat who loves getting attention. He might be 17 years old but this Siamese is still a friendly fellow. His family is accustomed to this behavior and they know that he is not shy when it comes to asking for some love. They are more than happy to oblige his requests, understandably so. However, we humans have a variety of other obligations. 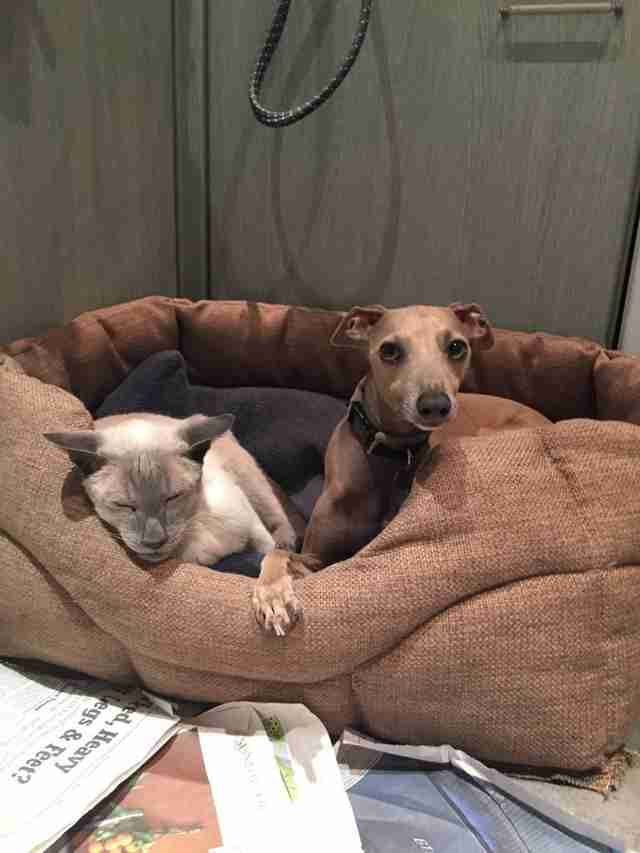 We cannot sit around and pet cats all day, as fun as that may be. Ricky is not someone who is willing to accept those types of excuses, though. There is a medical reason for his demanding behavior that we have yet to report. Since he has arthritis, the petting is soothing to his aching joints. His petting demands have now gotten to be a bit more urgent. 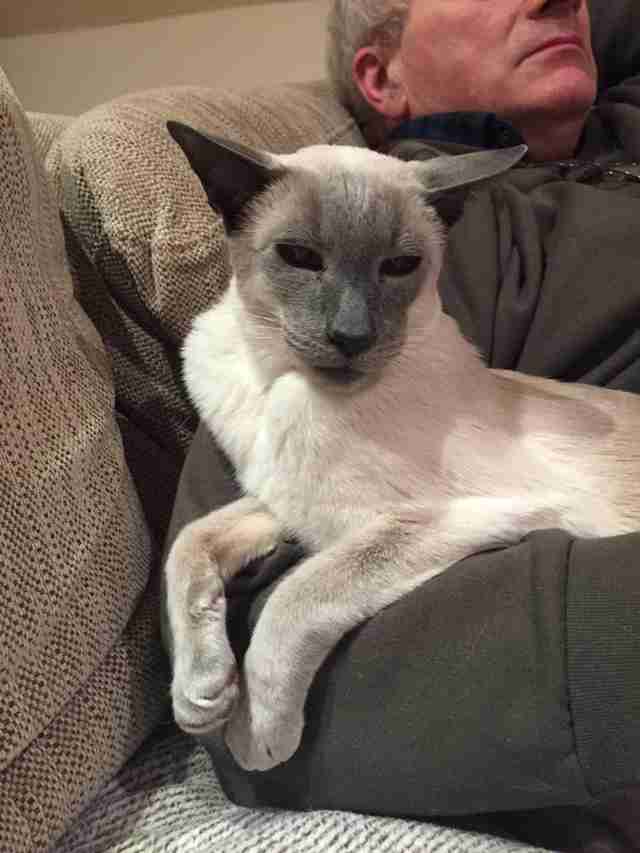 This family wants to make sure that their pal is as comfy as possible during his final years. They are going above and beyond to keep him cozy. Otherwise, Ricky will just follow his humans around the house until they give in to his requests. Debbie, his mother, decided that she would use a sling. Yes, the same sort of sling that would be used to heal someone’s sprained arm.

Ricky has decided that this solution works best for his needs. Once he receives the strokes, his eyes narrow until he reaches peak bliss. Everyone who has ever snuggled up with a cat knows that facial experience. It almost looks like a squint but this is their way of letting us know that they are as happy and contented as can be. 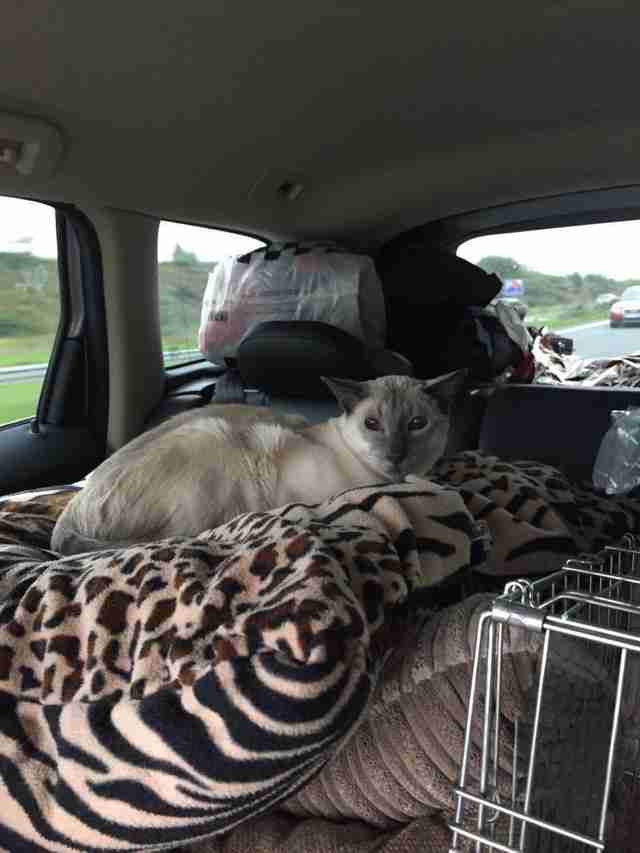 Ricky is very used to this sort of pampering. The senior cat has been a member of this family for his entire life. He does not know anything else. This is a clever gambit and we bet that other families are going to use it to help their own senior cats. We are glad to see that he is being included in everything that this family does.

These stories are a friendly reminder about the importance of adopting senior cats. While they may be getting along in years, these cats still need plenty of love and affection. Unfortunately, they are often passed over for younger animals and this is a very sad reality. Let’s all do our part to help these cats by taking the time to pass this story along to all our closest friends and loved ones. 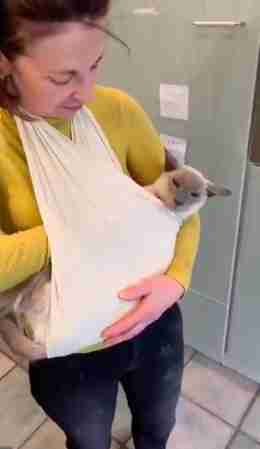