For A Year, An Emerald-Green Cat Has Walked The Streets Of Bulgaria, Becoming More Vibrantly Green Every Day 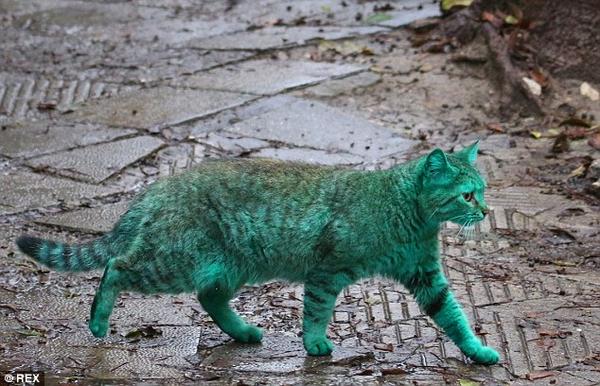 When a stray kitten in Bulgaria was discovered walking the streets with a startling turquoise-like emerald green color, it generated alarm and debate. The cat’s colourful hair was clearly unusual, and people were concerned that the cat had been a victim of animal abuse.

Varna, Bulgaria is a Black Sea resort town with a thriving tourism industry; it’s not uncommon for them to get over a million tourists each year. Bulgaria, like many other locations, has a large number of stray cats.

There may possibly be no other kittens quite like this unnamed stray that everyone is talking about right now!

The surprised reaction of the people in Varna, Bulgaria, to the sight of this stray turquoise cat is understandable. 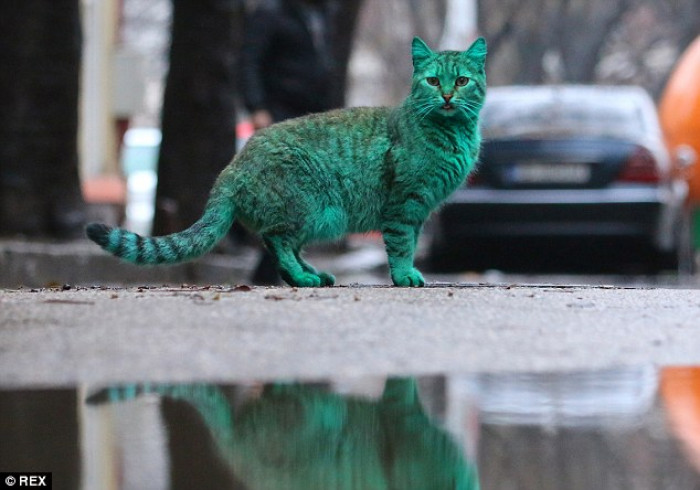 Assuming the cat was the victim of a cruel joke, residents formed a Facebook group named “Punishment to the perpetrator of this criminal crime,” in the hopes of working together as a community to bring the abuser to justice. 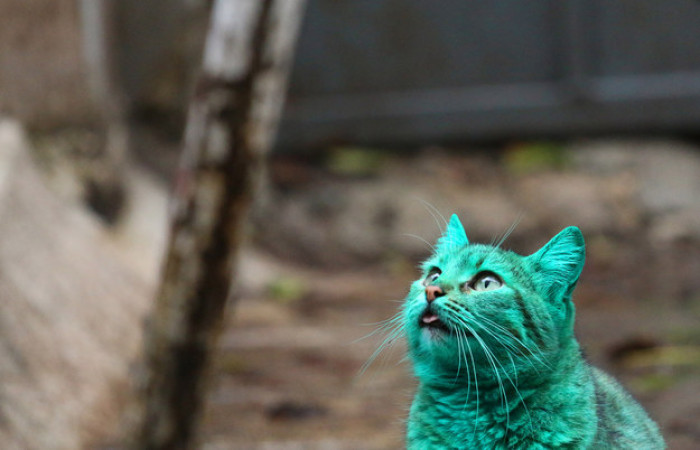 Thankfully, the cat painted itself the bright green hue by mistake, according to the local police and animal welfare group. 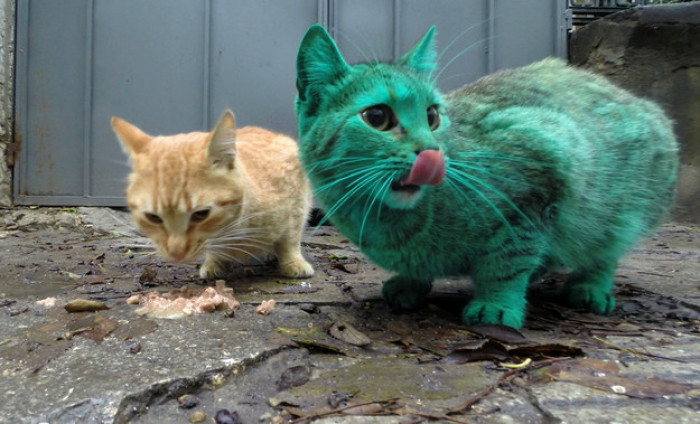 The cat’s green color was found to be the result of it lying on a “abandoned mound of synthetic green paint in a garage,” according to the report. 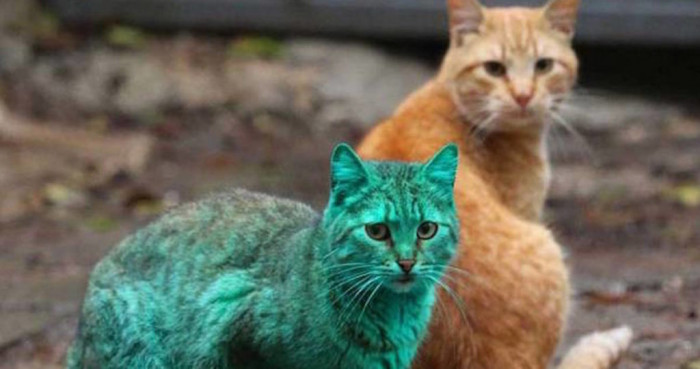 Animal welfare volunteers imagined the cat licked itself a lot, which only added to the excitement as the days went on. 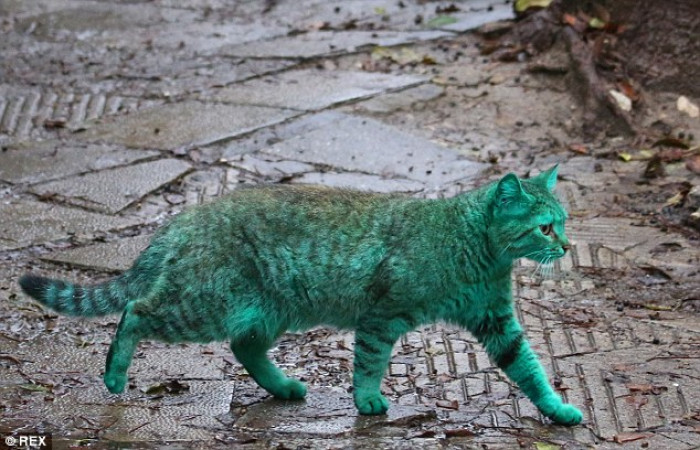 Many people have tried to capture the cat in a safe and humane way so that a clean bath could be provided. 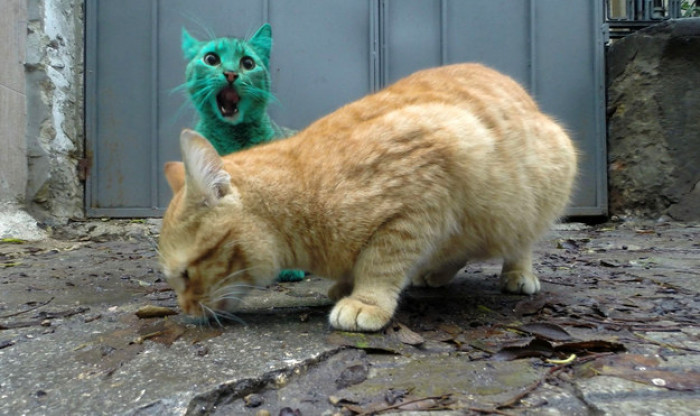 However, as anybody who has worked in a stray or feral cat community knows, you don’t just catch a cat because you want to. 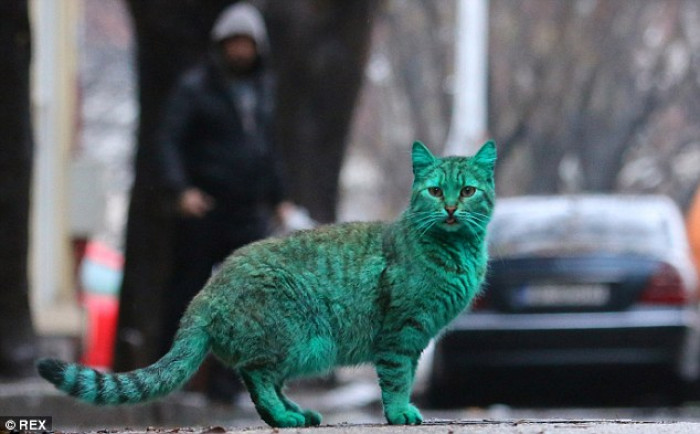 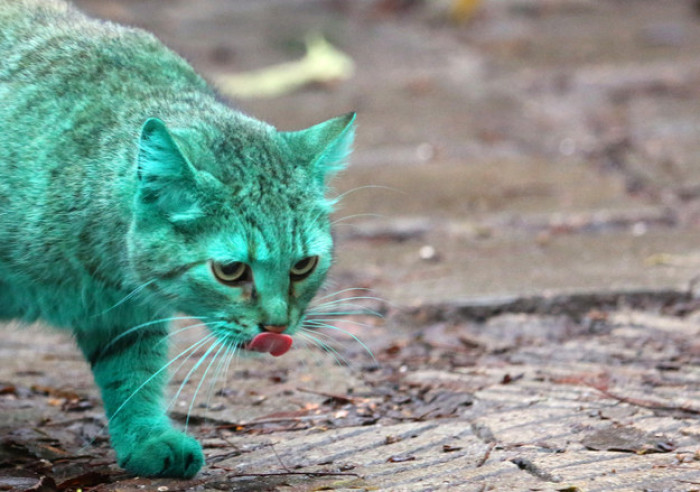 “Perhaps someone should clean up the “abandoned fake paint” that is in the garage it sleeps in,” one user suggested. 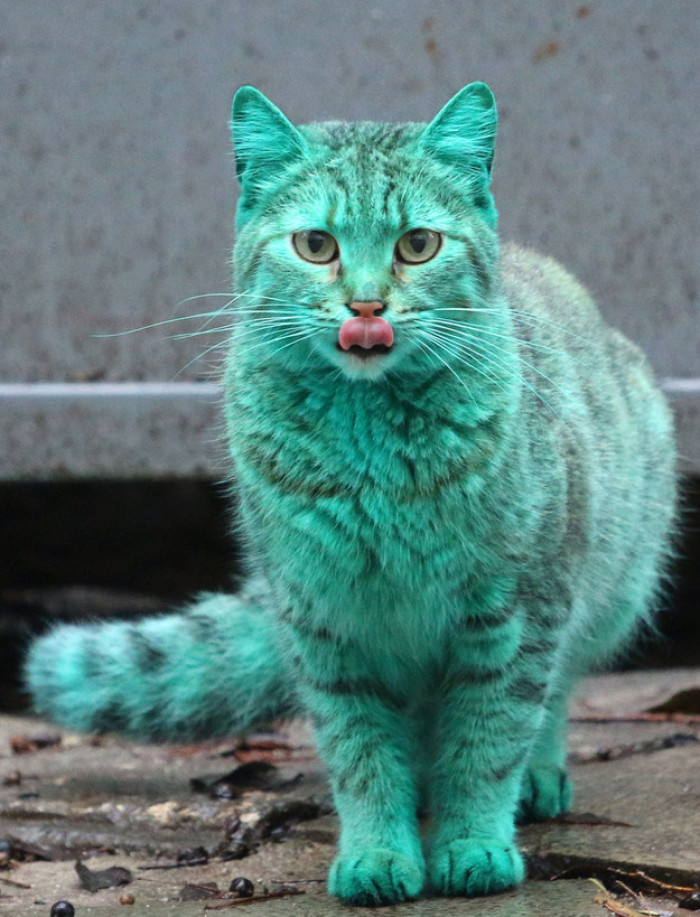 “The RSPCA has cautioned that dying or painting animals for aesthetic purposes might have ‘potentially deadly repercussions,’” according to a statement sent to the Daily Mail. 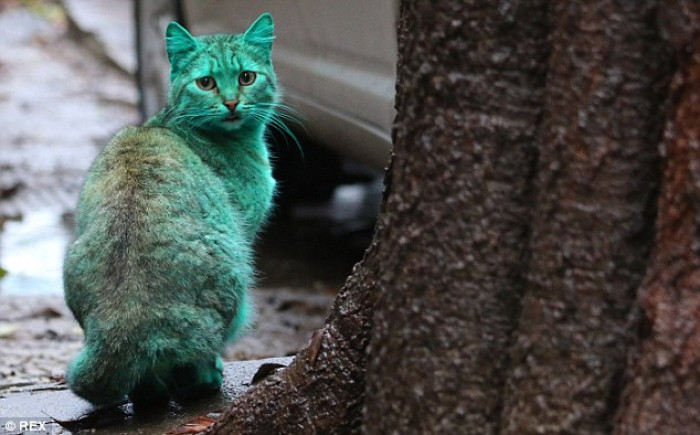 Even though the situation looks to be less than ideal, the cat appears to be doing OK, but don’t get any ideas! People, don’t color their cats turquoise to get online scores. 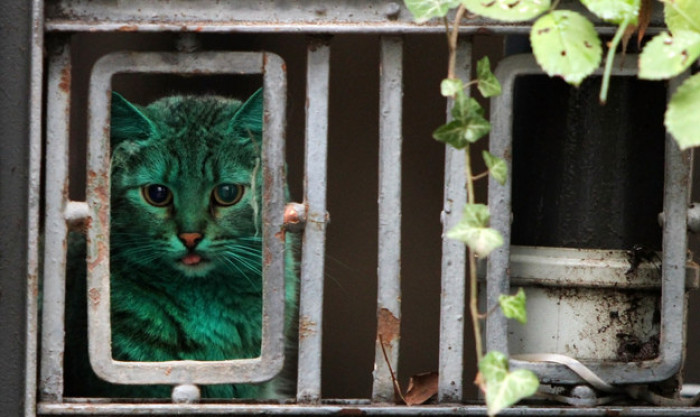 This isn’t the first time a cat has been painted a strange color by accident!
After being treated with turmeric, this cat took on the image of Pikachu. 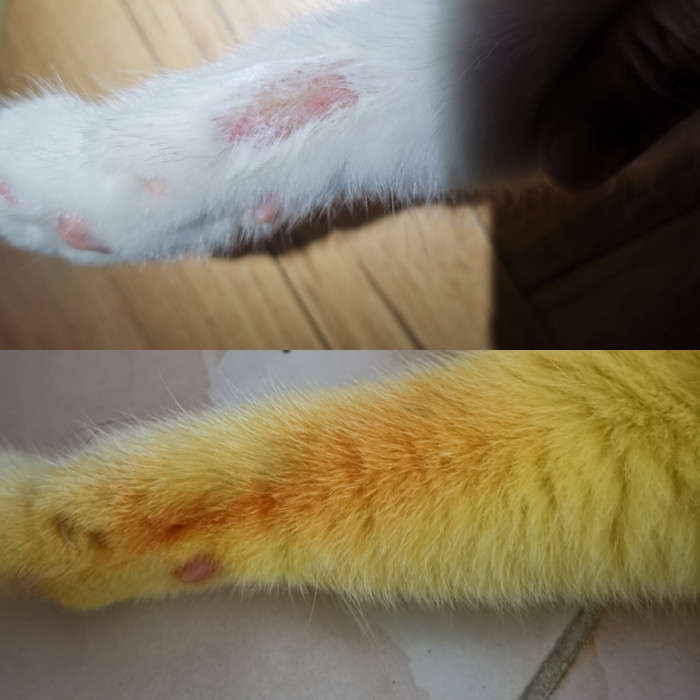