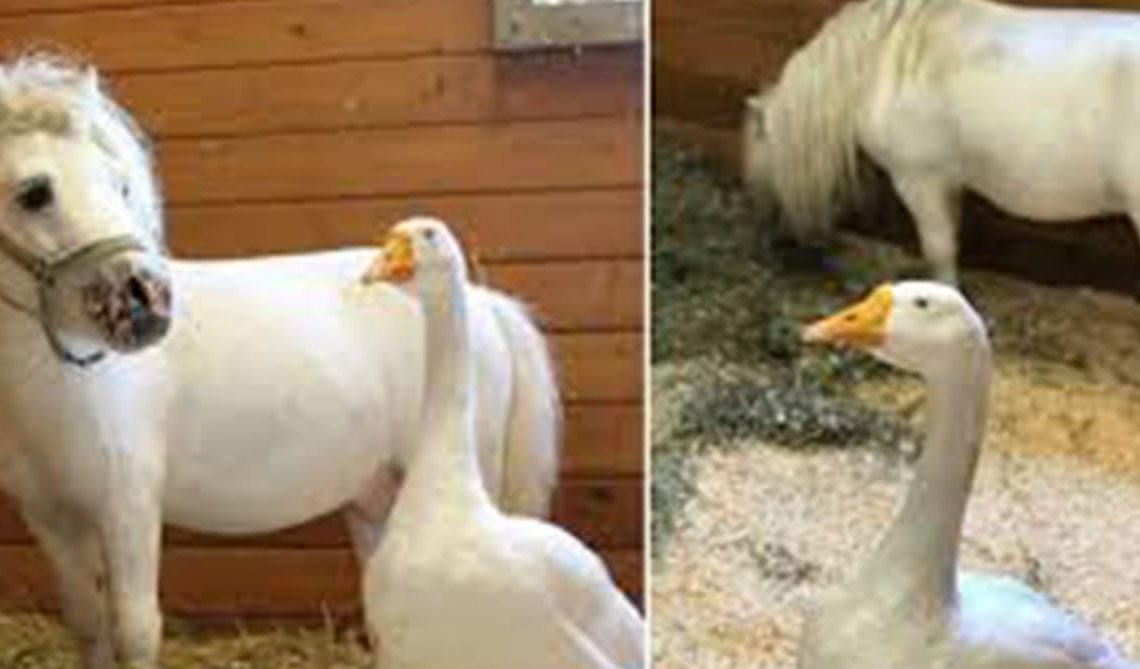 A complaint at a rural property in the state of Pennsylvania led a group of animal protectors to a farm. The property, in Bucks County, housed animals in a situation of abuse. And it was there that an unlikely friendship was recorded. 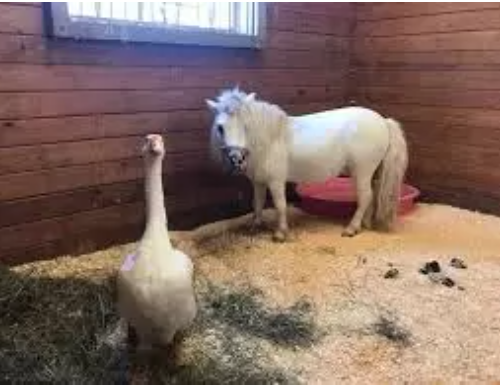 People went to the scene to rescue animals, and found the mini horse and a goose. So far so good, since we are talking about a farm. But the two were together and, apparently, were not separated for anything.

The horse, called Waffles, and the bird, called Hemingway, showed that they were the best friends in the region.

“They were kept in dirty conditions, without adequate shelter,” said Cindy Kelly, who is director of communications for the Animal Protection Society of Bucks County.

Student adopts donkey and their relationship is beautiful

Tiny kitten won’t let new family do anything without her

“We don’t know how long they lived together, but … from the beginning, it seemed that these two had a special bond,” continued Kelly.

The two were taken to the group’s barn, safely, and stayed in the same enclosure, in a tent. Hemingway is particularly jealous and protects the four-legged friend. It is as if one comforted the other after a long time of suffering on the farm. 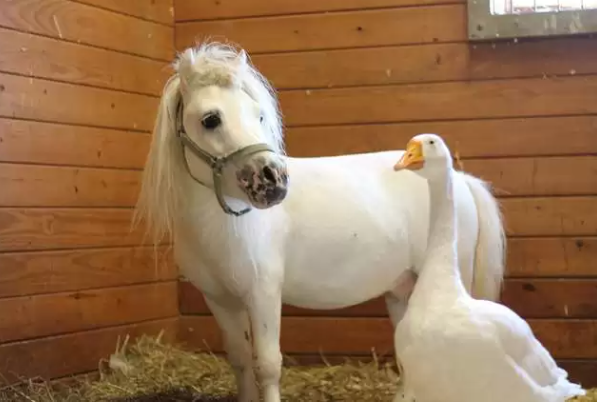 “A team member looked at the tent once and saw Hemingway with his head and neck. leaning on Waffles’ back, ”said the protector. Waffles needed veterinary care, which made the goose even more protective. He was even aggressive when they tried to separate the two.

Finally, the case was released and, in just one week, more than 300 requests for adoption were received. It is important to mention that only adopters who wanted to take the two were accepted, to keep them together.