Frost has come to Texas, and people shelter the houses of all animals. And their photos at home warm the soul 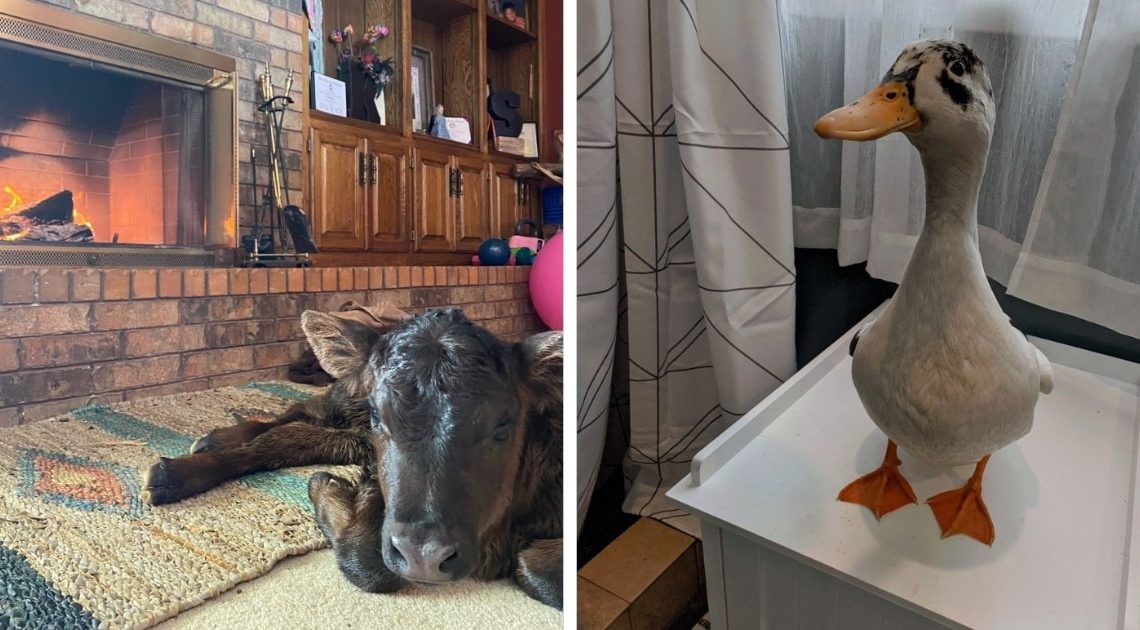 Winter this year has decided to remind all of us how harsh it can be. Her desire to fly was especially unexpected for the southerners, who have long been accustomed to the mild and temperate climate.

This winter turned out to be the most unusual for Texas. A violent storm forced the residents of the state to fight the elements and show attention to all those who are so dependent on us. Of course, we are talking about animals! And taking care of them is the best proof of the humanity that people show in this difficult time.

The journalist did not disregard the concern of the inhabitants of Texas about non-domestic animals, and wrote about this on his Twitter account. In just a couple of days, his post received more than 10 thousand likes, and in the comments people rushed to share their stories of saving animals from the bad weather.

It is difficult for animals to adapt to abnormal cold, and their owners, of course, do not leave them unattended. 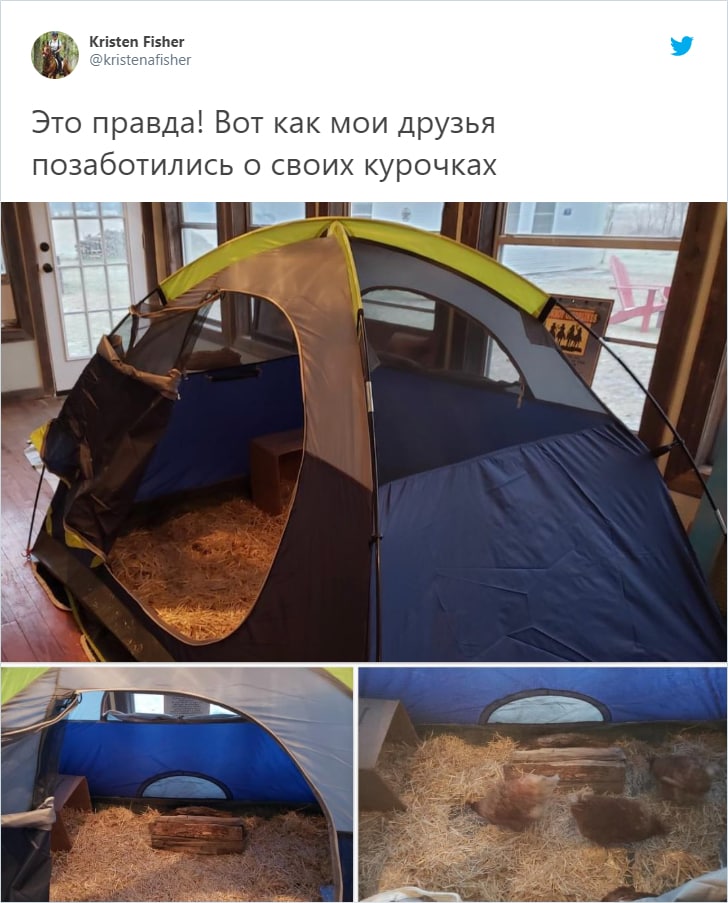 Not all pets were ready for new neighbors 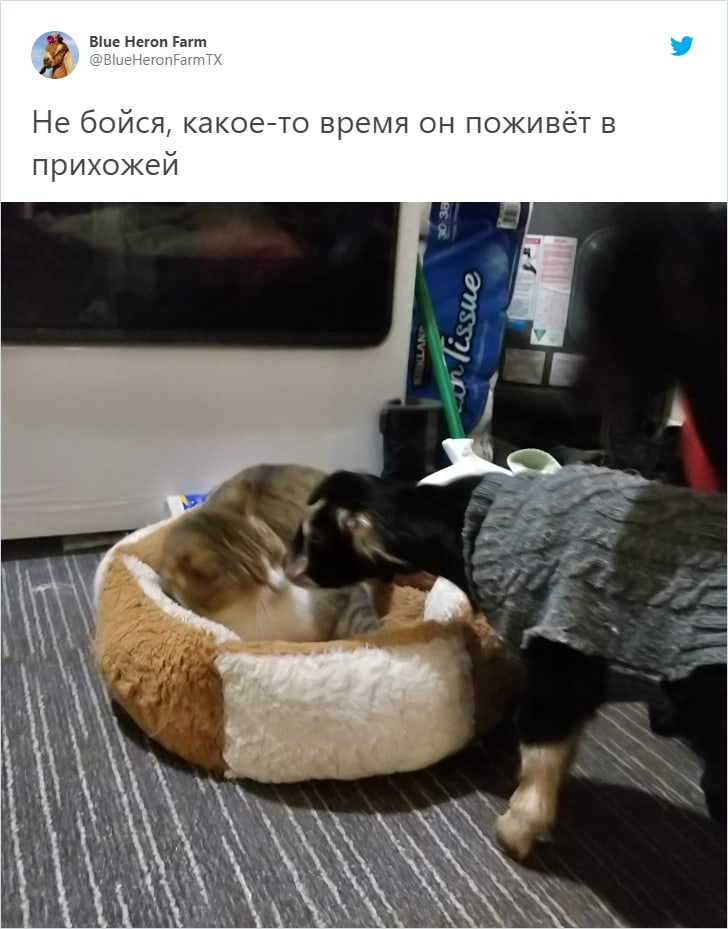 When else will you see a calf in the house by the fireplace? 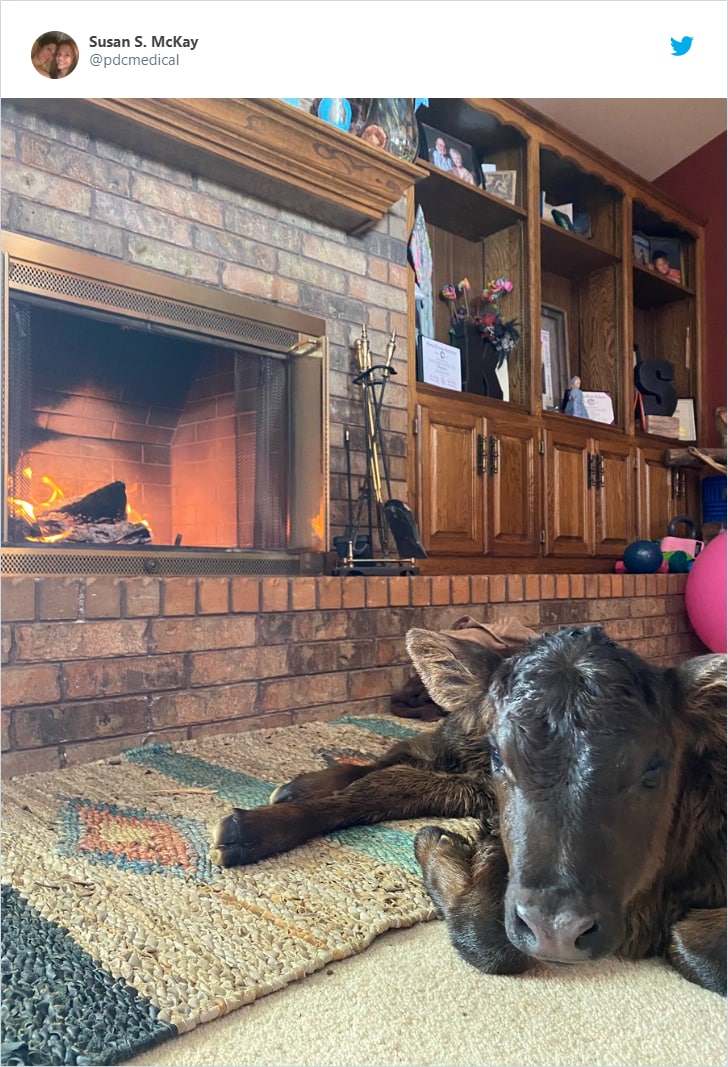 This duck seems more than happy with the new home. 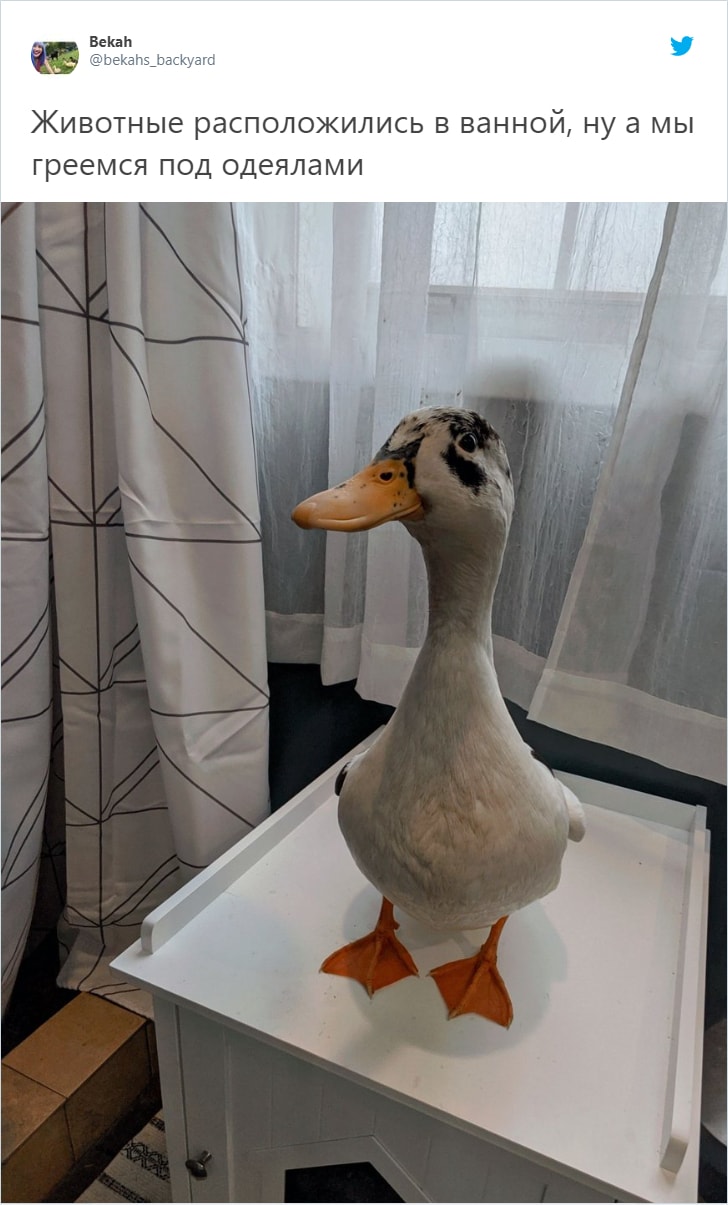 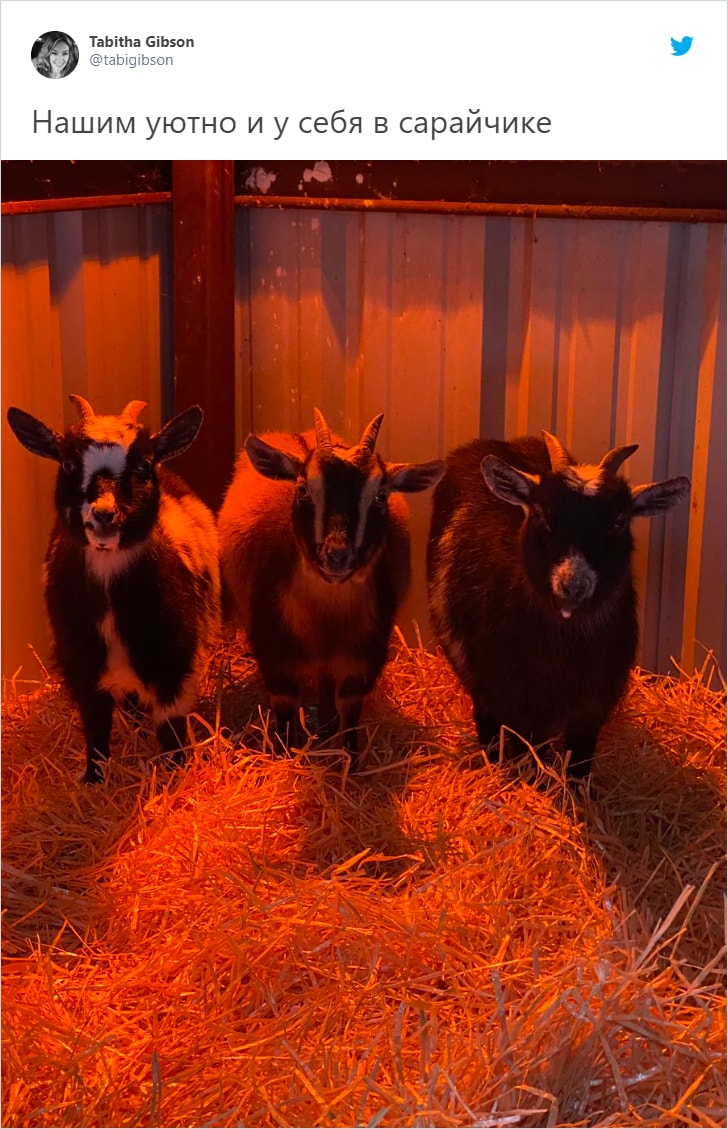 Chickens should love the new environment 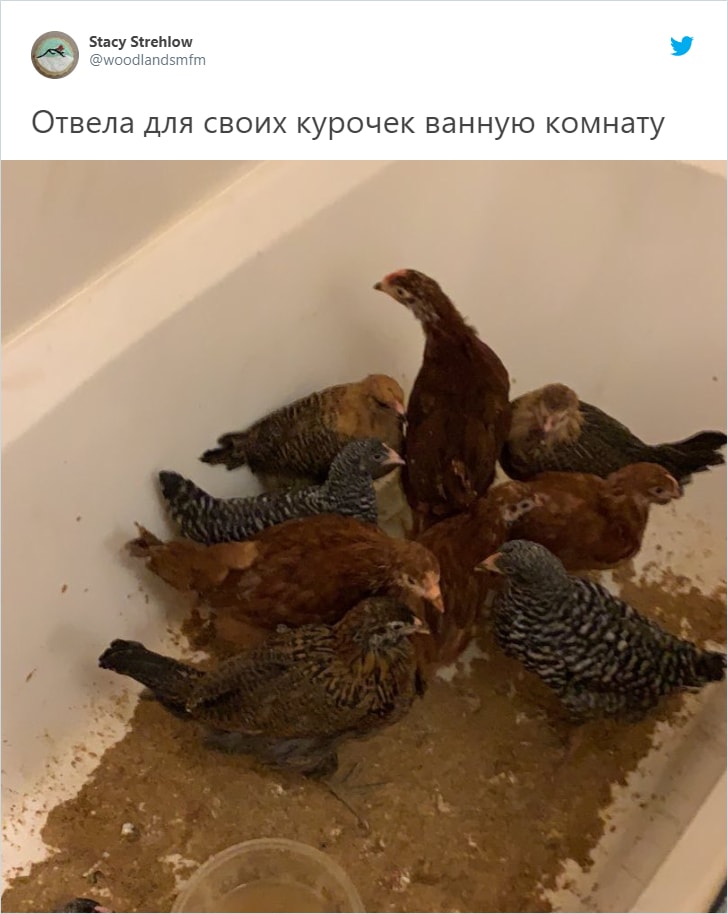 But besides saving their animals, the people of Texas have not forgotten about those who were left without masters. Indeed, in such frosts, they especially need human care.

We must not forget about those who have nowhere to hide from the cold. 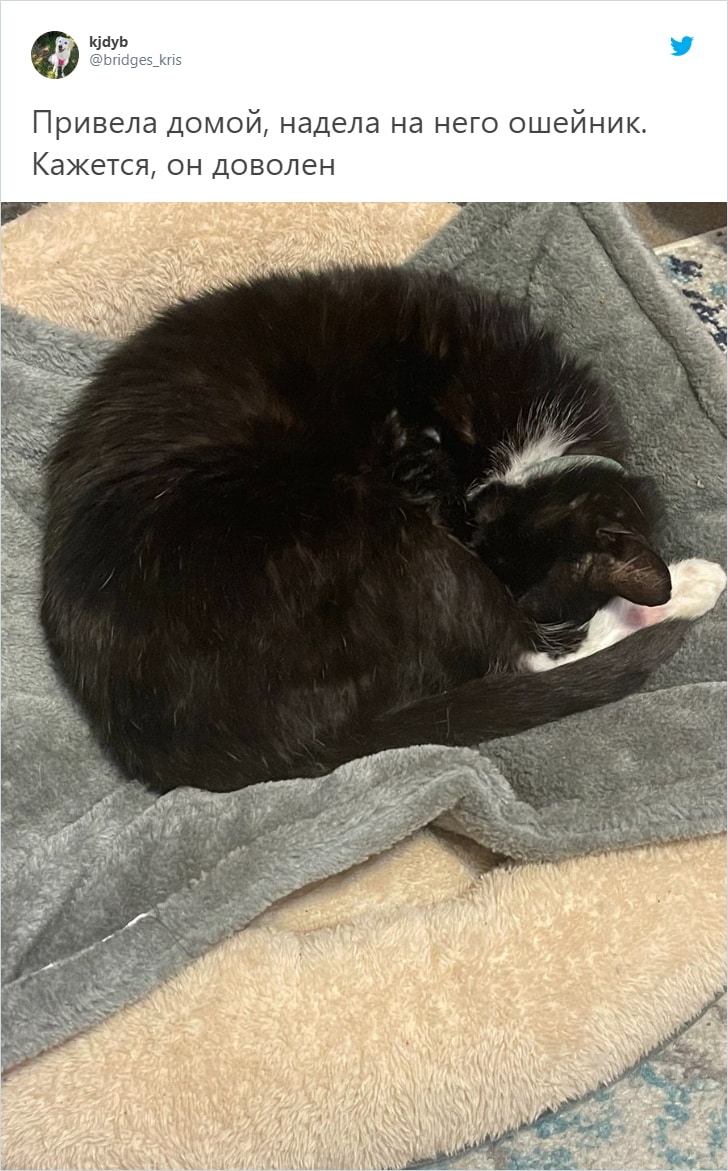 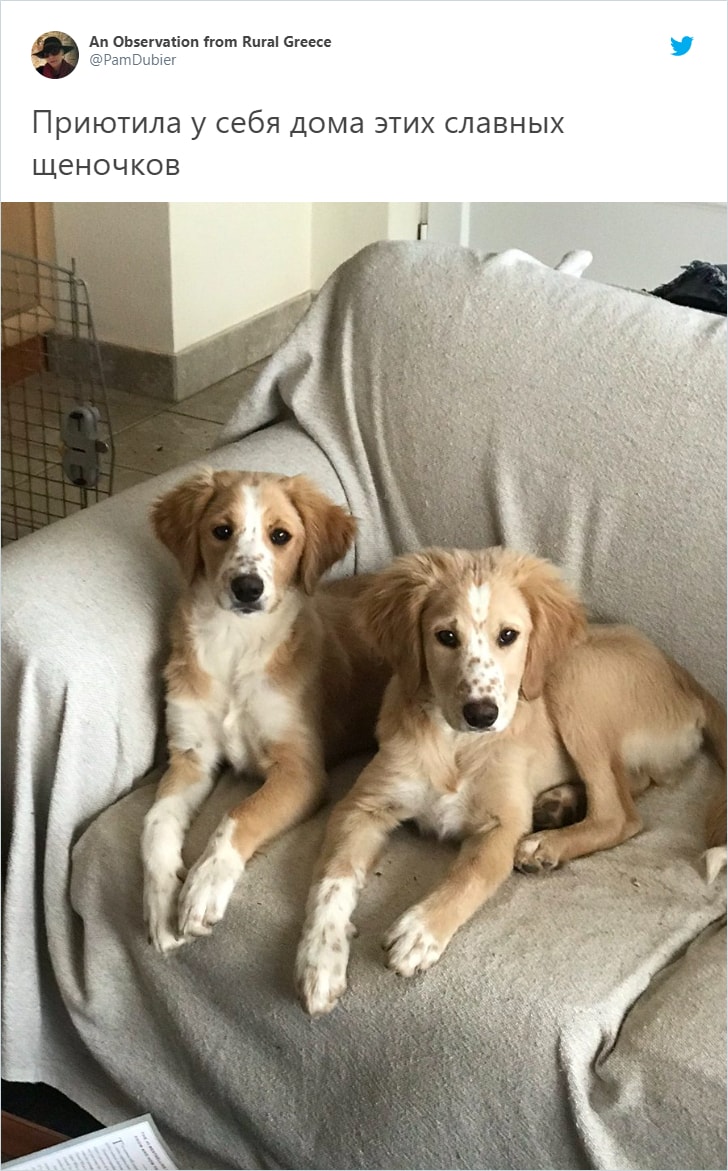 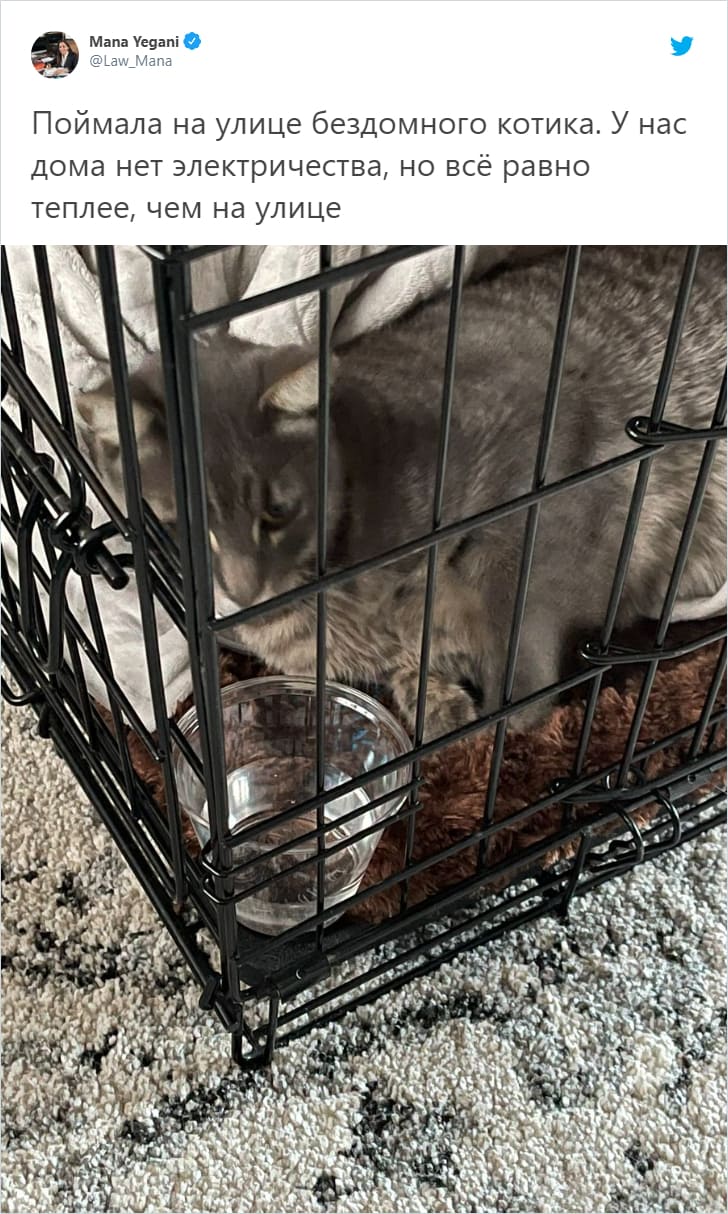 Despite the complexity of the situation, people take care not only of themselves, but also of other living beings. In moments of danger, the true spirit of humanity manifests itself, and the cold-stricken Texas demonstrates it to the fullest!

The Sea Turtle Corporation also took care of its wards. 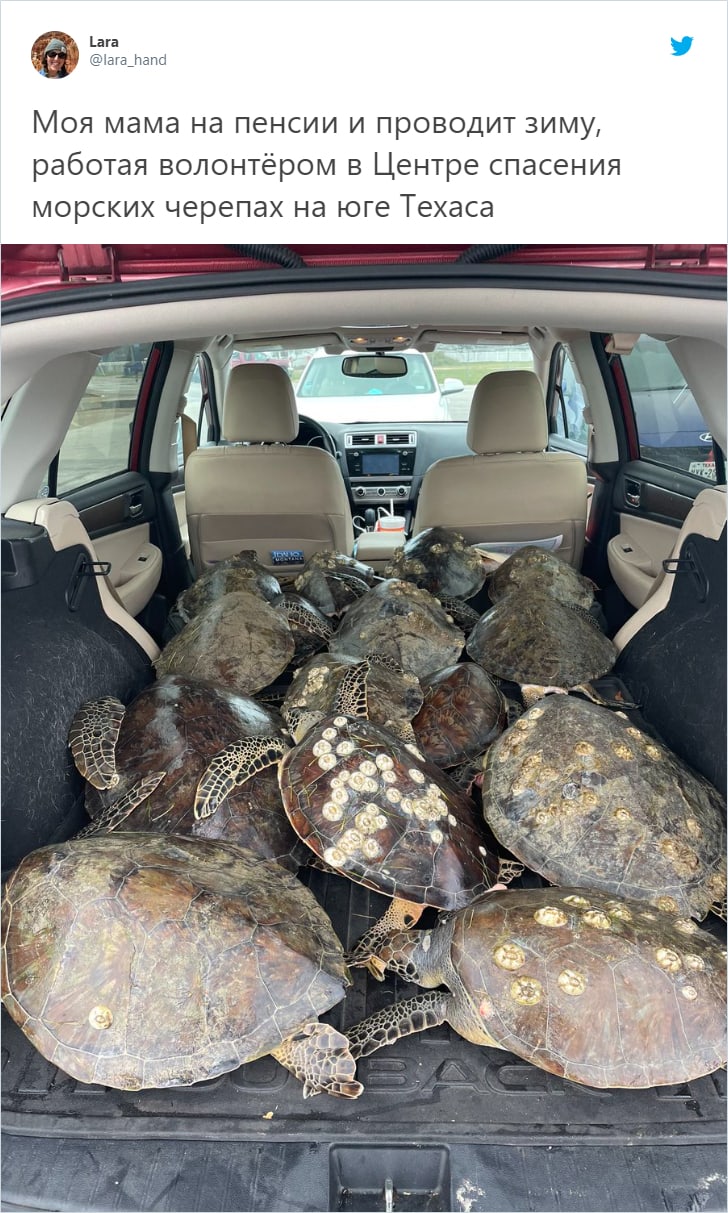 The cold snap caught the local turtles by surprise, and volunteers are doing everything possible to save them. I do not live in Texas and cannot help physically, but my mother has such an opportunity. Today she sent me a photo of the back of her car – Twitter user Lara shared on her page .

To regulate their body temperature, sea turtles rely on the temperature of the water in which they are found. When they enter a state of hypothermic shock, they cannot move their fins or raise their head to inhale. Turtles become paralyzed and very vulnerable in the water. If they are not saved, they may die.

This is why taking care of turtles is so important.

This is how difficult circumstances allowed us to once again be convinced of human kindness. We hope this news makes you a little warmer!