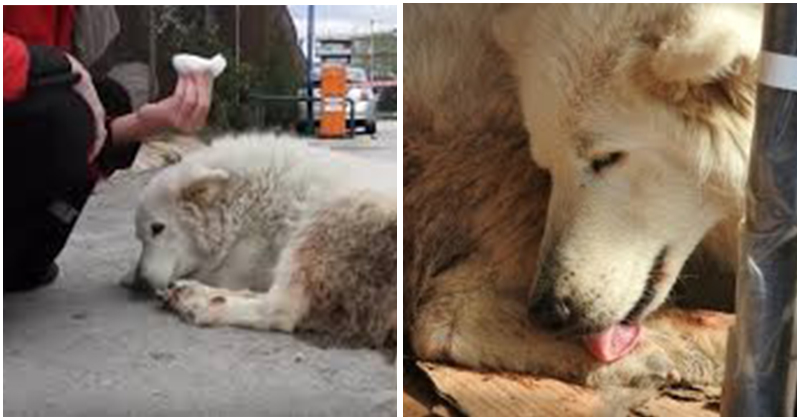 A street dog named Bianca lived on the streets of Greece for many years until a condition called Degenerative myelopathy began to make her limp a few months ago. But once rescuers at SPAZ, a dog rescue organization, learned about her, she was about to be rescued and rehomed in record time.

“I only met her two weeks ago and her rescue-rehome story is the fastest and most amazing ever. Degenerative myelopathy is what first made her limp months ago, and as the months went by, she kept getting worse and worse, until she was unable to stand on her feet and started dragging the hind part of her body. Some of the people working nearby have been taking care of her for years.

“She had a house made of wooden boards, she was being fed (overfed probably, which makes her condition worsen – it’s one of the biggest problems when strays are being take care of by many people), some have paid for her x-rays and others for a new wheelchair. But the street was no longer a place where Bianca can be safe.

It was not that easy. A dog like her cannot be in a shelter, she cannot be in a clinic, she cannot live anywhere else but a in a home – and finding a home for a paralyzed, 7 year old, 30 kilo dog was not easy. In fact, it almost looked impossible, but Bianca got very lucky.”

Watch Bianca’s touching story in the video below. It’s heartwarming to see that Bianca will be as happy and as healthy as possible for the few months she has left!