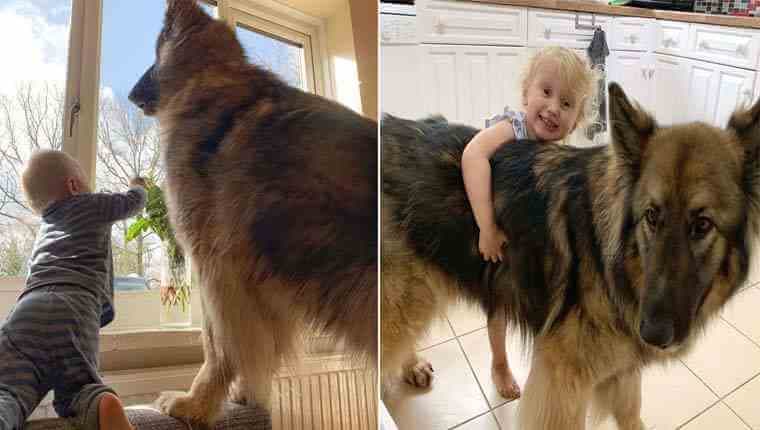 Prepare the heart for a real wave of affection and cuteness, but the protagonist is huge. Giant German shepherd Loki is in love with babies. In his Instagram account , he appears next to the little ones and the size of the dog is impressive.

Despite being larger than normal for the breed – which is already big – Loki is pure love. He lives in Wales, UK, but has already won the world through social media. 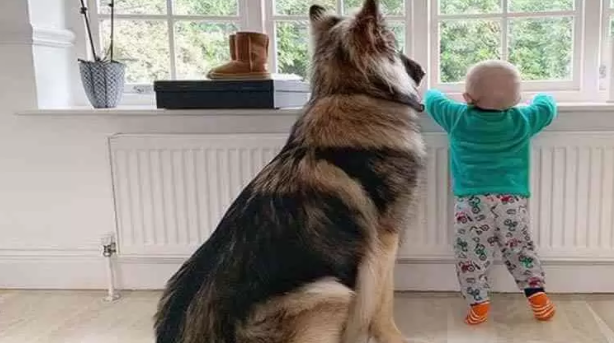 Always with a friendly face and a father’s concern, he takes care of the small residents of the house and has fun with them. Anyone who sees it may think that the German shepherd is great for being next to babies. But his size can be seen alongside adult tutors. A mountain of cuteness that certainly many people wanted to have at home. 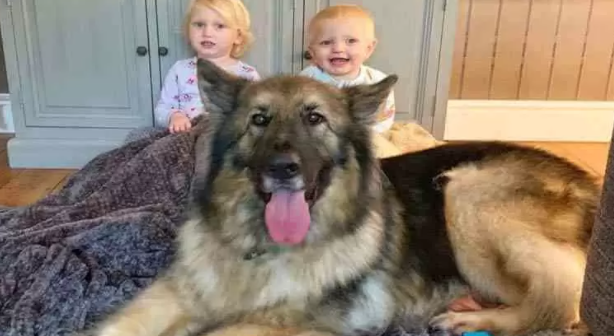 German shepherds are among the most intelligent and popular dogs. They are animals that undoubtedly stand out for their fidelity. As such, babies who live with Loki will have a great – and put a great deal to it – friend for a long time.

Videos and photos of moments of friendship and games are shared on the family’s social networks. Every moment in a home with children and such a lovely dog ​​is different.