Giant snakes over 10 meters were found dead after forest fire 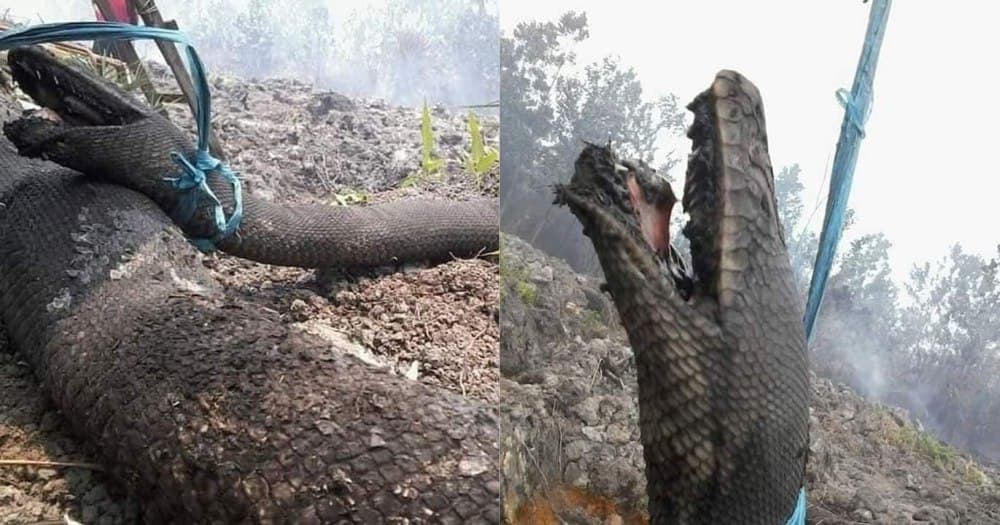 Like Brazil, Indonesia has also suffered from major forest fires. According to the Next Shark portal , carcasses of giant snakes were found charred during the firefighting. Giant snakes of more than 10 meters, which frightened the people who came across them.

Smaller animals were found shattered, consumed by fire. The huge snakes, on the other hand, were still in good condition, with open mouths. This, in short, shows how much the reptiles have suffered trying to escape the deadly flames.

The fires were caused by deforestation in the region. About 800,000 acres were destroyed. According to Next Shark, farmers would have set forests on fire to have more land to plant.

In conclusion, 185 people have been arrested and four companies are under investigation. They may be directly involved in the fires that killed hundreds, perhaps thousands, of animals.

Giant snakes are trademarks of Indonesia

An interesting curiosity, of course, is that Indonesia already has a reputation for being home to giant snakes. One of the most well-known fictional films about huge and scary snakes is undoubtedly ” Anaconda “, right? The original work, starring Jennifer Lopez and Ice Cube takes place in Brazil. But the continuation: ” Anaconda 2 – The Hunt for the Bloody Orchid “, takes place in Borneo.

Borneo is a large Asian island that belongs to several states, including Indonesia. Thus, both Brazil and the surroundings of Borneo are ideal regions to flourish the imaginary of giant snakes.

Anyway, 10 meter snakes are scary to anyone. And it was in Indonesia that a snake smaller than the ones found in the fire carried out a real horror story. A woman was killed and devoured by a seven-meter python .

After swallowing the victim, in short, the animal found a place to rest. When they eat very large game (like a human being), snakes stand still for many days, digesting the meal. The snake was found near the vegetable garden in which the woman worked. The victim was practically intact (obviously dead) when the snake was opened. The case became famous on the internet.