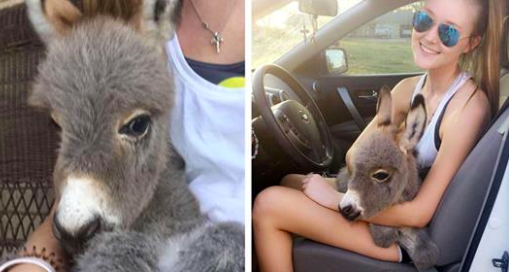 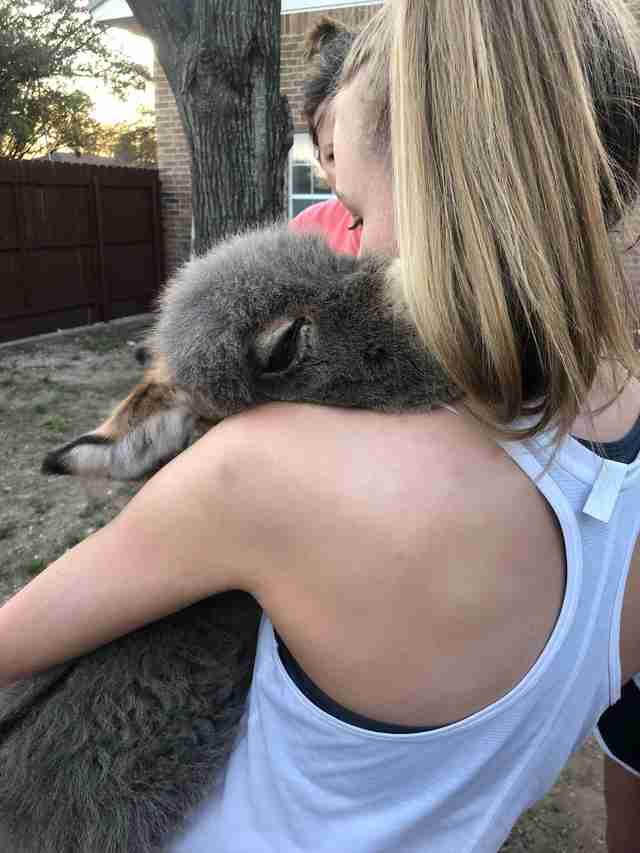 Payton Dankworth has been plunged into a role that she never quite expected. This is a role that not many young people would be willing to play. However, this is one special teen and she is embracing the responsibility with her whole heart. The kindness that she has displayed is already responsible for saving a life. It all started two weeks ago. 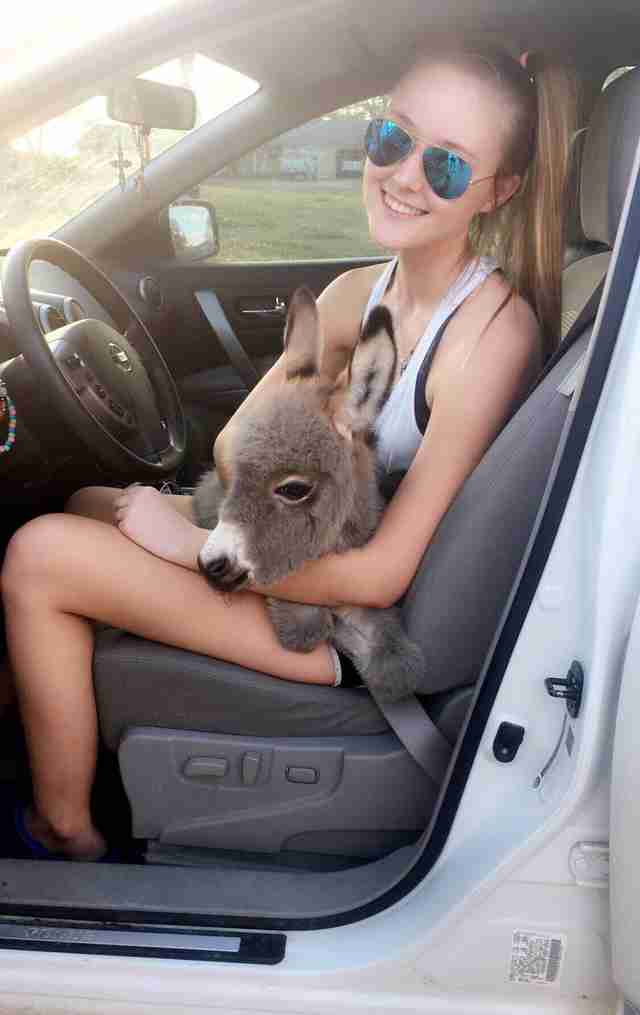 The Texas high school student received a call from a friend with a horse ranch. The friend had come across a donkey that was in need of help. The poor baby had been abandoned and had nowhere else to go. 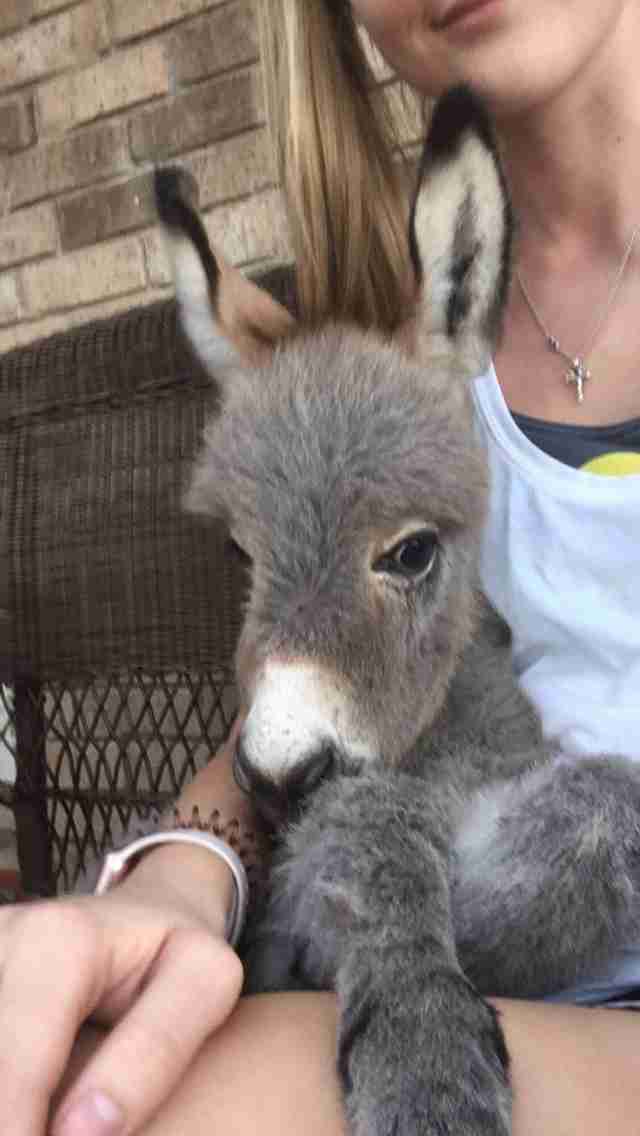 Since the young man was not able to care for the donkey on his own, he asked Payton if she would be willing to give him a hand. He wanted to make sure that the donkey stayed alive. 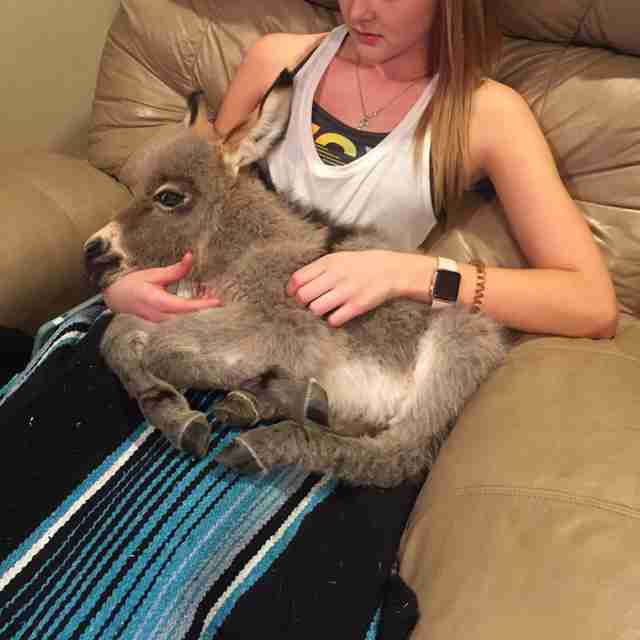 The young man did not believe that the donkey would even make it through the night. He wanted Payton to keep him company and make sure that he was comfortable during his final hours. 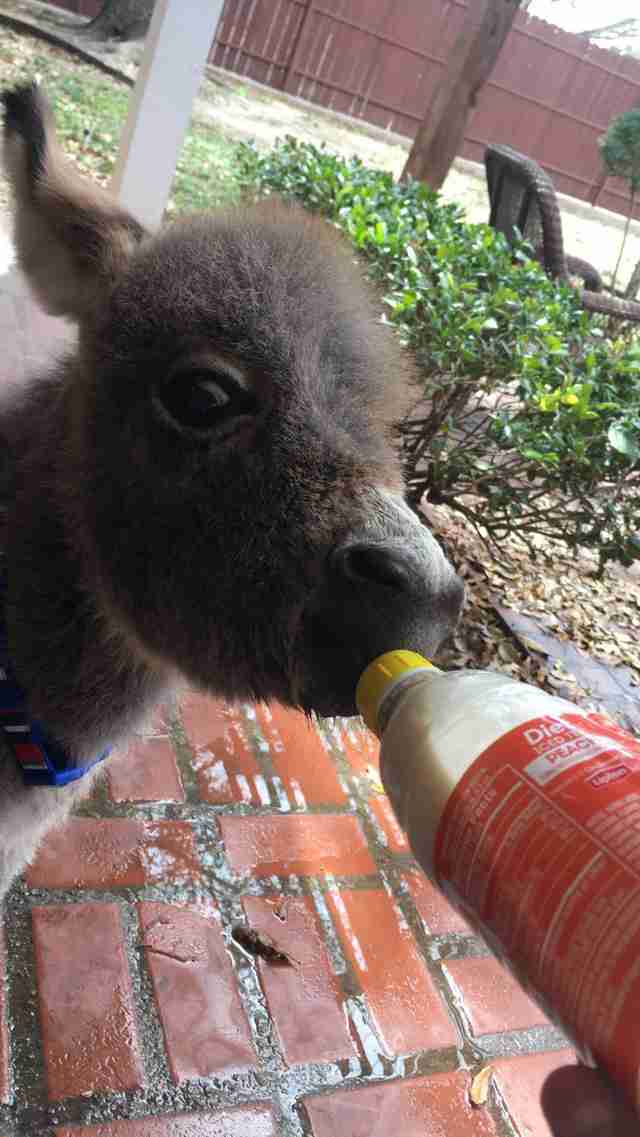 As an animal lover, she could not allow the baby to die. This is the story of Payton’s first meeting with her new pal Jack. As you might have expected, the first night was very touch and go.

No one knew if the animal was going to make it through the night. She spent the evening cuddling with him and reassuring him that everything was going to be okay. Payton fed him, sheltered him and soon, a bond began to develop.

“This was the first time I have ever taken care of a donkey,” according to Dankworth. You would think that she was an old pro, though. 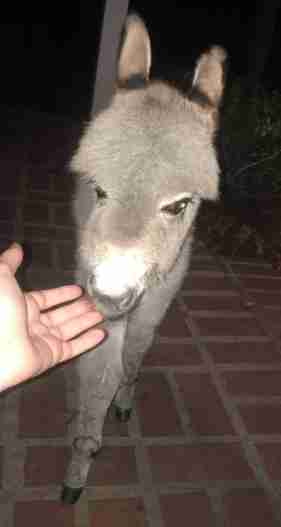 This is one young lady who already has strong maternal instincts. While most did not expect Jack to survive the first night with her, the donkey started to grow stronger and stronger. 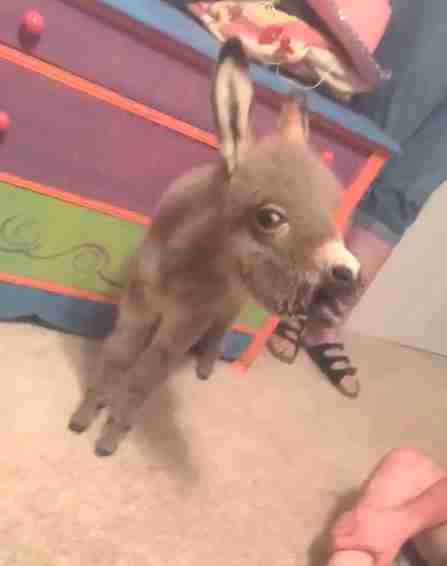 He depends on his mother but she is more than happy to be there for him. If he needs his bottle, she is on hand at a moment’s notice. She also gives him lots of hugs and love. 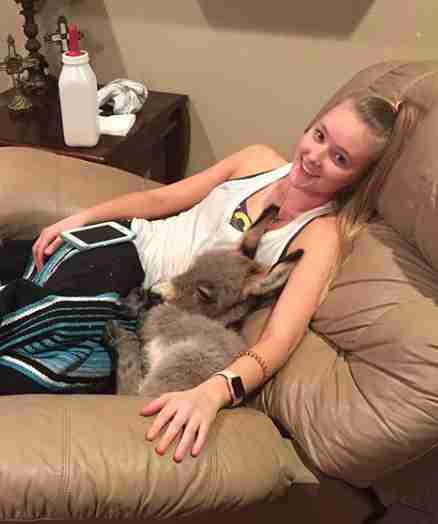 Jack now has a whole new lease on life. He is enjoying himself in ways that no one ever thought possible. If you would like to see more of his adventures with Payton, be sure to check out the video below. He is now a member of the family and we are glad to see that Jack has finally found himself a forever home! Please share away, everyone.