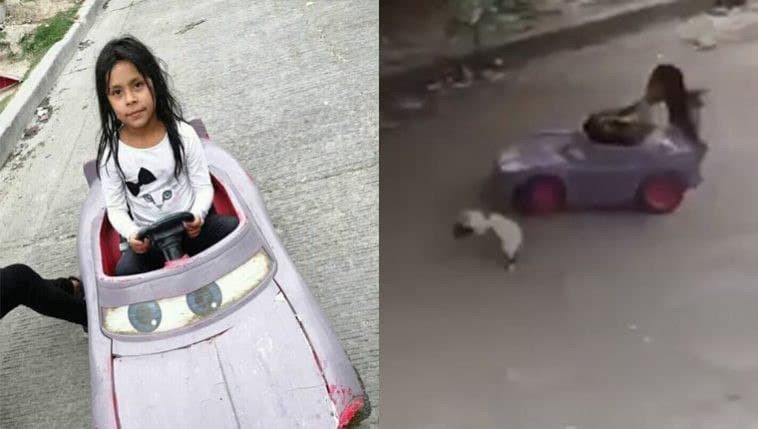 In recent days, no doubt, social networks have been bombarded with a new meme. A beautiful little girl “riding” a toy car and wearing a kitten print t-shirt. So it is! The girl ran over a cat and ended up getting known on the internet.

The video went viral and yielded hundreds of memes. On the other hand, there are a lot of people looking at the image without understanding what it is about. Well, let’s go to the explanations about the curious case. First of all, it is worth remembering that the cat was not seriously injured. And, of course, the hit by accident was unintentional.

In a video, a cat is standing in the middle of a slope, looking down the street. We then hear a scream and a stroller appears on the screen, with a girl driving. She is speeding and clearly out of control.

The “driver” yells to alert the kitten, but it is too late. She hits the animal, which turns several times in the air and runs away scared. The little girl crashes the car, spins on the track, crashes again across the street and, as if by magic, the cart is lined up again to continue down the hill. 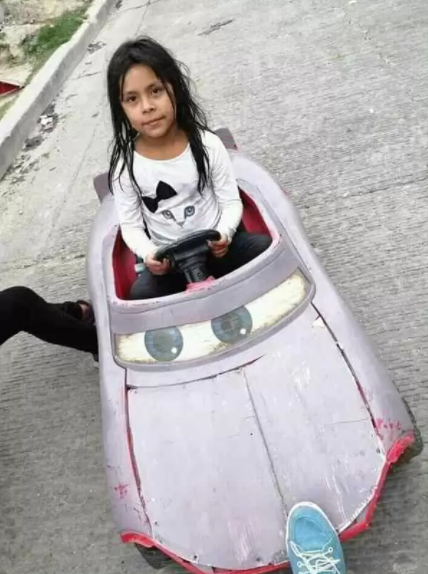 Miraculously, both the “pilot” and the animal were just scared. After the video was posted on the internet, it didn’t take long to go viral. Anyway, hours later, the little girl wearing a cat t-shirt and who ran over a cat, printed the social media feeds.

When the thing reverberated a lot, pictures of her started to appear. So, when you see this image, you will already know what it is about. The little runner used a car from a Disney character from the movie “Cars”.

The most ironic thing is that she was photographed, still in the cart, wearing a t-shirt with a kitten print. In the end, as everyone is doing well, the video ended up winning Brazil.