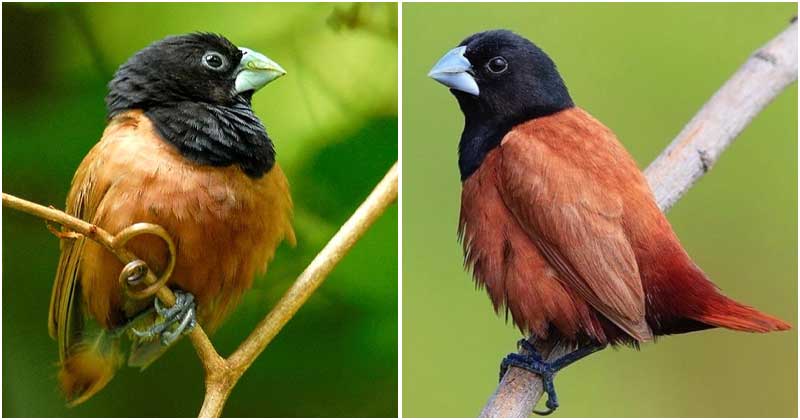 Chestnut brown and black can shine. This subtle combination can give a bird a striking look, making it conspicuous in the world of birds. Sometimes, there is no need to be colorful to be noticed. Let’s admire beautiful pictures of the chestnut munia below to know why! 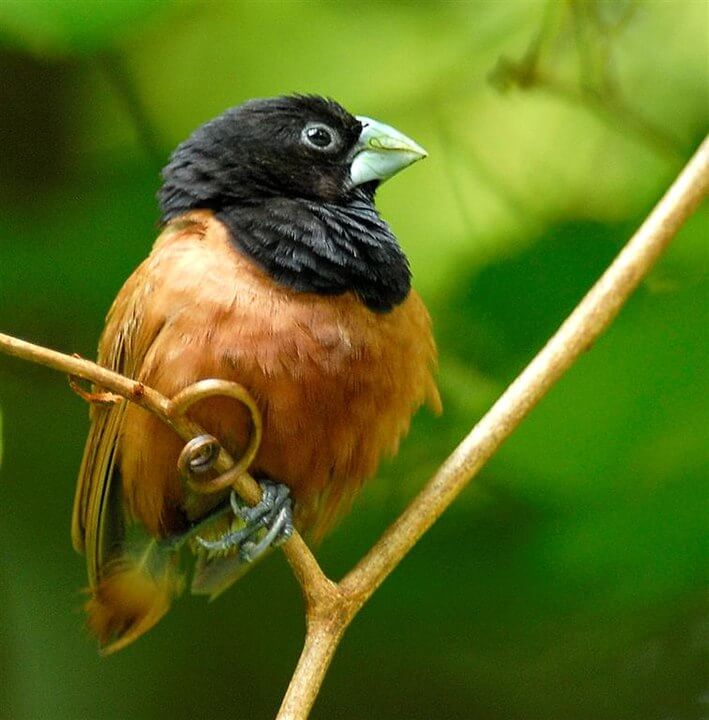 The chestnut munia (Lonchura atricapilla) is also called the black-headed munia. It’s a small passerine bird that is only 11-13cm in length. However, the plumage of this species can make a name for itself. 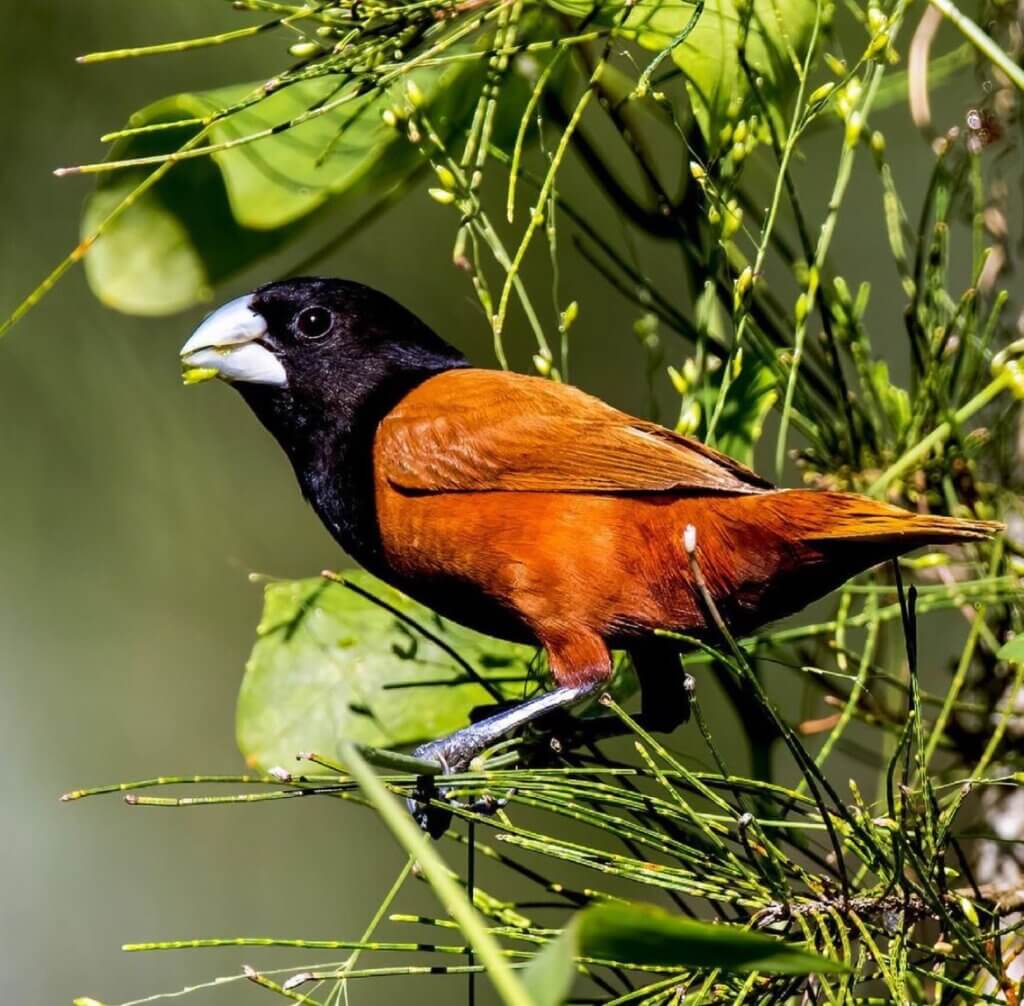 This bird is beautifully covered in chestnut brown that turns rufous red at the rump. Meanwhile, the face, head, and throat are midnight black, creating a stunning contrast on its suit. Both sexes have this coat. 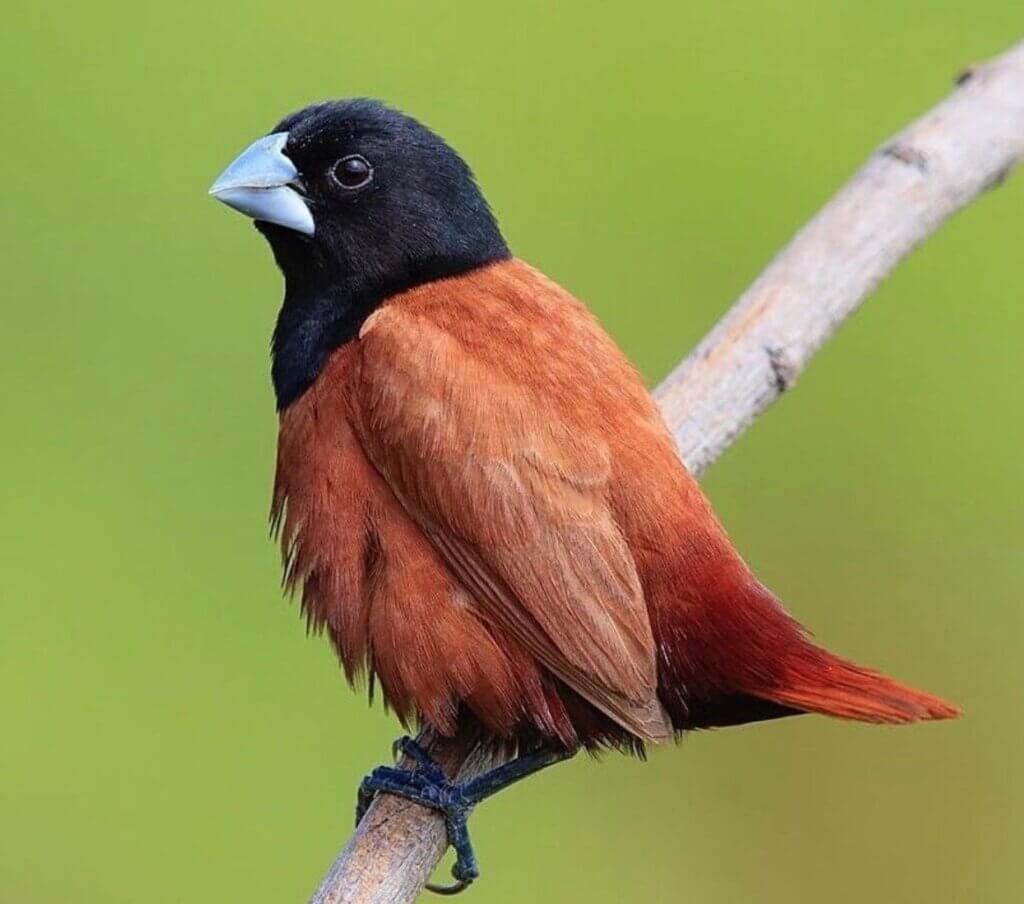 Unlike adults of the black-headed munia, the females are paler and lack the black hue on their heads. 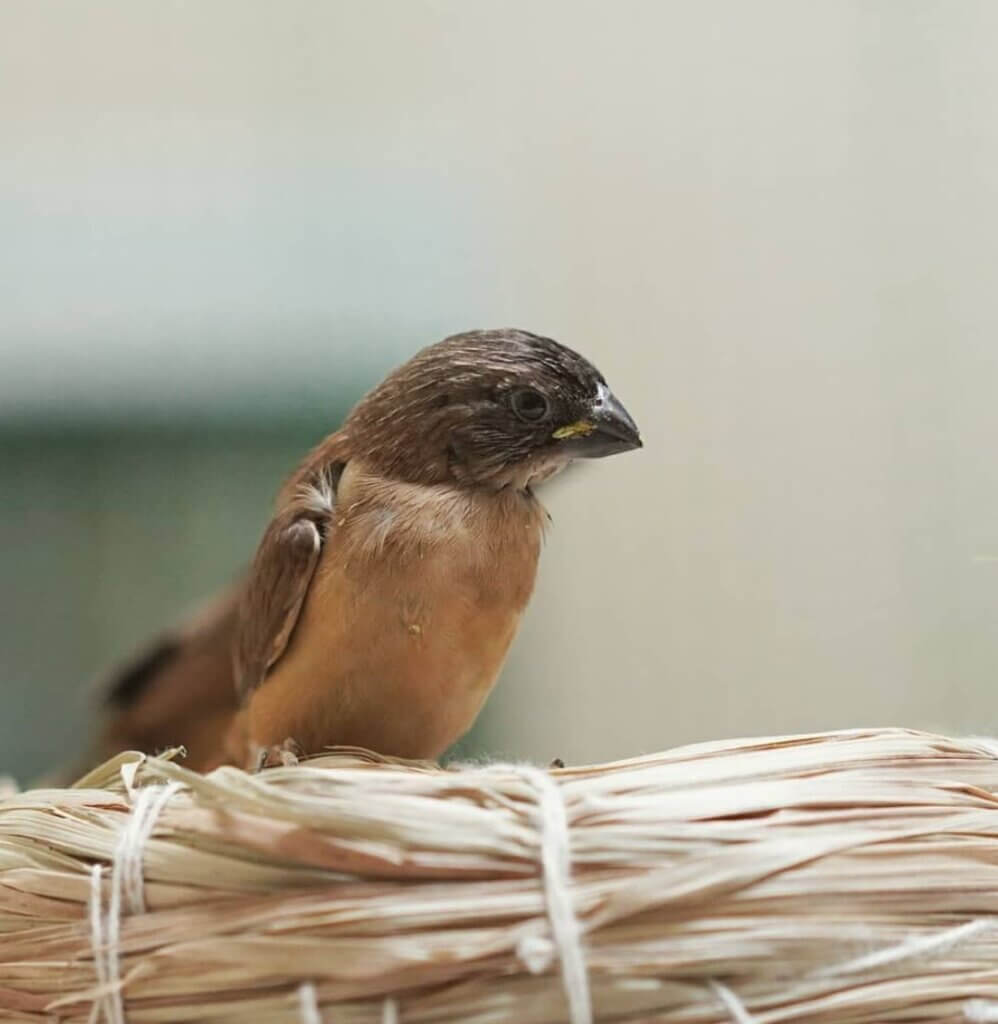 You can watch the video of this bird below!

This species has a large range. They distribute in Bangladesh, Brunei, Cambodia, and China, as well as many other parts of Southeast Asia. They can also be found in the Greater Antilles and Martinique. 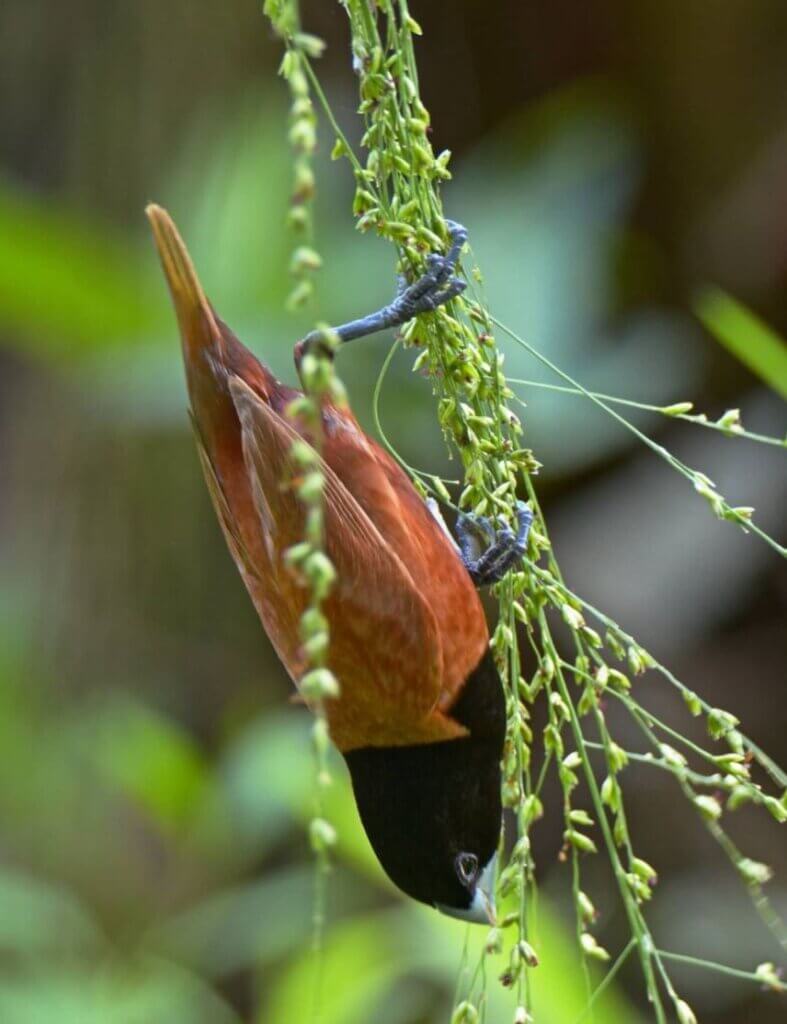 Thanks to the large scale, the population of the chestnut munia are stable. 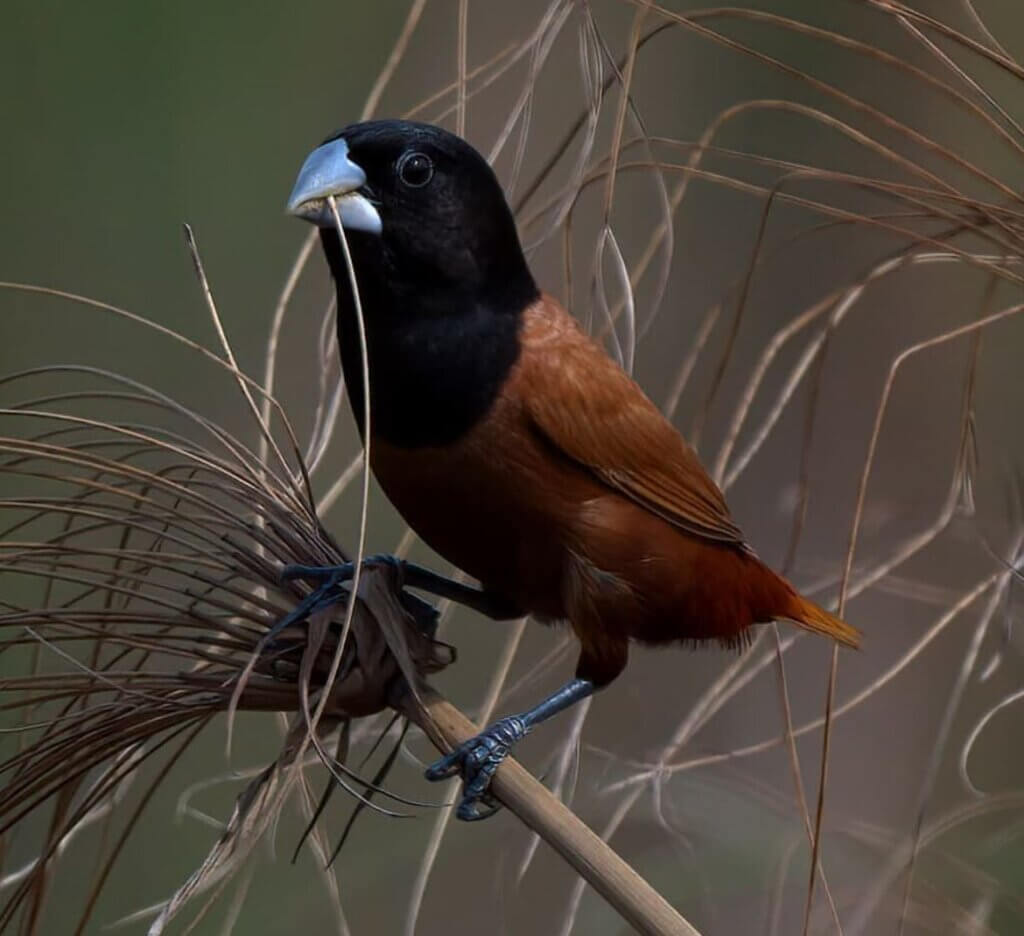 Regarding the diets, these beautiful brown birds feed on grain and seeds that they forage on open grasslands and cultivated areas – their favorite habitat. 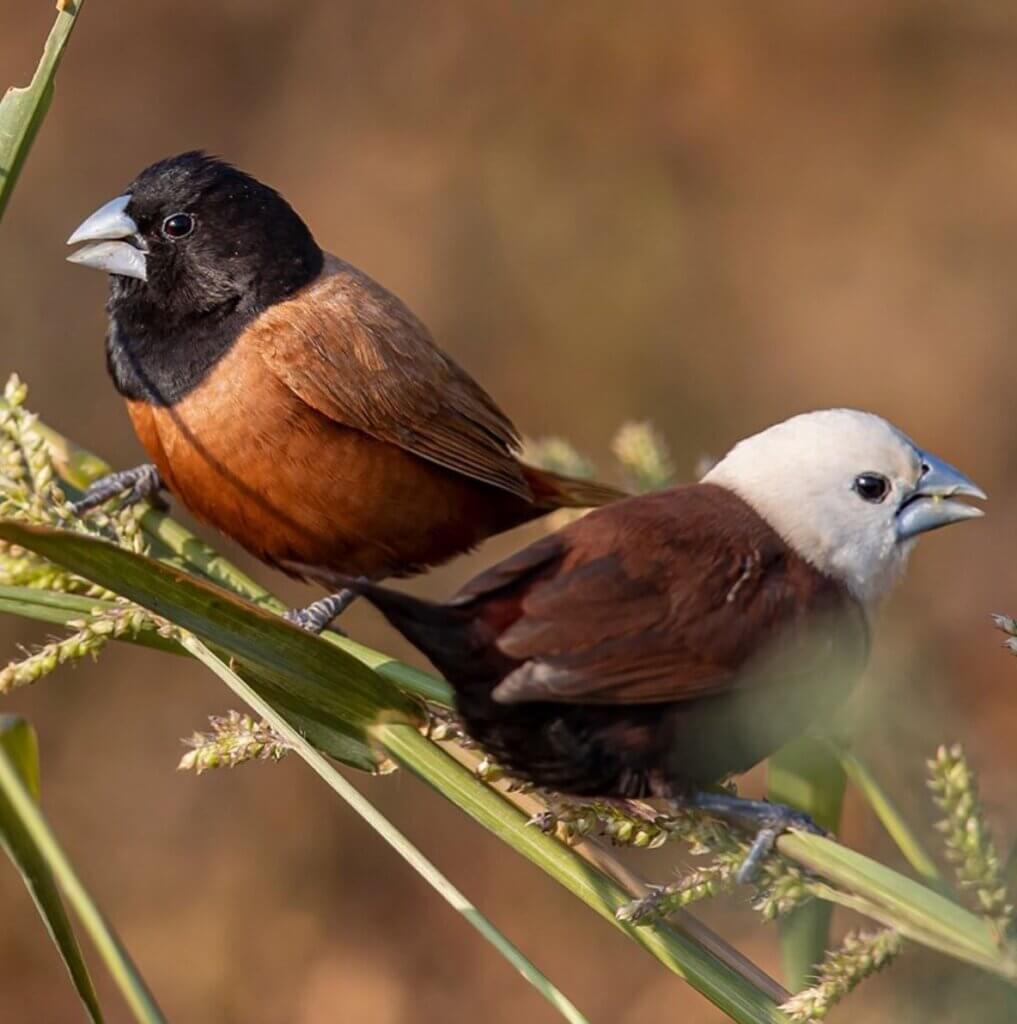 The breeding season of this species varies in regions. For example, in Malaysia, they breed from December to October. After finding her mate, the female builds her dome-shaped nest and lays 5 eggs inside. This nest is made from grass and placed in a suitable bush. She then incubates her eggs for 12 to 15 days and feeds young birds when they hatch. Noticeably, the male joins the female in these processes. 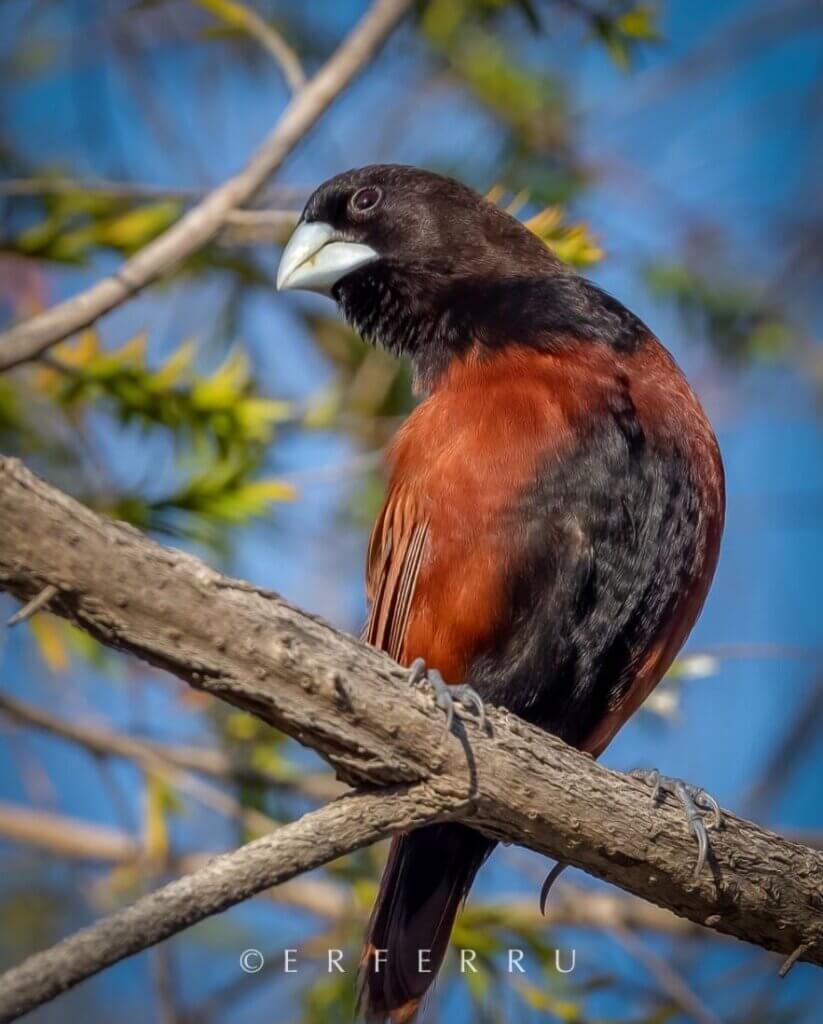