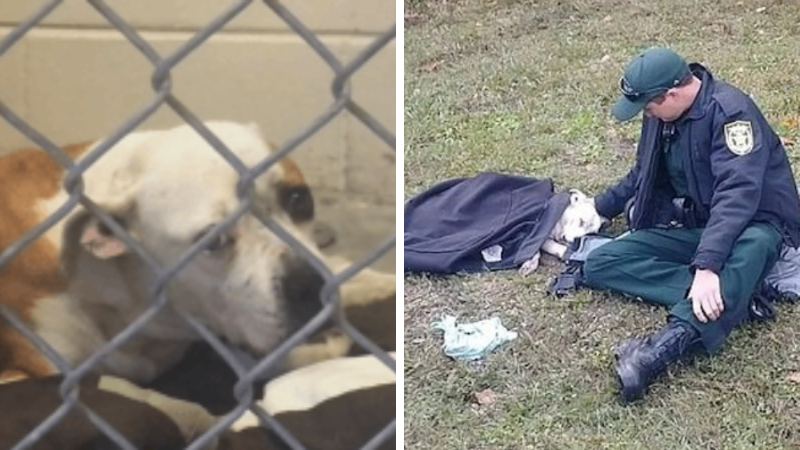 A picture of a police officer from Florida, comforting a dog after it was hit by a car has Takes Over Social Media and touched countless people on the internet and yes, she survives! 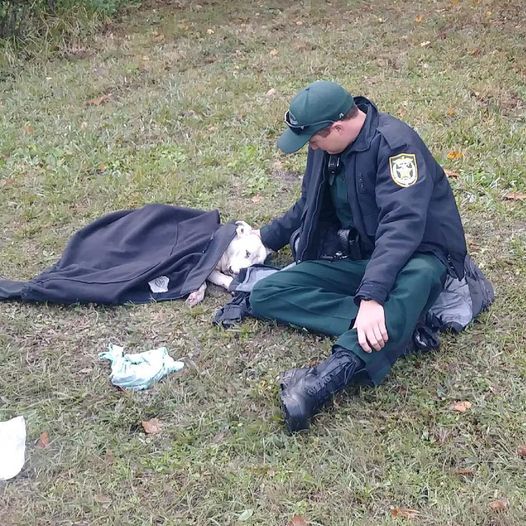 Osceola County Deputy Josh Fiorelli went “above and beyond the call of duty” as he was seen sitting beside the injured dog warm, petting with his hand on her head and, according to WFTV, placed his own coat over her to make sure she was warm.

Fiorelli has no idea that anyone was looking while they were waiting for help, A passerby reportedly took the photo after witnessing the kind act because the canine was getting full attention from the cop until animal control arrived. 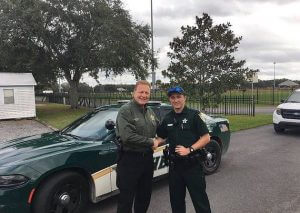 The officer said: ”It was cold out. She was wet. She didn’t have anyone there so I dedicated to being that person’

That act of kindness was such an unusual sight when Carlos Irizarry captured the moment on camera while he was walking his own dog on his morning route. 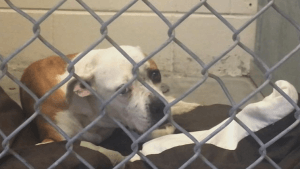 She has no collar or microchip, and her leg became dislocated in the accident. She’s being monitored at Osceola County Animal Shelter so they’re having issues finding her owner. The pooch is expected to make a full recovery after surgery to correct her leg.

law enforcement officer warm gesture was also appreciated by the Osceola County Sheriff’s Office, The sheriff posted a personal thank you to the Deputy Sheriff Josh Fiorelli online for “serving with care and compassion,” according to reports.