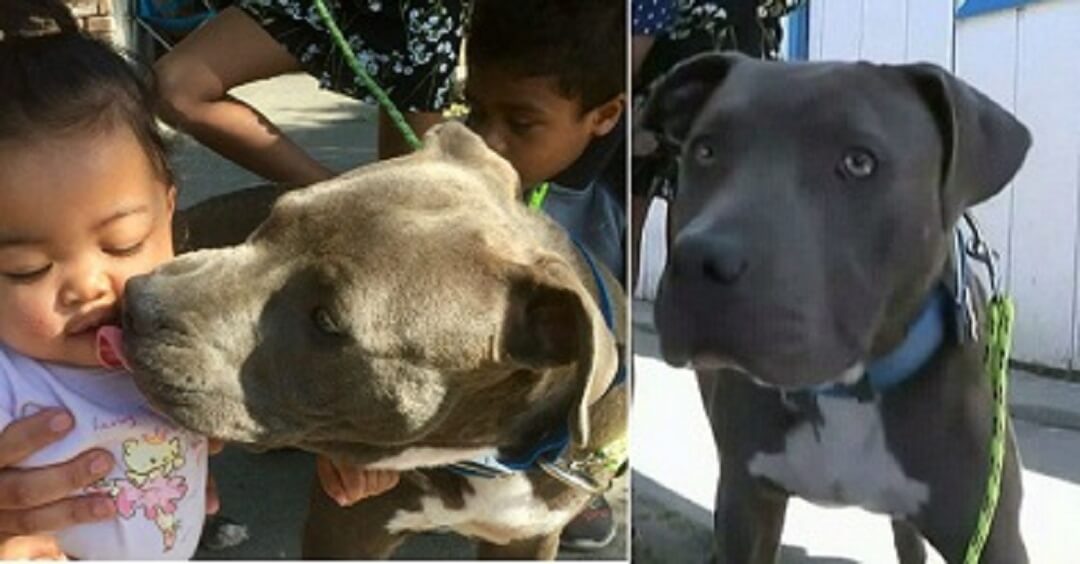 Sasha, an 8-month-old pit bull, was sitting outside of her Stockton home on June 3 when flames began to engulf the four-plex that her owner, Nana Chaichanhda, and her family live in. The quick-thinking pup jumped into action and alerted her owner.

Nana Chaichanhda said that she let Sasha in and the young puppy started “barking at me like crazy and I was like, ‘OK, this is weird. This is not like her.” 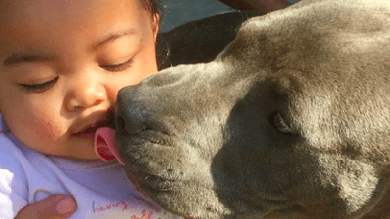 Latana Chai is the proud mom to a cute seven-month-old baby named Masailah and an adorable pit-bull puppy named Sasha. The two were born within a few days of each other, and because of that, they have formed an incredible bond. Sasha would do anything for little Masailah. 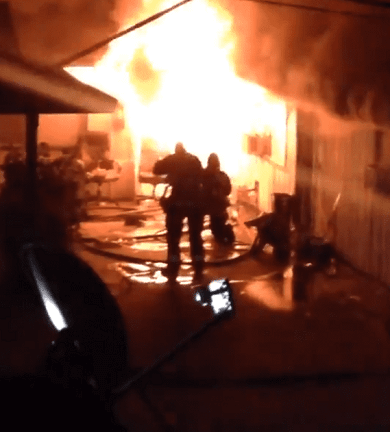 “My neighbors home was totally destroyed, and the fire was quickly spreading to my unit,” the mother wrote. “[Sasha] was trying to warn us of the fire. I got out of bed to see what was going on. At that moment I opened the back door and Sasha ran into our home, straight into our bedroom.” 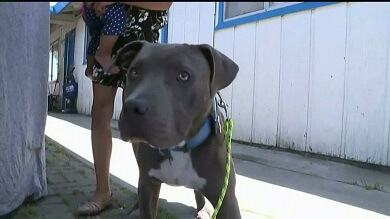 The mum-of-three then ran back inside to see Sasha pulling her seven-month-old daughter, Masailah, off the bed “by her diaper.”

She wrote: “I ran into the bedroom, where Sasha was already dragging my 7-month-old baby off the bed by her diaper. 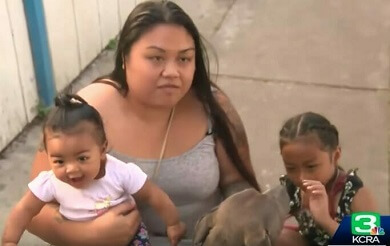 The fire left their apartment uninhabitable, but if it was not for Sasha’s early warning the family may not have made it out alive. 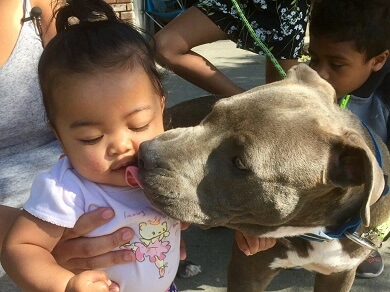 Sasha’s owner says she hopes her dog’s courageous acts help to change the negative perception of pit bulls. “I owe her everything. If it wasn’t for her, I would have still been in bed and things could have taken a worse turn,” she said.