How To Remove Gout And Joint Pain (Uric Acid And Crystals) 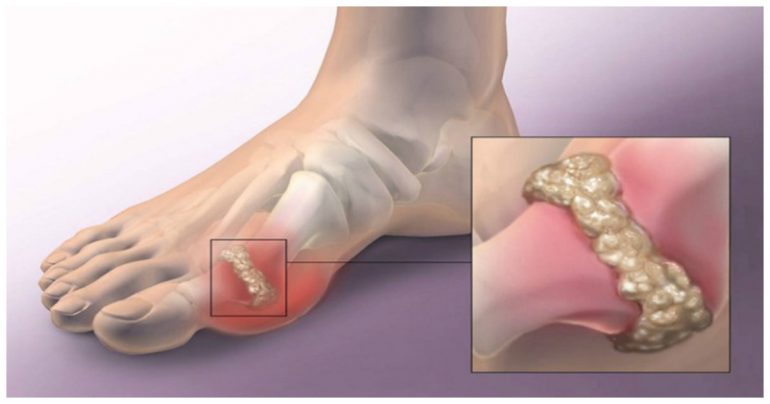 The accumulation of uric acid in our body, can cause the appearance of gout which is a type of arthritis, and this is followed by the crystal formation around and inside our joints. Mostly this issue is causing a lot of pain in the joints and inflammation.

Most commonly this disease is treated with anti-inflammatory drugs that are non-steroidal. But too much of these drugs can lead to very unpleasant side-effects.

If you are dealing with this issue, but you want to treat it naturally in order to prevent from the side-effects of these drugs, read below and find out how to do that.

There are certain foods we consume, that are very high in purines, which is a substance that is later turned in uric acid inside our body. The purines are very needed by our body because they are healthy, and they are useful for our DNA replication.

If your diet contains a lot of proteins, the risk of developing gout is rapidly increased, because foods such as salmon, red meat, organ meat, sardines, oily fish and herring, beans, peas, and lentils are very rich with purines. So, in order to prevent from gout, you need to reduce the consumption of these foods.

If you want to use the fructose as an energy source, first your body needs to make it from fructose into glucose. And the converting process is also followed by the creation of uric acid. Therefore, if our uric acid levels are increased, this stimulates the production of the nitric oxide, and the nitric oxide is lowering our blood pressure.

Too much fructose consumption will result in LDL (bad cholesterol), which later is stored as fat in our body. But not every fructose is the same, because the fructose in the fruits is not the same, it is completely different from the one is constantly added to drinks and foods.

The effects from the fructose that is added in to drinks and foods has been proven by scientists. There was a recent study which was published by the Journal of Pediatrics, in the study there were 5,000 participants (all of them were teenagers), and the study has shown that the more fizzy drinks or juices they drank, their uric acid levels and blood pressure went higher ant higher.

Also another study was done, in which there were 46,000 participants (men only), the study lasted for 12 years, and was published by the British Medical Journal (BMJ).

Another study was done for more than 22 years, in the study participated 80,000 women, from which 778 at the end of the study had gout.

The risk of developing gout was two and a half times higher for those women who drank 2 or 3 sugary drinks on daily basis.

To reverse the condition, or to prevent from its development, you just need to:

Share this article with your family and friends if you find it interesting and helpful!