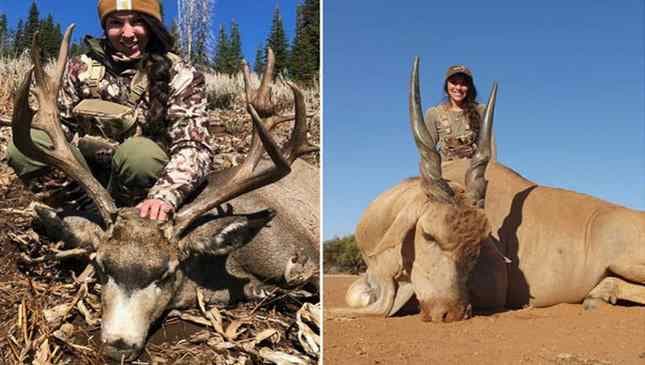 An American nurse was criticized on social media for her hobby. In short, she participates in hunting around the world and displays cruel trophies on the internet . The hunter publishes pictures of beautiful animals killed in the works and makes many people angry.

It ended up being known due to the number of people who spoke out against it. In short, she practices blood sport in South Africa and the United States. 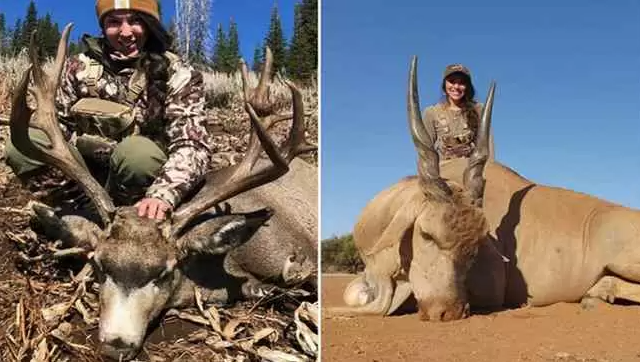 Among the animals killed by her, who hunts with her companion, are bears, wolves and other beautiful and enormous beings. After killing the animals , she poses beside the bodies, smiling, proudly. 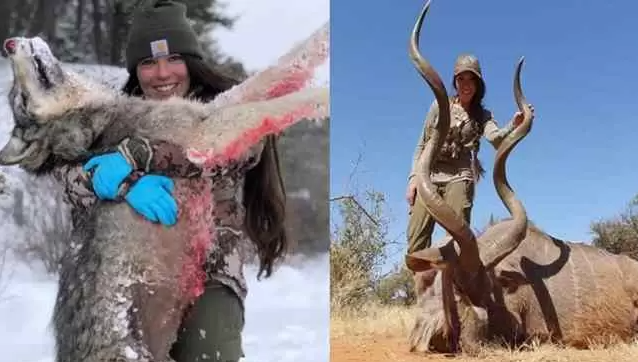 Due to the great amount of criticism, the hunter tried to defend herself and to justify the acts. She said, finally, that she hunts for food and not for fun. She said she will not give up on the activity, as it would bring great family moments.

The criticism continued, but she did not surrender and said that the moments brought in the hunts are very important for her. On the one hand, she works for life because she is a nurse. On the other hand, he spends time killing large animals for fun. But, according to her, it is not for fun.

In the photos, for example, she shows how big the animals are, placing ammunition from the guns to compare the size of the wolves’ teeth. In another image, she places her own hand next to that of a slaughtered bear. 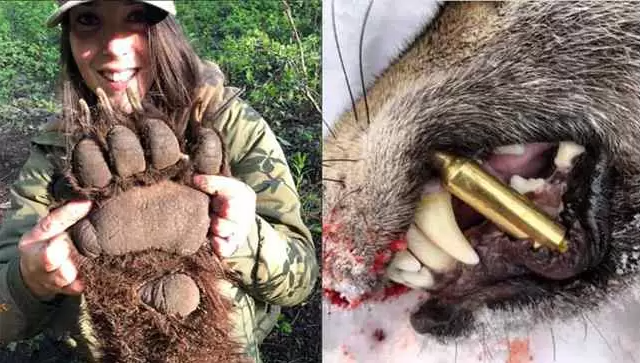 If this is not fun and pride in taking a life in such a cowardly way, it is difficult to know what is. It is one thing to eat meat due to nutritional needs, as long as it is without excess. And another thing is to slaughter animals in the wild and use their bodies as trophies. 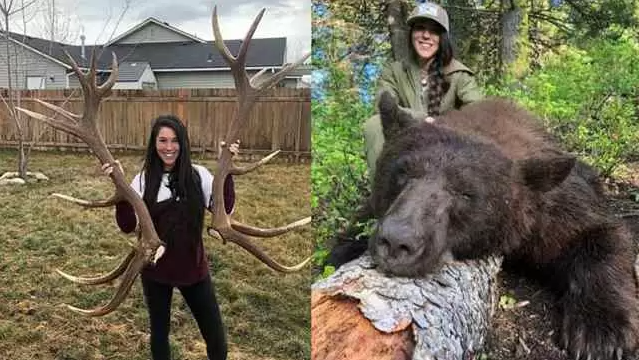