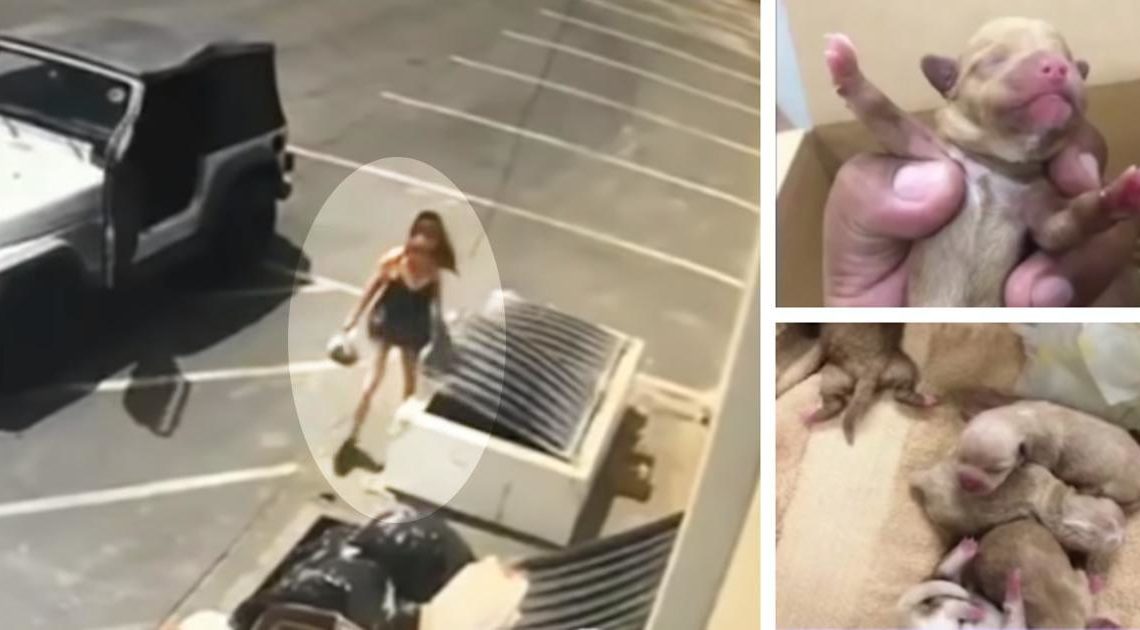 In April 2019, a woman was arrested in Coachella, California, after she was caught on a surveillance camera throwing out seven puppies into a dumpster.

John Welsh, a Representative for the Country Department of Animal Services, confirmed to NBC News that the video depicted a dark-haired woman wearing a skirt dump a sealed bag into the dumpster. A Passerby, identified as “John”, noticed the bag about 15 minutes later. The puppies were believed to be terrier mixes. 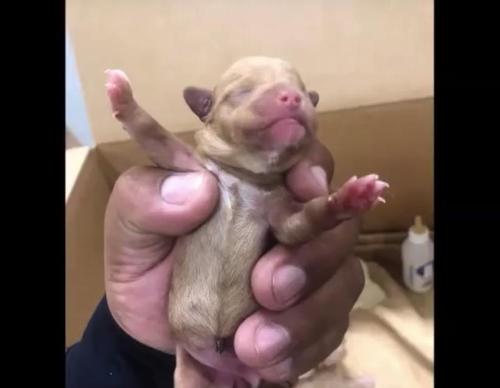 John then went on to take the puppies to a nearby air-conditioned store, as the temperature that day was climbing above 90 degrees. Welsh admitted that he doubted the pups would survive if they stayed in the bin for much longer, with one of them dying only a few days after they were found.

Calwell was eventually identified by the authorities and was taken into custody. She was charged with seven counts of animal cruelty, a felony in the state of California. Furthermore, when police arrived at the Calwell residence, they found shocking and horrific living conditions for 40 more dogs. The puppies left to die in a plastic bag were not the only victims.

Inside the home, the suspect was hoarding 38  dogs, most of which were suffering from malnutrition, health problems, and filthy, cramped living conditions. Rescue workers noted that if you looked into their eyes, the dogs appeared fearful and very nervous. They’re obviously not used to being handled or walked on a leash. 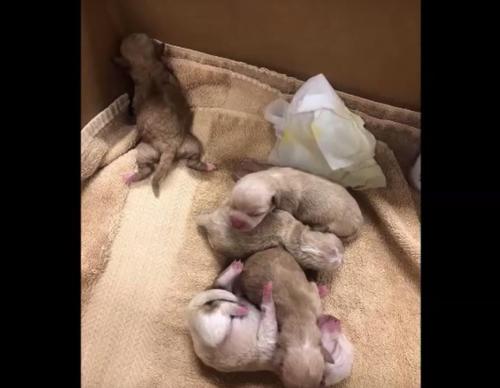 Calwell’s initial bail set at a paltry $10,000, which was posted by Calwell and all the dogs were subsequently taken into custody. However, city prosecutors asked the judge to raise the bail, due to the serious nature the crimes, as well as the staggering number of dogs that had been abused.

According to Desert Sun, Joseph Cavanaugh, Calwell’s attorney, argued in court that the bail should not be raised because, as he put it, “puppies aren’t people.” The bail, however, was increased to $50,000 anyway.