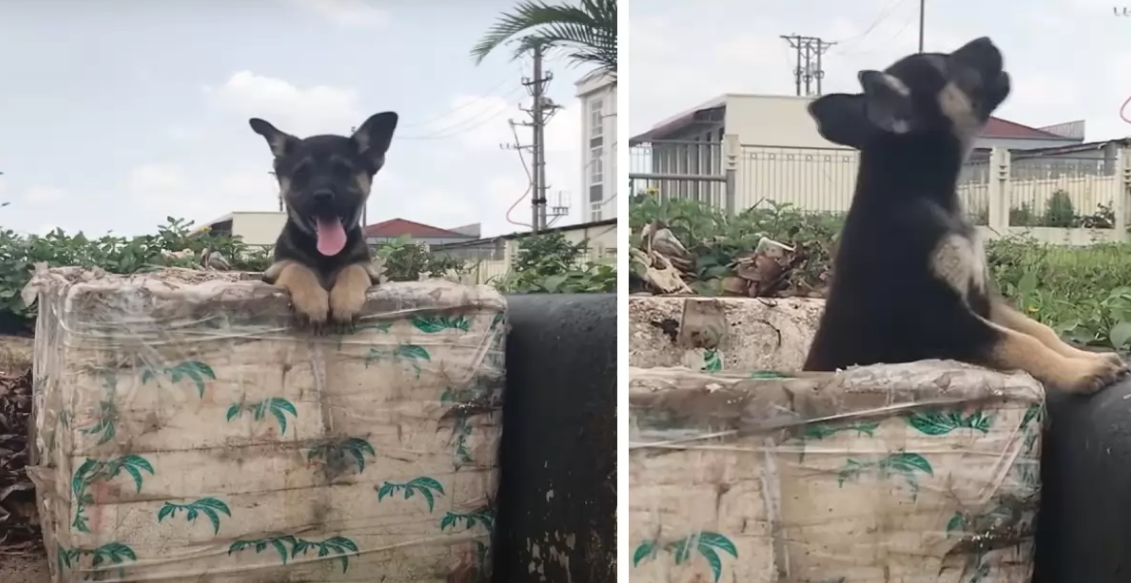 This video is proof that there are still good samaritans in this world. This poor, helpless puppy is stuck in what appears to be some type of concrete block between lanes of busy traffic. 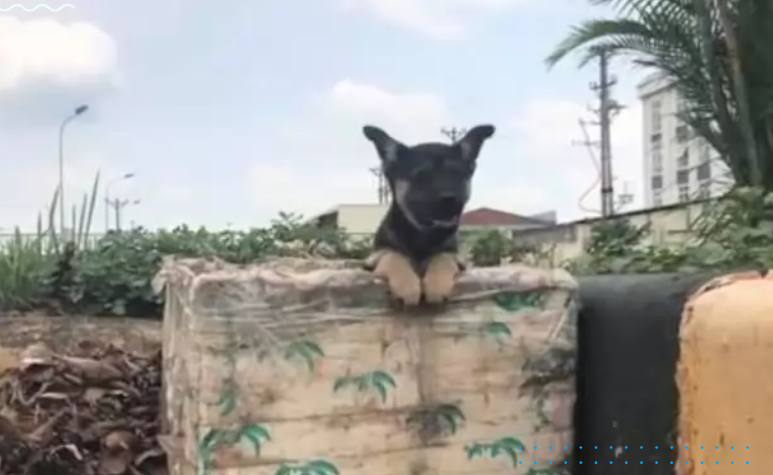 The poor puppy looks terrified as he watches cars flying by him on both sides. After what feels like an eternity, the poor puppy seems resigned to his dire situation and almost appears to give up. 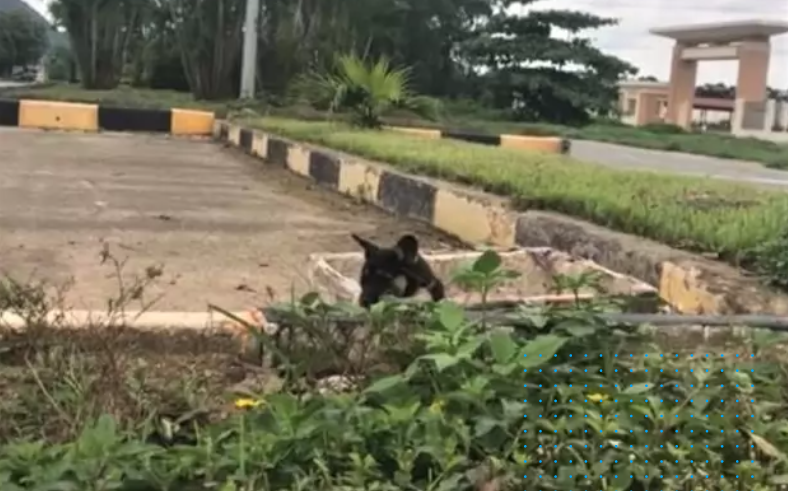 Finally, we catch a glimpse of a man who has stopped his vehicle and is running towards this poor puppy. 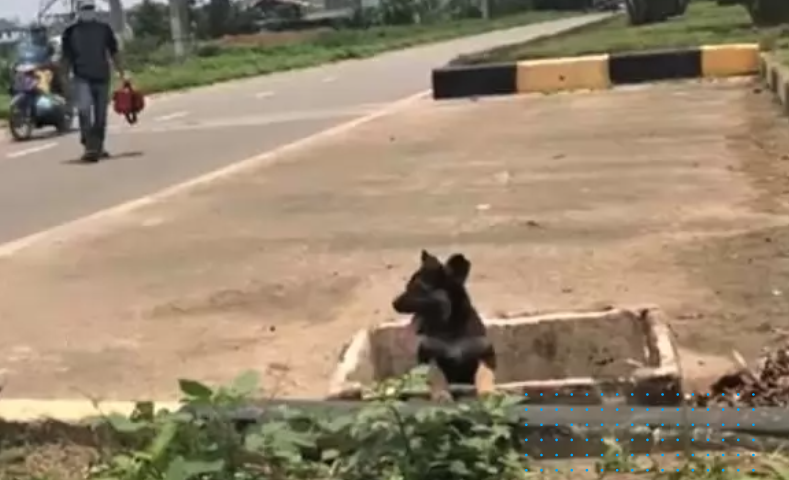 Why would someone abandon a puppy?

While watching this video, I couldn’t help but wonder what could possibly cause someone to abandon a puppy.

Perhaps the puppy’s owner passed away and there was no one to care for him. Or, maybe the owner couldn’t afford to care for the pup. There is also the possibility that the owner wanted to surrender the pup, but shelters were full, and they thought the pup’s best chance for survival was off on his own. 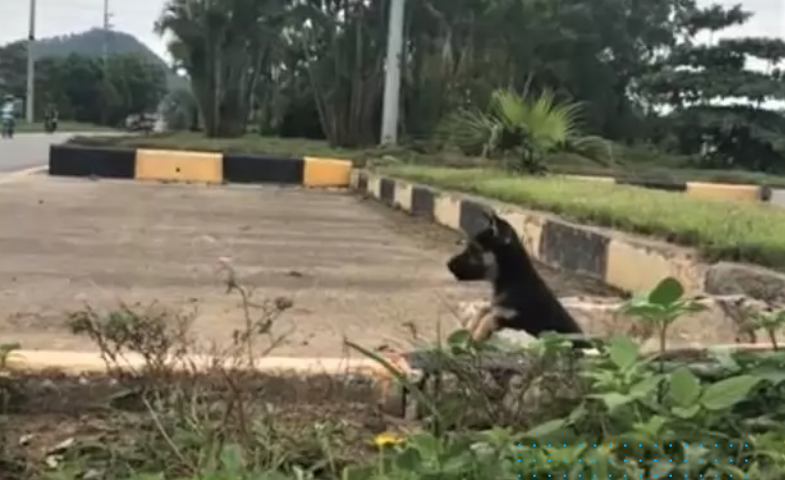 The statistics are staggering.

Whatever the reasons for this puppy being abandoned, sadly, this happens a lot more often than people realize.

According to DoSomething.org, only 1 out of every 10 puppies born will find their permanent home. That means 90% end up homeless or abandoned! This number is horrendous and is why so many organizations encourage everyone to spay or neuter their dogs and adopt one out of a shelter or rescue instead.

Due to shelters being overcrowded or full, a staggering 2.7 million dogs and cats are euthanized every year, according to DoSomething.org. 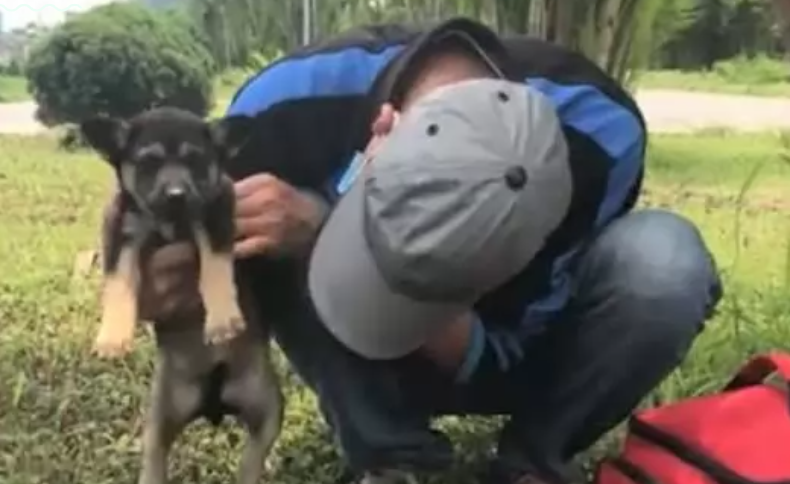 One of the lucky ones.

Because of this good samaritan, this puppy will not be one of these statistics. Once the man approaches the puppy, he quickly frees him and checks him over. Once he determines that there are no visible injuries, he proceeds to give him some water and then takes him home with him. 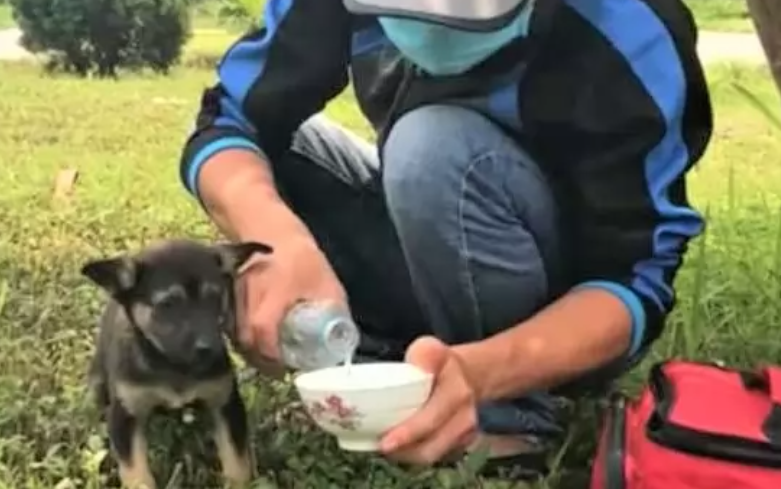 Although the puppy is somewhat cautious, he is also hungry! The pup appears to bond quickly and easily with the man, eating out of his hand.

Consideration before adopting a dog.

Seeing the staggering statistics for abandoned dogs, one must think long and hard before deciding to add one to their family.

Since a puppy can be a 10-15 year commitment, it is important to consider the ages of all family members. Puppies have notoriously sharp teeth, so if you have an infant or very young child in the house, you may want to consider waiting.

Also, on the other end of the spectrum, if you are elderly, keep in mind your physical limitations in being able to care for a pup as time goes on.

It is also important to consider your current schedule and whether or not someone will be home to give the puppy the love and attention it deserves. A puppy can also be expensive. Food, toys, and veterinarian bills can quickly add up, so, please take those bills into consideration before adopting a puppy. 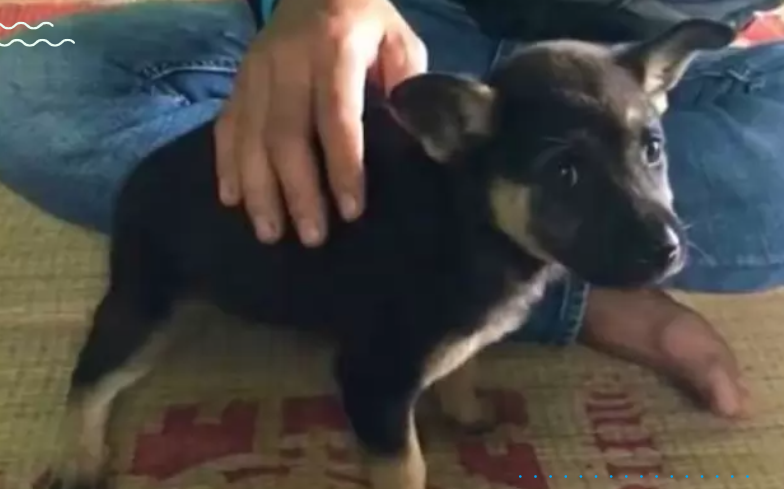