Man Finds A Very Friendly Cat In His Garage While He’s Trying To Fix His Jeep But He Doesn’t Own a Cat! 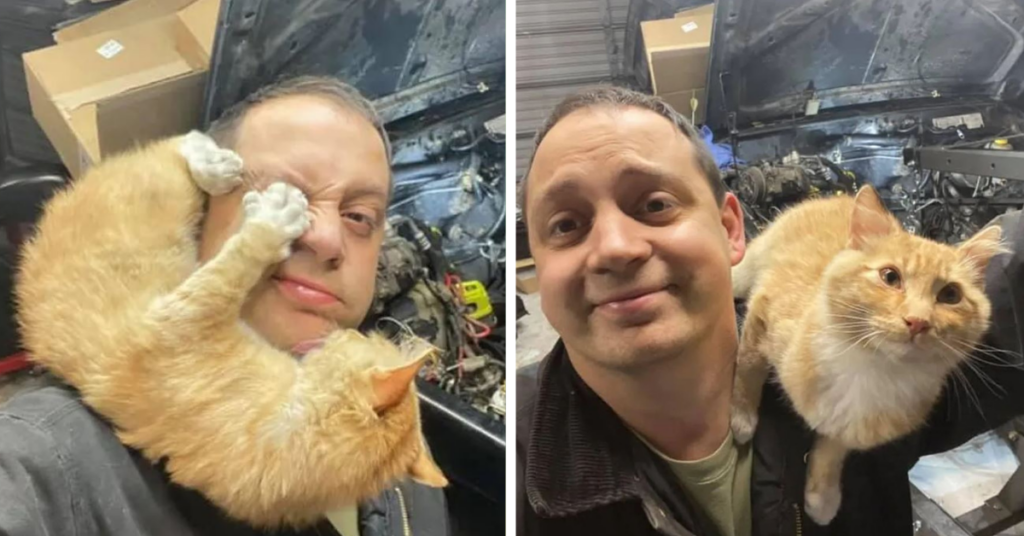 WHILE HE WAS QUIETLY WORKING AWAY A CAT CASUALLY WANDERS INTO HIS GARAGE, ALL THE WHILE ACTING AS IT WAS HER OWN.

While working on his jeep in his garage towards the end of last year, Steve Hamel, a photographer was about to embark on a rather interesting, and unexpected adventure.

While Steve was quietly working away, a cat casually wanders into his garage, all the while acting as it was her own. Quite nonchalantly she wanders around, inspecting every nook and cranny, eventually ending up in the Jeeps engine bay. “I’m just trying to fix my jeep. I don’t even own a cat,” he said. 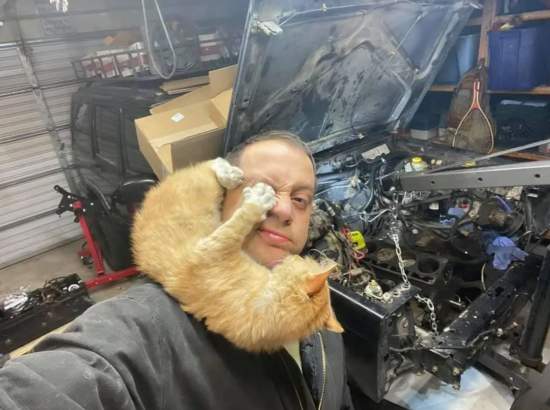 Steve had never seen this cat before and no idea where she had come from. However, he quickly succumbed to her feline charms as she clambered onto her shoulders for some cuddles.

She even stayed on his shoulder as he walked around his garage, seemingly have decided to make him her very own human. 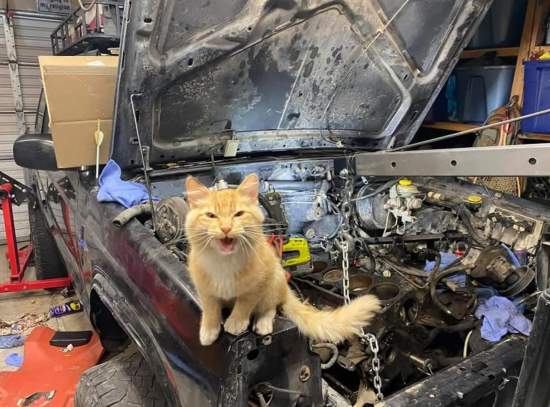 After the tour, she ended up in his toolbox, decided that after choosing her new human. this was to be her new bed.

Steve had not expected to make a new friend when had started work that morning. 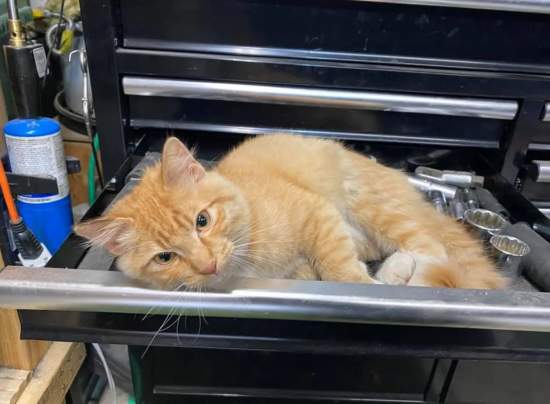 The cat had no intentions of leaving, and in fact, she seemed to want to help get the job on the Jeep done.

Not knowing where she belonged Steve took some pics and made a post which quickly went viral. Though this led to no leads, so the photographer went door-knocking hoping to find her family. 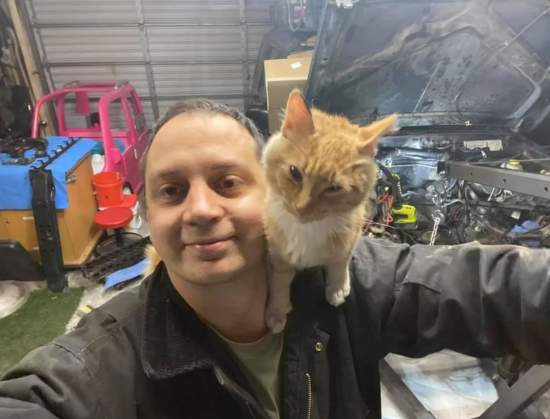 No one came forward to claim her, and by now Steve had very attached so he and his family decided they would keep her.

“If we are unsuccessful we will be keeping the cat. She is quite a love,” Steve said. 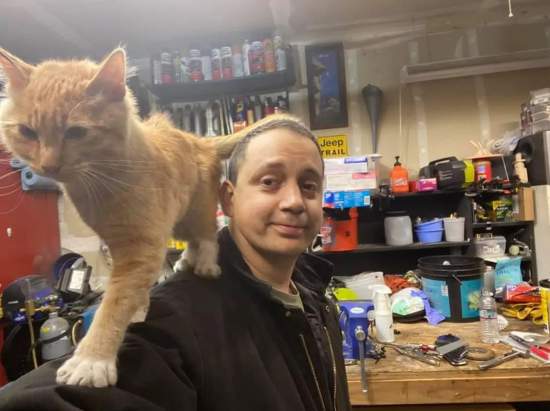 So Steve and his daughter gave their new family member the name Sally and spent a fairly large some on supplies at the local pet store.

“Sally loves to hang out on my shoulders and although she does have a full set of claws that make it painful to do this in the house, my work jacket makes it pretty comfortable.” 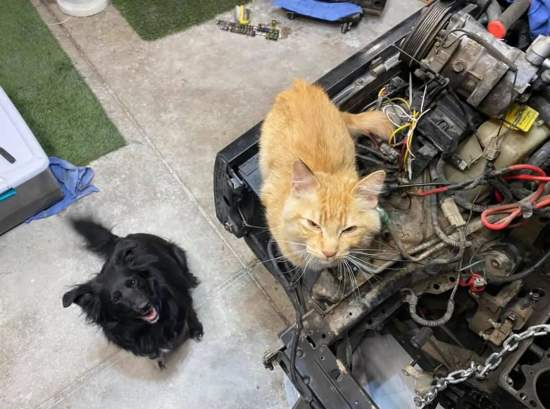 While Sally was settling into her new home, news about her kept spreading through the internet via Facebook. And just a few days after finding her a family who recognized her made contact with Steve.

“We found the owners. These lovely people were reunited with their beloved cat. They lived right around the corner from us and had many heartwarming photos of the cat playing with their daughter,” Steve said. “It felt good to reunite them even though it was heartbreaking at the same time. Although I have a heavy heart, I know we did the right thing.” 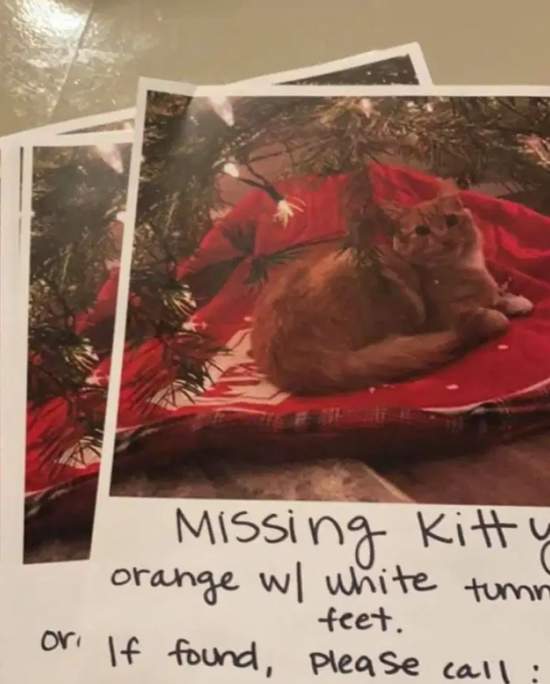 Though Sally had only been in their lives a short time, her departure left a hole in both Steve’s and his daughters heart. A discussion soon began on adding another cat to their family.

“Since we had a cat-shaped hole in our hearts, we decided to adopt,” he said. 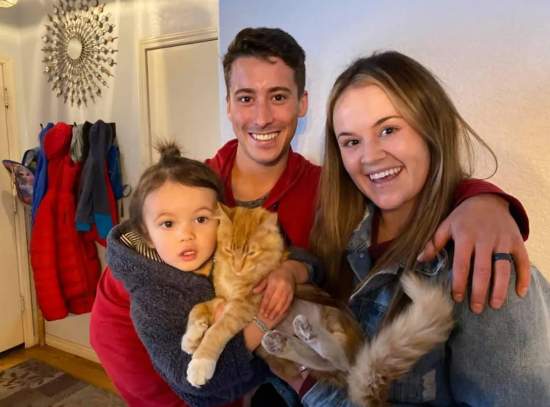 “We wanted a tabby but this one stole our hearts. She’s super sweet and black cats are less likely to be adopted than other cats. We had already made a Sally tag, so this is Sally 2.0.”

After moving in Sally mark two quickly made herself at home. So now Stever and his daughter now have several dogs and a cat that oversees all — a perfect family blended family. 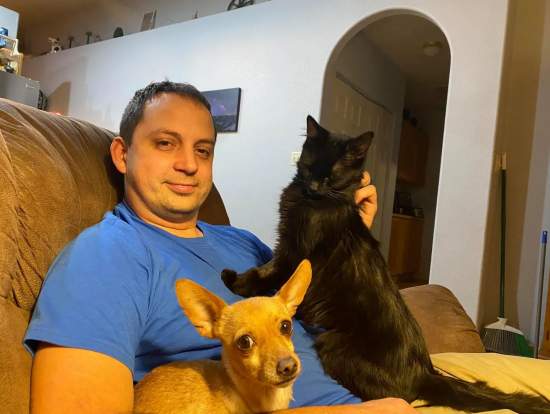 Steve had an unexpected visit from a feline friend one day, a visit that had left some pretty significant paw prints on his family’s heart.

Pawprints that had led him to find a new family member to fill a gap they had not even known they were missing. 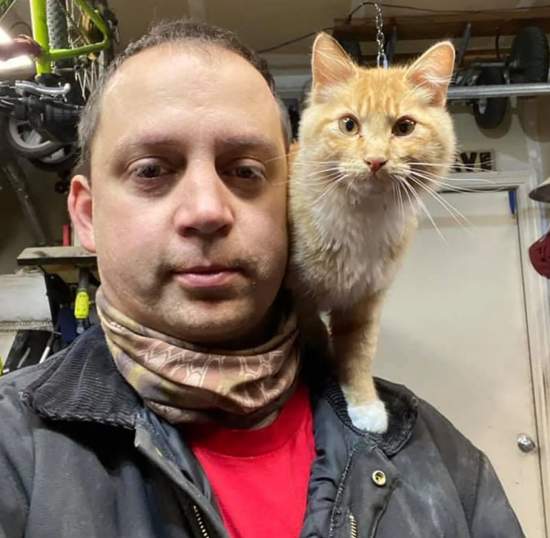