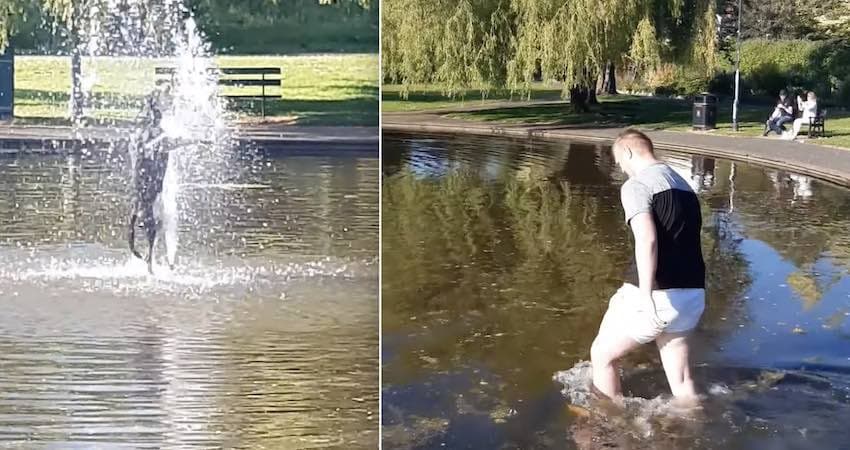 Sometimes walking your dog can be a dirty job! That’s what this young British man learned when he was out with his family in a park.

They are standing by the pond as he reluctantly rolls up his shorts before making his way over to the water.

“It’ll be cold,” a woman’s voice says, followed by a man’s voice encouraging the young man to “go on, get in.” So he does, and as soon as he steps into the murky water and starts wading into the center of the pond, the woman says, “What a hero, a blooming hero.”

That’s when the camera pans over and we learn what all the fuss is about…it’s Bella the naughty dog. She’s having the absolute time of her life playing with the fountain in the middle of the pond. Splishing and splashing, she’s in her own blissful world. No wonder her family was having such a difficult time calling her back!

His family can’t help but laugh as their “hero” grabs Bella by the collar and head’s back to dry land. But just when you think he’s in the all clear…

When the pair finally do make it to shore, the young man looks at the the videographer and says, “You’re enjoying this, aren’t ya?” to which the man off-camera answers with a resounding “yes!”

This funny video reminds us of the epic adventure another dog owner had with recall and a dog named Fenton. Watch that video here.