Man Shocked To Find Bear Relaxing In Jacuzzi, Drinks His Margarita Then Naps 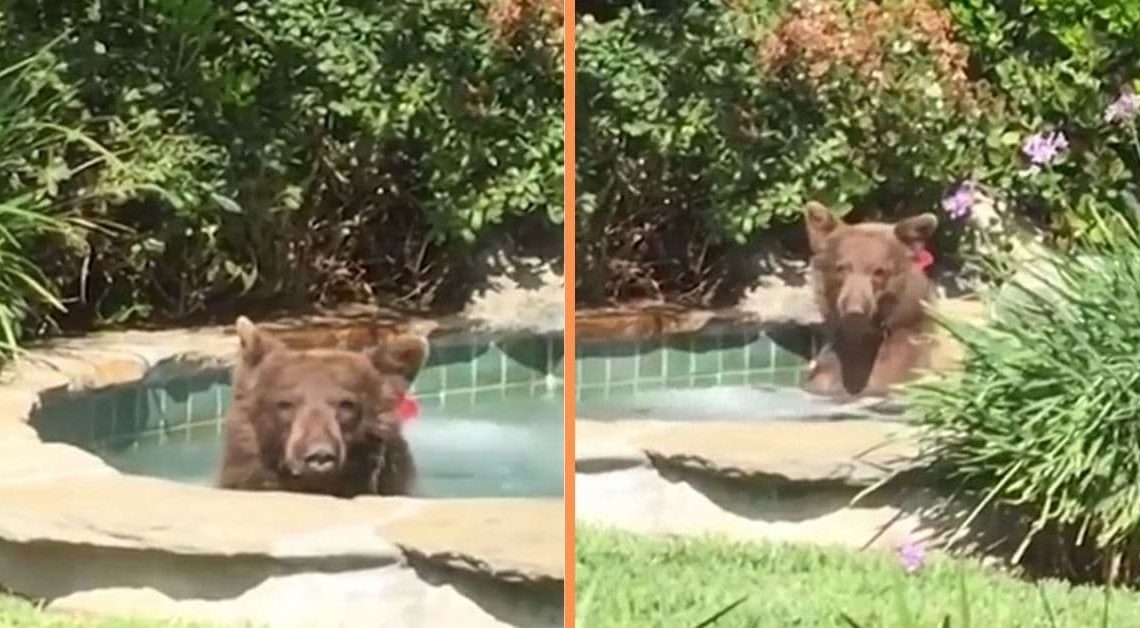 One day, Mark Hough from California was out enjoying a margarita in his backyard when an uninvited guest interrupted his plans.

“So I got up, looked over in the bushes and lo and behold there’ a bear climbing up over my fence.”

Clearly interested in its new surroundings, the bear abandoned whatever plans it had and decided to stay in the garden and have some fun.

Hough, like most of us retreated inside the moment he saw the bear. Later on he had a peek outside to see if the bear was still there, an he almost had to do a double take. 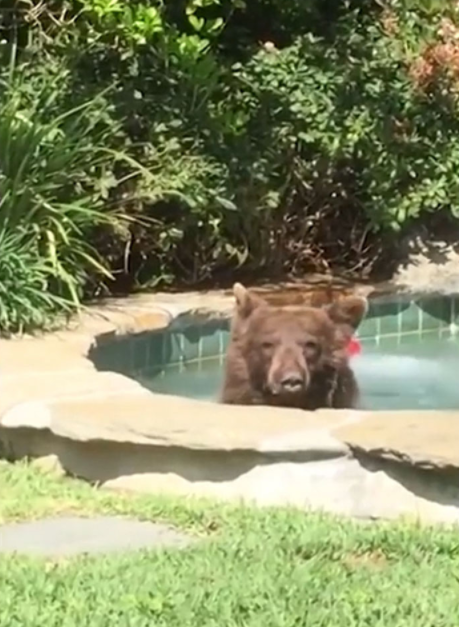 The furry intruder was enjoying itself in the jacuzzi! So Hough decided to record a video, in case nobody believed the crazy story! 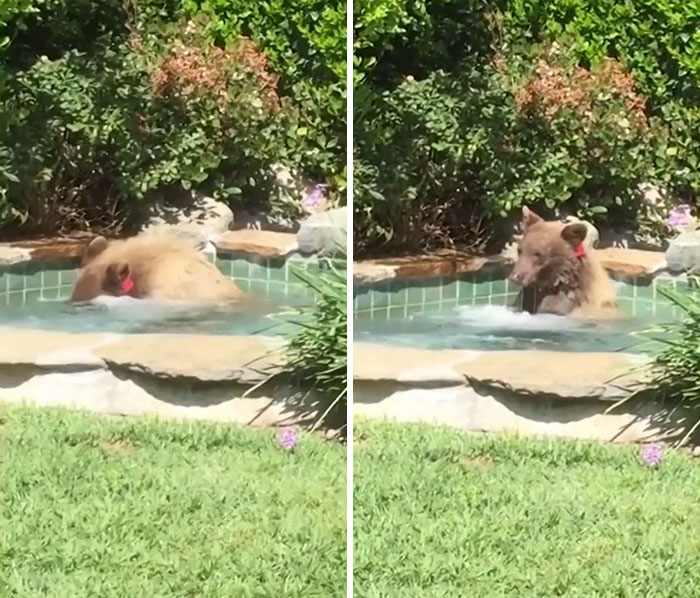 You can see in the footage the bear enjoying the bubbling water of the hot tub.

He also played around with the chlorinator and thermometer by throwing them around in the air. 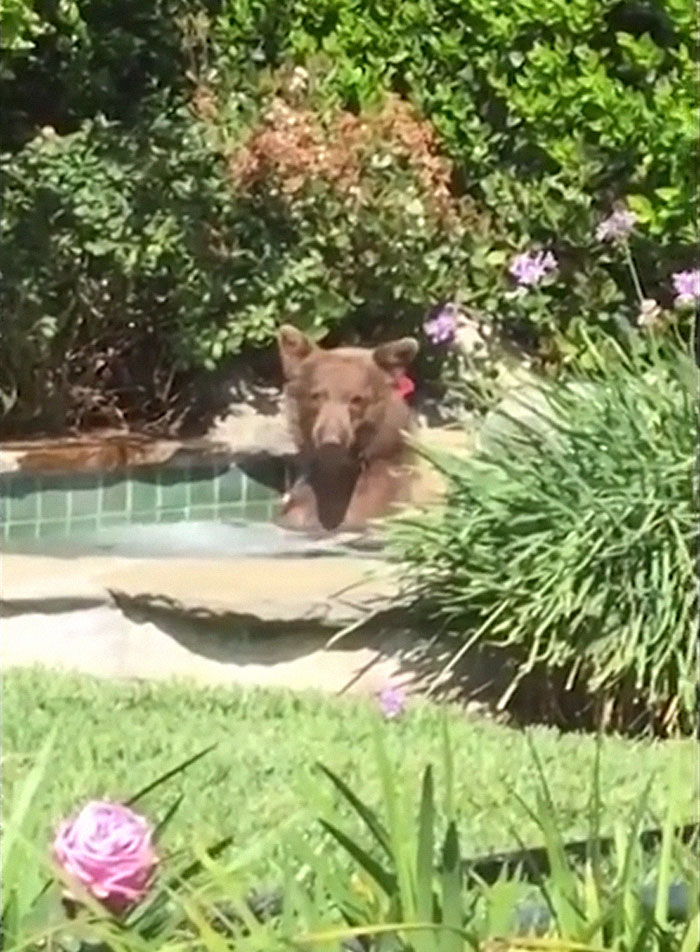 “He was playing having a grand old time.”

Check out the full video below:

“It then got out of the hot tub and it “popped out of the bushes, walked right over to the margarita, knocked it over and lapped it.” 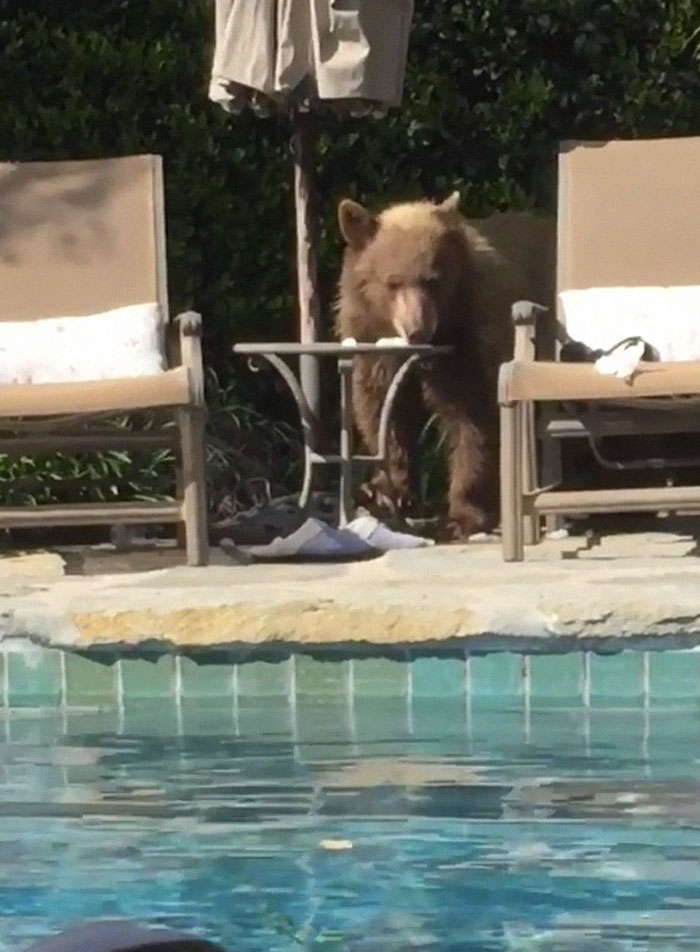 As if the day situation couldn’t get more bizarre. It even took a break after boozing and cooled down.

While Hough was talking to a neighbour, he saw some oak leaves fall to the ground, so he looked up and saw the bear having a nap in the tree. 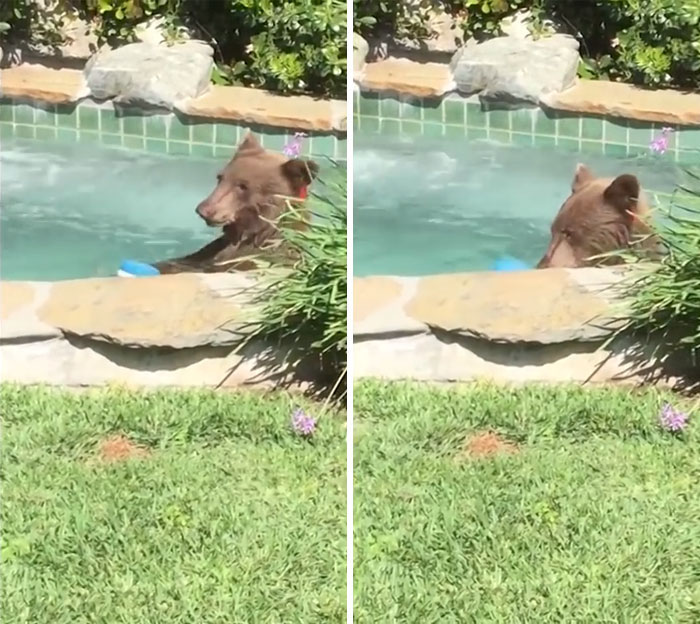 Eventually, the bear went away and Hough made himself some more margaritas to make up for the one he lost.