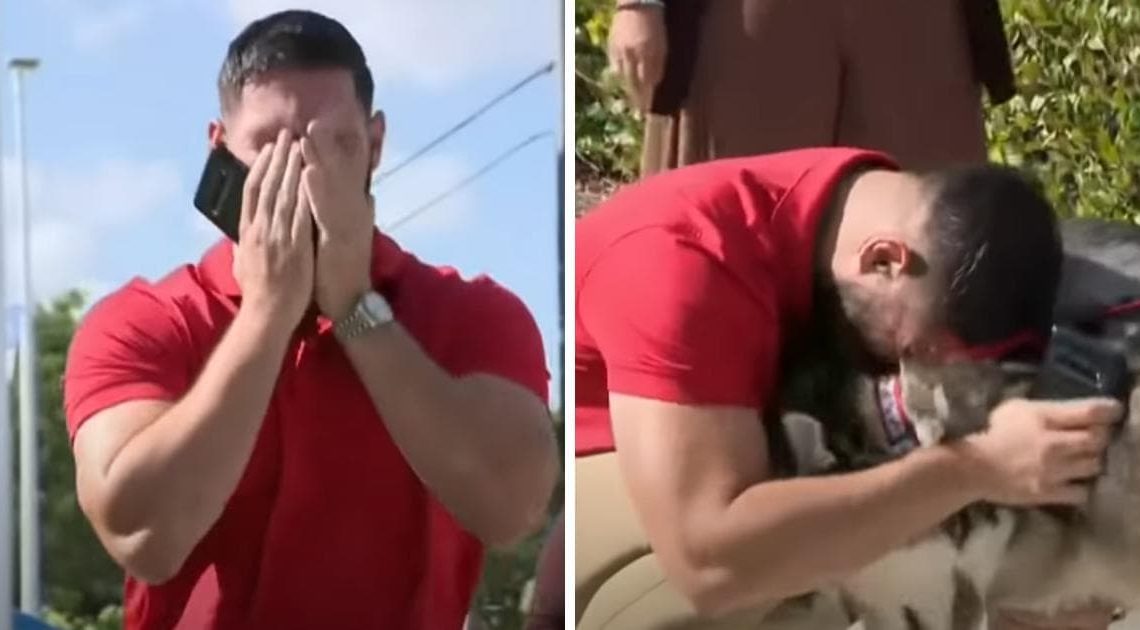 Millions of pets go missing in the United States every year, leaving families around the country devastated and in search of their beloved animals. Even if stray animals somehow make it to local shelters, that doesn’t guarantee that they will be reunited with their families either. Another family might adopt your pet, or, in the worst circumstances, the shelter might euthanize the animal.

In Oct. 2019, Miami resident Sandy Hernandez was among the many unlucky dog owners who had to search for his lost animal companions. Hernandez’s two Siberian huskies, Ragnar and Kloud, hopped the fence at home. Shortly thereafter, Hernandez took to the streets to look for his two canine pals, posting flyers all over his neighborhood. Although many dogs are never reunited with their original owners, Hernandez’s story has a happy — if not surprising — ending. Hernandez received a call from a man who had said that he dropped the two dogs off at Miami-Dade Animal Services in Doral, Florida. But when Hernandez arrived, he saw something unexpected.

His two furry best friends were standing right out in front of the Animal Services building. And, strangely enough, they were being photographed. It turns out that Ragnar and Kloud, two young and beautiful blue-eyed huskies, were part of a photoshoot for Ocean Drive Magazine to highlight pet adoption. But his huskies’ new job as pet models didn’t stop Hernandez from running up to Ragnar and Cloud in tears and interrupting the photoshoot. Hernandez was so excited to see his dogs that he didn’t even finish parking his car before running out to meet them. 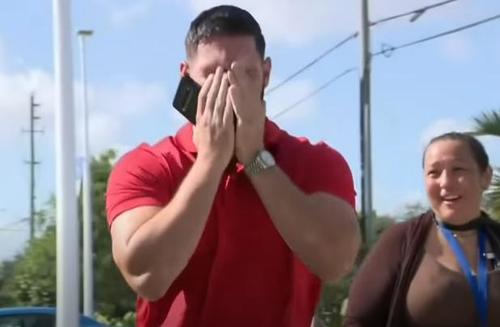 “That’s my dog, man! That’s my dog,” Hernandez shouted, according to CBS Miami. The local outlet was covering the Ocean Drive Magazine event when Hernandez ran into the frame and hugged his two fur babies.

“I’ll show you pictures and everything. Whatever you need,” Hernandez told a woman working the photoshoot.

“So, right now they’re doing a photoshoot, but we’re still very happy for you. Come here,” the woman replied, embracing a tearful Hernandez.

Hernandez, who describes Ragnar and Cloud as “his life,” decided to get his furry friends microchipped in light of their recent escape.

According to a five-year American Society for the Prevention of Cruelty to Animals (ASPCA) survey of 1,015 pet-owning households published in the academic journal Animals, 15 percent of pet owners reported a lost dog or cat during the study. With that said, more than 90 percent of dog owners were reunited with their pets. However, for the around 10 percent of families who never see their dogs again, the experience can be devastating. Emily Weiss, an applied animal behaviorist and vice president of shelter research and development for the ASPCA, offered some tips in the study to avoid that scenario. Pets, she argues, should be fitted with collars and microchips, for example. 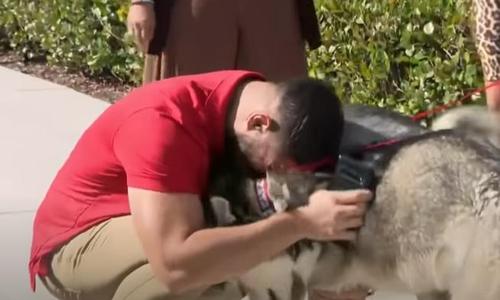 Furthermore, Weiss said that she was surprised by the finding that the majority of pets in stray shelters are, in fact, truly homeless.

“I think we have made an assumption about the stray pets in shelters — assuming that those animals are lost pets with owners that are actively seeking them,” she said. “While some of those dogs and cats are in fact lost, many of them are likely to be dogs and cats that are truly homeless.”

An NPR story from 2017 corroborates Weiss’ findings. There are more than 200 million stray dogs worldwide, and in the U.S., more than 3 million dogs enter shelters every year.

“People are often very often surprised when I tell them that the picture … of dogs running on highways and so forth, this is not just a third world problem — that exists here in the United States,” said Peter Zheutlin, the author of the 2017 book “Rescued: What Second-Chance Dogs Teach Us About Living with Purpose, Loving with Abandon, and Finding Joy in the Little Things” in his interview with NPR.

The good news is that rehabilitation programs are helping to increase adoption rates, which remains a pressing issue given that 34 percent of dogs are purchased directly from breeders and not from shelters.

Luckily, Hernandez was able to quickly find his dogs before they entered the overloaded shelter system. However, Hernandez’s story still serves as an important reminder for pet owners. It’s important to properly identify your cats and dogs both with a collar and microchip so that if they do run loose, they’ll eventually find their way home.