Meet Eris, the dog with the biggest snout in the world 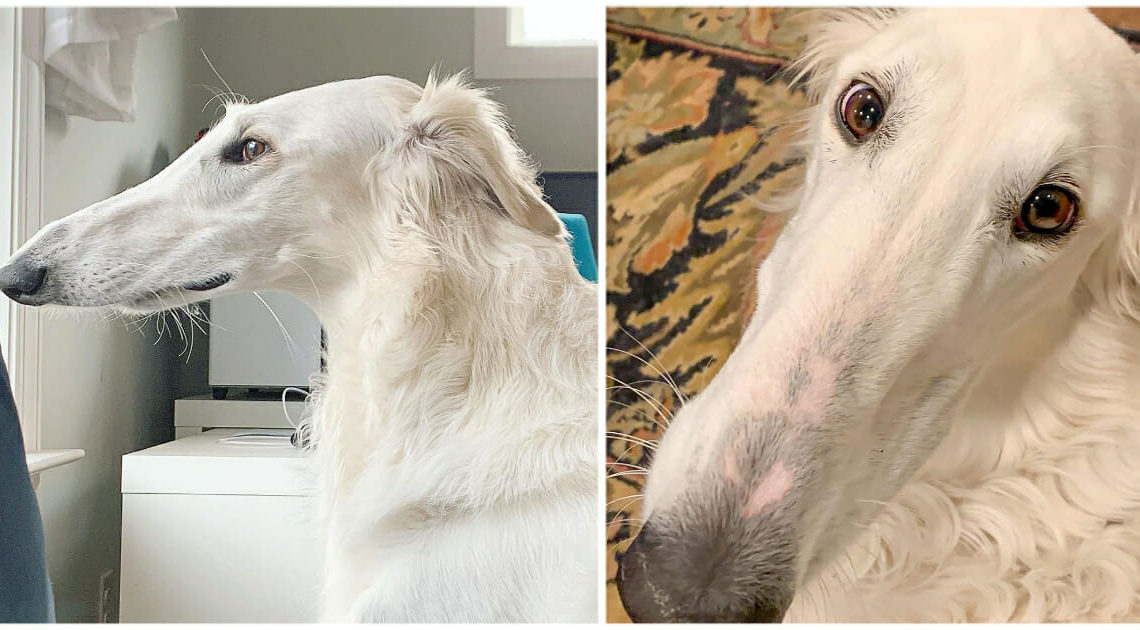 One of the things we love about social media is that there are so many amazing pet photos. Many animals become viral stars for their one-of-a-kind unique looks.

That’s the case for one beautiful dog, who’s going viral thanks to her extraordinarily large snout: 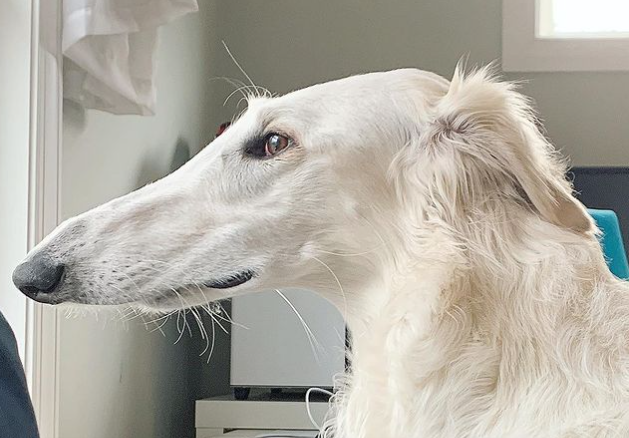 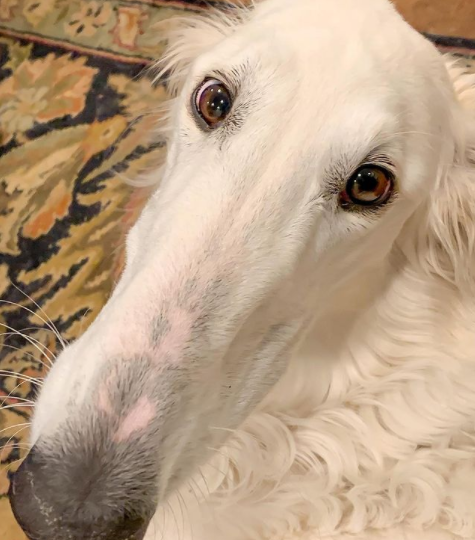 This long-faced dog is named Eris. She’s a Borzoi, or a Russian Wolfhound. She lives in Richmond with her owner Lily Kambourian.

Eris’ snout measures 12.2 inches long, and while there is no official world record it’s believed to be the longest in the world. 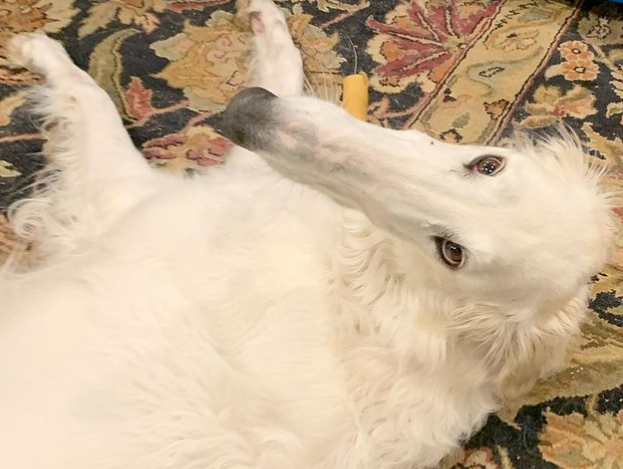 Eris recently celebrated her second birthday: she was born May 19 2018. Lily adopted her that July as a puppy, and it was immediately clear that there was something different about her.

“This would rule them out for any dog shows as it is a genetic defect,” she told LADbible. “But that didn’t bother us. She came right up to us and sat on [Savannah] my partner’s lap.” 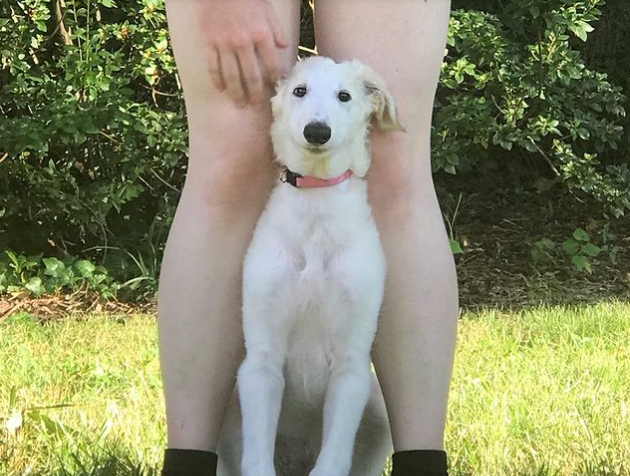 The good news is that Eris’ “defect” hasn’t affected her quality of life in anyway. Despite the long face, this is one happy and healthy dog.

“We were warned when she was a puppy that she may be having dental issues, where the teeth would poke into the gums and she may have needed canines removed,” Lily said. “But she just sort of grew past it.”

There are no issues from her long nose, she drops food everywhere but so do I.”

If anything, Eris’ big nose is a blessing: “She is very good at sticking her nose into very small gaps between couches, fences, or people enjoying a meal at a table – so certainly her pointed nose is advantageous there. 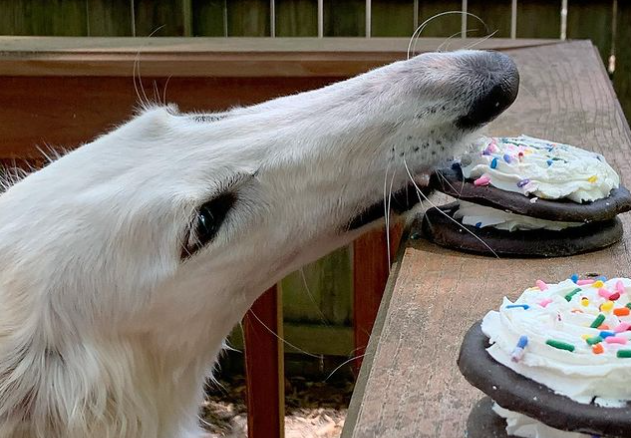 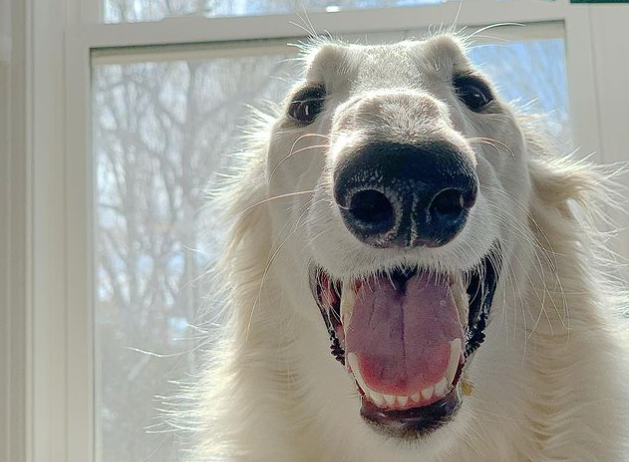 The only difference is that they often get stopped on the street from curious passerby wondering what breed of dog Eris is—not that Eris minds the attention.

“She’s got a really big personality, and a lot of our neighbors know who she is, and she loves saying hello!” Lily told Metro. 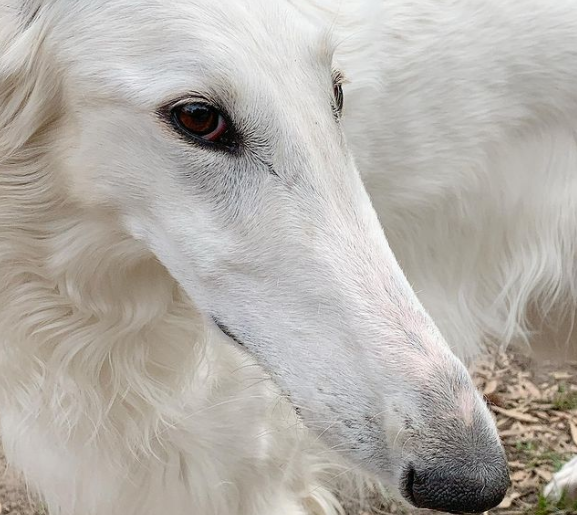 People all over the world are in love with this unique dog. She’s become a viral star online, and her Instagram account has over 180,000 followers.

It took the owners by surprise—they just started the account for personal use.

“We actually started Eris’ Instagram as a scrap-booking project with the intentions of having a place for us to look back on her growth and have a favorite picture from each day,” Lily said.

“It’s been wild to watch it grow in the way that it has.” 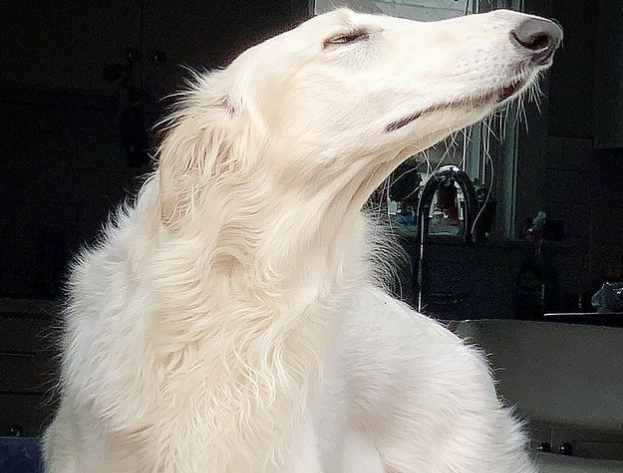