Scarlet the cat and her five kittens lived in Brooklyn in an abandoned garage that people illegally used as a crack house. 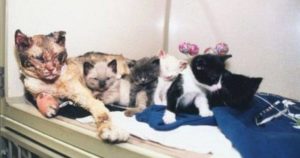 On 30 March 1996, unfortunately, a huge fire covered the garage and Scarlet, and her kittens had almost died, but Scarlet couldn’t let that happen, so she carried her kittens outside to safety one by one. She entered the building five whole times to save her babies.

After managing to save all of her babies, she wanted to make sure that all of them were safe by touching them with her nose as it was impossible to see them from the blisters on her eyes. As soon as Scarlet realized that they were all well, she collapsed. 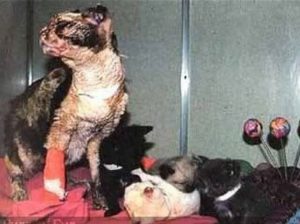 The firefighters immediately took the little feline family to the vet at North Shore Animal League in Port Washington, New York. They were all treated with love and care. Sadly, after a month of treatment, one kitty couldn’t make it because of a virus. Nevertheless, all the other cats were treated well. After about three months of treatment, they finally recovered and were ready to find forever homes. 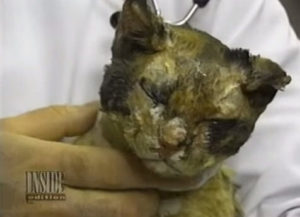 Brave Scarlet, who had to go through “hell” to save her precious kittens,  lost her battle with multiple illnesses after living with her adoptive family in Brooklyn, New York for over 12 years.  On October 15th, 2008 sadly Scarlet passed away, however her impressive story still stays and shows her uncompromising love and triumph over all odds! 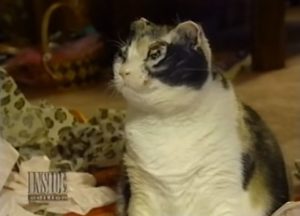