Much Smaller Than The Rest, Unable To Nurse, How Was He Even Still Alive? 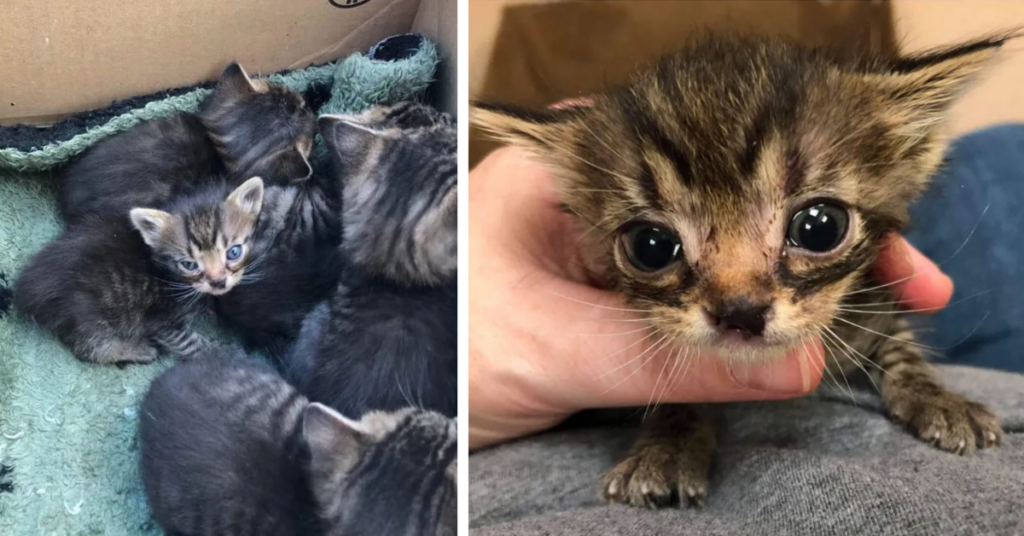 A LITTER OF KITTENS WAS FOUND NESTLING BEHIND STACKS OF DRYWALL. ONE OF THEM WAS MUCH SMALLER THAN THE REST.

Rescuers from Elkhart County, Indiana, were contacted recently regarding a highly elusive, and very feral cat who had just given birth to a litter of kittens. Unable to locate just where this family was in such a wide search area, they continued feeding other community cats, hoping they would soon find them.

“We marked our calendars for four weeks after they were born and went on a search for them. Momma had over three acres, three houses and several outbuildings to hide them,” said Missy McNeal of Catsnip Etc. 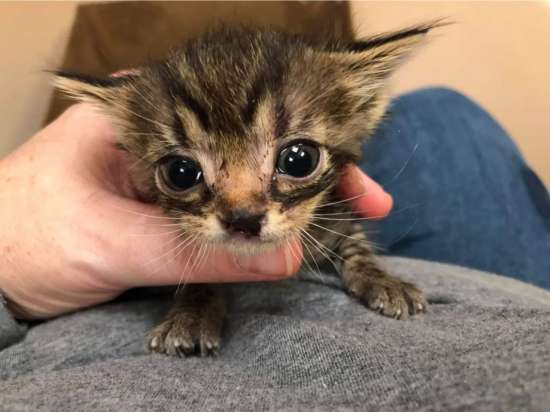 “The caretaker of this cat colony had been trying to catch her for over three years, but she was smart. We saw momma run out of a side garage and went to investigate.”

After hunting high and low and turning up empty-handed they were more than a little surprised to find the entire family very well hidden behind a stack of drywall. 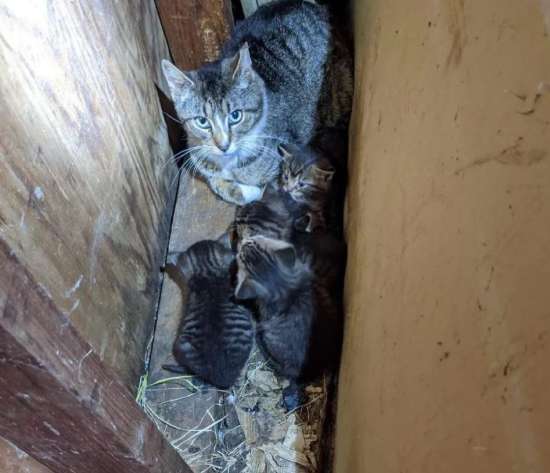 –Blind, frightened, and very much alone, they are unable to fend for themselves, desperate for warmth, and more importantly, food!

“We noticed right away that one of the kittens was 1/3 the size of his siblings. A quick exam showed he had a cleft lip and explained his size difference,” Missy said. 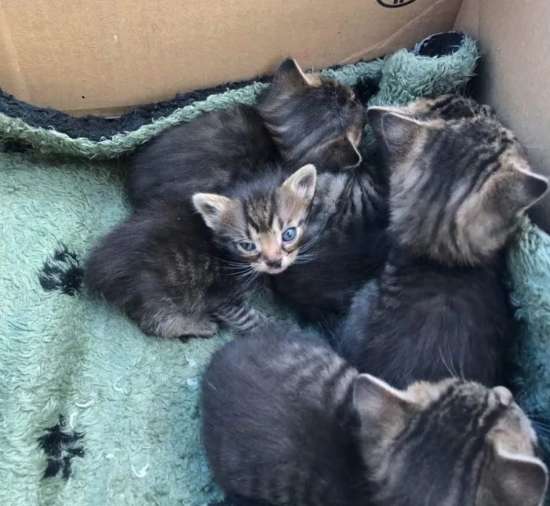 The tiny boy was more than struggling to nurse as he had a cleft palate.

“He definitely would not have been able to get a good latch on his momma to get milk. It’s a miracle that he survived.” 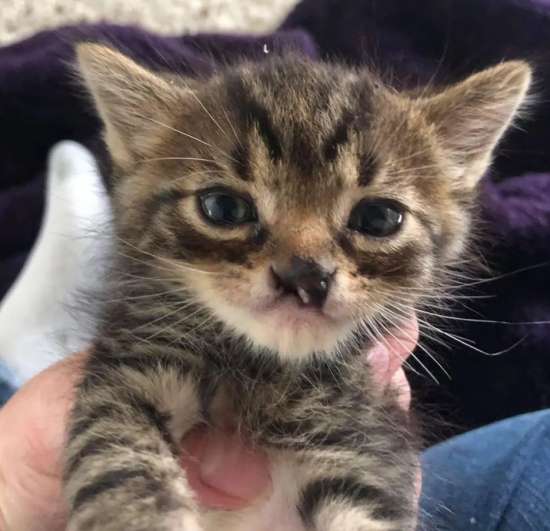 Mom never returned, so her kittens who were now quite handy with self-defense skills, hissing and spitting all the while, as they were rescued.

“We knew we couldn’t leave them there any longer. We didn’t want them to grow up feral and living outside if they didn’t have to,” Missy added. “The cleft lip kitten (Samwise) also needed help, as he couldn’t survive long on his own.” 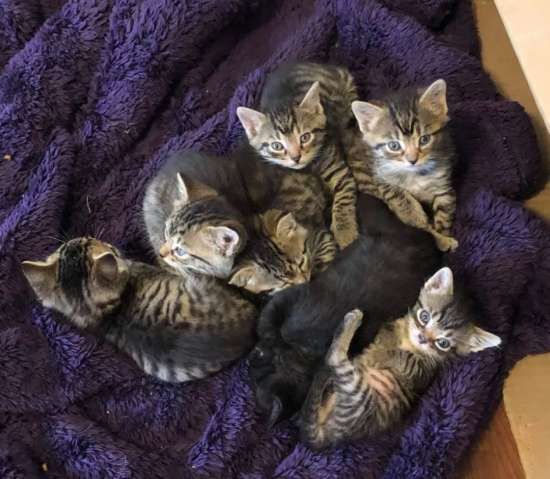 The kittens were immediately placed into foster care to help with socialization, now in the comfort of a loving home.

“We started bottle feeding and figuring out what Sam needed. He weighed just six ounces when we got him. Luckily, he just had a cleft lip and his palate wasn’t affected,” said Missy. 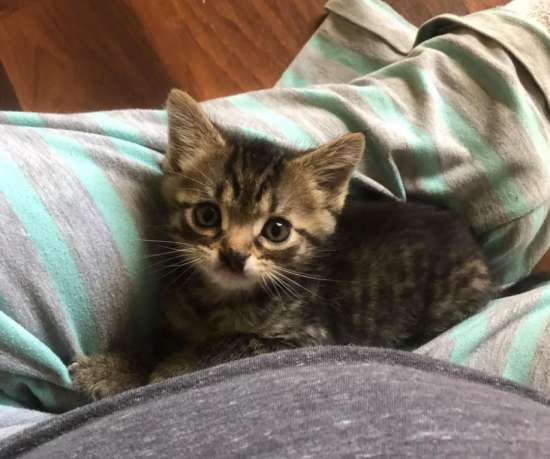 “He would hop up and down knowing we were coming with food. He is amazing and has such a fighting spirit,” said Missy.

“At feeding time, Sam will be eating and one of his siblings will come over to see if it’s their turn for the bottle. Without missing a beat, he puts his paw out to push back their heads and just keeps eating. I don’t think he would have made it if he wasn’t so determined and stubborn.” 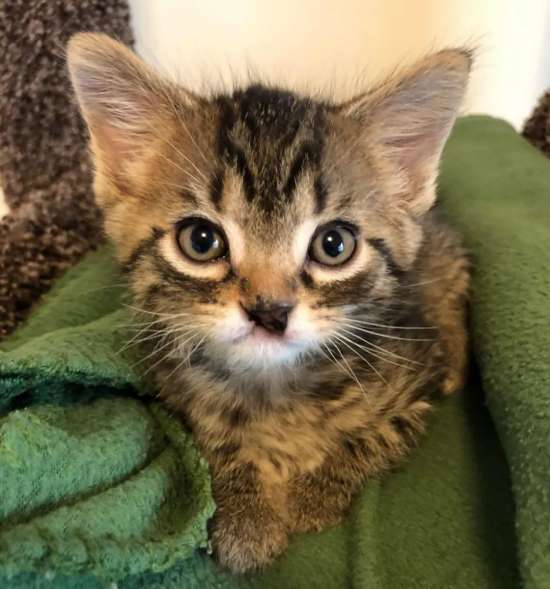 After such a huge setback in his start to life, Sam was working on gaining weight, and strength, while his siblings were gambling around climbing cat trees. Not one to be left out, it soon turned out Sam had a plan.

“The next day when I checked on him he had gotten himself up on the cat tree and was laying with his brothers and sisters. His size doesn’t stop him from doing anything,” said Missy. 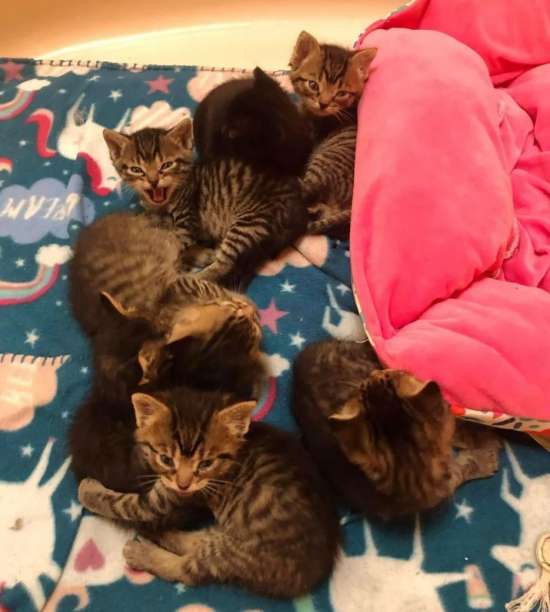 “He never gives up and tries to do everything his brothers and sisters are doing. He loves to play and cuddle and just constantly purring.”

Once Sam had reached one pound in weight, a huge milestone in his short life was reached along with a rapidly emerging, increasingly mischievous personality.

As the kittens continue to grow their rescuers kept searching for their mom, eventually tracking her down and getting her spayed.

She, along with many other ferals are cared for by local volunteers, working hard to give them the best quality of life possible. 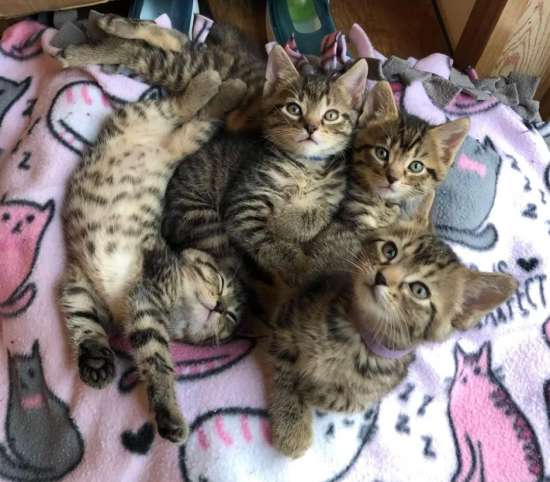 am meanwhile will have his cleft operated on when he is old enough, along with any other corrective surgery he may need to give him the best life ever.

“For now, he just gets to have all the love, snuggles and milk (kitten formula) he wants.” 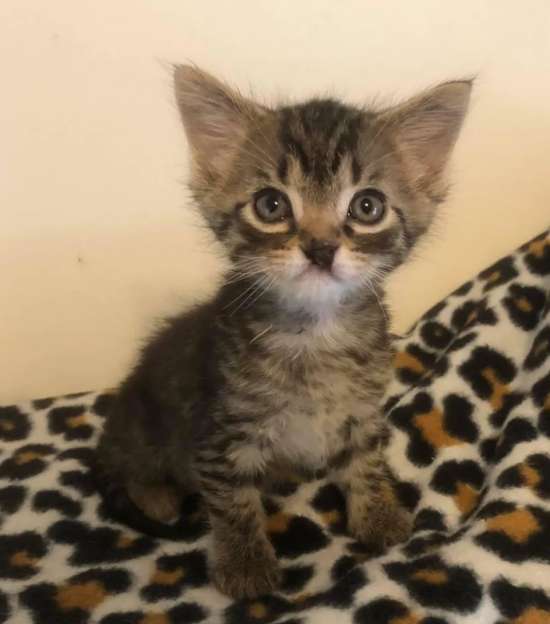 Keep up with all the news on the kittens and Catsnip Etc. here on Facebook and also here on Instagram.

Time And Time Again She Goes Back Through The Flames, Becoming More Badly Burned Each Time, As One By One, She Rescues Her Kittens!