Noisy And Curious, The Green Jay Is The Gossipy Neighbor That Makes Our Life Way More Interesting 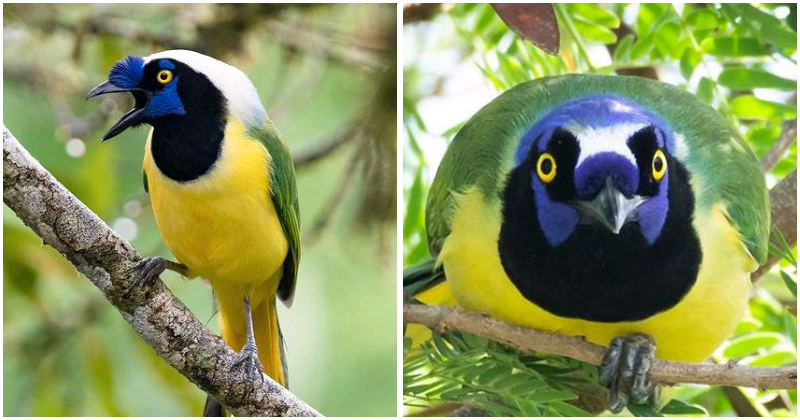 Life would be so boring without chatty friends who could be fascinated by literally the most normal things out there, and these fun guys also appear in the world of birds. Meet the green jay, a cute birdie with an outstanding coat and hilarious personality. It’s rowdy, it’s curious, and it’s amusingly social. 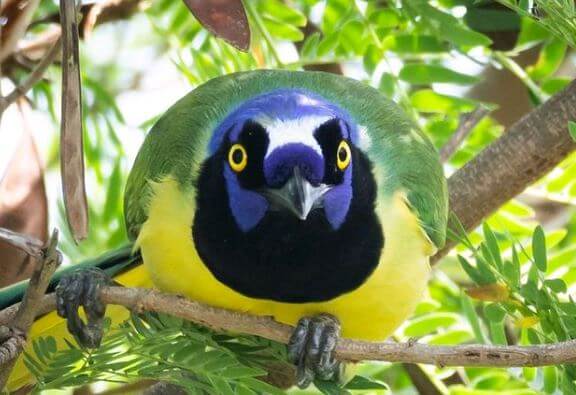 Like other species of the New World jays, the green jay (Cyanocorax luxuosus) is quite colorful and noisy. In addition to the eye-catching rich green back and wings that make its name, it also has yellowish-white feathers with blue tips on the top of the head, cheeks, and nape; bright yellow underparts; black face and bib; and large nasal bristles forming a prominent blue crest. 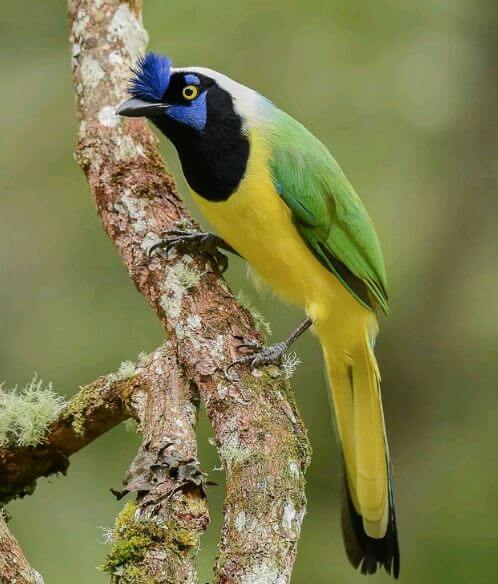 Its iris also comes in different colors, from dark brownish to bright yellow depending on the subspecies. 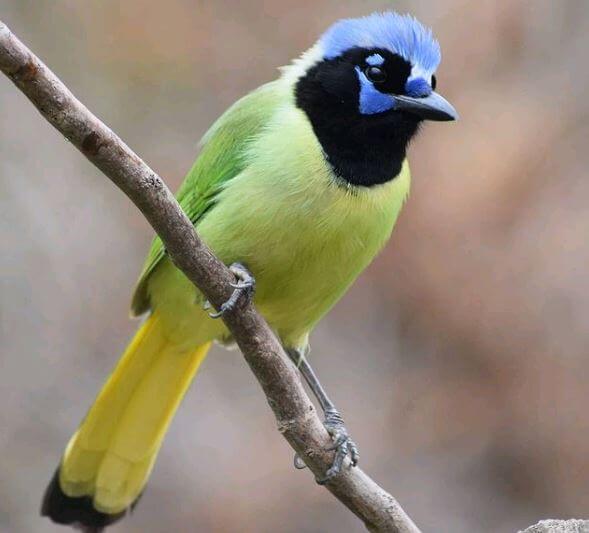 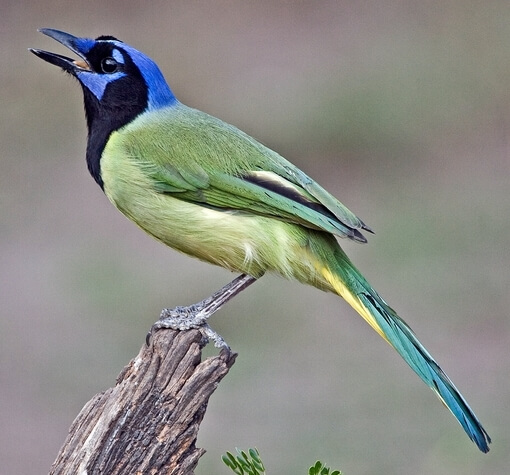 The green jay’s calls are impressively extensive just like other members of its family. Many unusual notes have been heard while it sings. And if you happen to hear its sound in the early morning, there’s a good chance that you will mistake it for someone’s alarm bell.

You can listen to this charming guy here:

This cute little birdie is native to Central America. It can be spotted in brushy wooded areas in lowlands, from southern Texas to Honduras. 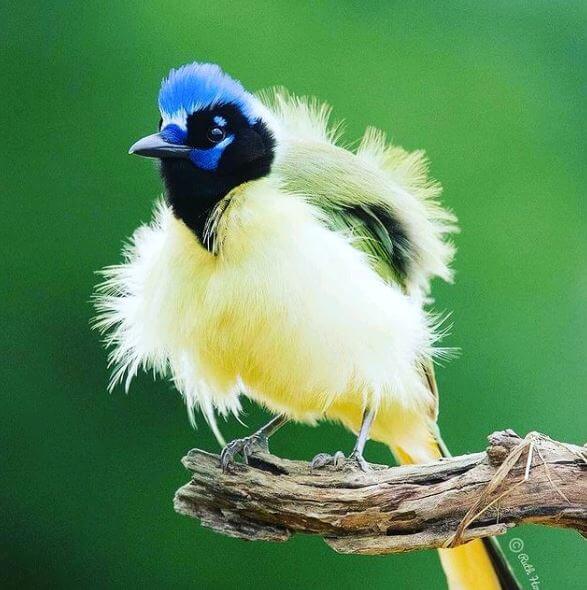 Living near acacia, ebony, hackberry and short oak trees, the green jays dine on various fruits, seeds, cereal grains as well as a variety of insects and other invertebrates. Of course, as an omnivore, it would not say no to any meat or human scraps either. 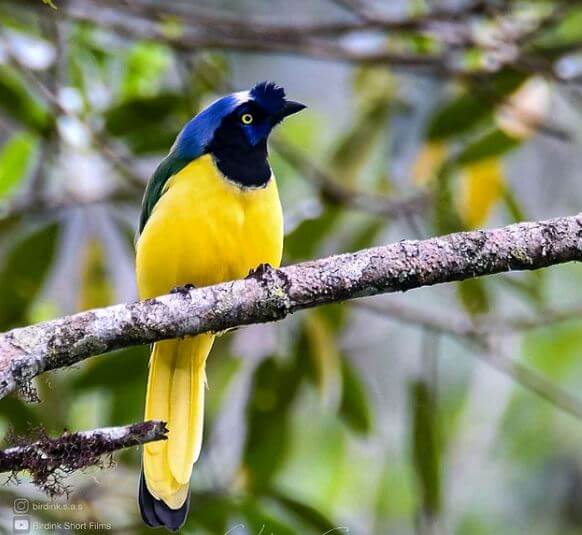 During the breeding season, the female is the only one to be in charge of the eggs. It often lays 3 – 5 eggs into a nest made of sticks, thorny twigs, rootlets, grass, moss, and leaves and incubating them for the next 17 – 18 days. Afterward, the male joins its partner in feeding their chicks for about three weeks. 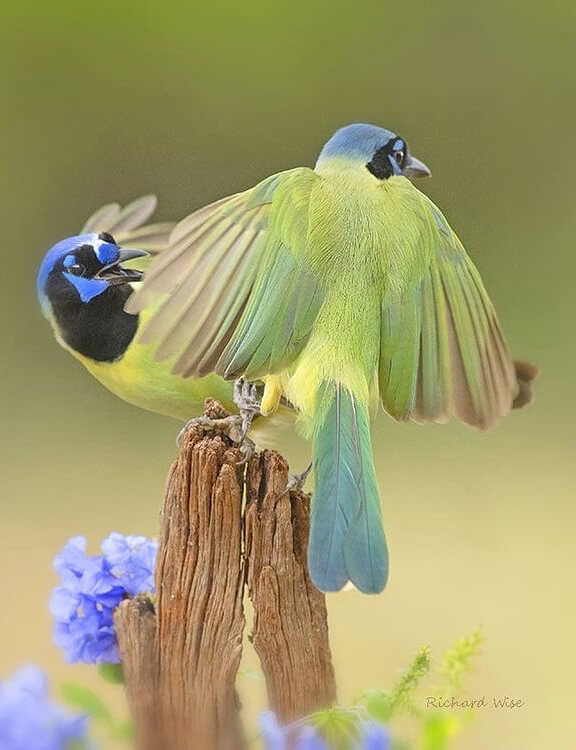 Because of its wide range, the green jay is rated as “least concern” by the IUCN. It’s safe to say that this beautiful bird is not under any threat so far. 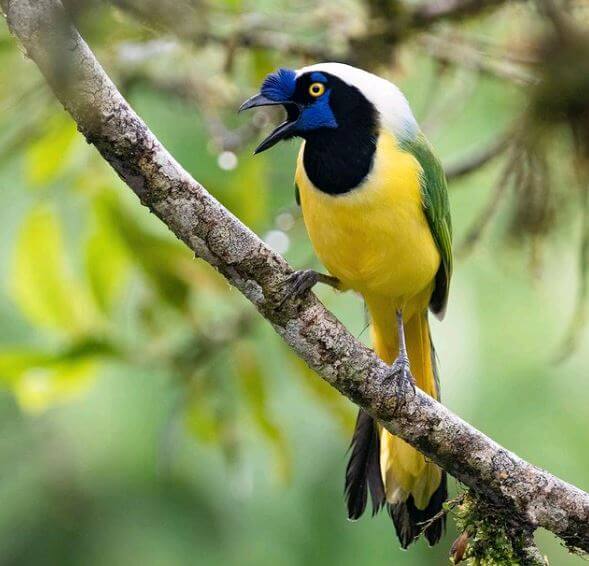