Once In A Lifetime Photos Of A Grizzly Encountering A Wolf, Captured By Photographer 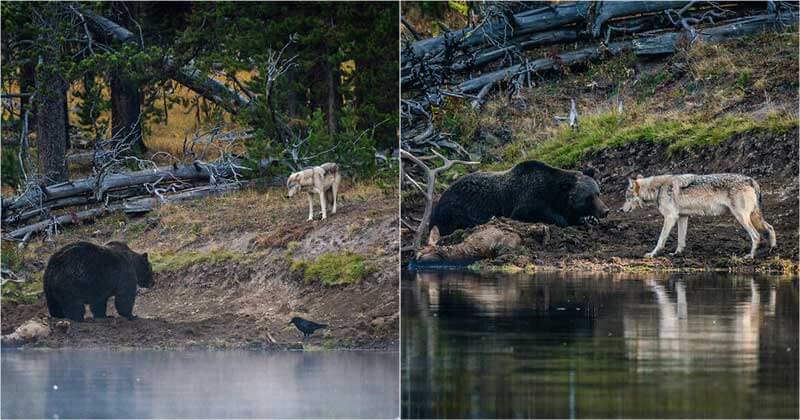 To any photographer, capturing a “once in a lifetime” photo is like winning a lottery ticket. Not all of them have that luck even when they have a careful plan to take that photo. A Montana traveler and photographer named Seth Royal Kroft grasped his chance to take such photos. Keep scrolling! 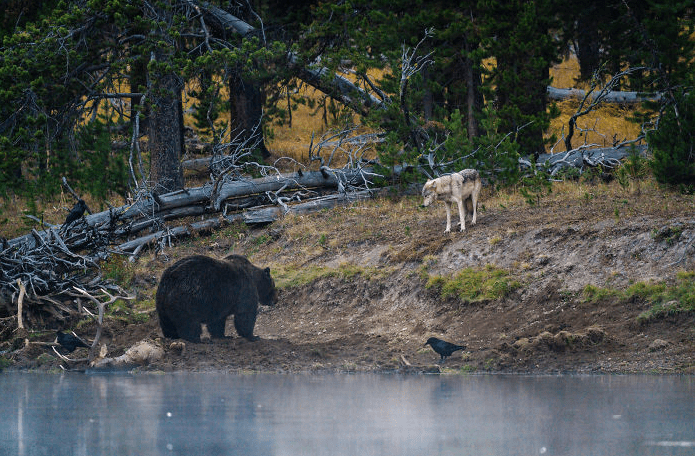 Seth Royal Kroft grew up in Montana. He is keen on spending most of his time in the mountains. The photographer takes pictures of any animal that he encounters.
Till recently, Seth focused on the ‘wildlife’ lens.” And one of his prominent works till now is the close encounter of a grizzly and a wolf close. These priceless moments were taken on the riverbank of Yellowstone National Park. 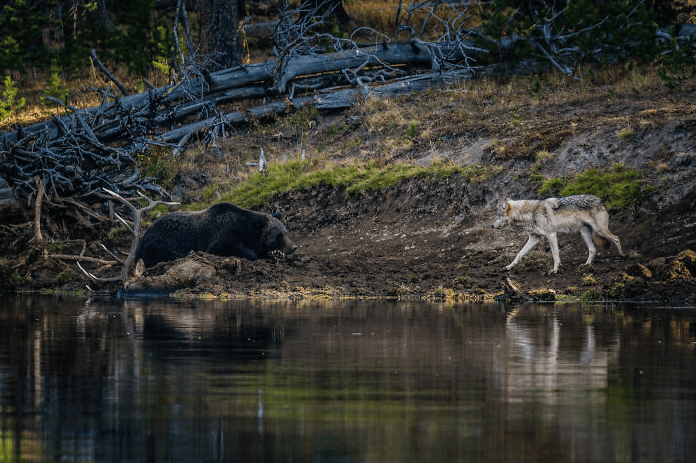 After hearing about a grizzly bear took down a large bull elk in the park (drowning then pulling it on to the riverbank), Seth decided to come to the scene to take some photos. 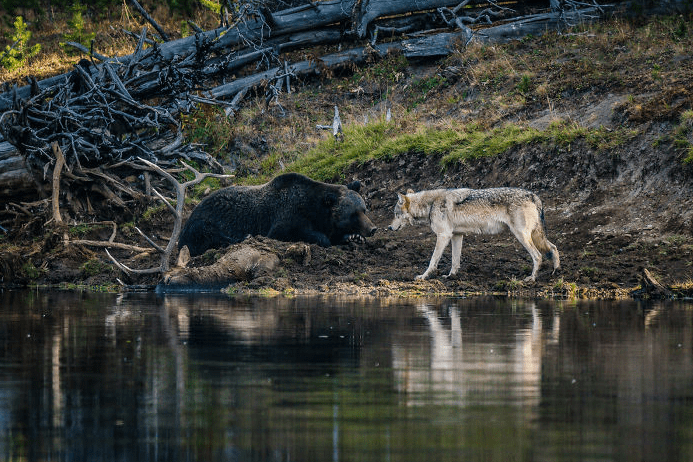 Seth started going there from 2 a.m and arrived there by 6 a.m. He said that it’s was still dark at that time. He took a hot cup of noodles while waiting for the grizzly to appear. When the sun began to rise and the mist slowly subsided, he began shooting.

But something more exciting coming into his lens. A grey wolf walked out of the woods after sniffing the large decaying animal. And this enabled the photographer to capture some of the greatest pictures in his life. 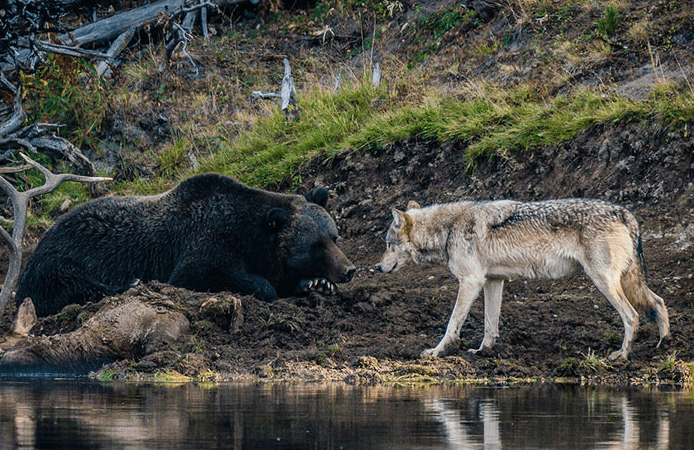 This was the first time that he approached a wolf. “It was very exciting. I have encountered black bears while camping a number of times over the years, but they are relatively harmless in most situations. I’ve only come across grizzly bears a few times and only in Yellowstone park. All that to say I will still generally carry bear spray on my person when hiking in potential bear country.” He said. 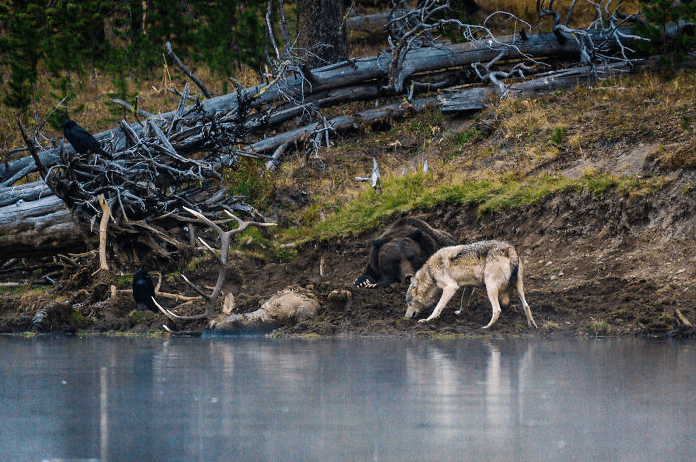 The grey wolf appeared when it was still a little dark, so Seth had to go through the low-lying river fog to see him. He kept leaving and then coming back a few times during the next few hours.

The grizzly bear later also spotted the intruder but he didn’t care much about it. “As large as it was, the grizzly knew a single wolf wasn’t any kind of threat. The wolf seemed to have a mischievous, playful demeanor. As if it was a game. It would slowly get as close as it could to the elk carcass, achieving a distance of mere inches from it before the bear would stir slightly and sent the wolf quickly retreating.” He said. 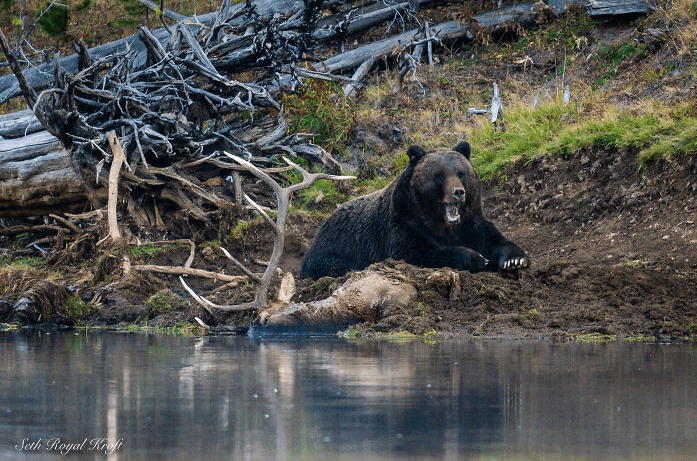 After four times failing to approach the bear, the grey wolf disappeared back into the woods.

You can watch the encounter here.